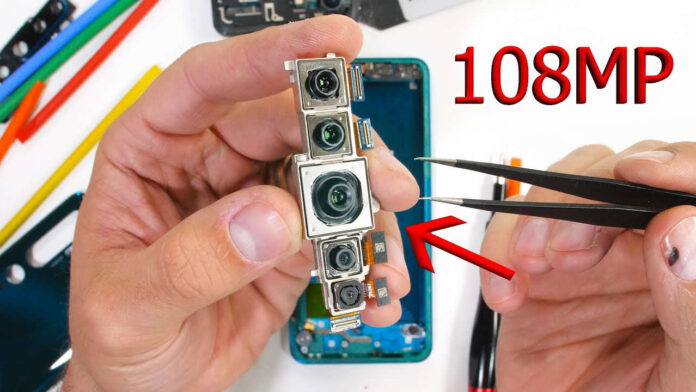 It was only a matter of time before JerryRigEverything smembrasse Xiaomi Mi Note 10 Pro in the new teardown. The youtuber got us used to the video right after the initial endurance test and so it was, although this time a little more time has passed. After having appreciated the constructive invoice, we can take a more "introspective" look on the phone. This for the maxima variant available, different from the basic one for two specific details: memory cuts and the lenses of the main sensor.

READ MORE:
Xiaomi Mi 6 Classic is a return to the origins: ready to debut?

Once you have removed the back cover, glued to the body, and the 17 screws of the plastic cover, you have access to the battery and motherboard. Also there penta room it is protected by a plastic section, where we find the lenses and the 4 LED flashes, two normal and two lighter. For the occasion, Zach decided to "compare" it with Samsung Galaxy S20 Ultra, with which it shares the same number of mega-pixels. On the back the primary sensor is from 108 MP, although the configuration of the sensors is not the same at all. The Korean flagship went further, integrating a periscope telephoto lens that takes up more space. But it is well known that software plays a fundamental role, quite different between the two companies, as opposed to the sensors used.

Unlike other more difficult to disassemble smartphones, the Xiaomi Mi Note 10 components are rather easy to remove. Especially the battery, thanks to the special inserts to be removed. Below it you can also see the ID sensor for unlocking, located under the AMOLED display. The only visible flaw is the flip scooter, too small, an aspect that Xiaomi has improved notably with the arrival of Mi 10.