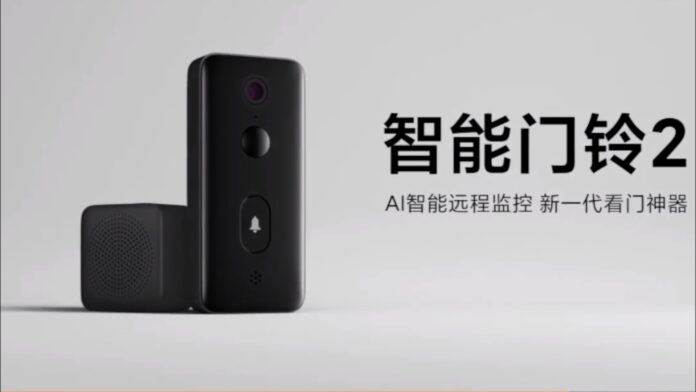 Taking a look at all the Chinese companies that manufacture accessories, we find almost nothing better at Xiaomi. On the part of this company, in fact, there has always been particular attention to any sector and category of products. Reason why, over the years, it has received many praise from a large audience, not only at home. Let's see, therefore, how in the last hours a new product has arrived on the market, that is Xiaomi Mijia Smart Video Doorbell 2, the second edition of the famous video bell. Obviously though, this is for sale on Xiaomi YouPin.

Looking more closely at this product, we do not notice big differences compared to the previous edition. From a certain point of view, however, Xiaomi has decided to slightly modify the design of this device, starting from the new black color. Compared to Zero smart doorbell, then, we find a better sensor for the camera upper, which in fact has only the task of scrutinizing those who are on the opposite side of the door. Below, however, the key for the bell.

ALSO READ:
Xiaomi Mi 10 S in sight, with an even larger display

Obviously this device uses theartificial intelligence. The moment a movement is detected in front of the door, this system will automatically send a photo to the smartphone. If this were not enough, however, the facial recognition. It is not a device, however, that has its own operation. This Smart Video Doorbell 2, in fact, can also interface with all the other smart home accessories, always via your own phone.

Xiaomi Mijia Smart Video Doorbell 2 will be sold on Xiaomi YouPin starting from11 March. During the crowfunding, then, the asking price will be 179 yuan, approximately 22 € at the current exchange rate. After this campaign, however, this will increase to 199 yuan, therefore 25 euros.

Are you interested in the new Xiaomi doorbell? Don't worry, because it is already available on Banggood and is on discount with Coupon. Below you will find the link and the code to use.