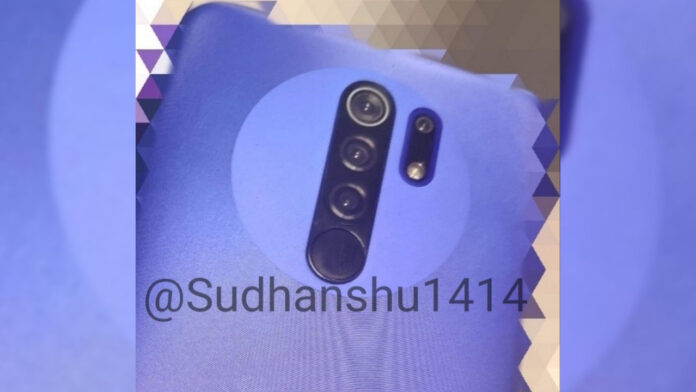 In the last period, the Chinese company has been involved in the launch of the flagship K30 Pro, the first true top of the range of the brand with support 5G. There was no shortage of news for the middle range - even for us Westerners - with the launch of the Note 9S, but it seems that Redmi is not going to slow down. In fact, after the various rumors of the previous weeks, here it is finally redmi 9 is shown in the first live photo, complete with specifications.

Upgrade 30 / 03: the smartphone seems to have also been certified by the 3C body. Find all the details at the end of the article.

Unlike the previous rumors, in this the leak comes from Sudhanshu Ambhore, Indian leaker in generates quite reliable. Through his official Twitter account he shared what should be the first live image of redmi 9, accompanying everything with various specifications. The information would come from a Chinese source and see the new mid-range equipped with the Soc MediaTek Helio G80 (so not the G70 or P75, as previously reported).

In addition, Redmi 9 would be equipped with one Quad Camera (clearly visible also in the photo above and included in a circular section that mimics the older brothers of the K30 Pro series). This would consist of a main sensor from 13 MP, a lens wide-angle lens da 8 MP, a form from 2 MP dedicated to depth field and one from 5 MP for the shots Macro. Finally we report the two colors currently known, Purple e Green. The body of the device is in polycarbonate.

Should be under 10k

To conclude, the leaker is also unbalanced on the price (of course it could also be his hypothesis), claiming that the figure will be around 10.000 Indian rupees, about 119€ at the current exchange rate.

At the moment everything is to be taken with due precautions and as soon as we know more about Redmi 9 (maybe with new images and details on the technical sheet) we will update the article.

According to what was leaked by Xiaomishka, on the database of the Chinese institution 3C would have passed Redmi 9, codenamed M2003J15SC. And as you may know, this type of certification lets us know what charging will be supported by the phone in question. In this case, the MDY-11-EM power supply supports charging a 22.5W: is it finally time to improve the reload of the Redmi base series?