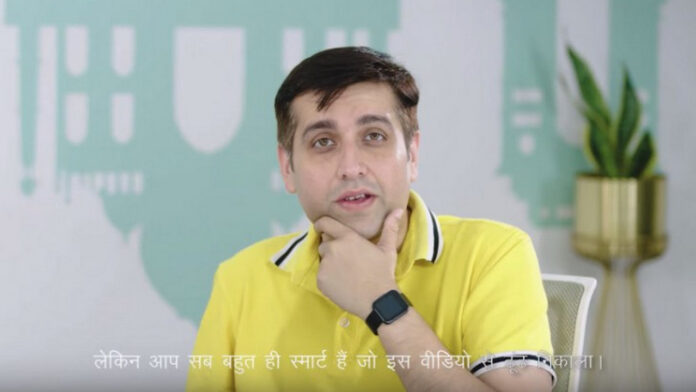 Se the cancellation of the event dedicated to the new models of the Narzo series could suggest a change in the plans of the Asian brand, luckily the CEO thought about it Madhav Sheth to restore some balance. And he does it with a video in which he reveals the news coming for the brand, including - of course - Realme Watch, the company's first smartwatch.

The manager published a video to update fans on the brand's upcoming news. And among these, the first could not be missing Realme smartwatch, present on the wrist of the CEO. The specifications were not revealed, nor details on the price, but it is possible to have a first look at the look. We will have a square Apple Watch-style display (and in style Xiaomi Mi Watch) and a black strap but unfortunately nothing else is shown.

At the moment the device name has not yet been confirmed, but given the debut of OPPO Watch, one could speculate that wearable could actually arrive on the market as Realme Watch, simple and immediate.

Among the other news mentioned by the CEO we find Realme 6 Pro in the Lightning Purple version and the arrival of new straps for the brand's smartband. As for future plans, remember that the company also plans one Smart TV and one speaker.

Huawei P40 Pro review: the best in all (or almost)

Honor 30 Pro: the Superluna protagonist of the first sample photo