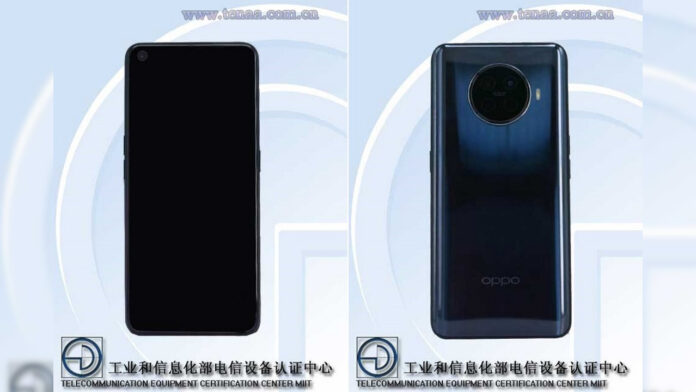 The last few days have seen the multiplication of rumors related to OPPO Reno Ace 2, Smartphone spotted live e subsequently confirmed by Brian Shen. The launch is scheduled for April and as proof of the fact that the home debut is not far away, the flagship appears on the TENAA portal with the first images.

10 / 04 Update: the Chinese company confirms various features of the display, which are added to those on the battery. Find all the details at the bottom of the article.

28 / 03 Update: after pictures of the device, in TENAA also published the full specifications.

Similarly to the 3C certification - which confirmed the presence of the refill from 65W - the device arrived on the TENAA website with the initials PDHM00. As can be seen from the images above, OPPO Reno Ace 2 has a very design similar to the device spotted live a few days ago, with a main camera (consisting of 4 sensors) inserted in a module circular, in the center of the body. The flash LED it is positioned on the side of the compartment and this detail is completely missing from the live photo: therefore it was either a "reliable" fake or a prototype unit (wanting to be right-thinking).

Returning to the characteristics of the device, there is a large panel with a front forum for the selfie camera. Unfortunately, the portal of the Chinese certification body has not yet confirmed the specifications of the smartphone; however the appearance of the images of OPPO Reno Ace 2 it suggests that not much is missing at the release of the technical sheet. As soon as they appear we will update the article.

As for the launch, Brian Shen confirmed his debut in April but a date is still missing. To conclude, we remind you that Reno Ace 2 could be the first model of the Chinese house to have support to 40W wireless charging.

Here are the specifications of the new flagship | Update 28/03

The TENAA page dedicated to the signed device PDHM00 - which should be next OPPO Reno Ace 2 - has been enriched with complete specifications. According to what reported by the Chinese institution's portal, the smartphone is powered by a 2.8 GHz octa-core SoC (presumably the Snapdragon 865) while on the memories side we find 8 / 12 GB of RAM and 128 / 256 GB of storage.

The photographic sector of OPPO Reno Ace 2 features one Quad Camera composed of a main sensor from 48 MP, accompanied by a wide angle from 8 MP and two modules from 2 MP (maybe Macro and depth). Black, Blue and Purple, Android 10 and - obviously - 5G support are expected. The specifications of the TENAA end here while from previous rumors we know that the device should have it on its side recharge wired by 65W of the predecessor and that wireless da 40W. 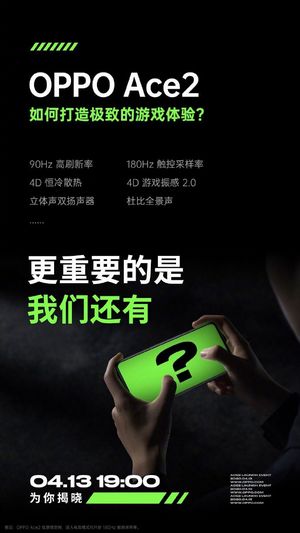 To the parade of confirmations from the TENAA certification are also added those of the Chinese company. The teaser you see above refers to the display of OPPO Ace 2 (without "Reno"), a unit with refresh rate to 90 Hz and a sampling frequency of the touch a 180 Hz. The poster also reveals support for 4D feedback (regarding the vibration system) and the presence of 4D cooling, a feature that is not specified and that could mean everything and nothing.

These features suggest a gaming smartphone, but VP Brian Shen still ensures that this will not be the case. Probably the device simply winks at gamers, also thanks to a first-class hardware compartment, while in terms of design it obviously renounces the typical styles of the genre (just note the aggressive looks of Black Shark 3 e Red magic 5g), in favor of a more elegant appearance (e here you can find the official renderings).