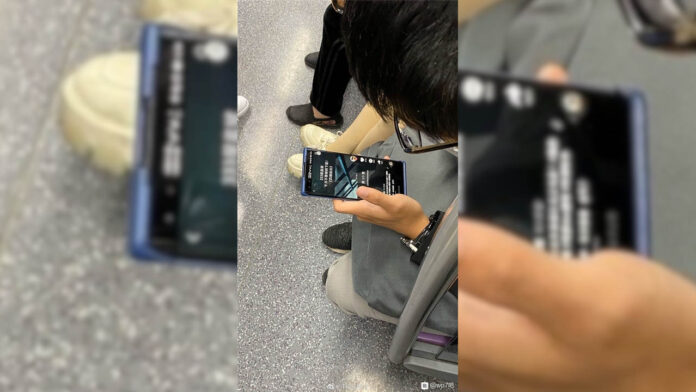 While we are waiting the launch of the 30S model - The 30 March - here are the first images dedicated to Honor 30 Pro, older brother whose debut would be scheduled for the month of April. The device would have been paparazzi in the subway and it seems that its user was testing the various features.

Honor 30 Pro paparazzato on the subway: here are the first live images of the flagship

For the moment little or nothing is known about the next top of the range of the Chinese house. Up to this moment the attention (official and non-official) was directed entirely to the 30S, the first model of the brand equipped with the Kirin 820 5G. However, there were some rumors about the photographic sector (you can find them here e here) but to date, the only images were those of some presumed render showing the back of the flagship. And instead, like a bolt from the blue, here it comes Honor 30 Pro in all its splendor.

The shots immortalize a smartphone with a particularly large display, with a double hole top left (look carefully at the photos) e BORDI curvi. A small note is necessary: ​​there is talk of Honor 30 Pro, yet the device looks a lot like Huawei P40 Pro, whose debut is set for today (you can follow the event here).

So the doubts remain and we can not help but look forward to further news. For the specifications, as anticipated, everything is silent and the only certainty could be represented by the presence of the SoC Kirin 990, of course with support for 5G.

OnePlus 8 vs OnePlus 8 Pro: all the differences, even in ...