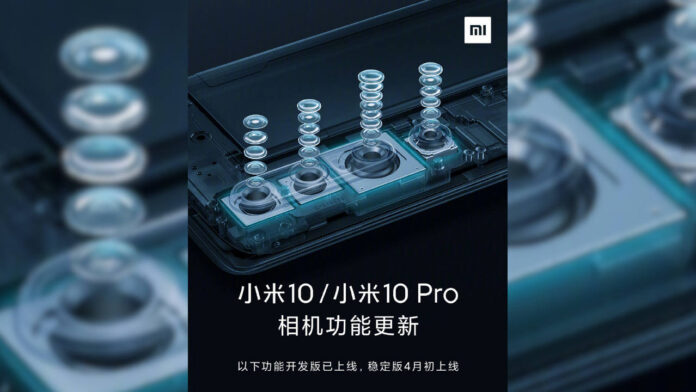 Very little is missing from the debut in Europe di Xiaomi Mi 10 e We 10 Pro and in the meantime there is no lack of indiscretions regarding the prices. The launch in China it has been happening for over a month and both models have already received various updates. The latest update further improves the photographic sector by introducing new features.

Xiaomi Mi 10 and Mi 10 Pro: the update that improves the camera arrives 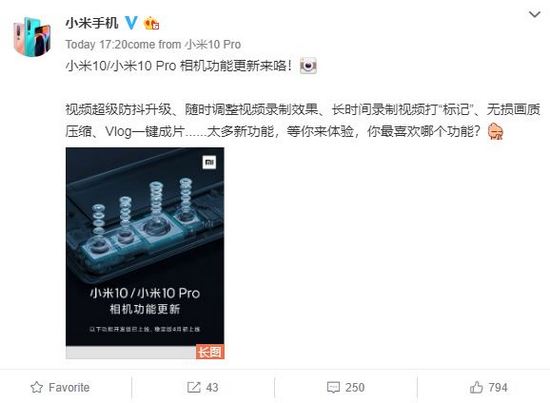 The confirmation of the release of yet another software update comes directly from the social channels of the Chinese brand, with a dedicated post. The reason for so much noise is soon said: Xiaomi Mi 10 Pro and his younger brother are preparing to receive numerous improvements in the photographic sector, specifically dedicated to the video part. First we have the introduction of the feature Super Stabilizer Plus, with a better anti-shake effect and a bigger ratio in the clips; we then move on to improvements regarding it zoom and adding new recording effects and mode parameters Pro.

Also new for videos in 8K and for the new features of compression images without loss of detail (saving up to 50% of space). Finally, several additions for the MIUI Video Editor arrive, already spotted some time ago.

At the moment all the news concerns the Chinese version of the two flagships, but now it is a matter of little for the European market. What do you think of the My 10? Will you buy it or has it not convinced you?