As anticipated in recent days, Amazon has started to undertake some important initiatives involving its logistics for limit the shipment of non-essential products in favor of basic necessities and health products.

If in the first place the intentions of the American e-commerce giant were to block the reception of non-essential products for logistics in its warehouses Premium , to streamline the already congested shipping process, today the company has adopted a further, heavy initiative, namely the blocking of Prime shipments of "Sold and shipped from Amazon" products of goods not considered essential.

Below is the note released by Amazon to third-party sellers who sell on the platform and some useful information to answer your questions:

"Effective immediately, Amazon will stop receiving FBA (fulfillment by Amazon) orders from customers on non-essential products on its Italy (Amazon.it) and France (Amazon.fr) site, so that operations employees can focus on fulfilling and delivering on the orders that consumers need the most now, "

Update 22.43: We have received the official Amazon statement that we report below:

“Just as customers use e-commerce as a useful tool for their social distancing efforts, we have also adopted specific distancing measures within our distribution centers so that our employees can work safely. The combination of these two elements requires us to concentrate our available capacity on the products that have the highest priority and, starting today, we will temporarily stop accepting orders on some non-essential products on both Amazon.it and Amazon.fr . This decision allows our employees in the distribution centers to focus on receiving and shipping the products that customers need most right now. Customers can still order many of these products from sales partners who ship directly. We understand that this is a change for our sales partners who use Amazon Logistics and we appreciate their understanding at this time when we prioritize the products that customers need most. " 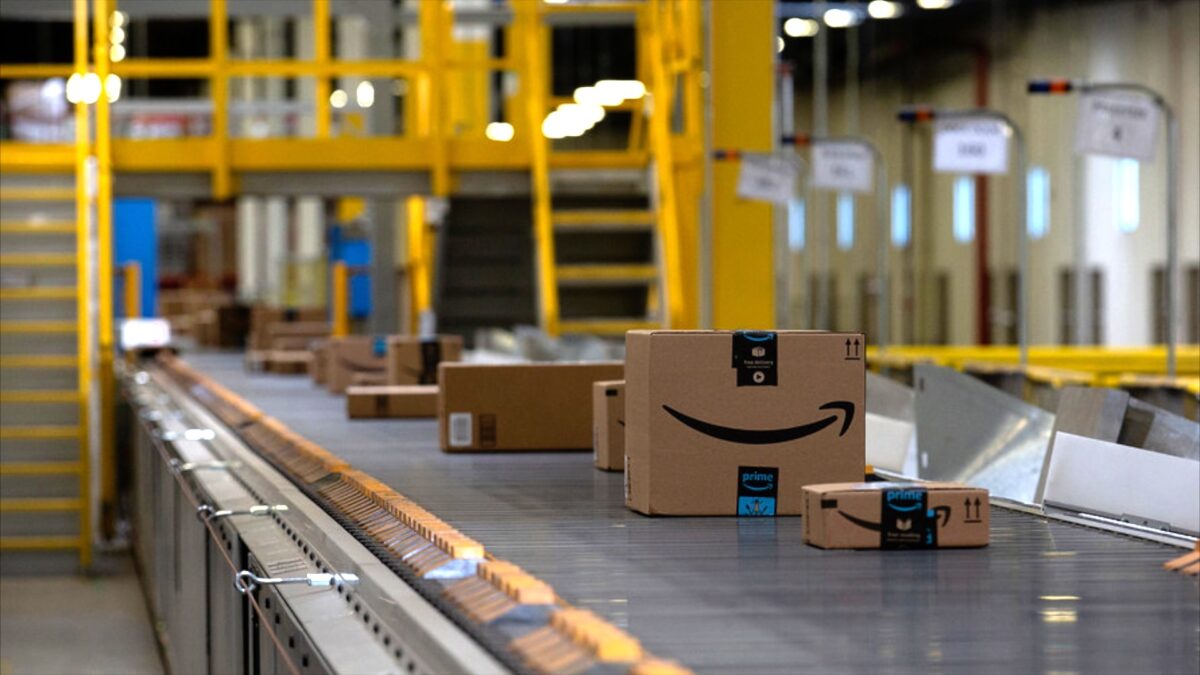 What does this mean? Amazon with this initiative, with immediate effect, it has temporarily removed the possibility of purchasing many of the products managed through its Prime logistics and sold directly from e-commerce with Prime.

The note, released by the press agency Reuters, speaks of immediate effect and in fact right now looking for branded products Xiaomi, Realme, Huawei o Honor you can see that there are few adverts managed directly by Amazon in favor of many others sold by third parties and sent by Amazon Prime.

Some more "noble" brands like Apple e Samsung at the moment they do not seem to be affected by this decision which has not yet been made official in the press by Amazon itself. Indeed many iPhone or recent Samsung Galaxy S20 are still available for sale and shipped from Amazon.

The blocking of Amazon shipments which products involves?

The blockade made by Amazon affects all categories of products that are not considered indispensable or intended for sanitary use. So even consumer electronics products such as smartphones, tablets or computers are being blocked.

I ordered a product with Prime, will I receive it?

Obviously the orders made during the day will be regularly processed as well as the purchases made until the removal of the advertisement if and when it will happen. So the effect of the measurement adopted, at the moment, is not absolutely retroactive.

At the opening you will find the official statement of the company.

Will products sold by third parties and shipped from Amazon also be blocked?

It is not clear whether the measure adopted by Amazon will also involve Prime logistics aimed at third party sellers or only direct sales by the store. Right now, as mentioned above, on some Xiaomi or even in the case of Realme with the Realme Direct storePrime shipping is guaranteed despite being third party sellers. In this regard, it is conceivable that this possibility will be allowed while stocks last.

When will Amazon's Prime logistics return to normal?

It is not conceivable at the moment as if in the first place Amazon had declared a block in reception in its warehouses until 5 April, it is probable that the timing may extend due to the growing difficulties due to the aggravation of the current crisis.

Can I buy right now on Amazon?

As long as Amazon itself will not remove any listing that it deems unnecessary for its logistics, we advise you to order as the order should be processed without problems.

Where can I buy alternatively right now?

Right now the solutions where you can buy smartphones and consumer electronics, in addition to advertisements Amazon still active, of course eBay that until 31 March will still enjoy the discount code until 100€ and Chinese stores like Banggood, GearBest e AliExpress. For convenience we bring you our channels Telegram to receive offers in real time from each of them:

From our point of view we can only invite you to stay home and to make your purchases where possible online without going to the store in the stores that are or are being equipped to deal with the emergency.

We all hold on that # will go well!