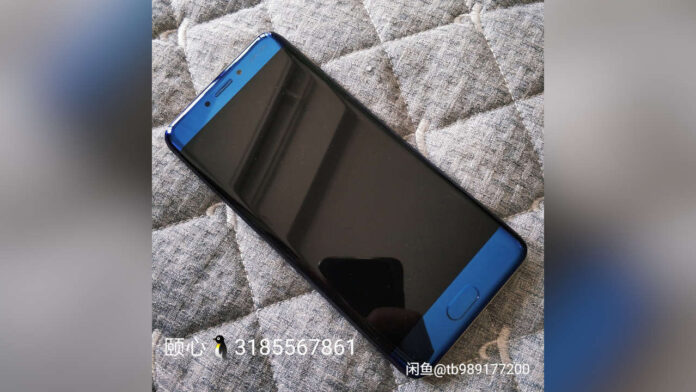 Behind the production of each phones there are various stages of work, many of which remain unknown to most. Take for example Xiaomi Mi Note 3, the penultimate chapter of the Note range before the "tenth" model. Launched in the autumn of 2017, it represented a change of course from an aesthetic point of view, abandoning the soft lines of My Notes 2. But what if we told you that Xiaomi had a more sinuous alternative model in mind?

Xiaomi Mi Note 3 could have been different, both in front and behind

With Xiaomi Mi Note 3 it was officially decided to adopt one flat screen, less "eccentric" to the eye but more practical on a functional level. But you know, the eye also wants its part, and this prototype of the phone, revealed by the leaker Sudhanshu Ambhore, confirms this will, then failed.

Xiaomi Mi Note 3 prototype. Only 3 of them are currently available and a person is selling one for 20,000 Yuan! pic.twitter.com/GeWy30eLXv

What we see in the picture is a smartphone quite different from what is seen with the official variant. Starting from the back, where the back cover is almost identical, if it were not for the camera. There dual chamber it is always there, top left, but organized in the sense verticalinstead of horizontal. The curves of the rear are also taken in front, where the prototype sports a curved display, just like Mi Note 2. The edges remain, both above and below, although the sensors at the top are positioned slightly different.

The rest of the specifications are unchanged: Snapdragon 660, 4 / 64 GB, 4000 mAh with QC 3.0 and AMOLED display from 5.5 "Full HD +. Among other things, it is rather strange to see such a diagonal, when today there are almost no smartphones under 6 ″. The funny thing is that this prototype is currently on sale: there are 3 in circulation and are sold at the "modest" figure of 20.000 yuan, about 2630€.