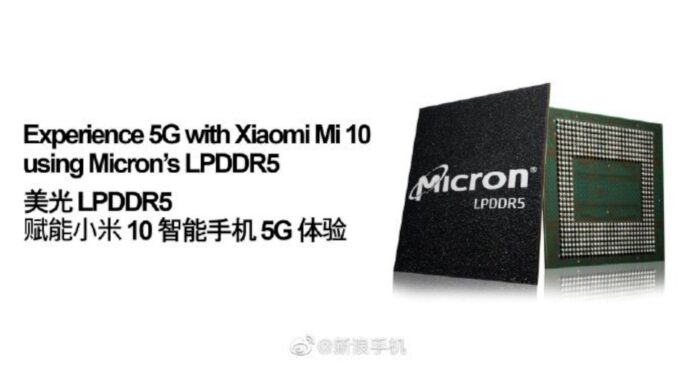 It seems that by now the wait for Xiaomi Mi 10 is about to end. The official presentation of this device is just a few days away, of which we now know almost everything. Some of the features main, in fact, have leaked over the past few weeks, giving us a taste of what will be next flagship of the Chinese brand. Perhaps, however, this phone could also reserve some surprises. We do not yet know anything, in fact, about the memories mounted on this product, and this could indicate the presence of one big news.

07 / 02 Update: after talking about RAM now the Chinese company also confirms UFS 3.0 memories, with a small addition. Find all the details at the bottom of the article.

06 / 02 Update: Lei Jun confirms some details of the memory cuts of the flagship, with RAM branded Micron and Samsung. 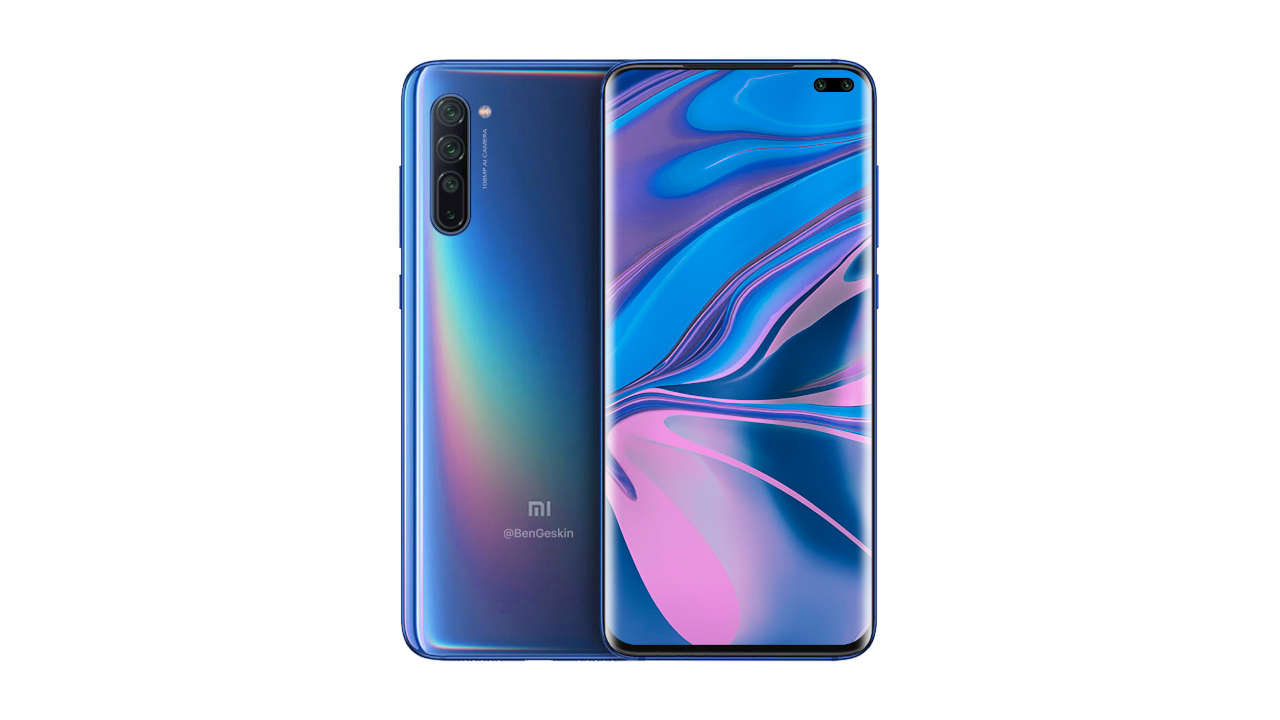 From what we have been able to learn in these hours, it seems that Xiaomi Mi 10 may be the first smartphone to mount one RAM of type L. According to reports from micron Technologytherefore, it seems that the first chip has already been produced, starting an assembly line that will increase its activity in the coming months.

ALSO READ:
Xiaomi Mi 10 is ready to debut and the company is growing on the stock exchange!

That component will offer performance best of the past generation. This, in fact, should guarantee a transmission speed of up to 6,4 Gbps, 20% faster than one LPDDR4x RAM. Obviously, then, energy consumption should also decrease. It is therefore not surprising that Xiaomi Mi 10 can be the first smartphone to mount this type of component, although the production of these devices has probably already been started. We will see, therefore, what we will discover in the coming days about it.

Memory cuts and other details Update 06/02 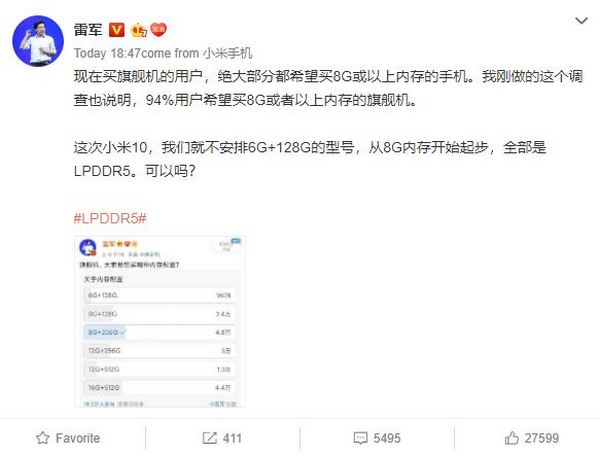 After the announcement regarding the presence of the LPDDR5 RAM memory, Lei Jun has confirmed some more details regarding the configurations in which the Xiaomi Mi 10. A few days ago the brand's CEO launched a survey asking for favorite cuts to Chinese Mi Fans (among which are also the much coveted 16 GB of RAM) and the reason is soon said.

The overwhelming majority of enthusiasts have voted for solutions starting from 8 GB of RAM and for this reason the next top of the range will not fall below this threshold. So forget about models with 6 GB of RAM, as well as those with 64 GB of internal storage. The basic configuration will be the one from 8 / 128 GB but Lei Jun has not unbalanced himself on further cuts. However, the CEO has confirmed that all configurations will be equipped with RAM L.

According to Chinese media (also observing the results of the survey) the Xiaomi Mi 10 could also arrive in the versions from 8/256 GB, 12 / 256 GB, 12 / 512 GB to conclude with the colossal variant from 16 / 512 GB. And the starting price? Better not to think about it: Lei Jun has already confirmed that it will be higher than the previous top of the range. 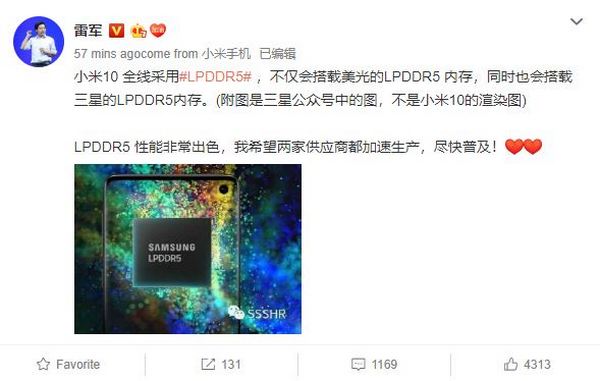 In addition to the first details on the memory cuts of the Mi 10, the CEO of Xiaomi has also confirmed that the top of the range will be equipped with both LPDDR5 RAM memory produced by Micron than with that license plate Samsung. And no, if you are wondering, the device shown in the image above is not the new Xiaomi flagship, but a simple sample from the public account of Samsung.

Mi 10 will be the flagship with the highest writing speed: this is why | Update 07/02 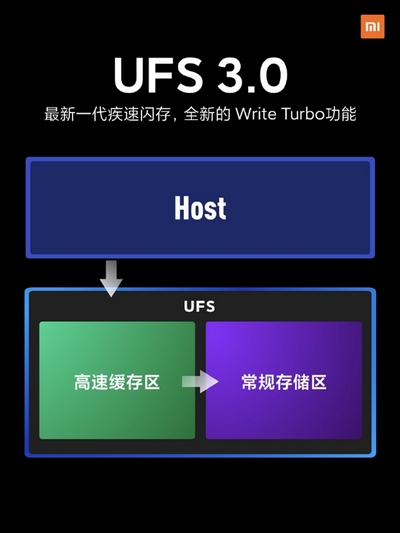 After confirming that the Mi 10 will be one of the first (or even the first) to have an LPDDR5 RAM on board, the company also confirms some more details on storage. The top of the range can count on memories UFS 3.0, but there is also a small addition.

According to reports from the same company as Lei Jun, technology has been introduced Write Turbo, which aims to further improve the performance of UFS 3.0 memory. This results in faster sequential write speeds of up to 730 MB per second. It would therefore be the fastest flash memory, according to Xiaomi. To conclude, we remind you that the Xiaomi Mi 10 will officially debut at the MWC 2020 ma Lei Jun confirmed that the Chinese event will be held earlier.

Waiting for OPPO Band in Europe: this is how the new smartband is made