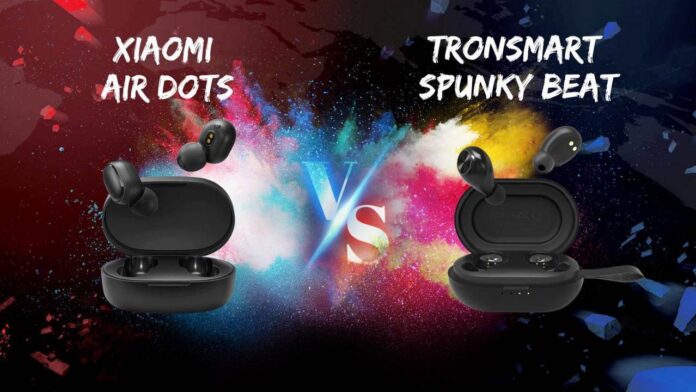 Over the past year, the TWS headset market has undergone a significant increase, with many new models available at affordable prices. Even the big producers have entered this trend and among these we have also had the Redmi AirDots, the low budget solution of the partner company of Xiaomi. The headphones of the brand are among the most popular on the scene, thanks to a particularly attractive sale price. The last months of 2019 also saw the debut of the Tronsmart Spunky Beat (here you find our review), cast at a figure similar to that of rivals. But which of the two models is the best? 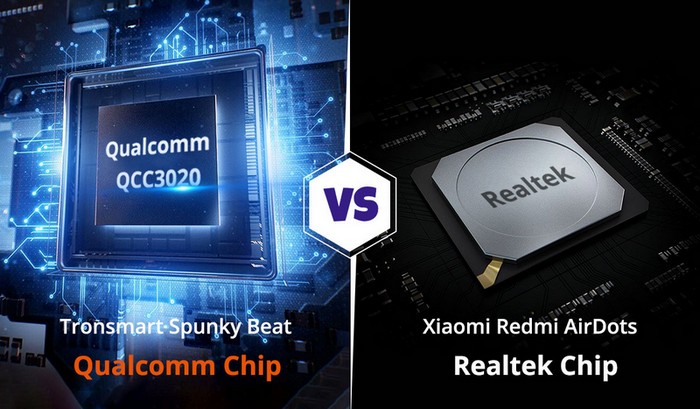 To answer this question, try the company itself with a comparison of specifics and characteristics between the Tronsmart Spunky Beats and rivals Redmi Airdots. Regarding the price, as anticipated at the opening, we are on the same line and both contenders win low. The differences begin to become more tangible when we go into detail and the first aspect under consideration is related to the chip Bluetooth 5.0. The Redmi AirDots mount a Realtek solution unlike the rivals, equipped with the chip Qualcomm QCC3020, the best in its category. This ensures lower latency, a more stable connection and better sound performance. 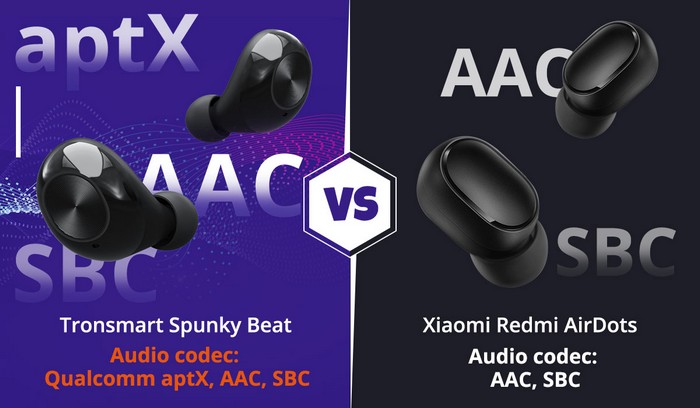 Speaking of sound, AirDots support codecs AAC e SBC, While the Tronsmart Spunky Beat they add that too aptX. The latter brings with it a reduction in latency higher than other codecs, a difference to be noted in particular with videos or games. 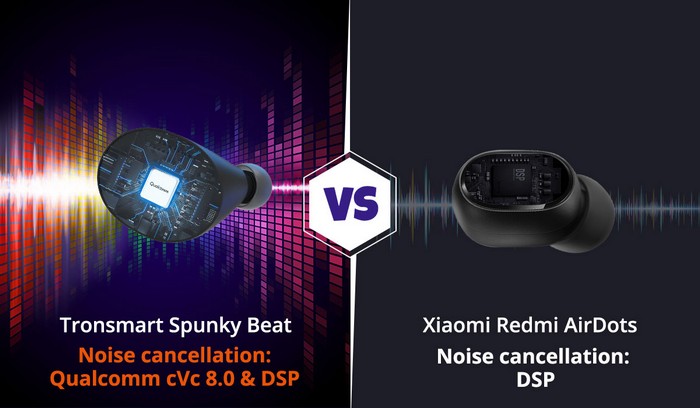 Regarding the cancellation of noise, while the Redmi are equipped with only technology DSP, rivals present support for both this and technology Qualcomm cVc 8.0, ensuring cleaner call audio. Another difference between the two TWS headphones concerns the design of their own homes: in both cases we have an oval solution, small and compact, but the Tronsmart Spunky Beat earn a point thanks to the built-in strap, which allows you to hang them on a key ring or inside a bag.

Another difference concerns charging, given that the Tronsmart headphones have a port USB Type-C, unlike the classic Redmi microUSB. 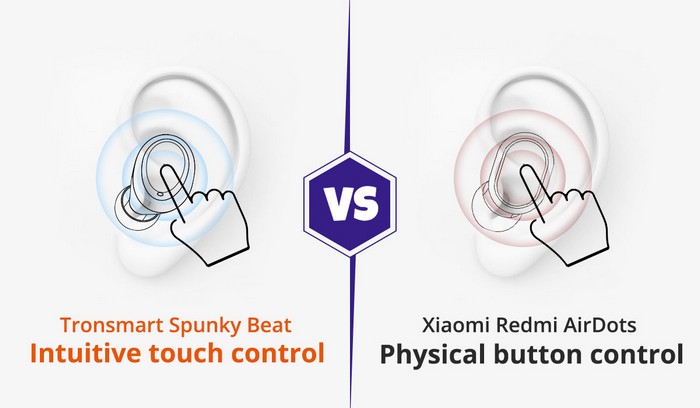 To conclude, the comparison examines the control system. For AirDots we are faced with a physical button, a not quite comfortable solution; unlike its rivals Tronsmart Spunky Beat they are equipped with touch controls, a choice that for some users could make a difference.

Both headphones are IPX5 certified while autonomy side, the company guarantees up to 24 hours of duration (obviously also counting the refills with the homes). In short, we have outlined an overview of the two solutions but now the judgment is up to the users. Which of the two TWS headphones do you prefer? What is your experience?

USA vs China, the official ban for TikTok and WeChat is triggered ...