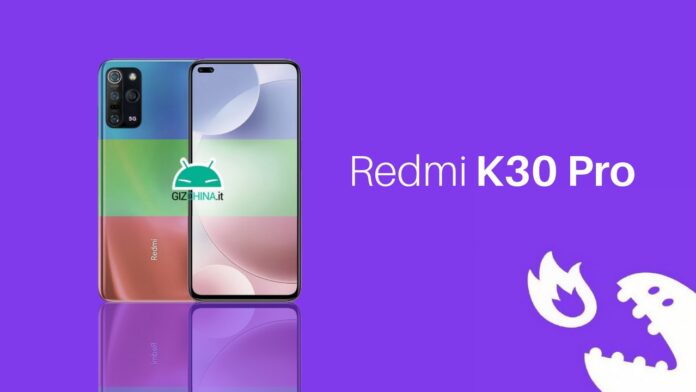 The launch of the K30 Pro is expected for the month of March and will represent an important step forward for the company: it will in fact be the first top of the range by Redmi driven by the Snapdragon 865 and equipped with 5G support. Are you curious to know more? Then take a look at these "unofficial" render images of Redmi K30 Pro that we have received exclusively from one of our sources.

22 / 02 Update: Lu Weibing himself spoke on the alleged renderings of the K30 Pro. Find all the details at the bottom of the article.

Looking at the images in question it is impossible not to notice the differences with the standard model, with a noteworthy change of look. Frontally - according to the rendered images - Redmi K30 Pro keeps the double hole in the display (no pop-up room at this turn), with decidedly optimized frames; compared to the K30 the Dual Selfie Camera is positioned in the upper left corner.

The back of the Redmi K30 Pro marks a breaking point with the basic model: in this case we have one Quad camera no longer in the center but post top left, with vertical orientation and a rectangular module all around. Also present at the appeal is the wording 5G and the fingerprint reader positioned along the right edge, under the volume rocker.

Obviously we are not sure that the images above correspond to reality, rather we believe that it is a matter of rendering truthful but that in any case they may slightly differ from the final design of the flagship. 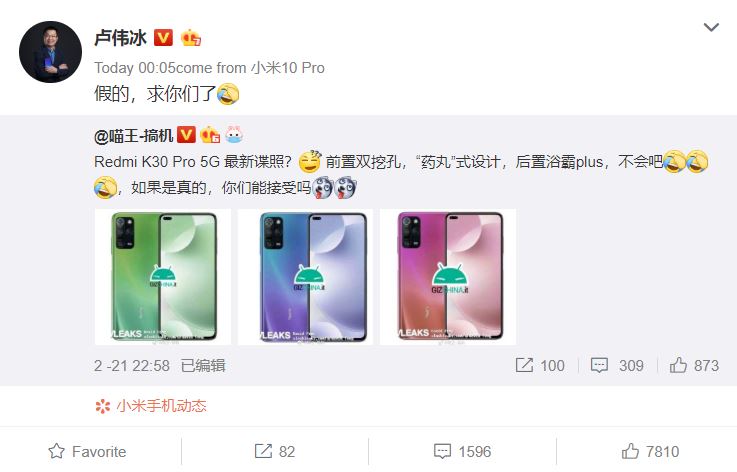 After the various Chinese leakers began to wonder about the alleged Redmi K30 Pro renderings popping up a few days ago, the official denial arrives. Lu Weibing in person - CEO of the brand - confirmed that the images above are not true. Having to deal with making fake is one of the risks of the trade, but fortunately the official denial has arrived in a timely manner.

According to the latest rumors, the flagship could even adopt a full screen design with a pop-up camera, but obviously also in this case it is good to take everything with due precautions.