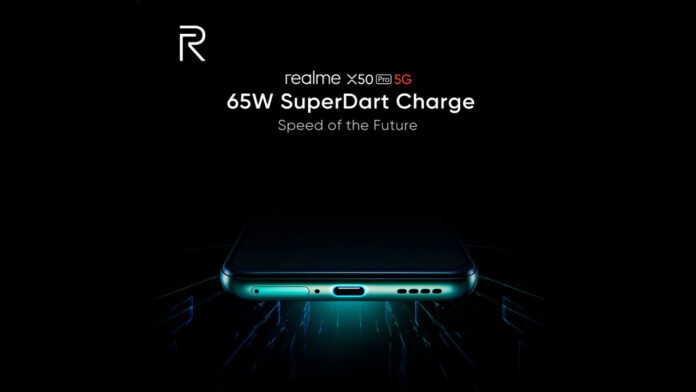 Despite the cancellation of the MWC 2020, the launch of Realme X50 Pro 5G it will do: the event was "moved" online and it will take place on February 24th at 9:30 am, according to the official website (you can find it in the source). For this reason, the advances can continue in complete tranquility and today the company confirms one of the "new" features arriving with the flagship: the new quick charge Realme SuperDart Charge da 65W!

18 / 02 Update: a new poster confirms the details of the flagship camera. Find all the details at the bottom of the article.

15 / 02 Update: Realme has released new details on the contents of the X50 Pro sales package, with a clear "reference" to the recent Xiaomi Mi 10 Pro. Find the details at the bottom of the article.

14 / 02 Update: the company has released a new teaser with the first details on the flagship display.

We could think of a million situations in which having no battery could ruin your day.

But during the time you have been thinking about this, you would have already charged the #realmeX50Pro with its 65W SuperDart Charge to keep you going. # realme5G

If the name reminds you of something, it is soon said. Last December a registered trademark brought the SuperDart brand to light. The latter, as predicted, refers to a version of the SuperVOOC 2.0 OPPO designed for Realme devices. And in fact the confirmation comes from the same company through the new teaser published on Twitter. Realme X50 Pro 5G will have its support for charging SuperDart da 65W; a precise estimate of the charging speed has not been provided, but based on SuperVOOC 2.0 it should be a solution capable of recharging a 10V 6.5A device in just 28 minutes.

In short ... the flagship will be a real lightning bolt and the new fast charging technology will be added to a list of features with nothing to envy to the most famous colleagues. Snapdragon 865 with RAM LPDDR5 (which guarantee fearful performance), A full screen display with Dual Selfie Camera and of course 5G support. What will be the other features of Realme X50 Pro? Until the February 24 they separate us quite a few days and we are pretty sure that the official advances are not over yet. 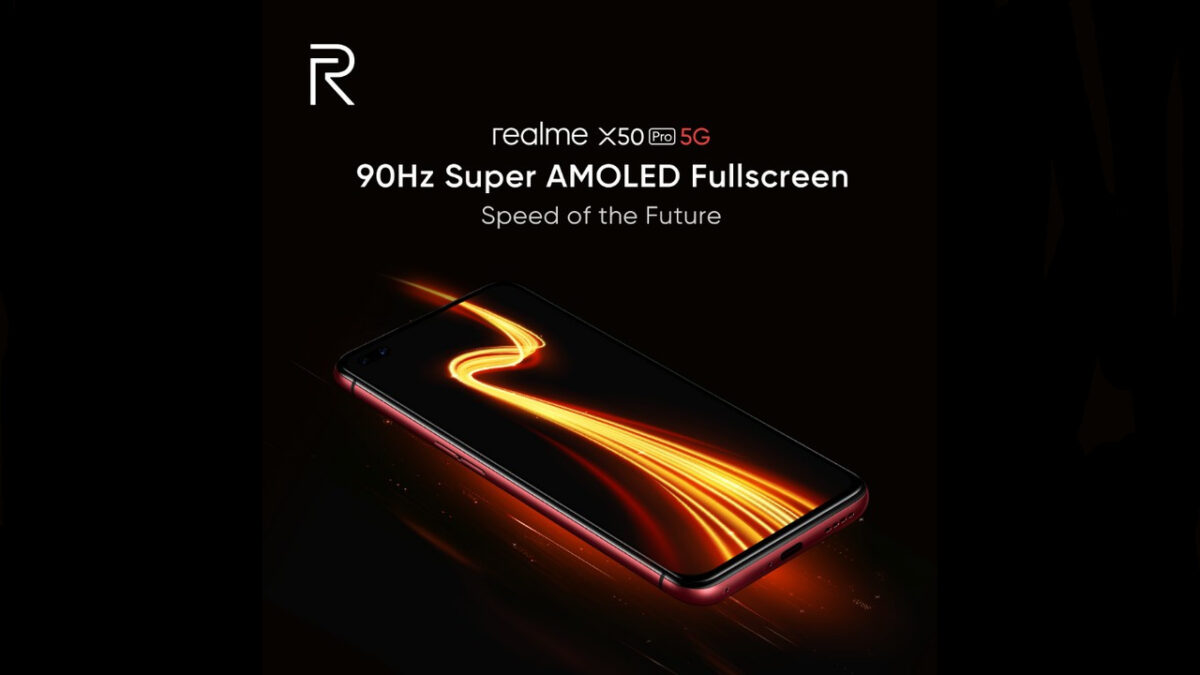 As the days (or hours, in this case) pass, Realme reveals more and more details about its new X50 Pro 5G. The top of the range will arrive on February 24th through an online event and will have a display different to that of the basic model. The latest official teaser published by the company refers to the presence of a panel AMOLED with refresh rate a 90 Hz, a nice difference from the 120 Hz LCD unit seen with the younger brother. What do you think of this disparity between the two devices? Would you have preferred a solution with a higher refresh rate also on board the Pro model? 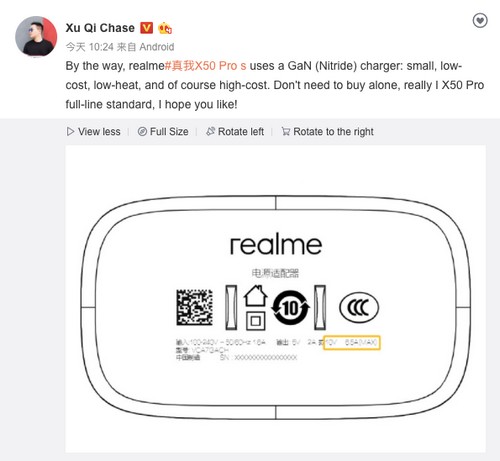 In recent days, Mi Fans have finally set their sights on the new models in the series Xiaomi Mi 10, which also includes the Pro variant with 50W fast charge. The device is sold with a 65W charger included in the package, a small addition by the Chinese company. At the same time, on the official Xiaomi store the brand's first GaN magazine debuted, also in this case with a power of 65W.

A dutiful promise to include the post recently published on Weibo by Xi Qi Chase, Realme's CMO, who said that the upcoming X50 Pro 5G will be accompanied with a GaN charger included in the package (also in this case from 65W, necessary given the SuperDart charging of the flagship).

A fairly explicit move and even without "naming" the reference to Xiaomi - thanks to a slight background - is definitely clear. But ... what is a GaN charger? It is a product made with a different technology than the usual solutions (gallium nitride, semiconductor which replaces the silicon) and which guarantee a greater efficiency, in dimensions contained. In short, seeing one of these devices inside the sales package (without additional costs) is certainly a welcome gift! 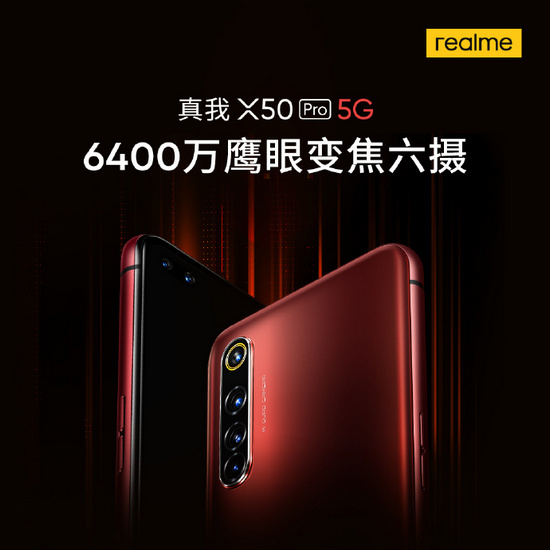 After the various details on the quick charge, on the display and on the presence of an enhanced charger inside the package, the Asian company reveals new details regarding Realme X50 Pro 5G, this time concerning the photographic sector.

According to the new teaser, the device will have a Quad Camera with a main sensor from it 64 MP, accompanied by a telephoto lens with 20X hybrid zoom. The company has not confirmed the rest of the module's specifications but it may be an identical solution to that of the base X50. The latter is equipped with a 64 + 8 + 12 + 2 MP Quad Camera, with the same zoom. Likely that for the older brother we will have some small changes, but for now Realme remains vague.

We remind you that the launch of the flagship will take place through an online event on February 24. Certainly in these days there will be no further anticipations, given the various posters of the last few days, full of details.

📱Follow GizChina up Google News , click on the star to add us to your favorites â ï¸.

Huawei: case against the US government rejected