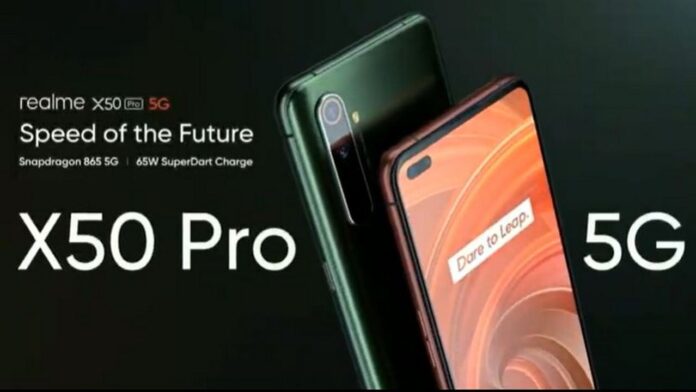 Despite the cancellation of the MWC 2020, the launch of Realme X50 Pro 5G finally came: the event was held online, with a live streaming presentation held on February 24th. Are you curious to know the new flagship of the Asian brand? So here is everything you need to know between data sheet, price and availability on the market.

Realme X50 Pro 5G: everything you need to know 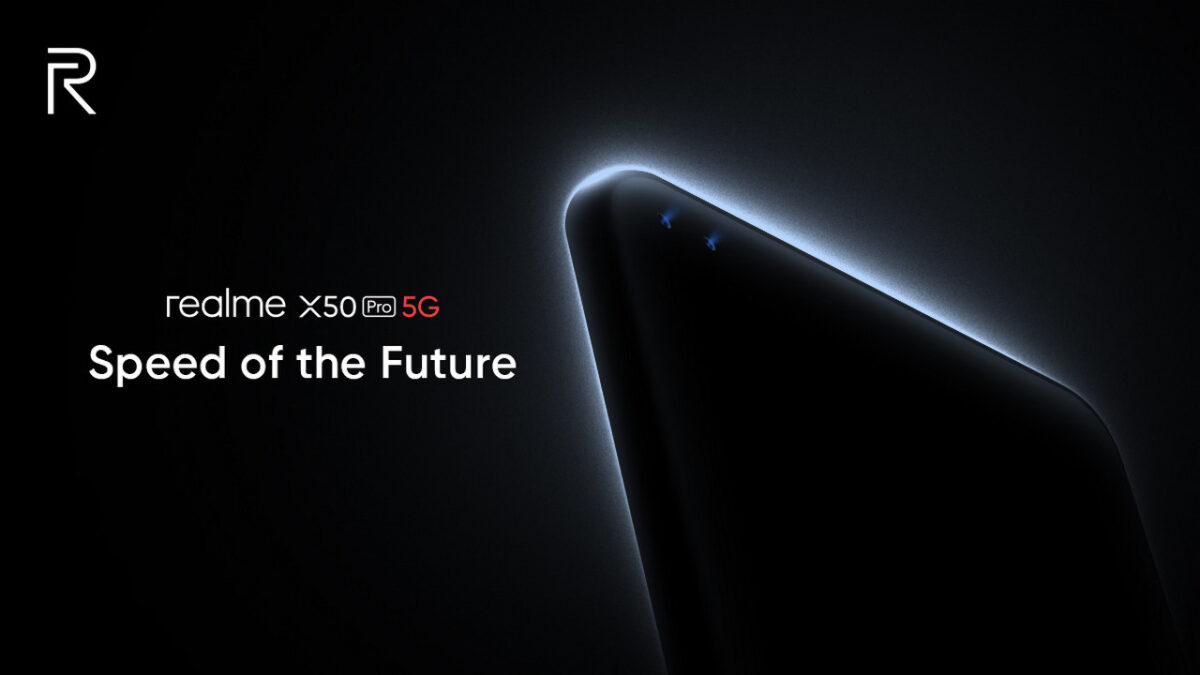 Already from what leaked from the various official posters published by the same company it was clear an unchanged look compared to the standard model presented in January. The Realme X50 Pro teasers showed a glimpse of double hole in the display, in the upper left corner, with a back cover equipped with a Quad camera vertical, with the brand logo positioned at the bottom. The fingerprint reader integrated in the power button, along the right edge (with the volume rocker on the opposite side). The general look of the X50 Pro therefore recalls that of the younger brother, with improvements in the production process of the cover, made of glass with 3D curvature. 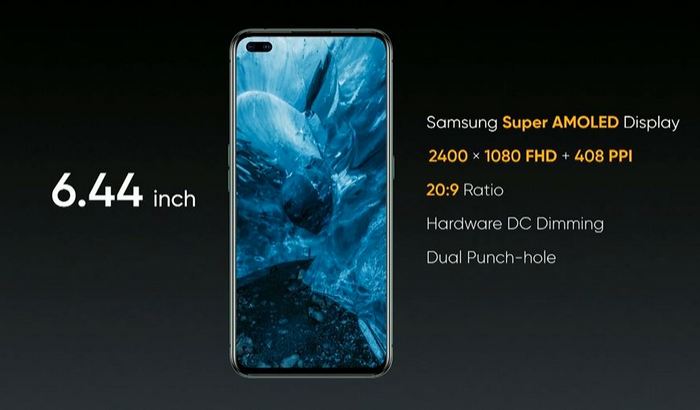 The company did not even spare itself on the display, confirming the presence of a panel Super AMOLED da 6.44 " with resolution Full HD + (2400 x 1080 pixels), an update rate a 90 Hz and a touch refresh rate at 180 Hz. Also present at the appeal sensor ID integrated directly into the display. In short, a nice difference compared to the LCD unit (but at 120 Hz!) Seen with the younger brother. 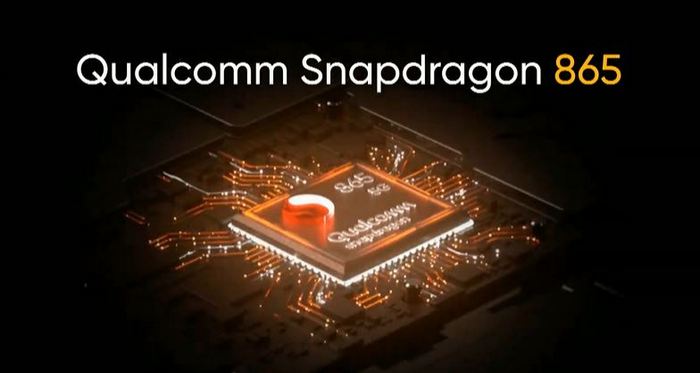 The new Realme X50 Pro 5G is a top of the range in all respects and comes with the SoC on board Snapdragon 865 - with the Snapdragon X55 modem - accompanied by memories RAM L to 12 GB and Dual Channel UFS 3.0 storage up to 256 GB. The latter are accompanied by Turbo Write technology, which offers even faster performance. Important changes, which represent an important step forward for the brand. To cool the boiling spirits of the top of the range we find an advanced cooling system a Steam room (VC). 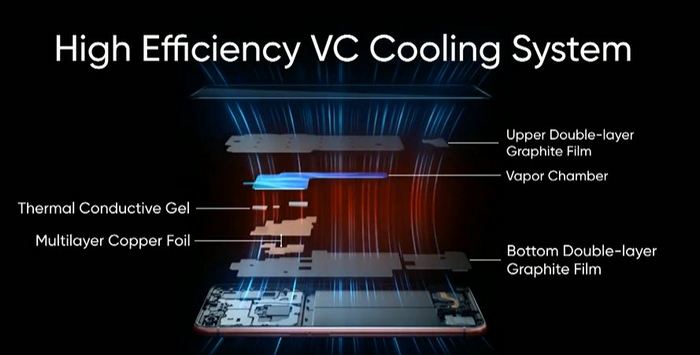 A few weeks ago the device was the protagonist of the first benchmarks on Antutu (with the initials RMX2071) - also confirmed by Xi Qi Chase, CMO and VP of Realme - with a score of 574.985 points.

The manager said that the model under consideration was a test unit. For this reason, the company presented new benchmarks during the launch event, this time with even greater results. 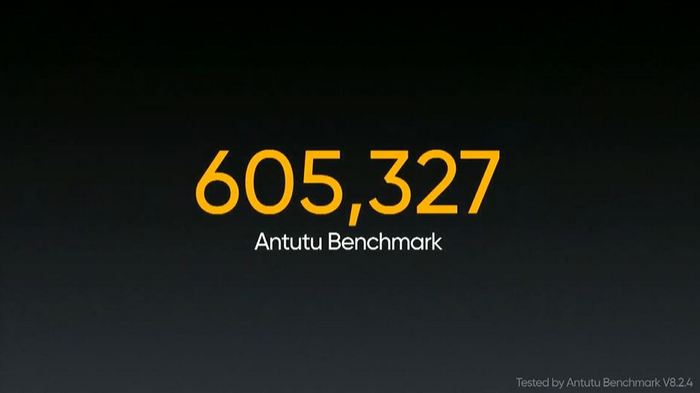 As for the top of the range battery, as anticipated by the various teasers, we have the debut of the SuperDart recharge from 65W, borrowed from OPPO and spotted some time ago through a registered trademark. It is a solution that can recharge the battery from 4.200 mAh on board the device in just 35 minutes. 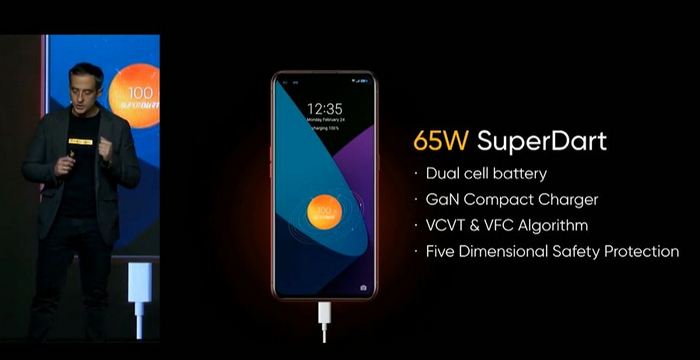 About the reloading of Realme X50 Pro, the Asian company has also spent a few words on the battery charger. But for what reason to talk about this accessory?

In recent days, Mi Fans have finally set their sights on the new models in the series Xiaomi Mi 10, which also includes the Pro variant with 50W fast charge. The device is sold with a 65W charger included in the package, a small addition by the Chinese company. At the same time, on the official Xiaomi store the brand's first GaN magazine debuted, also in this case with a power of 65W.

A dutiful promise to include the choice of Realme, which confirmed that the new X50 Pro 5G will be accompanied precisely with a GaN charger included in the package (also in this case from 65W, necessary given the SuperDart charging of the flagship).

A fairly explicit move and even without "naming" the reference to Xiaomi - thanks to a slight background - is definitely clear. But ... what is a GaN charger? It is a product made with a different technology than the usual solutions (gallium nitride, semiconductor which replaces the silicon) and which guarantee a greater efficiency, in dimensions contained. In short, seeing one of these devices inside the sales package (without additional costs) is certainly a welcome gift! 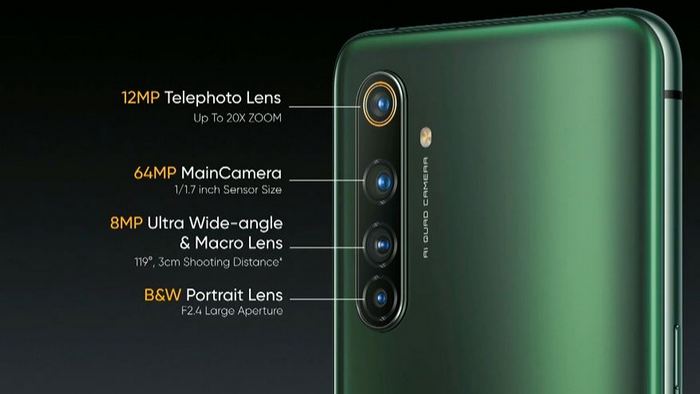 The top of the range comes with a Quad Camera equipped with a main sensor from 64 MP, accompanied by a 12 MP telephoto lens with 20X hybrid zoom. We continue with an 8 MP ultra wide angle sensor and a depth of field sensor.

In recent days, VP Xi Qi Chase has also published the first sample photos of the device (also shown during the event). The pictures show us the Ultra NightScape Mode in action, functionality capable of illuminating a night scene without blinking. The end result is really good and the photographic module seems to be able to return a convincing image (given the difficulty of the scene). The company also confirmed the presence of one Tripod mode dedicated to shots with NightScape, which further enhances the night photos taken with the help of a tripod.

Do you know how many times #realmeX50Pro can zoom in? pic.twitter.com/W4tKJNo4Mh

The company also shared the samples dedicated to Hybrid zoom 20x. The telephoto lens of the smartphone seems to do its duty and - with optimal lighting conditions - it seems able to return more than good shots, despite the use of the Zoom. 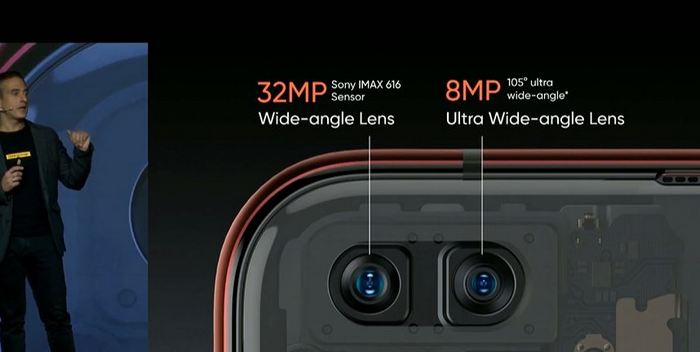 Selfie side we have a Dual Camera from 32 + 8 MP, with a main sensor Sony IMX616 and a wide angle module.