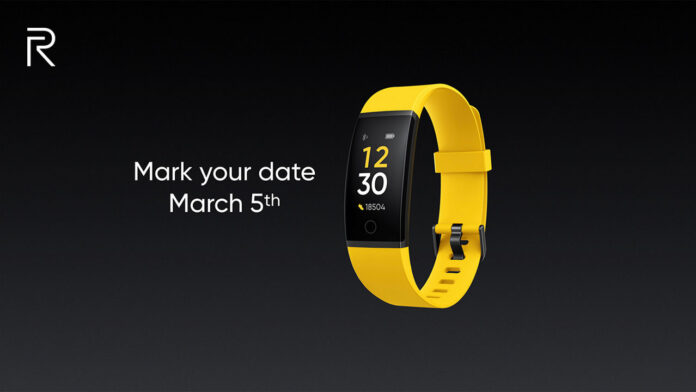 As announced during the flagship event X50 Pro, Realme band is now very close to the debut. The Indian CEO Madhav Sheth has officially confirmed from the date of presentation of the wearable, also giving further confirmation regarding the design of the same.

Realme Band ready to challenge the Xiaomi Band 4: the appointment is set for March 5th

Have seen many of you spotting and asking me about the #realmeBand on my wrist.

The wait will be over on 5th March guys. RT if excited. pic.twitter.com/ty7hTMVfmB

As can be seen in the new teaser posters, Realme Band the next one will officially debut 5 March and will come with a look inspired by the latest Honor Band 5 and arrives on the market as a tasty appetizer of what will be the main course of this year: the debut of Realme too in the smartwatch sector. The design of the smartband of the Asian brand was also confirmed some time ago by some images from vivo, on the wrist of the CEO himself.

Despite this, the poster you find on the cover allows us to shed light on one of the darker aspects of the device, confirming (fortunately) the presence of a color panel. So what do you think of the first wearable by Realme? Curious to know him or do you continue to prefer Xiaomi's Mi Band 4?