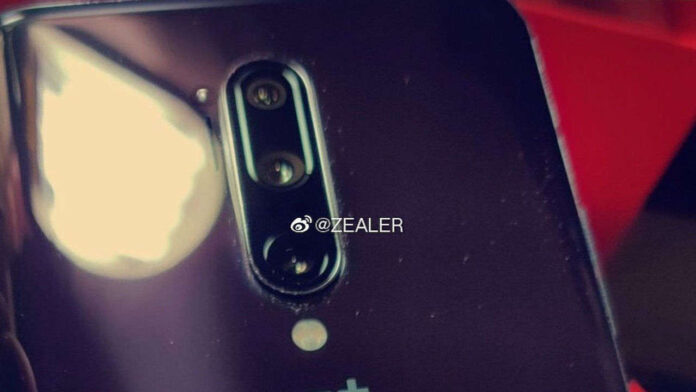 The launch of the series OnePlus 8 is approaching and, thanks to all the rumors so far popped up online, we can get a clear idea of ​​what to expect. There will be at least two models, given the strategy adopted by OnePlus since last year. To support the basic model there will also be OnePlus 8 Pro (and maybe even a Lite model). If you want to have a general overview, below we will talk about everything we know about the data sheet, price and release date.

24 / 02 Update: still new live photos for OnePlus 8 Pro, together with a screenshot with various specifications. Find all the details in the article.

OnePlus 8 and 8 Pro: everything you need to know

Defined by management "the most beautiful ever“, The look of the series has already been widely revealed from the usual OnLeaks. Unofficial renders concern both OnePlus 8...

For the new top-of-the-range oven, there will be no radical changes, especially on the back, where the arrangement of the elements will remain almost unchanged. The only real change is found on the front, where the display is no longer with notch (as on OP7) or full screen (as on OP7 Pro). The company would have decided to tack on perforated display, a trait common to many flagships of this 2020. Obviously, however, the ID sensor with optical technology would remain under the screen.

If we talk about versions, rumors indicate an unpublished one green coloring which could satisfy those who do not prefer more minimal colors. In addition, you will certainly be pleased to know that this eighth generation could be the first to have - finally - the certification IP68. 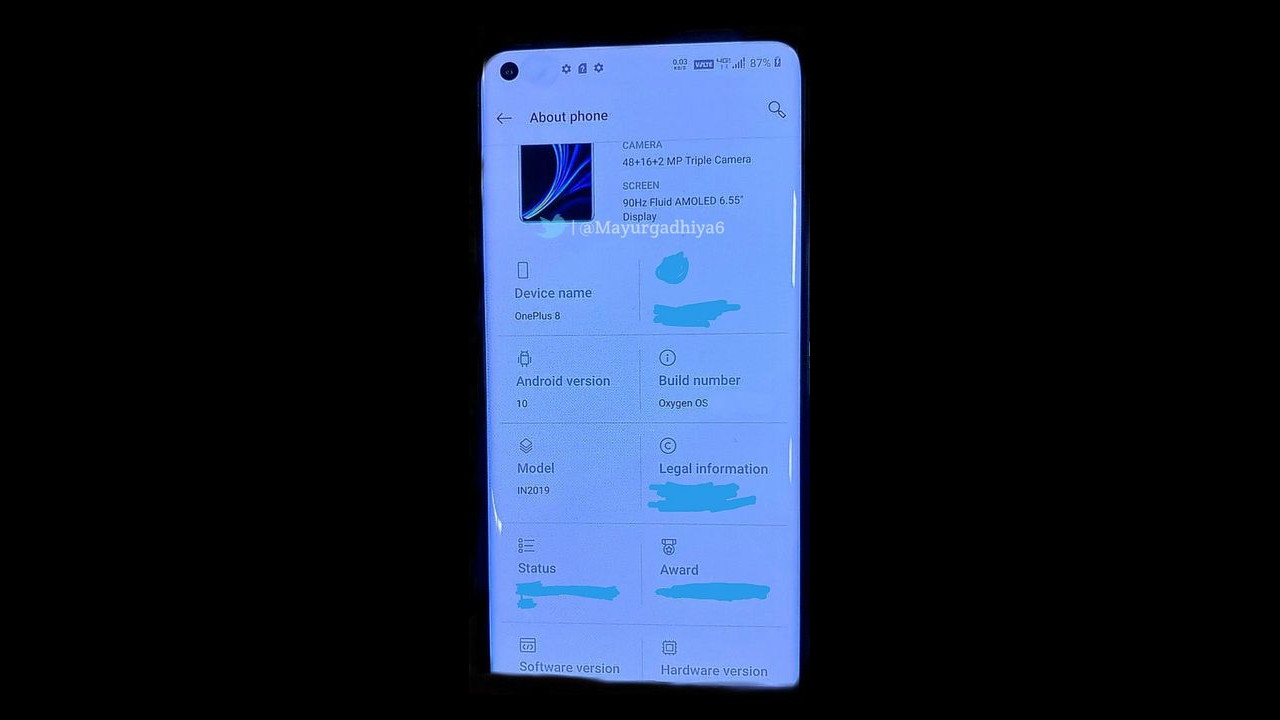 Upgrade 24 / 02 - Let's go back to talking about OnePlus 8 Pro thanks to new live photos leaked on the net, which shows the back of the flagship. Just like in renders we have a triple vertical module in the center of the body, with a ToF sensor positioned on the left and the Flash at the bottom, above the brand logo. 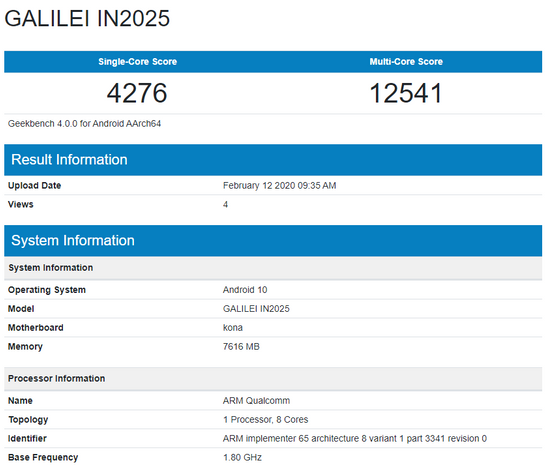 Another big news would be the introduction of support for wireless charging, as evidenced by the entry into the Wireless Power Consortium. Amperages are rumored to be from 4000 mAh for OP 8, going up to 4500 mAh for OP 8 Pro. For the latter, then, a wired charging is indicated Super Warp Charge da 50W. 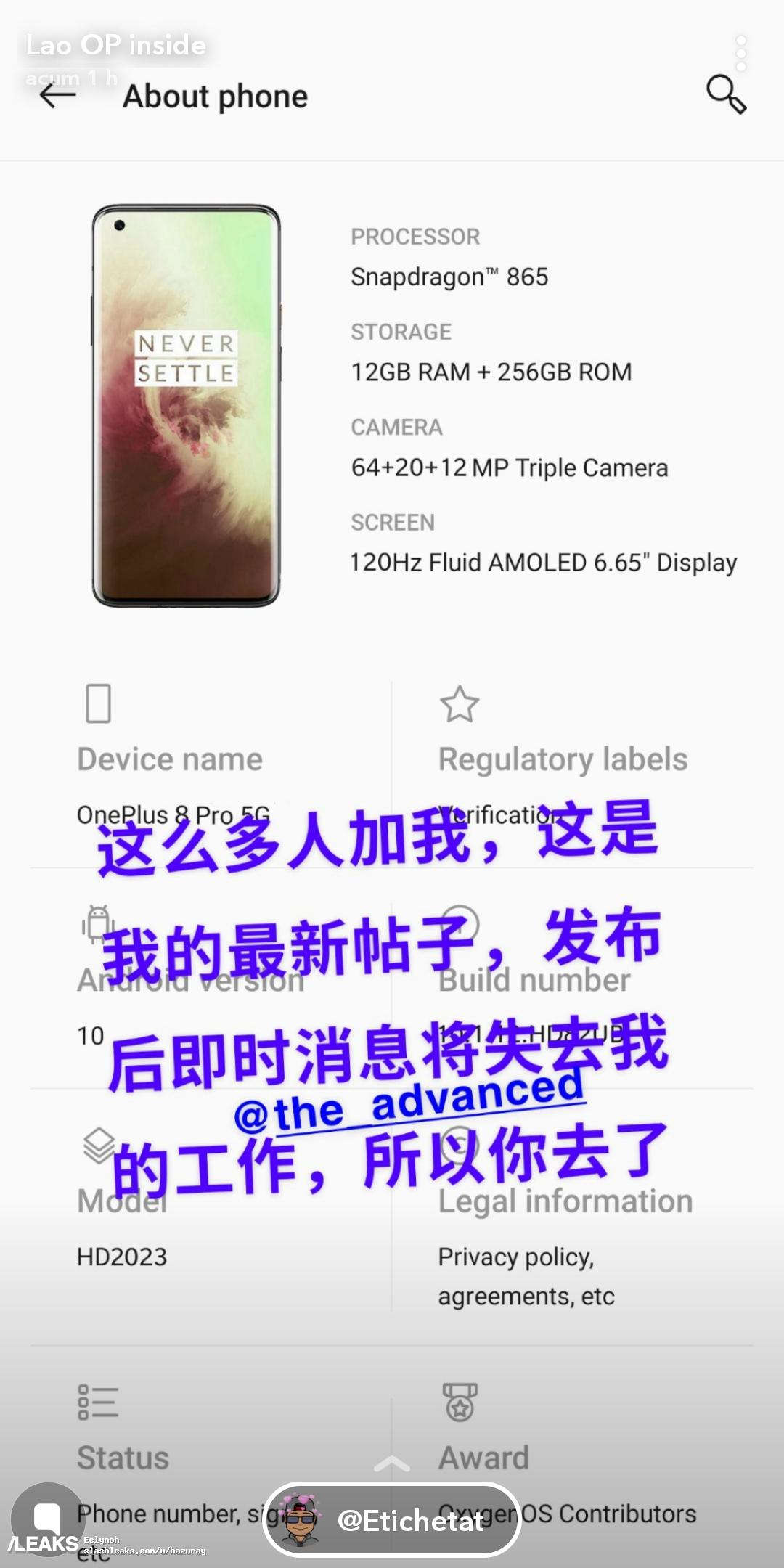 As for the camera, the rumors about the OnePlus 8 series are still quite vague, at least regarding their reliability. In the case of the base model, there would be a triple camera from 64 + 20 + 12 MP f/ 1.6-2.2-2.4. The Sony IMX686 primary sensor would be flanked by a wide-angle lens and a telephoto lens with zoom 5X hybrid, all seasoned with 7P lenses and OIS + EIS stabilization. The selfie camera would instead be a single Sony IMX616 sensor from 32 MP.

Compared to previous years, the launch of the OnePlus 8 series would be scheduled in advance, in order to better contrast the competition. We can thus assume a time window of late March / early April. Speaking of price, news such as IP68 certification and wireless charging will only raise prices. I assume a starting price around 570€ for OP 8 e 720€ for OP 8 Pro.