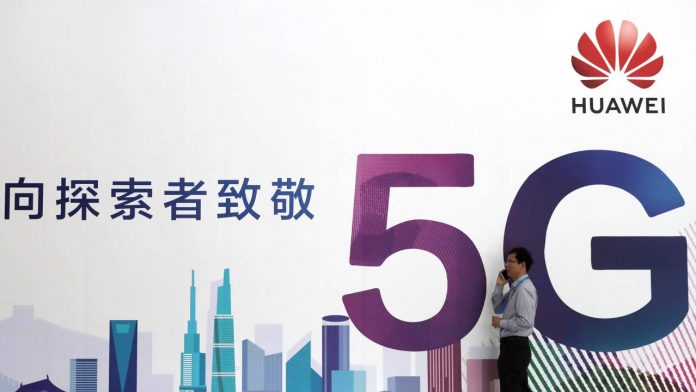 Infrastructure expansion continues 5G created by Huawei outside the Chinese borders. Despite the problems linked to the relations between the USA and China, several non-Asian countries are formalizing trade relations with the Chinese company. A move of no small importance, considering that the United States has pressured Western countries. Among these we find the Germany, that initially joined to the blockade against Huawei but which today opens up to the development of the 5G.

Upgrade 10 / 02they confirmed: The Swedish PTS (Post and Telecoms Swedish) authorities that Huawei will participate in the construction of the country's 5G infrastructure. And like all other companies, it will have to provide appropriate security documentation to law enforcement agencies. Not a small achievement, considering that one of the main competitors on the 5G side, or Ericsson, has its own home in Sweden.

Upgrade 29 / 11: President Emmanuel Macron said of not wanting to stigmatize any particular company. This means that Huawei's entry into France it will not be hindered, against the will expressed by the USA.

Upgrade 18 / 11: to the list is also added the New Zealand. One of the main operators, Spark, will continue to use Huawei equipment, keeping the Chinese company among its preferred suppliers. However, it will not be the only company on which 5G infrastructure will be based, given that Nokia will also play a key role.

Upgrade 07 / 11: the foreign minister of theHungary Peter Szijarto announced the official participation of Huawei in the roll-out of 5G in the country. Although the US has spoken of potential threats to national security, Hungary has said it has no evidence on it. The collaboration will take place with the operators Vodafone and Deutsche Telekom for the construction and development of the infrastructure.

Upgrade 28 / 10: even if partner of the USA, the parliament of the UK rejected the proposed ban towards Huawei. The statement was as follows: "there are no technical reasons to completely exclude Huawei from the 5G or other UK telecommunications networks". At this point Prime Minister Boris Johnson himself would be about to give the green light for access to the UK 5G network. According to internal sources, the government would have granted the company access to "non-controversial" parts of the network. These would be infrastructural areas where, if Huawei wanted to pursue malicious acts, there would be no damage.

Upgrade 25 / 10: also there Czech Republic finalizes collaboration with Huawei for 5G infrastructure development. He states it the minister of industry Karel Havlicek to the microphones of Reuters"The technology behind the construction of 5G networks has a global character and I cannot imagine the setting of different parameters for the approach with Huawei or other companies in the Czech Republic compared to Germany or Poland"

The 5G themed wedding between Huawei and Germany is crowned

We are not sure that Huawei's 5G is coveted by many countries today, both in terms of prices and technological progress. You have seen the record speeds reached in Switzerland? In light of this, Germany has decided not to exclude Huawei from the national 5G infrastructure. The regulation just promulgated towards German operators makes their collaboration with Ren Zhengfei's company possible.

It will be enough to respect the safety standards decided by the government of Germany to avoid running into possible blocks. Among these there is the possibility to interrupt the relationships and receive reimbursements if they are detected acts of espionage or sabotage. In addition to Germany, too UAE, russia e Norway they have agreements with Huawei. And it seems only a matter of time before Italy also says yes, although the specter of the Golden Power does fear even to ZTE.

Shot on Mi 10 Pro: the top Xiaomi becomes a camera

Honor 9X Pro also in Europe, but it will be "worse" than 9X