A few weeks ago we had the opportunity to test for the first time a device produced by BMAX, which is a Chinese company entered by poco in the panorama of low-cost notebooks that want to steal the show from the usual players like Hold on, Teclast, jumper etc ... Although the laptop analyzed a few days ago did not leave us particularly satisfied, we decided to try the BMAX MaxBook Y13, or their compact 2-in-1 convertible.

I don't want to anticipate anything, but I only tell you that the air seems to have completely changed. So how did he behave during our tests? We just have to find out in our full review!

Inside the sales package we find the following equipment:

As regards the design, this does not differ particularly from the BMAX X14 except for the rolling joints and the more regular lines. In fact, we are always faced with a notebook made entirely in aluminum with the pretty fine frames and with the logo with the Transformer of the company, but this time it doesn't have backlit eyes.

Le dimensions I am more compact, in more detail let's talk about 307.5 x 208 x 14.7 millimeters for a weight of suns 1.25 kilograms. These make it a perfect device to be used on the move since we can easily insert it into any backpack.

Personally I prefer it to BMAX X14 thanks to its more squared, regular and less "pointed" edges, as well as the fact that it has a touchscreen panel that can be rotated 360 °. 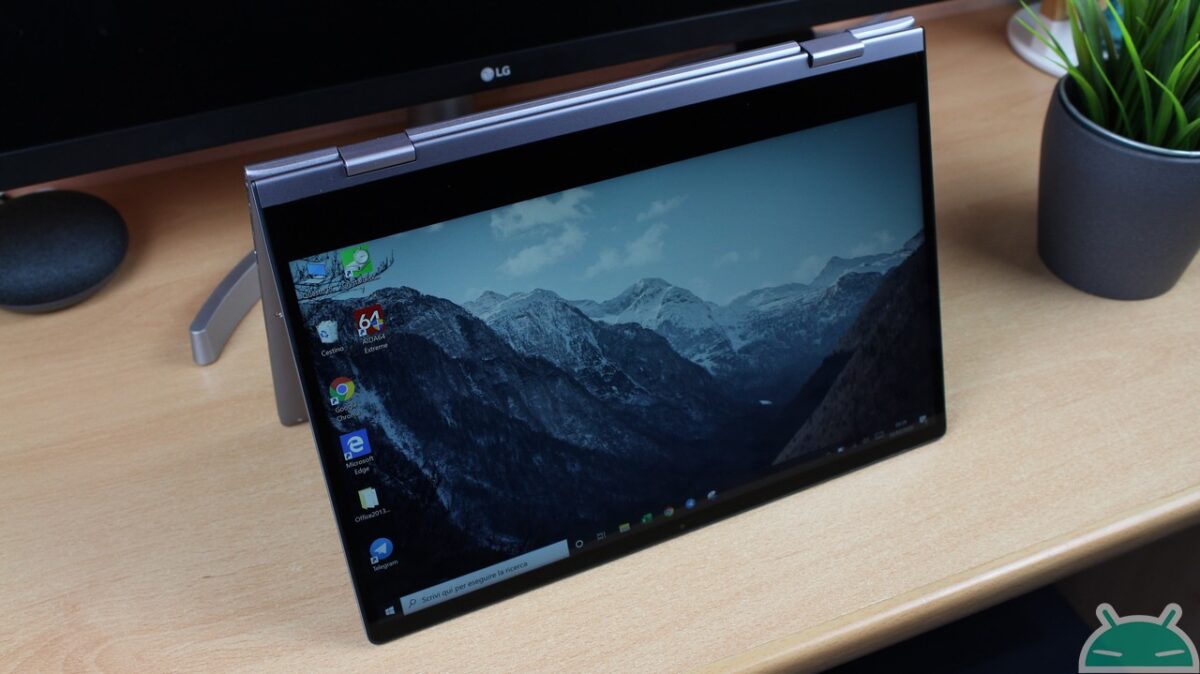 La constructionhowever it is a bit less solid as we find some push-ups on the keyboard and also, when we are going to use the touchscreen at the top of the panel, this will tend to totter a little.

On the right side we find the power button, the microSD slot, the USB Type-C port and the 3.5 mm jack input, unlike the opposite side on which the charging input and the USB Type-C 3.1 port reside. At the bottom, however, there are four rubber feet that increase the grip on flat surfaces and the M.2 SATA slot.

Talking about the keyboard, unfortunately we are facing the same problem found on both BMAX X14 that on EZbook X3 Pro Jumperin fact the keys have a light gray color with a white font than in bright environments they will reflect the light without allowing us to adequately read what we are going to press. There backlight it will only help us partially, also because the two intensity levels are not strong enough to adjust the shot. 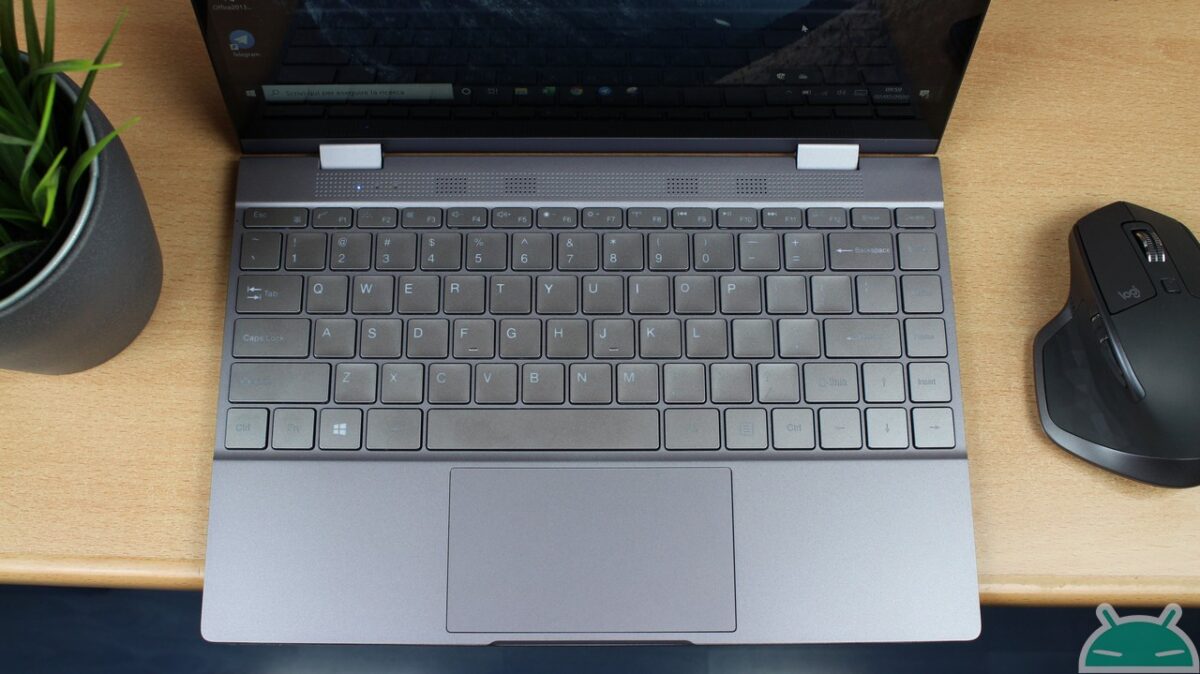 For the rest these have one good run and right dimensions, so we will have no problem in writing texts quickly. In addition, all touches are received perfectly without particular delays or errors. We must specify that this backlit keyboard ha US layout (like almost all low-cost Chinese notebooks) and if you are not used to it we advise you to buy stickers with the Italian configuration.

Il touchpad it is centered and has a good size, but the most important thing is that it works perfectly unlike other low-cost laptops. Indeed, the touches are precise e reactive and we also have full support for Windows gestures. 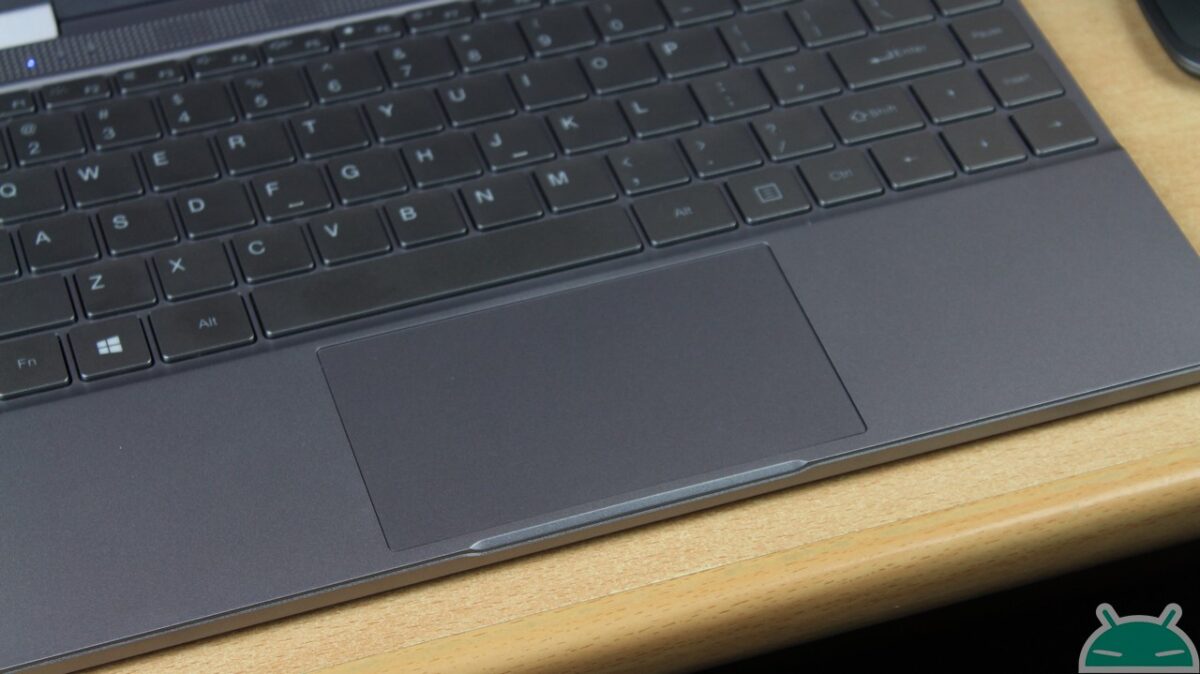 As for this sector, I was pleasantly surprised, as I expected to find most of them defects found on board the BMAX X14instead the only negative points that I feel like pointing out I am there keyboard reflecting a little light andabsence of a USB port traditional. For the rest I prefer it to the car mentioned above. 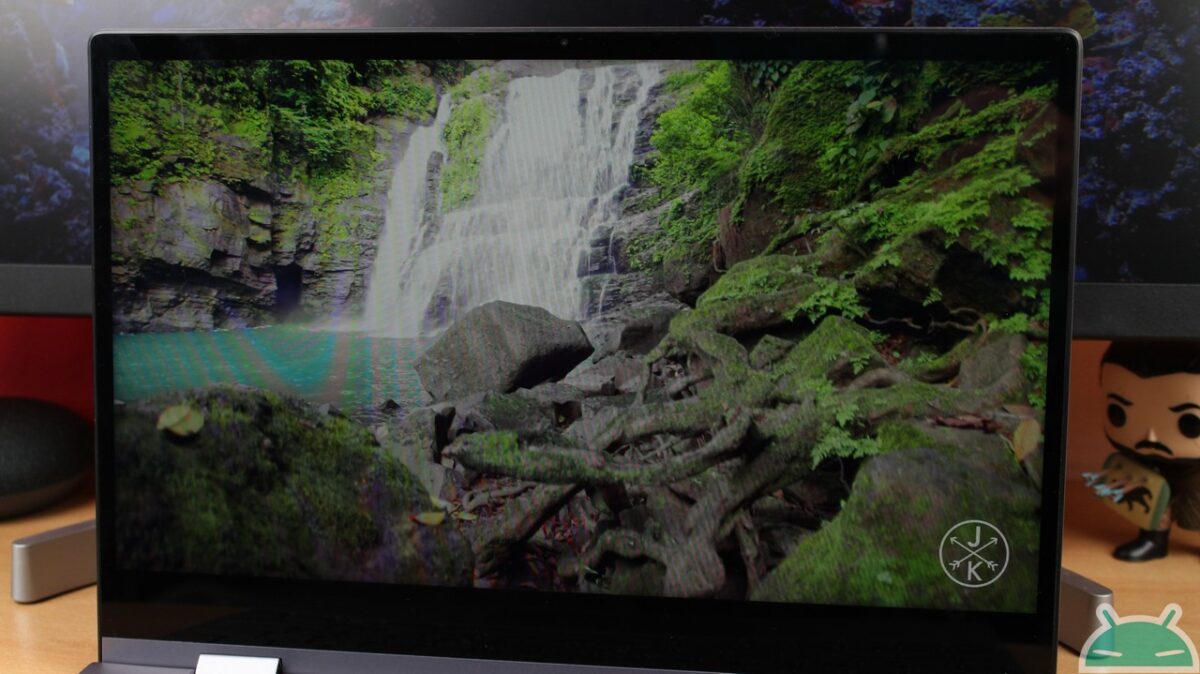 This is perhaps the sector in which the BMAX behaves better, in fact, i colors are very good for its price range and if I had to find the fur in the egg I would say that perhaps they should have had a little more contrast. There maximum brightness è high and the panel is very precise in receiving touches.

Indeed, the display in question supports up to 10 touches at the same time and the quality is surprisingly good when compared to its reference context.

Under the body of the BMAX MaxBook Y13 we find a chipset Intel Gemini Lake N4100, which is inclusive of a processor quad-core with a maximum clock frequency of 2.4 GHz and base of 1.1 GHz, flanked by 8 GB di Dual Channel LPDDR4 RAM e 256 GB di SSD memory, expandable through lo SSD slot dedicated or through microSD. Software side, however, to great surprise we find Windows 10 Pro in Italian language. 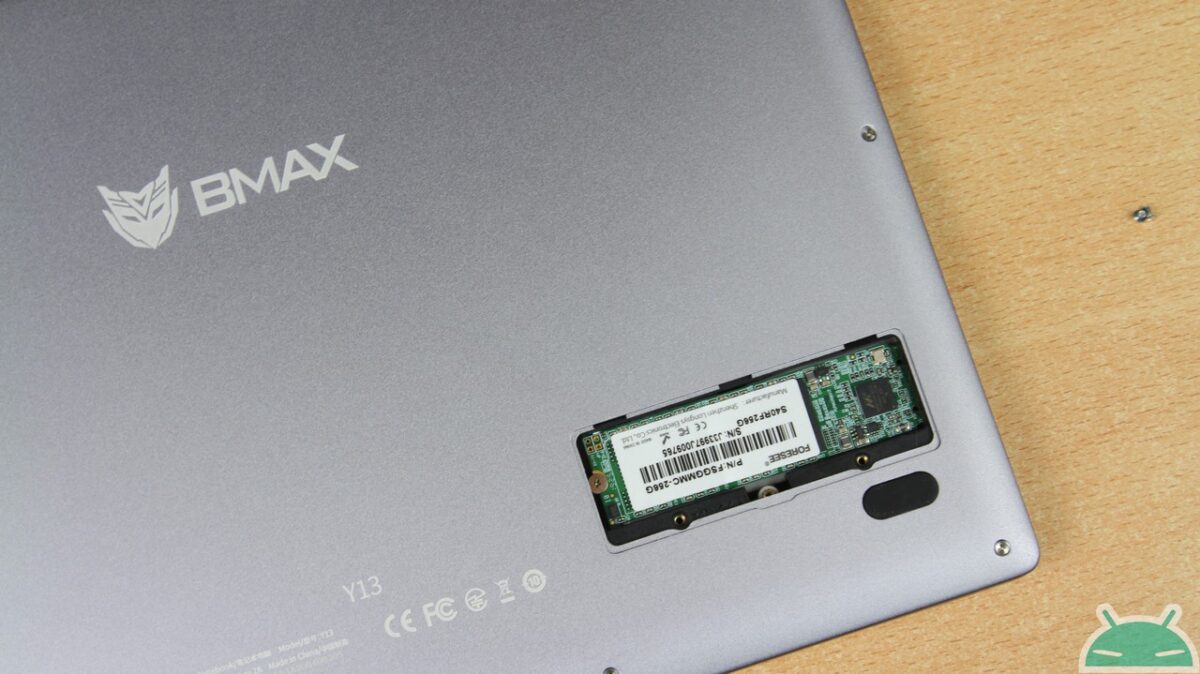 Let's start by saying that we are not faced with a laptop designed for gaming or for professionals, but more for those who make it a basic use. Indeed, if you are looking for a notebook to take with you in university or for mobile office work then the BMAX MaxBook Y13 will be able to offer you good performance.

The transition from one software to another takes place fairly quickly, provided that energy-intensive applications such as those for video editing, for benchmarking or similar are not working in the background.

I would like to point out that, of course, you will be able to install Photoshop, Premiere e Sony Vegas, but you can only make one amateur use. So you will be able to render videos with two audio tracks and two videos without any particular problems, but already adding many transitions and color correction you will face some difficulties.

Le memory installed are quite fast and have shown results similar to those of its competitors. Finally, we are talking about one fanless machine with passive cooling system, whose temperature hardly exceed i 65°.

Speaking now of the graphic part on board we find one Intel UHD Graphics 600 GPU that will allow us to make light gaming with the titles on the Microsoft Store like Asphalt Urban, Modern Combat o Sniper Fury. It will not be possible to install games like Fortnite o Apex Legends as the minimum system requirements are not respected.

Il BMAX MaxBook Y13 it has two doors USB Type-C of which one with video output up to 4Kunfortunately, however, there is no door Standard USB and that's a shame since we will necessarily have to buy an adapter. For the rest it is present microSD slot, Wi-Fi Dual Band and Bluetooth 5.0, which work pretty well.

Those that don't go as well are i four loudspeakers located on the top of the keyboard, which do not return un full-bodied audio e powerful. In fact, high and medium frequencies are favored at the expense of low ones. If you want to see some movies on Netflix it may also be fine, but if you intend to listen to music then I recommend you to place a good external speaker alongside it.

La camera da 1 mega-pixels it is barely enough for some informal video calls, as in videos the digital noise it is a lot, the management of the lights is insufficient and the audio captured by the microphone is at the limit. This is not as metallic as that of the EZbook X3 Pro Jumper, but it's not crystal clear either.

Under the body of the BMAX MaxBook Y13 we find a battery from 38Wh (10.000 mAh), which allows us to obtain aexcellent autonomy. In fact, with basic and use brightness al 50% I managed to get around 9 hours alternating Browsing, YouTube, Spotify, Excel e Word.

Obviously if you want to make gaming or video rendering, the autonomy will go down, but in general it manages to keep up with it for at least 4-5 hours without the need to be recharged. As for the latter we need at least two and a half hours to bring the notebook from 0 to 100%.

After trying the BMAX X14 and have stayed a while disappointed I have to admit that I was biased with this BMAX MaxBook Y13instead I stayed pleasantly surprised because it overturned my expectations. In fact, despite some present small burr, overall we are talking about a notebook that does its job very well for its price range and that I feel I can define as the best low-cost 2-in-1 convertible that we have tried in recent times.

Indeed, for a basic use we have good performance, excellent autonomy and display and a precise touchpad that does not miss the touches unlike the other two laptops mentioned in the review. The only parts where this sins BMAX are the absence of a standard USB port and the color of the keyboard that reflects light.

In short, if you are looking for a convertible 2-in-1 low-cost to bring in university or for work on the move (Office package, mail) then this is the perfect solution to meet your needs.

Il BMAX MaxBook X14 is available on Banggood about 297 € thanks to that we share daily on ours Telegram channels from GizDeals.