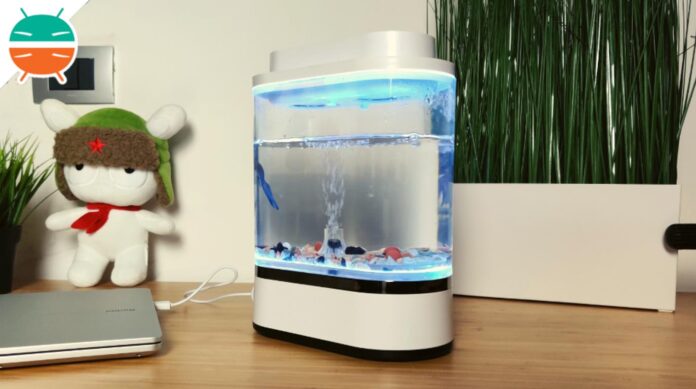 The forge of products of Xiaomi YouPin is ready to surprise us every day. Among the most interesting news there is certainly it Xiaomi Geometry Mini Lazy Fish Tank. It is a self cleaning mini aquarium that offers the classic minimal design of Xiaomi and the possibility of being used as a 360 ° decorative object, having regard to the compartment for inserting plants and i LED a 7 colors.

We have tried the brand's small aquarium for several weeks and, after some time, it has entered a stable plant as a piece of furniture. Intrigued? Find out in our full review.

The packaging of the aquarium Xiaomi it is somewhat singular. Unlike the classic pre-assembled products, you will have to waste just five minutes to hook the various pieces inside, being careful not to forget the cover of the central filter. In addition, various stones will also be available within the package, not in sufficient numbers to cover the entire backdrop, but which will still offer an aesthetic impact.

There is also a micro USB cable which acts as a power supply: in case you have the aquarium on your desk, you can easily connect it to a hub, or directly to the PC. In addition you will also find a separator, useful in case you intend to buy more incompatible fish. 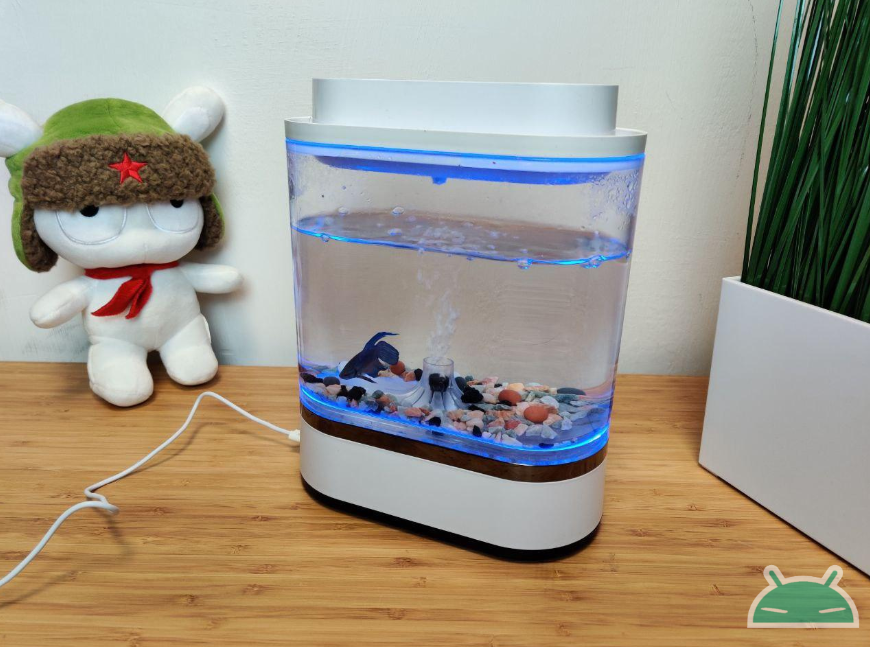 As we mentioned in the opening, one of the reasons to buy it Xiaomi Geometry Mini Lazy Fish Tank it is undoubtedly the aesthetic aspect. Unlike traditional aquariums, in fact, it is not cluttered and can be considered as a decorative object. The particularly small size then, 203 x 102 x 254 mm, will allow you to position it in every corner without problems.

Qualitatively we then find a very solid and well built product, thanks to the use of blocks of PMMA e ABS coating. The minimal design is broken at least in part by the presence of the LED strip which offers fascinating light effects. The operation of the LEDs and the filter itself can be controlled via a sensitive touch bar at each point. Start the mini Xiaomi aquarium it is very simple: you will need water and a USB input. We specify however that in case you use tap water, it is good that you operate the aquarium approximately 24 hours before inserting the minnows. After completing the set of your aquarium, with the stones supplied and any other plants purchased separately, just touch the silver bar to start the filtration system and choose the colors of the LEDs according to your preferences.

Turning to operation, we left the aquarium several weeks ago and, without carrying any particular maintenance, it has remained fairly clean only thanks to its own filtering system: in this sense, in fact, the product is promoted with flying colors.

Even the small size, although it may seem at first an obstacle to storing the fish inside, has proved to be sufficient. Our minnow - a Betta - that we called Redmi, it set quickly and still has a fair amount of space available. Furthermore, an added value is represented by the possibility of operating the product thanks to a Power Bank, which makes it one of the very few fully transportable filtered aquariums. 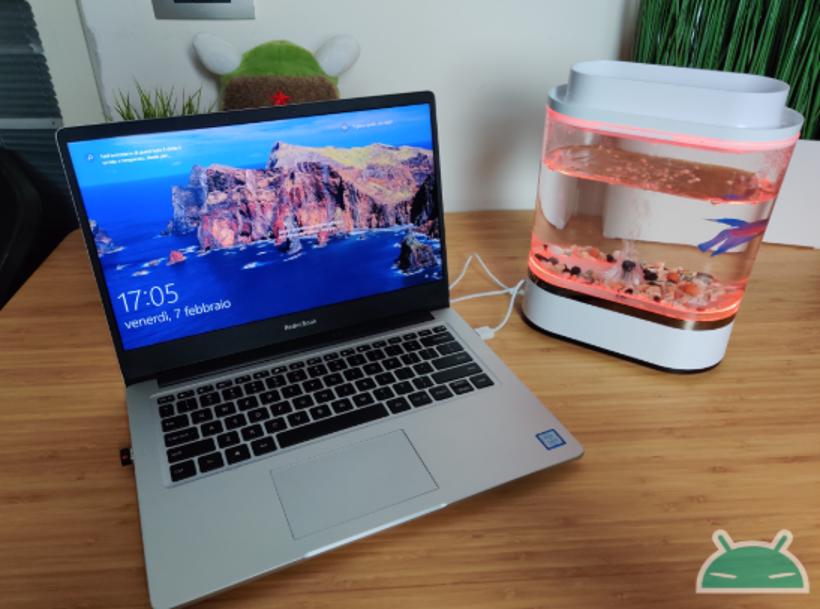 Why you should choose this small aquarium Xiaomi instead of one of the classics available on Amazon and in pet stores? As we have mentioned several times, that of Xiaomi it is not just an aquarium but a real design object.

In addition, it has the ability to be practically wireless thanks to the use of external Power Banks. Ultimately, the price will convince you to 100%. Currently in fact the aquarium is available in flash salt only 32€ da Banggood. 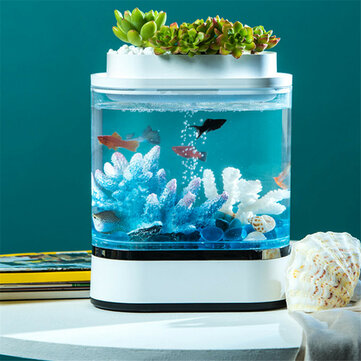