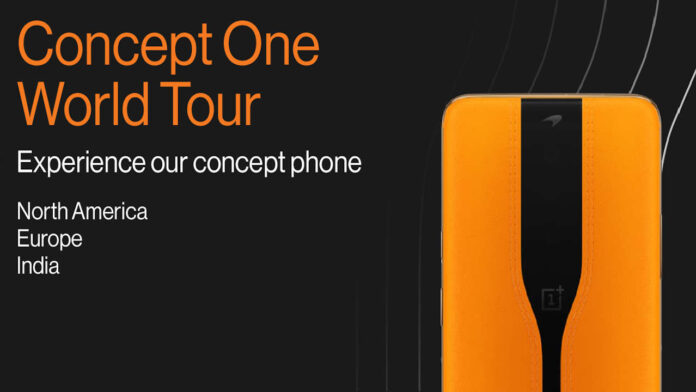 Even if it won't be marketed, OnePlus ConceptOne has tickled the hype of many thanks to its special camera technology. Not only to those who took part in CES 2020, thus having the opportunity to feel it by hand, but also to all those users who will not be able to see it up close. At least to date: the company has just announced a world tour, during which it will be possible to get a taste of it with various stages around the world.

READ MORE:
SAR values: OnePlus and Xiaomi are the most "radioactive"

OnePlus Concept One will be shown in public: here are the places and dates of the tour

Here are the dates and places of this OnePlus Concept One World Tour:

Alas, nothing for us Italian users to do. Unless you are really so curious to take the opportunity to take a trip to one of the European cities touched by the tour.