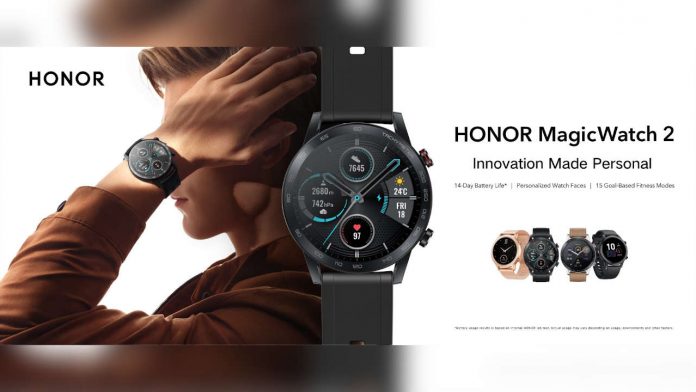 Honor MagicWatch 2 it was officially presented alongside the new ones Honor V30 and V30 Pro. This is the second smartwatch to be unveiled by Huawei's "sister" and which incorporates some of its own features from Huawei Watch GT 2. Starting from the implementation of the Kirin A1, the first proprietary SoC produced internally. But let's see together more in detail which are technical characteristics and price.

Upgrade 02 / 01: a new report indicates a certain appreciation by the public towards the new Honor smartwatch. Find all the details at the bottom of the article.

Official Honor MagicWatch 2: everything you need to know

The shell offers certification 5 ATM against water up to 50 meters, allowing its use even in underwater situations. It has a display AMOLED da 1.2 "/ 39" with 326 PPI density (390 x 390 / 454 x 454 pixels), depending on the variant considered. These are two and vary on the base of the strap from 42 and 46 mm, so as to offer an adequate fit for male and female wrists. Also differ colors: Agate Black and Sarkura Gold for the first, Charcoal Black and Flax Brown for the second.

Being a smartwatch designed for those who make movement, it integrates 15 training mode to collect and analyze specific data. These modes include 8 outdoor sports and 8 sports indoors, including walking, running, cycling, swimming and more. In addition, TruSleep 2.0, TruSeen and TruRelax technologies monitor sleep, heart rate and stress level. In the case of TruSeen, if the heartbeat is revealed as abnormal, during analysis 24/7, an ad hoc report is sent.

Thanks to the use of the Kirin A1, the autonomy of Honor MagicWatch 2 stands up to 14 days, allowing the user to be able to use it for several days in a row. These data concern the 46 mm version, given that for the 42 mm version, the autonomy is 7 days maximum. In terms of connectivity, MagicWatch 2 includes GPS + GLONASS for autonomous satellite navigation, as well as a device able to communicate up to 150 meters of distance (for the 46 mm). There is also the possibility of memorizing up to 500 songs to play during training.

Many ran to buy Honor MagicWatch 2 in the first few minutes. Just think that they have been sold 10.000 units in 1 minute, demonstrating the appreciation of the Chinese public. It is no coincidence that, unlike that of smartphones, the category of smartwatches continues to grow. We will see if the same will happen if and when MagicWatch 2 will also be brought to Europe. 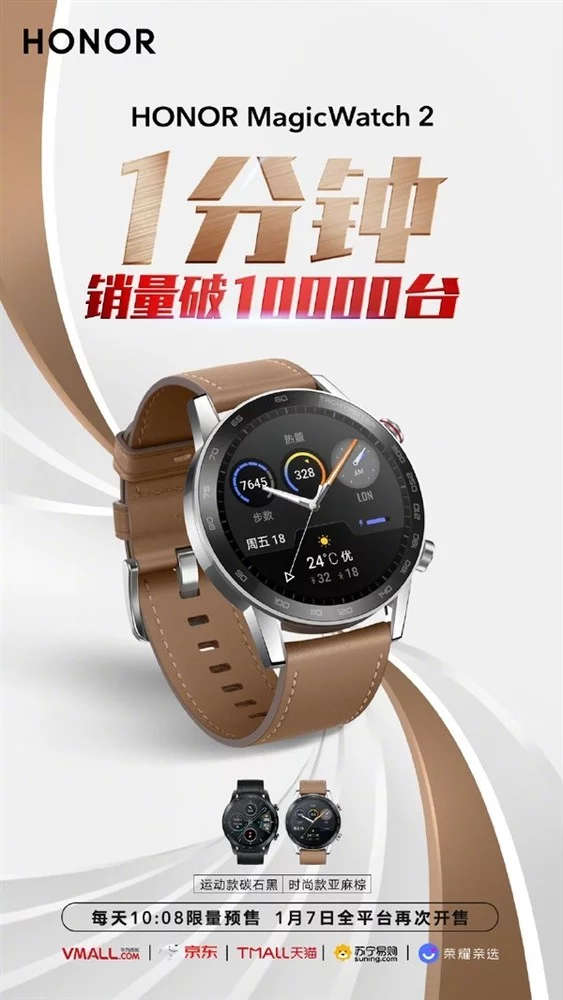