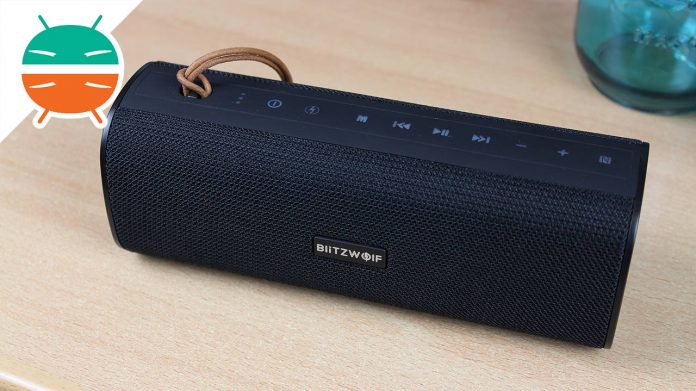 In today's review we will analyze a speaker from 20W produced by BlitzWolf, which is now a security in this sector, more precisely we are talking about the new BlitzWolf BW-WA2. How will he behave during the various tests? Let's find out together in our full review.

The sales package is quite simple and is made of white and green cardboard. Inside we find the following equipment:

Let's start right away from the design why this BlitzWolf BW-WA2 it has a simple and a little look industrial which I personally appreciate very much. In fact, externally we find a rubber and canvas covering that gives a good feeling to the touch. Furthermore, any entrance is sealed and covered in such a way as to ensure isolation from water and dust since the speaker has one IP66 certification. 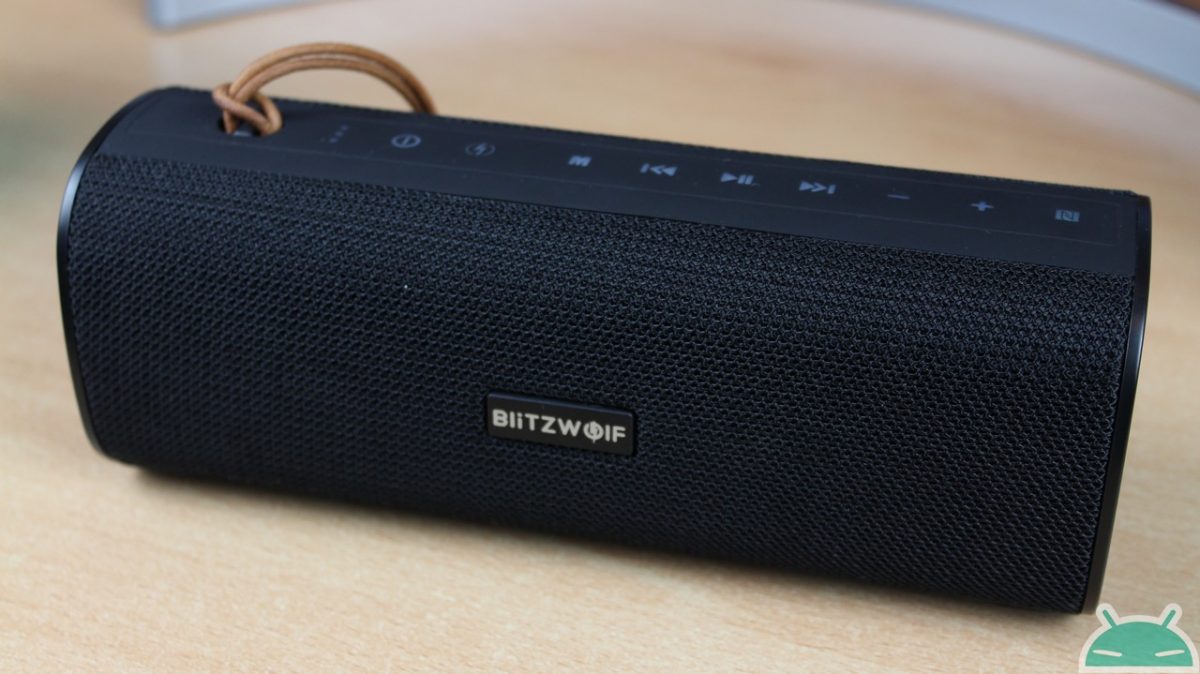 To have a power of 20W the case has a good size, in fact it measures 200 x 76 x 68 millimeters for a weight of 530 grams. We can easily put it inside the backpack in the event of a picnic or put it in a suitcase to take it with us on any trip without having too much space. 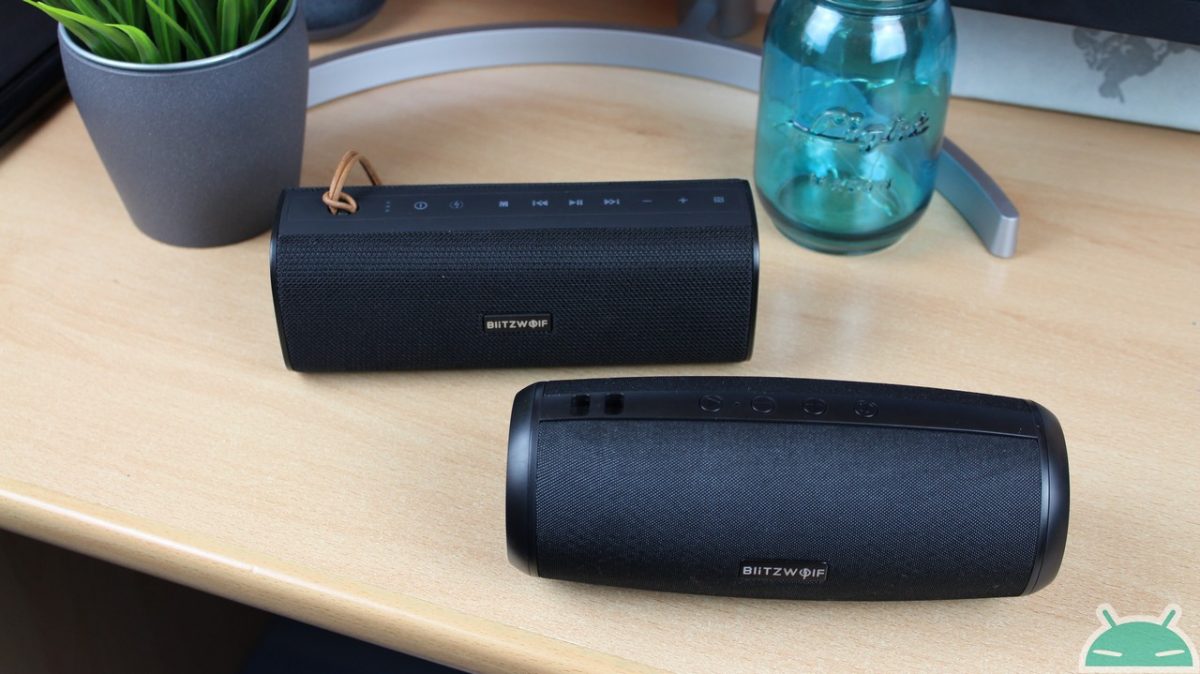 Under a special rubber protection we find the 3.5 mm jack input, a USB and Micro USB port and the reset button, while on the top of the product there are the following commands:

In addition there is also the status LED to indicate the charging status and the NFC symbol for immediate connection with the smartphone.

With regard to the connectivity BlitzWolf BW-WA2 owns the Bluetooth 5.0 and the connection with the smartphone is always very fast e firmly. At the moment of ignition they will not pass more than 3 seconds from the coupling, but alternatively you know that you can also take advantage of theNFC to facilitate the operation.

The signal remains stable up to approx 15 meters, after which the audio will start to be transmitted intermittently. Furthermore, as mentioned above, you can associate a second one with it BlitzWolf BW-WA2 and exploit them in stereo mode. In this case the maximum distance declared between the two for correct operation is 10 meters.

As an alternative to Bluetooth you can always use the AUX cable and take advantage of the 3.5 mm jack input.

La BlitzWolf BW-WA2 It owns two speakers da 20W total (10W the one) which guarantee a crazy power for its size. In fact, it will also be perfect to use outdoors during a picnic as it will ensure a more than adequate volume. Personally I think you could also use it for some impromptu party at a friend's house. 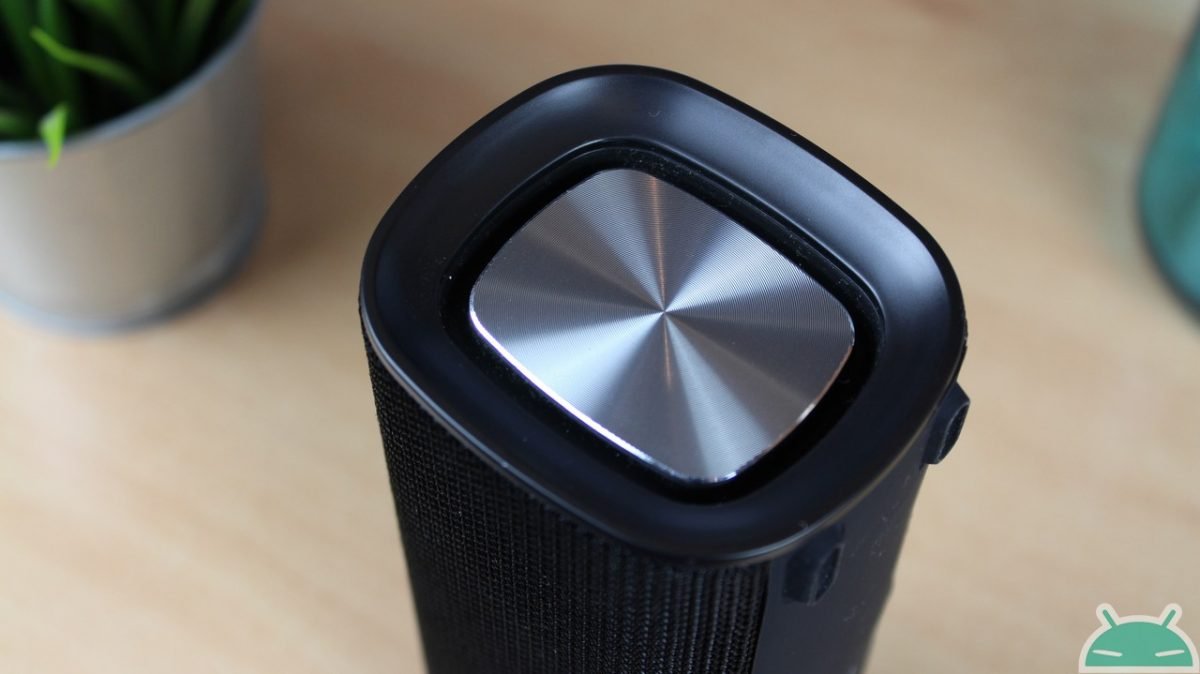 La sound quality in general it is good, especially when the volume is low, as the frequencies turn out to be a little more balanced between them. I made this clarification because i bassi they are well reproduced, but at high volume they tend to dominate the treble making the audio less "crunchy" or crisp (pass me the term deriving from "crispy").

Finally, as far as watching videos or films I have not found any kind of latency, so you can also use it as soundbar for your tablet o TV.

Under the body of the BlitzWolf BW-WA2 we find a battery from 4000 mAh which guarantees us ainfinite autonomy. Although the producer declares a duration of 4.5h with volume al 100% e 7h with volume al 50%, I managed to get up at least 9 hours with volume at 50% and with still 2 notches on 3 di battery residual. 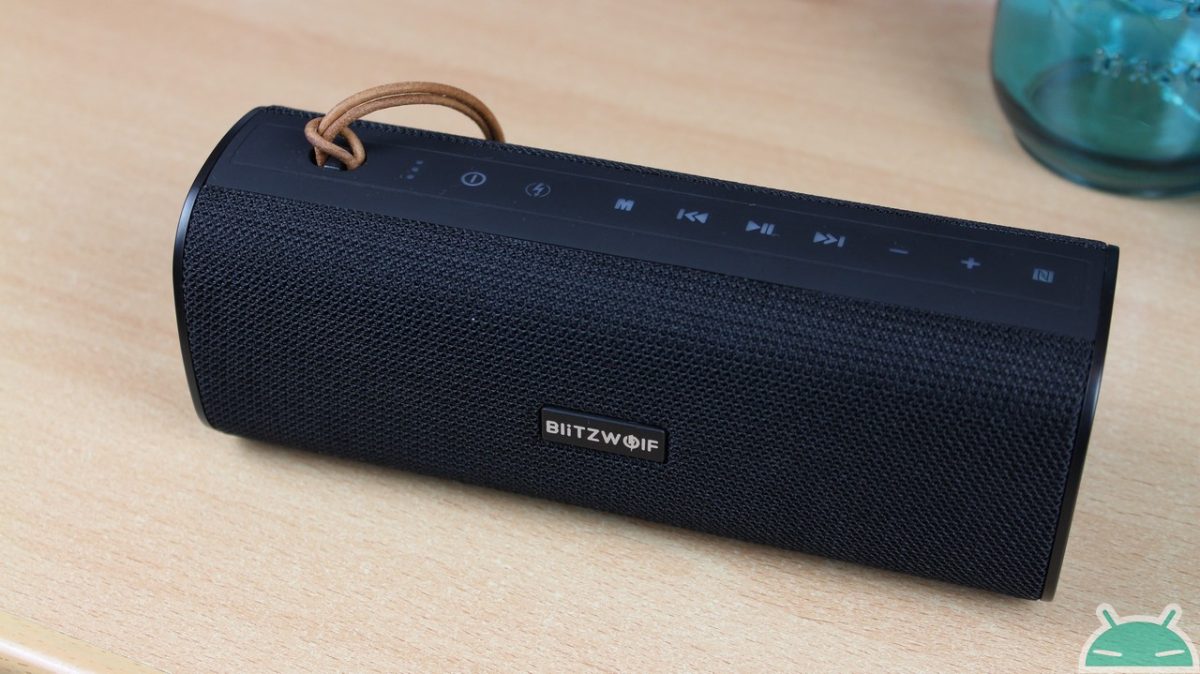 It is not at all easy to bring this speaker to 0% and this is great news because you can take it on the road with you without worrying about carrying the charging cable. Moreover, you can also use it as power bank to recharge external devices.

Finally, talking about recharging the timing is a bit long, in fact we will need at least 5 hours to bring the speaker from 0 to 100%.

Before drawing the conclusions it is important to talk about the price why this BlitzWolf BW-WA2 is sold on Banggood about 50 €, a figure not so high if you think of many other competitors with the same characteristics.

Unfortunately flaw a little in the reproduction of highs and this does not make it a perfect product for audiophiles, but I must say that thanks to his brute power could be suitable for parties or outdoor trips, especially due to the fact that we find one IP66 certification and good impact resistance. 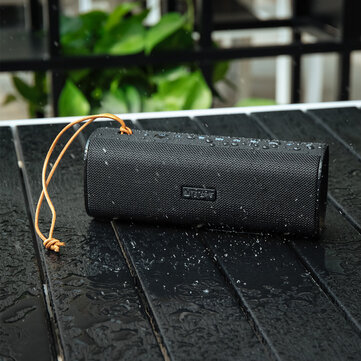 ABOUT US
GizChina.it is the independent and autonomous reference point in Italy on Chinese technology that offers news, reviews, focus, insights, guides, tutorials and much more on Chinese smartphones, tablets, notebooks, accessories and even lifestyle. This blog does not represent a newspaper as it is updated without any periodicity. It cannot therefore be considered an editorial product pursuant to law No. 62 of 7.03.2001
Contact: info@gizchina.it
FOLLOW U.S.
© GizChina.it - ​​Giz Srl 01973020660 Change your Privacy settings
OTHER STORIES

Nostalgia for smartphones under 4 ″? Rakuten Mini is the answer

The Eco Friendly bottle of Xiaomi YouPin is on a flash offer ...