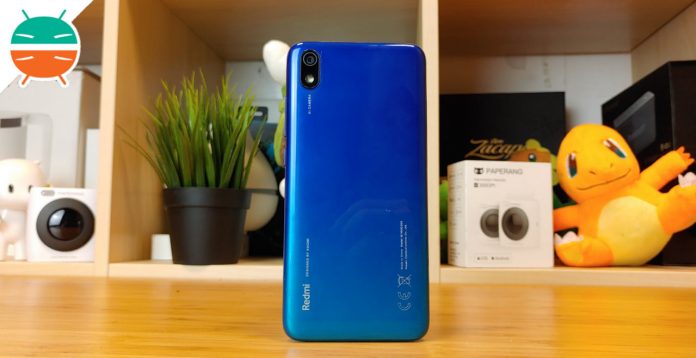 While in China we have witnessed to the debut of the new models of the Note 8 range, we are still in Italy waiting for news about the launch of the Global version. Meanwhile we are enjoying the most reliable Redmi Note 7, a device with an enviable quality / price ratio. But in recent months there has also been yet another addition to the family. Find out how the little boy in our house behaved review of Redmi 7A, super cheap model but - obviously - with some renunciations. Will the low price be enough to tempt the Mi Fans and undecided users looking for a new smartphone?

Il Redmi 7A it comes with a minimal sales package and a predominantly white color, in perfect Xiaomi style. Nothing new under the sun, but still we would not have expected anything more since it was still a budget device. Inside the cardboard we find the following equipment: 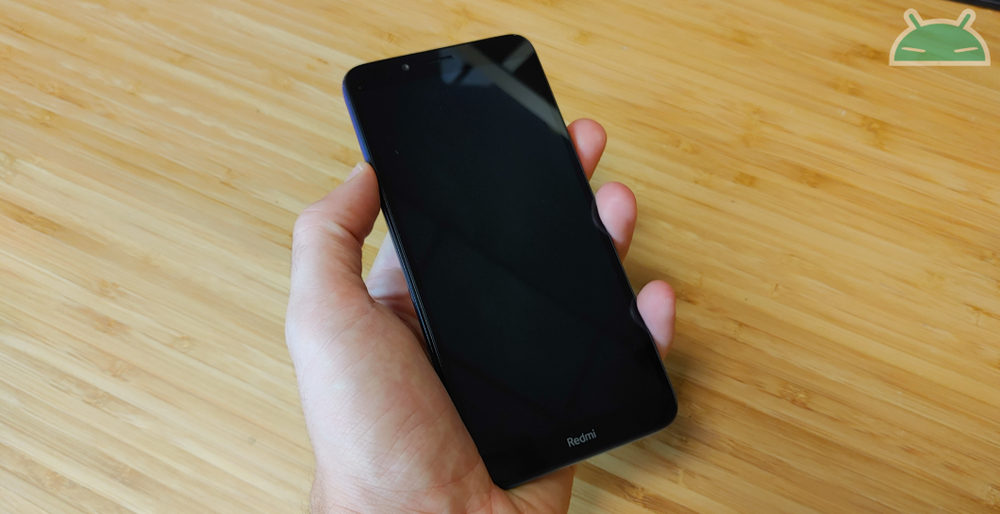 The "small" smartphone measures 146.30 x 70.41 x 9.55 mm for a weight of 165 grams. From the constructive point of view - since it is a model made by Redmi, Xiaomi's rib - there are no defects and everything is assembled precisely and without defects. The design now follows the "classic" trend we are used to, with a vertical dual camera in the upper left. Absent the back fingerprint reader: in this round the security relies exclusively on the usual pin / pattern and the Face Unlock 2D.

Frontally the display is framed by two wide edges (upper and lower, the latter with the Redmi logo in the center) and slightly more optimized but still insistent side stripes. The upper edge houses the notification LED, the selfie camera, the ear capsule and the sensors. Along the perimeter of the Redmi 7A we find laterally the SIM slot on the left and the volume rocker accompanied by the Power button on the right; at the top there is the microphone for noise reduction and the mini-jack input while the opposite is the main microphone, the micro USB input and the speaker.

The coloring is really pretty Matte Blue although on the whole we are faced with an ultra-proven design and an excessively cheap impression. In short, the device is cheap and certainly not aimed at style.

On board the small of the family we have a display IPS da 5.45 inches diagonal with resolution HD + (1440 x 720 pixel), ratio in 18: 9 and a density of 295 PPI. As is easy to understand from the budget nature of the device, it is not a high-level solution even though it is able to give some satisfaction in terms of viewing angles and colors. However, thanks to the not too accentuated brightness of the panel, sometimes these will seem a little dull.

Perhaps the only flaw is represented by its performance under the sunlight, where the screen becomes barely visible, letting its limits emerge from this point of view.

Within the settings it is possible to put hands to some parameters regarding the contrast, but nothing particularly exciting or thorough.

The heart of the Redmi 7A is represented by the chipset Qualcomm Snapdragon 439, an octa-core solution made with the FinFET process at 12 nm, with a maximum frequency of 2.0 GHz. We tested the variant from 2 GB of RAM and 32 GB of internal memory and beyond any consideration regarding the space available for the end user (which varies according to the needs of each), it is perhaps appropriate to point out that the only 2 GB of RAM available are not exactly the maximum .

Obviously setting the classic parameters related to the animation settings (a 0.5x) through the Developer Options you will have some advantage. However, overall you can breathe an air of heaviness not just, both in the navigation between the screens and the opening / closing of the applications. We have no brutal freezes or setbacks, but all his budget spirit emerges during the experience of use. Perhaps it is the "fault" of MIUI 10 that is too heavy for the hardware or some optimization problem, but the fact remains that the daily use may not be suitable for all those Xiaomi / Redmi fans for its ultra-powerful models at a low price.

The GPU Adreno 505 from 650 MHz it is absolutely not made for gaming, as is the whole package on board. Lags during games are not rare (even light titles, such as Brawl Stars) and temperatures higher than usual. However if you want to use the device for casual games, no problem; if you are a fairly competitive player or simply trained ... then perhaps the inappropriate frame rate will have the power to get your nerves on edge.

On the software side we could not ask for anything better: let's talk about the MIUI Global 10.2.6 based on Android 9 Pie, with all the benefits of the case. There is no lack of gesture internal screen (those of Xiaomi are my favorites), the double tap to wake up the display, the possibility of using a Second Space and of Cloning the apps to use two different Telegram and WhatsApp accounts (for example).

Obviously tastes are tastes and every user will have his preferences in terms of software. The fact remains that the MIUI 10 today it is a complete solution, quick and full of features. Given the limited experience of the hardware sector, it is a pity not to be able to fully enjoy what the Xiaomi software has to offer in terms of responsiveness and fluidity.

A note of merit goes to the Face Unlock 2D, really fast in recognizing the face and unlocking, as long as there is good lighting. 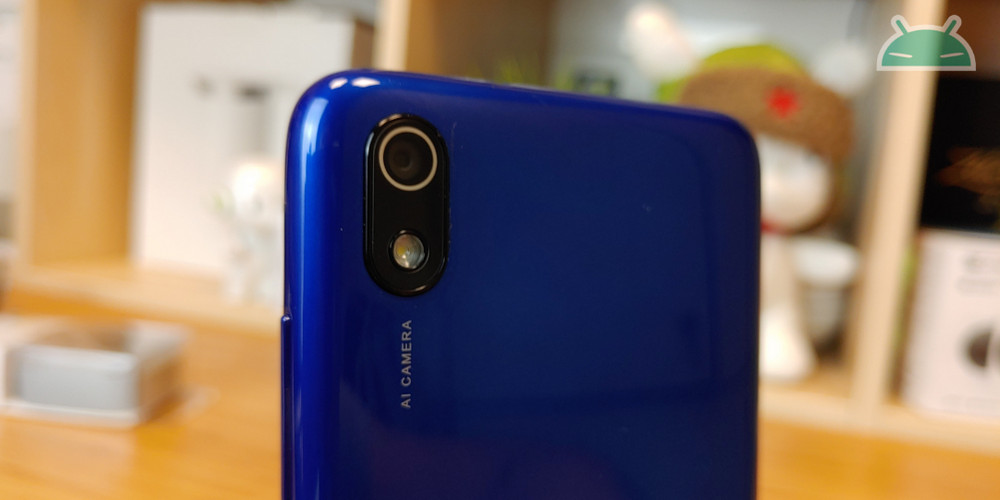 Unlike many other rivals (starting with the older brother Redmi 7, of which here is our review) also of non-famous brands, the Redmi 7A chooses the “easy” way and integrates a single camera from 12 mega-pixels (with opening f/2.2, pixels from 1.25 μm, PDAF and Flash LED), in spite of the avalanche of competitors who rely on double sensors, triple and now also quadruples. Obviously we clarify a point: the photographic performance of a smartphone is not measured by the number of sensors. However, a device with a single camera that aims to ingratiate itself with the low-cost band is somewhat anachronistic; in short, a wink is needed for strength and a sensor dedicated to depth (nothing more) would have been a nice effort.

However, despite the lack of a second module, it is possible to take advantage of the Portrait mode, which offers good bokeh, with subjects precisely cropped (except for some small drops). As for the photographic quality in whole, we are faced with an economic module: the Redmi 7A certainly does not aim to offer great performance from this point of view. Despite this, the shots are balanced and with a good level of detail; among the defects, we have a not very wide chromatic range (and sometimes not very saturated colors) and some problems in the lighting management (with consequent overexposure phenomena) in some moments, but overall we have images in line with the price range of the device.

Night shots lose bite and are definitely more mushy; the absence of Night Mode does not help. Side selfie, we have a sensor from 5 mega-pixels with Beauty and Portrait, HDR and soft Flash modes. The self-portraits are far from the social standards and the level of detail leaves much to be desired.

The smartphone is able to record Full HD video at 30 fps, with results not unlike what we've seen so far.

Under the body, the small entry level integrates a battery from 4000 mAh that, accompanied by a "limited" hardware sector, could predict great things in terms of autonomy. However the device has reached approximately 4 hours and 30 display minutes active during intense use, coming up 5 hours with more thoughtful use. Obviously it is still indicative estimates: what matters is to arrive at the end of the day without problems and the Redmi 7 manages to achieve this result.

For charging times, with the charger supplied, it will be necessary to wait approximately 2 hours and minutes 20.

The smartphone has a module dual SIM 4G, with the space needed to insert even one memory card (up to 256 GB). In terms of reception and call quality we didn't encounter any major obstacles and the volume turned out to be adequate for our conversations.

The rest of the connectivity package includes the 802.11 Wi-Fi b / g / n Single Band and a module Bluetooth 4.2. Absent the NFC while we find an FM radio. No problem with satellite navigation via GPS / A-GPS / Glonass / Beidou.

The same applies to the part audio for headphones, both wired and via TWS models. Finally, along the bottom edge we find a single speaker: good volume but obviously it is not the case to have claims on this front.

Review Redmi 7A - Conclusions and price

Il Redmi 7A lives on ups and downs but in the end a question arises: isn't this the fate of all the devices that belong to the middle or entry level band? In the case of our little Redmi house we will have to deal with some compromises, as widely shown during the review, giving up some "merits" in favor of a super low cost.

The smartphone, in fact, is sold by the store Banggood - which we thank for sending the sample - to one paltry figure for the variant from 2 / 16 GB and about ten euros more for the 2 / 32 GB model. At this point, the choice is yours, based on your needs. Look for a forklift to be mistreated by spending as little as possible? Then surely Redmi and Xiaomi represent a guarantee.

You need a device for a user unpretentious, maybe fasting in the world of Android smartphones? Also in this case the Redmi 7A will fully meet the expectations, always by virtue of the price ragged. But if you are an advanced level Mi Fan or looking for a medium range that is cheap and powerful, perhaps without too many sacrifices, then you will have to put your wallet to hand by spending a little more and focusing on something else.