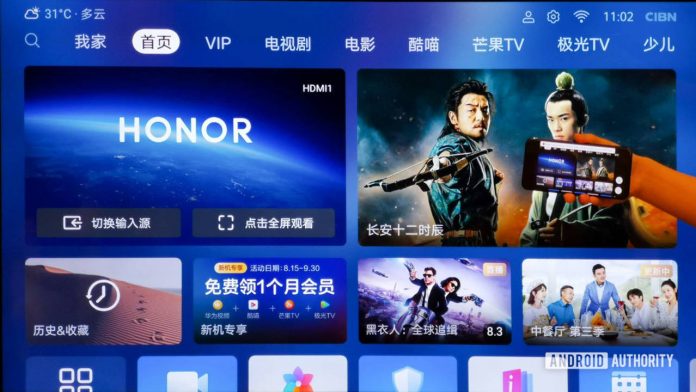 As far as the Honor Vision is already announced to the general public, the Smart TV di Huawei still waiting to be revealed. Probably the controversies with the USA are slowing everything down, also because in the objectives of the Chinese duo there is also the western market. One wonders, then, if Huawei will want to take advantage of the existence of HarmonyOS to expand it also outside of China. In reality, this may not be the case, as the certification of the institution reveals Bluetooth SIG.

The August 30 in the database appeared 5 models, signed as HEGE, OSCA-550, OSCA-550A, OSCA-550X and OSCA-550AX. The name of the product is that of "HUAWEI / HONOR Smart Screen“, So it is not clear whether it is the Huawei or Honor version. What seems certain is that the software is referred to as EMUI HomeVision instead of HarmonyOS. Furthermore, there are references to Google and Android, suggesting that these models may have Android TV.

At this point it is enough to do 2 + 2 to hypothesize that these are the western variants of the Huawei / Honor TV. Strangely, Huawei would have opted for a path already traveled by others, avoiding taking HarmonyOS out of China. One approach poco risky: since this is his entry into a new sector, he could have dared, proposing his own idea of ​​software. But perhaps HarmonyOS may not be ready to please non-Asian users' palates. However, it cannot be excluded that the aforementioned EMUI HomeVision is an interface that, despite being based on Android TV, offers an experience similar to that of the new proprietary OS.

Xiaomi 12T check on the web: it will share the power of the next Redmi