The much loved one A league" di Xiaomi in collaboration with the project Android One continue and after bringing you the review last Xiaomi Mi A3 we decided to compare it with the previous model, or Xiaomi Mi A2. In fact, to date the price of the latter has dropped significantly, coming to cost almost half of the new solution proposed by the company of Lei Jun. So is it worth upgrading or can we stay with the second version without regrets? We just have to find out in our full review!

In order not to lengthen the article with continuous numbers we will leave the technical sheets of both devices below, so that they can be compared much faster.

Compared to the previous generation of progress in terms of design they have been made, as is it Xiaomi Mi A3 has some dimensions definitely more contained, a glass back cover, a less protruding photographic module and much more optimized frames. In short, the We are A2 aesthetically speaking it belongs to the past, but in spite of this, his well-distributed weight and limited thickness make him a pleasant device to take with him. 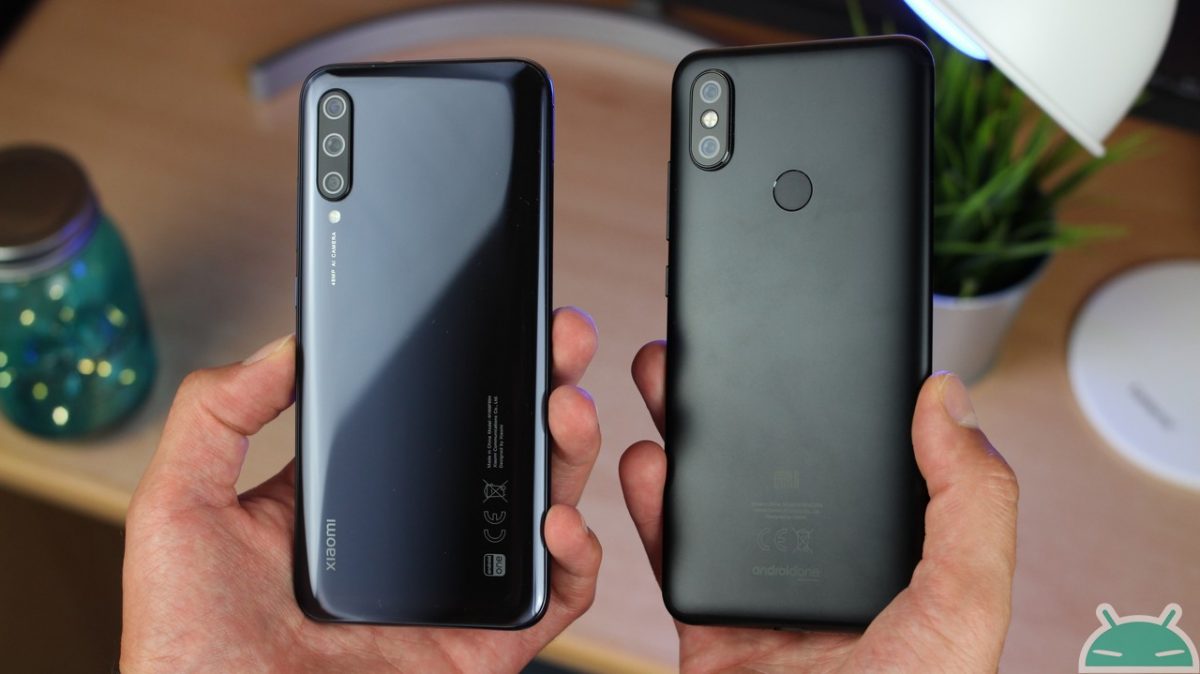 As I present in every review, the evaluation of the design of a smartphone can be subjective and maybe there are those who prefer the satin metal back cover of Xiaomi We are A2 to that of glass Xiaomi Mi A3, but in my opinion the latter wins hands down, even from the point of view of handling. 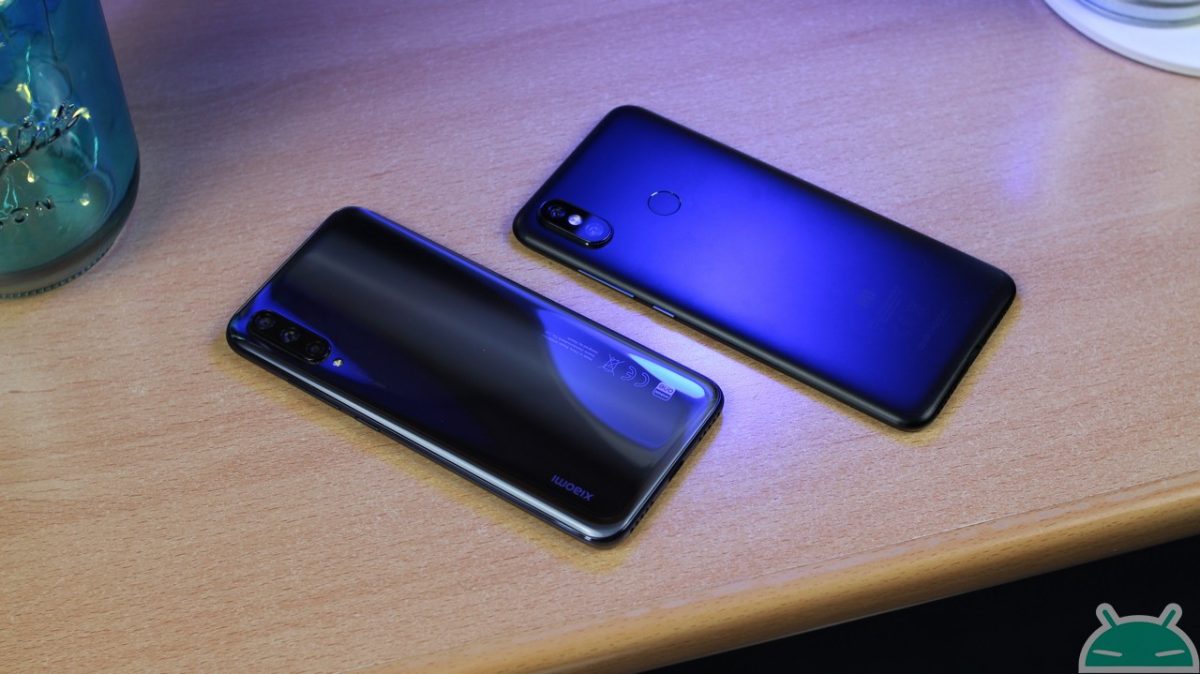 In fact, despite an almost identical panel on the diagonal of the display, the difference of form factor it makes itself felt in the hand and for those who love compact smartphones the new one entered the house Xiaomi it is the ideal solution between the two. 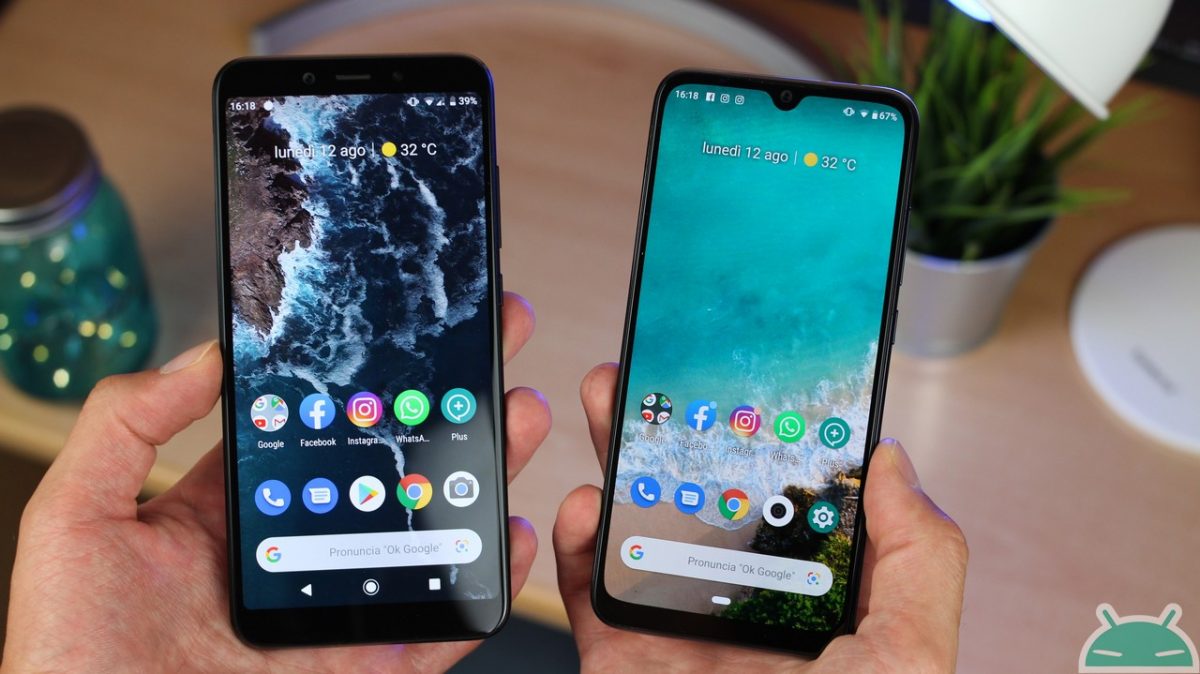 Despite the slightly curved back cover of Xiaomi Mi A2 I liked it very much, a decidedly negative aspect was that relative to the ledge of the photo module that made the smartphone dance a lot when placed on a flat surface. In part the shooting with the new model has been corrected, but the problem still remains. Fortunately, however, the supplied silicone cover puts a piece in it and will perfectly level the gap. 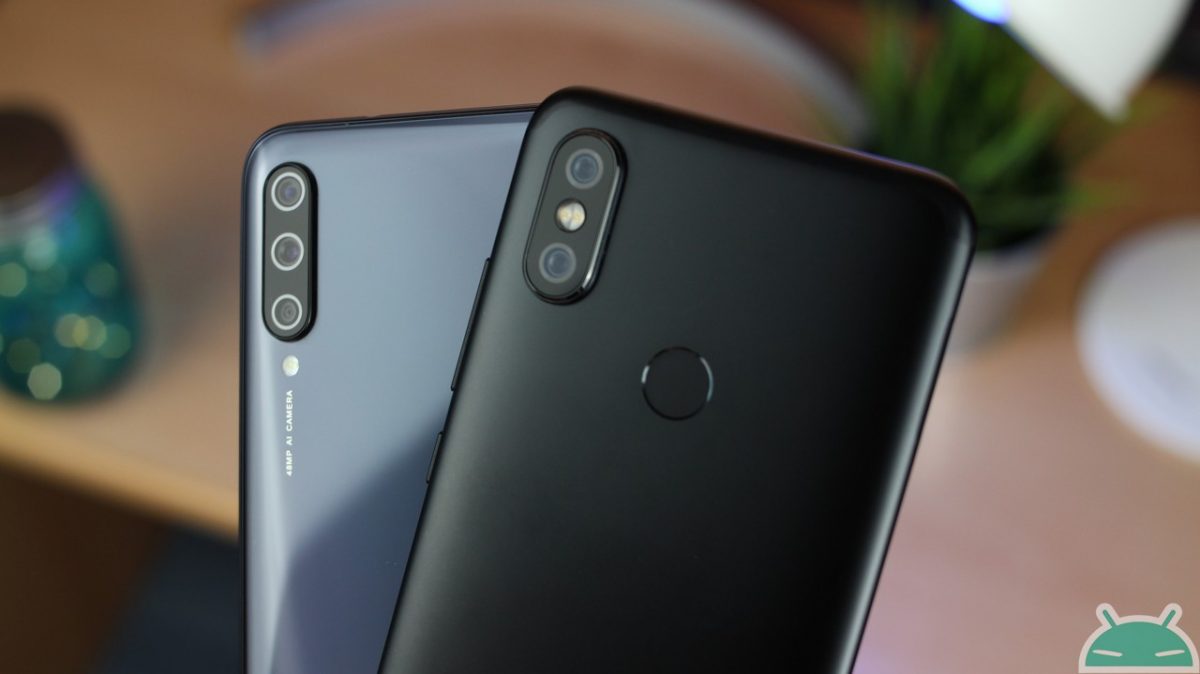 For the rest the configuration of the keys and the doors has remained the same, so on both we find both the USB Type-C input and the mini-jack input. The only difference is that the new model has been removed fingerprint sensor on the back cover and one was integrated below the display, just like the latest trends (as well as facial unlocking). There is no doubt therefore that the A league" has been updating. 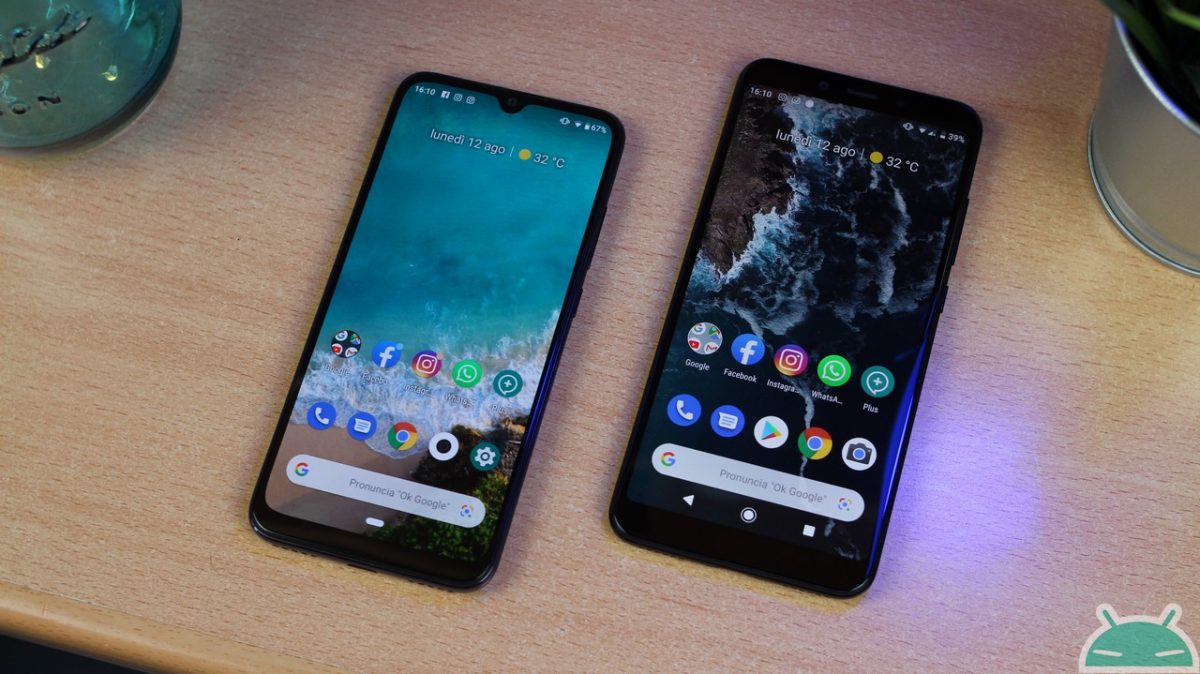 In terms of colors, the former tends more towards gods warmer colors compared to the second, which, instead, has one cooler temperature and this is especially noticeable with whites. In general, however, the color rendering on the panel AMOLED seems to be better, but the fact that both cannot be calibrated bothers me a bit.

The maximum brightness and the automatic sensor are good on both smartphones and I didn't encounter any particular problems even with the viewing angles. The only one defect to be noted is that with gods polarized sunglasses Sara impossible to use lo Xiaomi Mi A2 in vertical position, since the polarization of the panel was not done properly (by turning the smartphone we have no problems, but who uses their phone with an inclination of 45 °?). This does not happen with the new model.

The latter, however, has a detail that lowers the evaluation of the display a little, as we have one resolution which stops at HD, unlike Full HD of We are A2 and although the difference is not so marked at first sight, by analyzing them better one sees the detachment in detail between the two, both in the images and maybe in the icons or in the widgets.

The upgrade between the different generations has also been done on a hardware level as well as on an aesthetic level. Indeed, while it is Xiaomi Mi A3 owns a chipset Qualcomm Snapdragon 665 with 4 GB di RAM LPDDR4X e 64 GB di Expandable UFS 2.1 internal memory, the Xiaomi Mi A2 has a still great Qualcomm Snapdragon 660 with 4 GB di RAM LPDDR4X and with 64 GB di XMMUM eMMC internal memory not expandable. 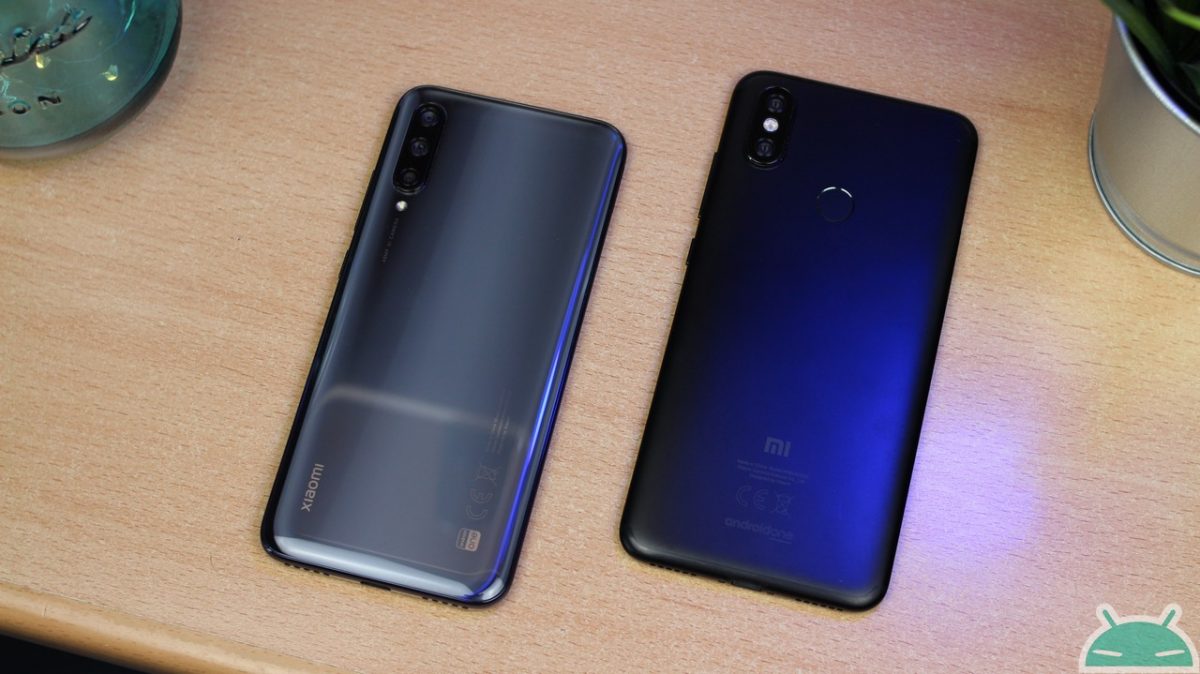 The step forward, in addition to the processor update, was also made in the memories, as the We are A3 finally owns a UFS 2.1 much faster with respect toeMMC 5.1. Later I also leave you some benchmark tests:

Both smartphones, however, behave well in everyday use and there are no obvious differences between the two. The speed in the opening of the app is almost identical and both are confirmed to be reliable thanks also to the presence of a stock software always light and fluid. The only point to point out is that both tend to warm up a little at the top during the most intense gaming sessions with challenging titles like PUBG.

Coming therefore to the Gaming, in this case we find a GPU Adreno 610 on board We are A3 it's a Adreno 512 on We are A2. The lighter games are played without problems on both devices and in more detail we talk about titles like Subway Surfers, Clash Royale o Brawl Stars, while heavier ones that require more computing power (such as PUBG) are reproduced by default a details at most on new entry in house Xiaomiwhile a average details on We are A2. The fluidity is good for both of us, but I found one best use on the Xiaomi Mi A3.

Before analyzing the shots, we must also point out that the software of the camera (as per tradition) is that of Xiaomi, But the We are A2 has an application not completely updated like that of its rival. For example the night mode it is not the same mode that is now found on most smartphones (slow exposure and extended shutter speed to capture more light), just as we do not find the AI mode, as well as some more gems. For this reason I compared the shots between the two in automatic HDR mode and without artificial intelligence to see how they behaved.

In situations of excellent brightness the shots are very similar in general rendering and definition, but the We are A3 owns gods more faithful colors to reality and one better light management. This can also be seen in night in which often the We are A2 it tends to overexpose the strongest light sources slightly more. As if this were not enough, some colors (like yellow) tend to be colder and the photos in general are less detailed (slightly).

Frontally, however, We are A3 has a sensor from 32 mega-pixels that you go to collide with 20 mega-pixels of We are A2.

In daytime the first takes the more detailed selfies and with one lighting management and colors best. In fact, here the HDR behaves much better than the We are A2 which tends to overexpose the photos more. In some situations of sufficient and uniform lighting the shots also seem to have a similar yield, but by making some crops we notice a detail and a greater precision than We are A3. This is also due to the fact that with the We are A2 we will have to hold the hand very steady so as not to make the photos move (especially at night). Since we talk about photos of notte, also in this case the aforementioned is repeated, confirming the superiority of the new person entering the house Xiaomi.

L'audio between the two devices a single speaker it is really very similar in terms of volume, while as far as fidelity in the reproduction of frequencies is concerned We are A3 seems to have one greater presence of bass, although the quality remains in the sufficiency for both of them without being particularly enthusiastic.

No particular difference to report with regard to the connectivity, as the sub-fund is almost identical. Good reception on both terminals as well as satellite navigation. Unfortunately, and I repeat unfortunately, it is absent the NFC on both smartphones.

The only change we have to mention concerns the unlocking methods, As Xiaomi Mi A3 offers fingerprint sensor below the display and facial recognition via selfie camera, while the We are A2 only one fingerprint sensor on the back cover. Despite everything, the latter is always the fastest and most responsive, in fact it is enough to simply place your finger for a fraction of a second to unlock the device, unlike the sensor of the We are A3 which due to its technology does not guarantee a similar speed, although it is quite accurate.

Obviously the criticism is directed to the sensors placed under the display in general, which at the moment cannot replicate the performance of the release sensors physically placed on the body.

I don't think there is much to say about the software since this series adheres to the project Android One and therefore we can count on a stock software with all his pro and its against. In fact, the interface has several advantages in terms of fluidity, speed, lightness and cleanliness on a visual level, but it lacks the much loved personalizations that we find on the MIUI including navigation gestures, app cloning, display calibration and much more.

However, I will not be here to discuss which of the two software is better since the comparison is between two terminals with Android One and since those who intend to buy Xiaomi Mi A3 o We are A2 he knows very well what he wants to buy and which UI he prefers.

On the front ofautonomy we have a big difference in that Xiaomi Mi A3 offers a battery from 4030 mAh which always brings us to the evening with about 5 hours of active display, while Xiaomi Mi A2 with his unit from 3010 mAh allows us to get to an average of around 3 hours and 30 minutes of active display.

In short, the difference is there and the lovers of autonomy will probably prefer the new model to the old one considering also that it has the support for fast charging from 18W. However, in the package of both we find a standard power supply from 5V 2A.

In conclusion of steps forward many have been made, some have not totally revolutionized the smartphone, while others have. It cannot therefore be denied that it Xiaomi Mi A3 both a better phone than the previous generation, but one that unfortunately does turn up one's nose and the display only in HD.

To date it Xiaomi Mi A2 it is almost always around 150 € su Amazon and this has given rise to a question in many of us: it is worth spending about 100 euro more to take the new model? I personally believe that the answer is: Yup. This is because as far as it is Xiaomi Mi A2 both a still reliable smartphone we have different aspects related to the past such as the design and form factor, the absence of one wide-angle camera and a battery with suns 3000 mAh. So, if you want a smartphone with stock software I recommend it Xiaomi Mi A3. 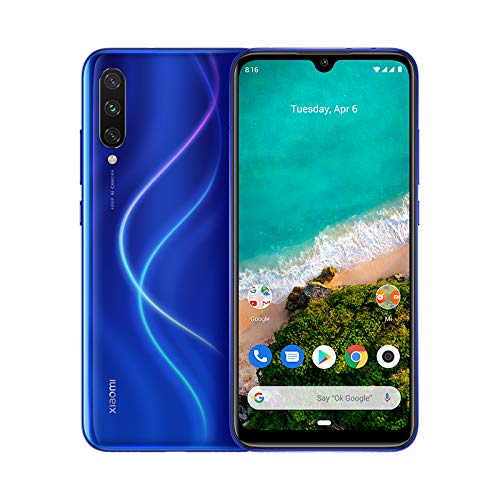 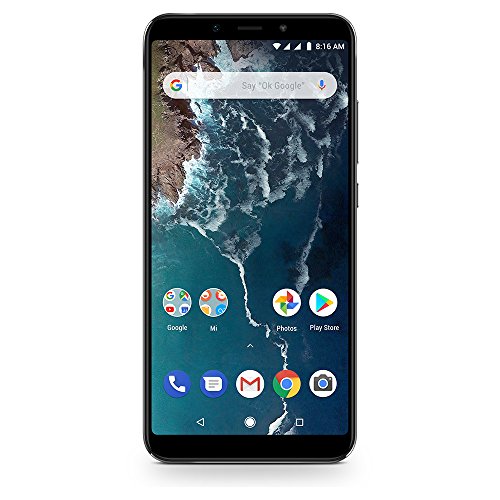