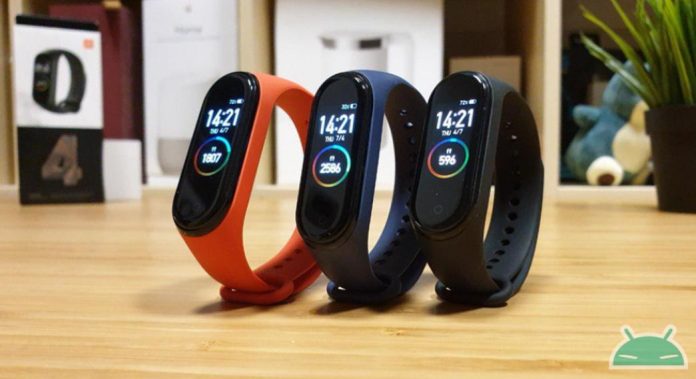 Xiaomi Mi Band 4 represents the fifth model of the company that, in these years, has been able to innovate its own w in many respects. This year, with the Mi Band 4, we have witnessed an epochal turning point: the display AMOLED coloured.

This will be the killer feature of the new band fit? How much will it be improved compared to previous models? You can find answers to these and other questions in our full review.

Change the sales package compared to the past, but not the content, we find inside: 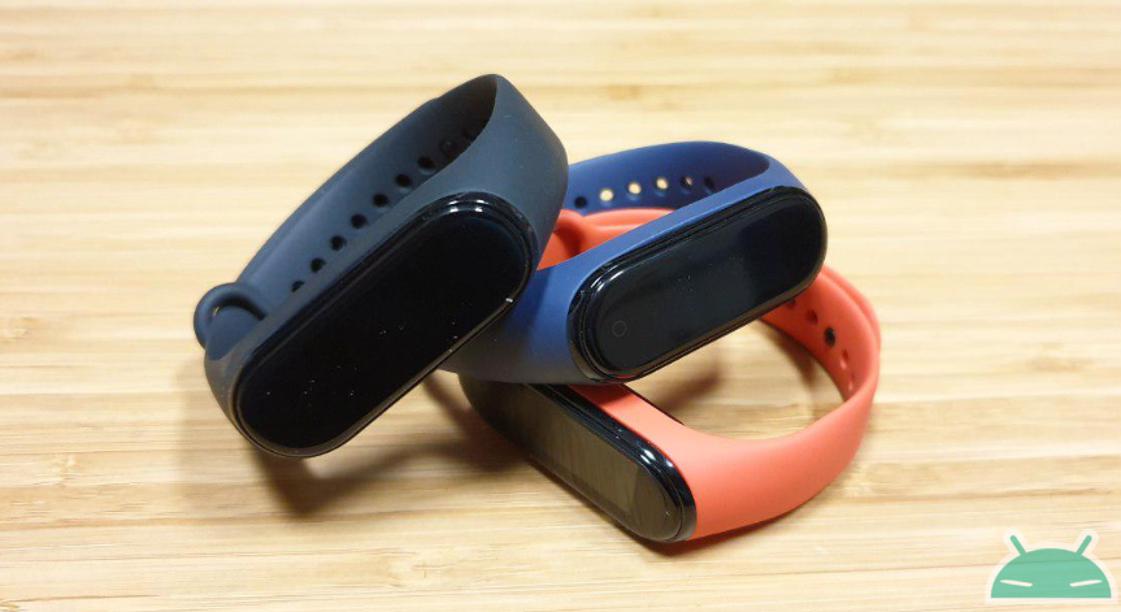 Xiaomi Mi Band 4 represents, from an aesthetic point of view, a return to the past. Although the curvature is present 2.5D, in fact, the display is much flatter than the Mi Band 3, choice due - probably - to the thicker dimensions of the capsule.

If aesthetically the device can make the most pretentious doubtful, the same cannot be said of the build quality. Xiaomi - once again - it was impeccable. The small capsule offers a truly remarkable sense of compactness, both for the side frame and for the display. However, just the latter, being exposed to beating and bumps, it is advisable to buy a protective film.

To give a touch of final design we have the interchangeable strap, which is confirmed to be breathable and ideal for any type of sport: thanks to soft feedback it does not cause any skin problems, even if sweaty. A little note: in case you have straps of the Mi Band 3 do not throw them away, they can be reused for the 4! 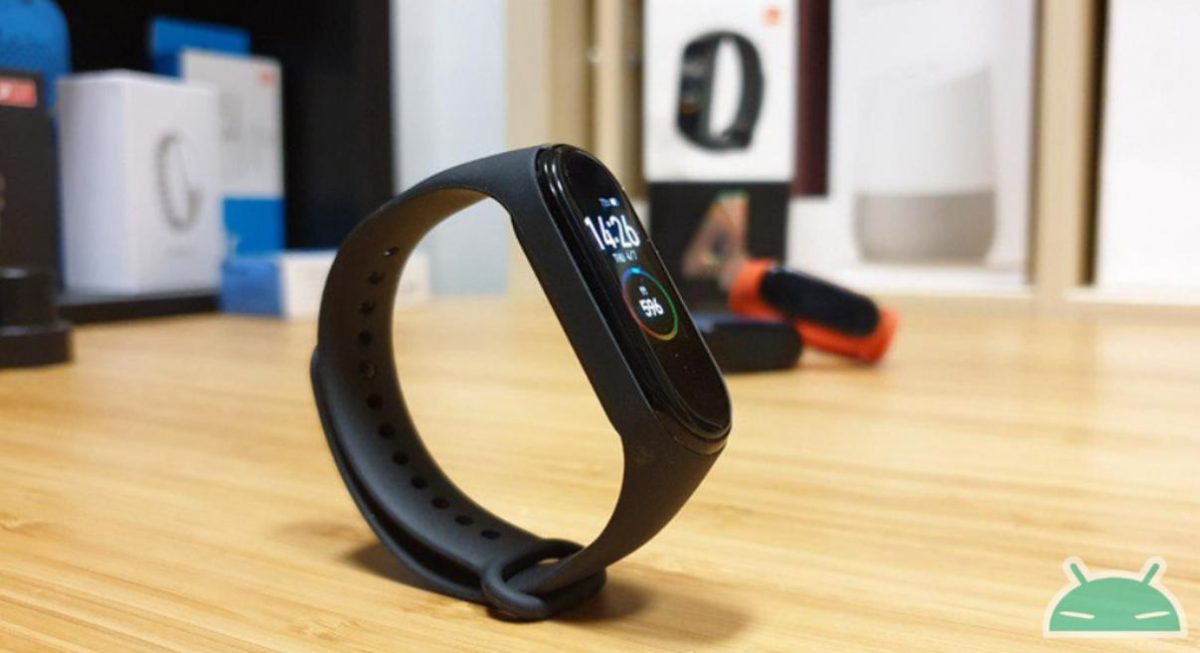 The display is the great protagonist of this Xiaomi Mi Band 4. The step forward is considerable: we find a unit AMOLED in color from 0.95 inches, with resolution 120 x 240 larger than 39% compared to the previous model.

It is a full touch display. Directly from the latter we will be able to access all the features of the Mi Band 4 and the improvements do not reside, only, in the fact that it is in color. The added value of the display is its brightness, settable to 5 levels and able to perform at its best even in direct sunlight.

The most awaited novelty of this Mi Band 4 did not disappoint my expectations. In addition to offering countless new watchface opportunities, the amplitude (increased) of the display, combined with clarity and brightness, offer the user experience a considerable step forward that affects both sports and everyday use.

When we talk about hardware in these cases, we do not dwell so much on memories and capacity, but rather on the opportunities offered in everyday use. Xiaomi Mi Band 4 boasts one water resistance to 5 ATM (50 meters) from the possibility to be used safely for swimming in the pool and in the shower.

Present the cardio frequency meter on the basis, which allows users to monitor the beat both on request and H24 (in this case autonomy will be affected). The Mi Band 4 gives its best though, thanks to theaccelerometer to 3 axes which affects the most disparate physical activities, such as running, bike and - precisely - I swim. Regarding the measurements, we do not notice particular differences with respect to the Mi Band 3, both in reference to the heart rate check and to the motion sensor.

Xiaomi Mi Band 4 reports the statistics fairly faithfully, though not reaching a precision of the 100%. In the event that you are driving, or in public transport, you will see your "daily steps" grow while not moving, due to the non-total precision of the sensors used. Thanks to Bluetooth 5.0 LE the app can be paired We Fit and all data will be transmitted in real time on the smartphone. GPS support is lacking and, in the Western version, too microphone ed NFC, present instead in the Chinese version. 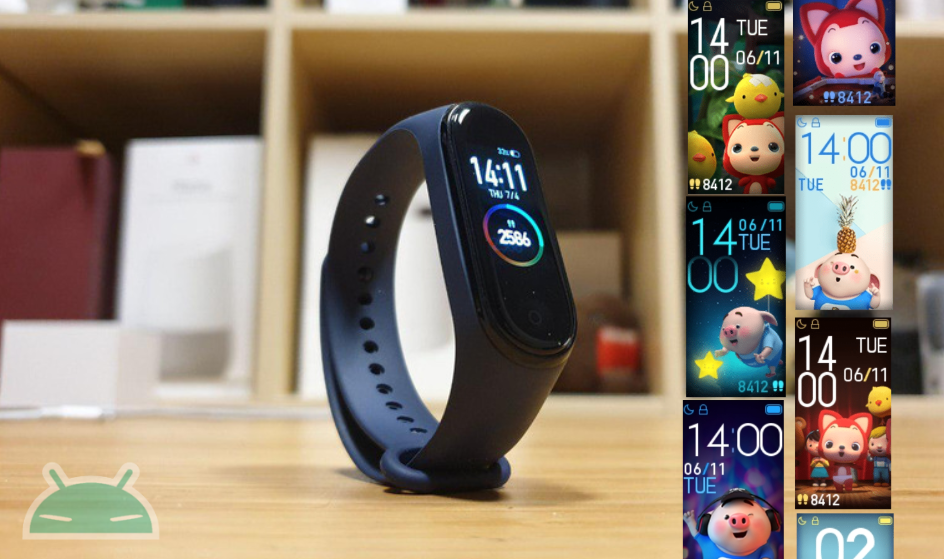 To fully utilize the Mi Band 4 you will need to make the pairing with the app We Fit. In this sense we find a particularly accurate software and a much more expansive user experience. What is striking at first sight is the possibility, within the proprietary app, to vary over 30 watchfaces, all different and colorful. We emphasize that it will not be possible to select them all directly from the smart band, but you will have to resort to the app indicated.

In addition to watchfaces, we find others feature significantly improved compared to the past. We refer to the selection of practicable sports which are: outdoor running, treadmill, cycling, walking, exercise and pool swimming. By selecting each of these you will have precise details about the exercise to be performed. For example, if you are going to swim, the Mi Band 4 will ask you if in a tank from 50 or 25 meters.

Another not inconsiderable novelty is the possibility to control the music listened to on smartphones directly from the Mi Band 4 making a swipe directly from the home. This will give you access to the song that you can send forward and to the volume. 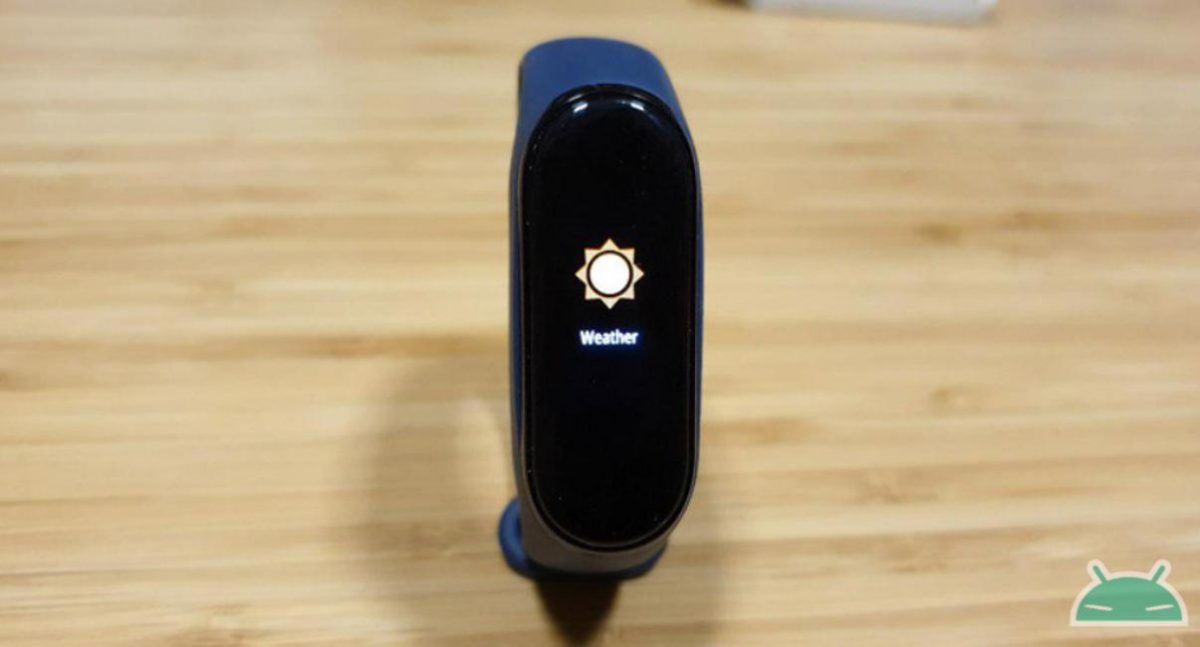 Continuing the journey in the settings of the Xiaomi Mi Band 4, we find the possibility to consult the weather in real time and up to 4 following days, as well as the possibility of setting the DND (Do Not Disturb) for the smartphone and alarms at set times.

The device is also particularly useful in everyday use, constantly monitoring physical activity and more. More precisely we can rely on sleep monitoring, reliable in my opinion, with one 90% accuracy which also offers an overview of the quality of the same to be consulted within the app.

Inside the Mi Band 4, you will then find a function that may seem rather special: we refer to the possibility of lock your bracelet with code. Beyond being able to use it to protect the privacy of the last 5 unread messages, it is possible that this function is linked more to the model with NFC, responsible - for example - for contactless payments. Recall that currently the Mi Band 4, with the firmware updated to version 1.0.5.39, is only available in English. However we have reason to believe that, as happened for Mi Band 3, Italian will also be available soon.

When you buy the Mi Band, or a smartwatch more generally, one of the main reasons is to keep under control notifications and phone calls. Xiaomi Mi Band 4 it accomplishes this task very well. From the proprietary app you can set the notifications to be received on the band and these will be displayed in full (in the case of long messages you can consult them all by scrolling on the display) and, in the section "Notification" it will be possible to consult up to 5 unread messages, reporting - in the case of the most common apps - also the relative icon. 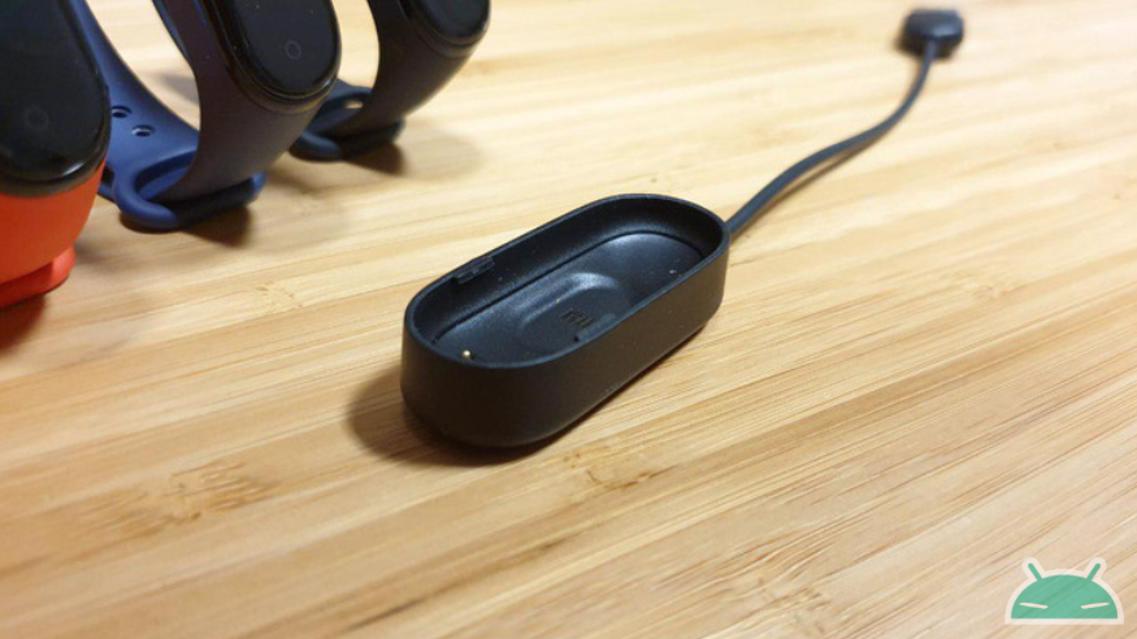 With the arrival of the color display, particular attention was paid to autonomy. Xiaomi Mi Band 4 in fact it has a larger battery, from 135 mAh.

Despite this, the limits in terms of autonomy compared to past models are felt. The 20 days of autonomy of the Mi Band 2 are far away; with an intense use of the pairing, although not having the H24 beat monitoring active, Xiaomi Mi Band 4 can barely exceed a week of use.

Can this decline be penalizing? Absolutely not, given what you earn for feature and display quality, with a non-negligible brightness given the type of device, we can be satisfied with this little one trade off. In short, load the Mi Band 4 for 3 times a month certainly not a problem!

With the supplied charger, which varies from the previous method, the band will recharge from 0 to 100% in just under 2 hours.

We are "forced" to repeat what was said last year: also Xiaomi Mi Band 4 can be considered a best buy. This is because the company has succeeded in perfecting an already valid product, not exaggerating but adding some feature missing so much that the fit band gets even closer to perfection. A best buy also seen the price, impossible to overlook. The smart band - which was launched in Italy at the price of 34.99€ - has a street price tending to the downside: approx 24€ + shipping costs if you decide to buy it from GearVita in the Chinese variant.

If you are looking for the band sent by Europe at constantly updated or better prices, follow our offer channel @GizDeals.

The successor to OPPO A5 2020 would have already been certified