At its first release on the Italian market Xiaomi Mi 9T made sparks by registering a sold out in sun 24 hours. This has caused great competition with other brands and with different smartphones present in the mid-market segment, often even more expensive. For this reason today we will go to compare the new one entered the house Xiaomi with OPPO Reno, one of the most beautiful devices currently on sale. Let's not get lost in further talk and let's find out everything in detail in our comparison.

In order not to repeat continuously all the technical specifications of the smartphones and to avoid overloading the reading, we leave you all the data related to Xiaomi Mi 9T e OPPO Reno, so as to have a more complete view:

Le dimensions between the two smartphones are quite similar, we can use them with one hand but not without some difficulty, especially the one Xiaomi Mi 9T that, compared toOPPO Reno, has a back cover in glass which will make it more slippery.

Speaking of aesthetics here the judgment is completely subjective, as the play of light offered by Xiaomi they are really very particular, but personally I prefer the design more elegance and less flashy than OPPO Reno, although it must be said that the particular opaque work tends to be scratched quite easily. Apart from this defect, the two devices were masterfully constructed and, in fact, they are very solid and free of creaking noises.

Both have a common element, namely the pop-up room, which, however, differs in form. That of the Reindeer it is wider (in the shape of a shark fin), faster, but holds more dust compared to that of Xiaomi Mi 9T, which can also boast of a captivating LED of contour that I truly consider a beautiful gem. In addition, I preferred the earpiece of the latter, as it does not reside within the automated module.

The latter seems to offer the best blacks and whites, but the Xiaomi has more saturated colors, a higher maximum brightness and some software gems that should not be underestimated, such as theAlways-on color display and Dark Mode, which will also benefit autonomy, given that we are talking about an AMOLED matrix.

Despite everything they are two units worthy of note for their price range, it doesn't happen very often to find some AMOLED of such good quality over medium range.

Speaking instead of performance while OPPO Reno is moved by a Qualcomm Snapdragon 710 with memory cuts from 6 / 256 GB, Xiaomi Mi 9T can boast of the most recent Qualcomm Snapdragon 730 but with 6 / 64 GB, although the variant da is also present 128 GB. Unfortunately, however, in both cases we cannot insert a microSD to expand the memory.

Le performance are excellent on both fronts, but probably it Xiaomi It results to be faster a few fractions of a second from theOPPO. The various difference between the two, the one that could therefore make you choose one smartphone rather than the other, are the memory cuts, although this does not affect poco on the final price. We speak, in fact, of 329/399 (depending on the version) for the company's devices Lei Jun against 499 € for the Reindeer (list prices).

Il Gaming, instead, it is good for both smartphones, which perform even the heaviest games such as PUBG and we have not found any particular FPS drops which could compromise the final gaming experience.

It is precisely in the photographic sector that we note the major differences, since on the one hand we have the I 9T with three sensors, one of which Sony IMX582 da 48 mega-pixels, a telephoto lens from 8 mega-pixels with 2x optical zoom and an ultra wide angle from 13 mega-pixels, while from the other we have two sensors or a Sony IMX585 da 48 mega-pixels and a second sensor from 5 mega-pixels. The absence of wide angle unfortunately makes itself felt on a smartphone of the latest generation, personally I find it pleasant and now fundamental. 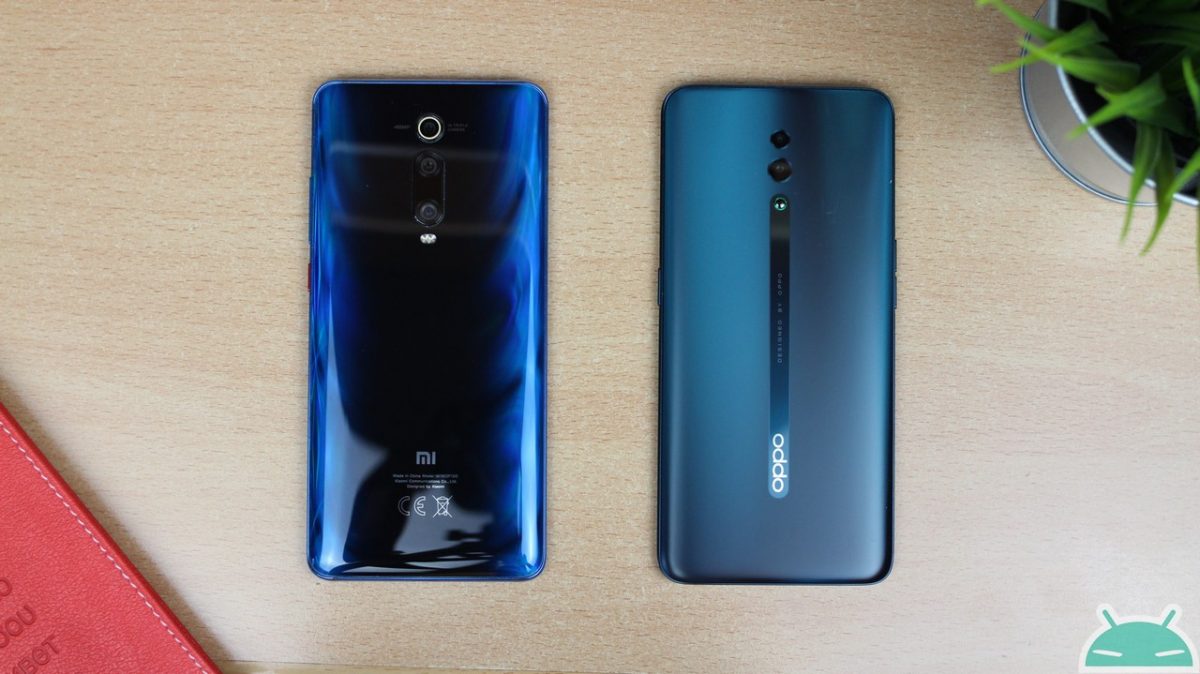 Di day the results are quite similar to each other, in fact, both are characterized by a high level of detail, a good natural bokeh and overall a good yield, but the AI ​​and the HDR of OPPO tends to saturate colors more. Moreover, by making some crop I found a greater definition on Xiaomi Mi 9T.

Di will be, instead, the situation is reversed as the latter offers shots with more grain and digital noise, less definition and sometimes even micro-moved because ofassenza di optical stabilization. neither OPPO Reno it is provided, but in this case the results are better. We also note that the colors are more realistic.

As for the front camera, the Reindeer has a sensor from 16 mega-pixelswhile its Xiaomi he has one from 20 mega-pixels. Also in this case the first has more saturated colors, but a little more satisfying than the I 9T which gives us the impression of having colors that are a bit too dull. The sharpness has also been increased to the latter, which involves a slight grain. The lighting management is better on the Rhine and overall I think the smartphone of OPPO take advantage even in the evening, as there is less digital noise, although there is the feeling that the shots are slightly less defined than in the home device Xiaomi.

We remain in the multimedia sector, but this time we are talking about audio because they both have one single speaker lower, but the I 9T returns an audio higher e shrill, while we note that the frequency balance is very similar. However, the situation is reversed in listening to headset in which OPPO Reno he manages to give his best by stepping over his rival.

As already mentioned above, with regards to the audio on call I preferred the earpiece of the Xiaomi Mi 9T, as to listen well to our interlocutor from theOPPO we will have to put the ear right on the edge of the smartphone because the earpiece is in the pop-up module.

With regard to the connectivity there are few differences and both have excellent telephone reception. I did not encounter any problems during calls or when browsing with the data network. In the same way, they got very good marks too Wi-Fi Dual Band, Bluetooth 5.0, L 'NFC and GPS / A-GPS / GLONASS in satellite navigation.

Both smartphones have a fingerprint sensor below the display and OPPO Reno turned out to be faster e accurate. The same is also true for him facial unblock thanks to greater responsiveness and speed on the part of the pop-up module assisted by good software management of facial recognition.

If on the one hand we have one MIUI 10.3.7 Global well optimized, with many customizations like the Dark Mode and Colorful Ambient Display, on the other we have one ColorOS 6 with a fair number of customizations, but without the two mentioned above, without the graph of battery consumption and with the need for greater general optimization, also in the management of submenus, which are a little more confusing than Xiaomi. 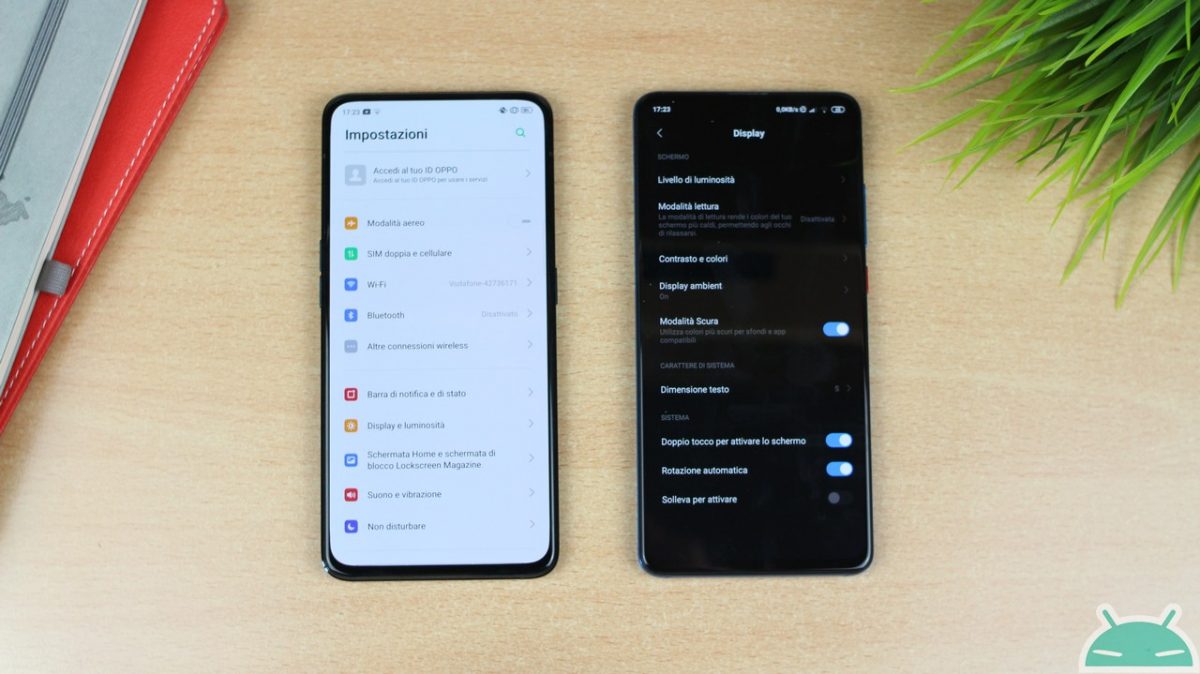 Despite all that, too coloros it's a very good interface, but let's wait for the various bugs to be corrected and made more western. Don't get me wrong, during daily use we can easily carry out all the operations, but these are small defects that, if filed, can give us more satisfaction.

Finally we conclude with autonomy, as it is Xiaomi Mi 9T has a battery from 4000 mAh, while OPPO Reno has one from 3765 mAh. However I must say that the difference between the two is small, as with both I realized about average 1 day and a half di autonomy with intense use, but the higher Xiaomi is the one that has returned better and constant results thanks to a greater capacity and approximately 7 active screen hours of media.

Finally, neither device supports the wireless charging, but we could have expected this as they are in the mid-market segment.

Arriving at the conclusions it is right to begin directly with prices, As Xiaomi Mi 9T is available a 329 o 399 € based on memory cuts, while OPPO Reno a 499 € list but up The Amazon you already find it at around 385 €. We are talking about a figure of poco lower than variant from 6/128 di Xiaomi and this could cause us to falter. Overall, however, it must be said that the latter is certainly the most balanced and what guarantees us best performance from different points of view, whether they are hardware, whether autonomous, software or, in part, the camera.

So ultimately Xiaomi Mi 9T confirms his goodness and his excellent value for money and, above all, this could fall further in the coming weeks, leading it to be an absolute best buy within its category. However, if you love the fineness di OPPO Reno or the possibility of having more internal memory you can buy it without hesitation, because he too is worth a lot and is not to be discarded, but Xiaomi with these super aggressive prices is making out all the competition. 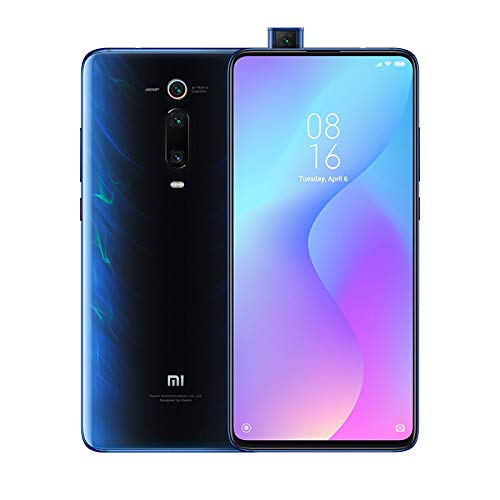