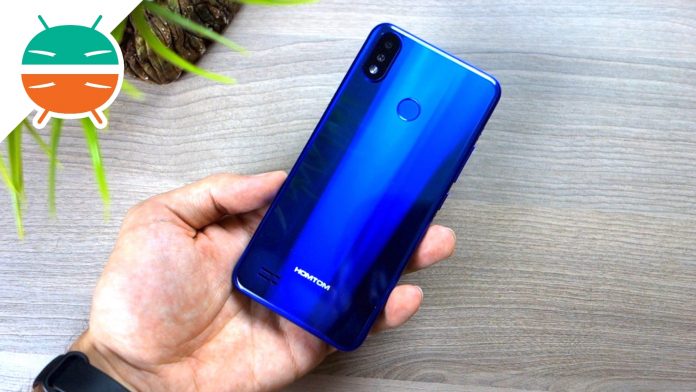 During these years we have often had to deal with different products Homtel, mainly smartphones. Those we remember most belong to the Z series, such as Z11, then the line dedicated to devices rugged. It seems that the company, however, is also attentive to the lowest market segment, that reserved for devices that are offered on the market a less than 100 euros. For this reason we wanted to try a device of this series, that is HomTom C8, and we explain to you how we found ourselves within this Full review.

From the sales package it is clear which market segment is occupied by this device. On the back are shown some main features, while inside we find:

From the constructive point of view, this device stands out for quality. No squeaks are heard and, in general, the smartphone is solid. Although it is made completely in plastic, on the back there is a space gradient coloring very particular, which gives it almost a Premium character. HomTom C8 it is not an excessively large device, presenting small dimensions. By handling this product you can almost use it without the help of the other hand, a feature now rare in this field. 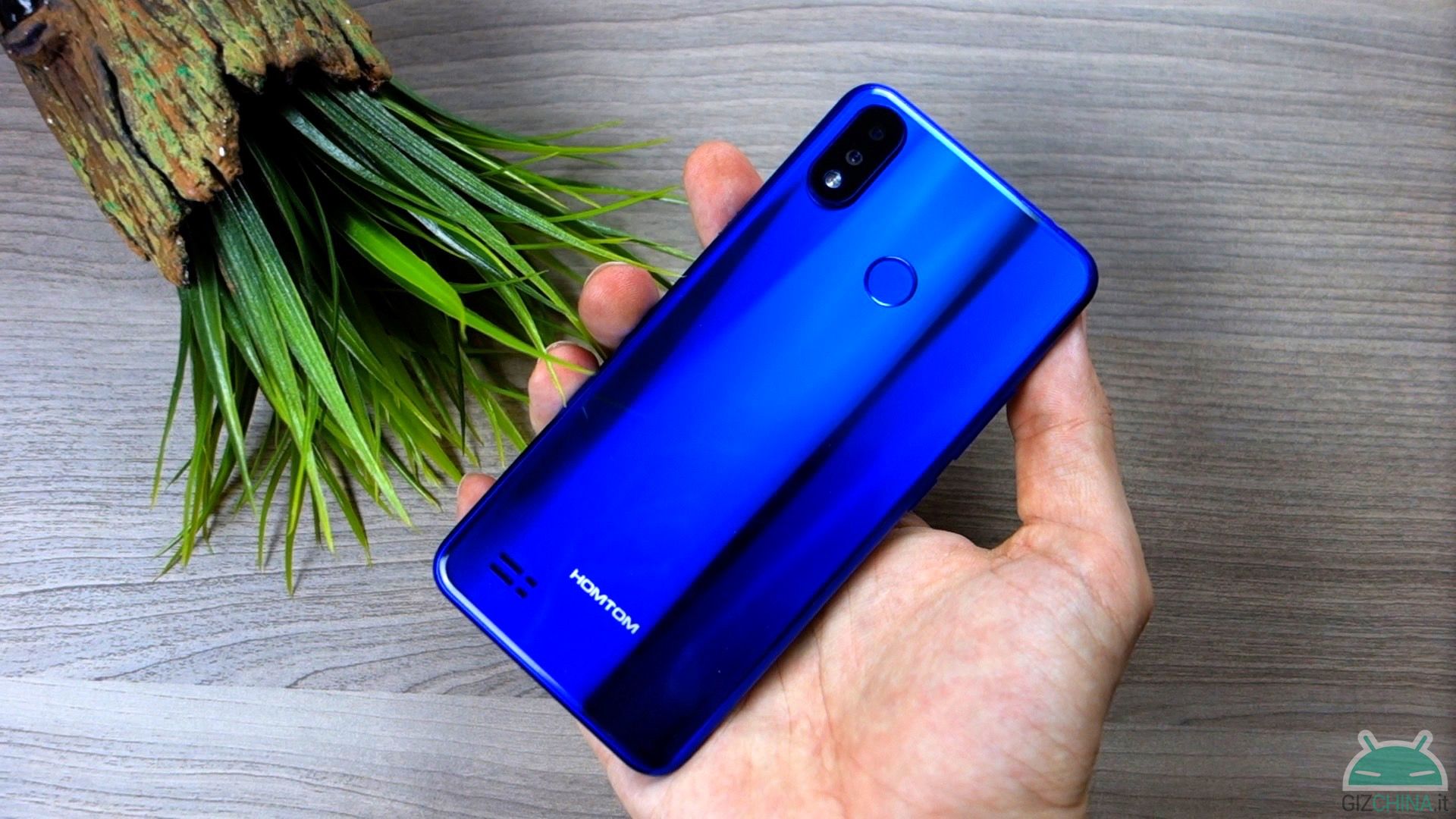 Along the profile we find a well evident groove, which unites all the main parts of the device. On the right side is the space for the trolley SIM slot, while on the opposite side we have the On / off button and the volume balance. To increase the recognition rate of these keys, among other things, the company has used protrusions similar to those that are applied to blind people.

Further up we have the entrance mini jack for headphones, while in the lower part we find the main microphone and admission micro-USB. If you were looking for the speaker, instead, you should look at the back. Here also resides the double camera back, with single flash LED, and the biometric sensor.

HomTom C8 houses a display da 5.5 diagonal inches, with a shape relationship in 18:9 and maximum resolution HD. We are talking about a panel, therefore, that does not offer great performance in the multimedia environment, given that the whole chromatic range it is quite well reproduced. Unfortunately, since it is a IPS, does not present deep blacks and the white tends slightly to yellowish already at small angles. 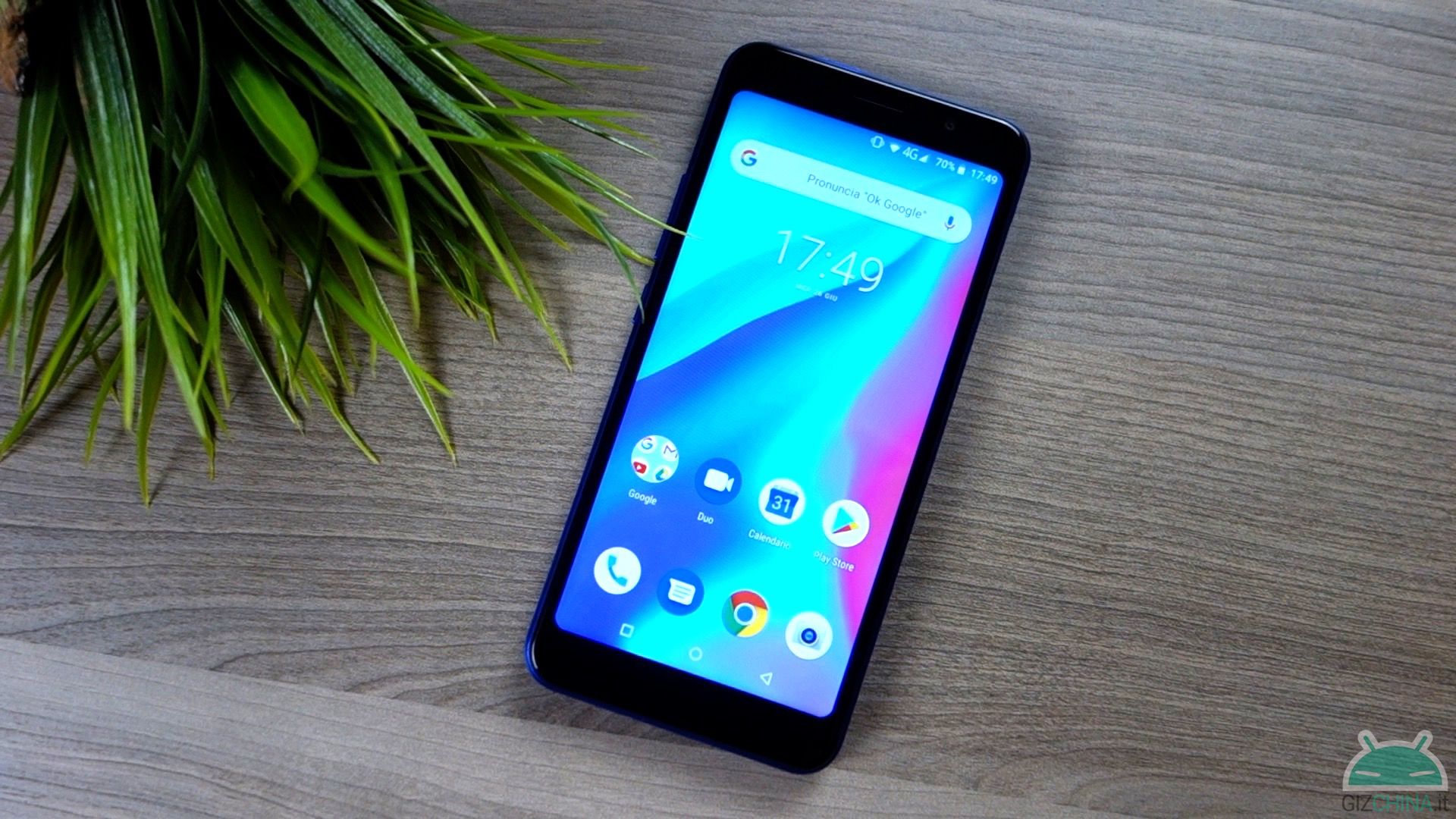 All the upper part has various sensors, including those of proximity and brightness. Next to them there is the space headset capsule front camera and the single flash LED. In fact, HomTom did not do a great job of optimization of the frames, which is why the two ends have very pronounced edges. Looking good at the display, then, we see how curved corners have not actually been applied to the panel itself. In fact, there is a mask that tends to return this effect. 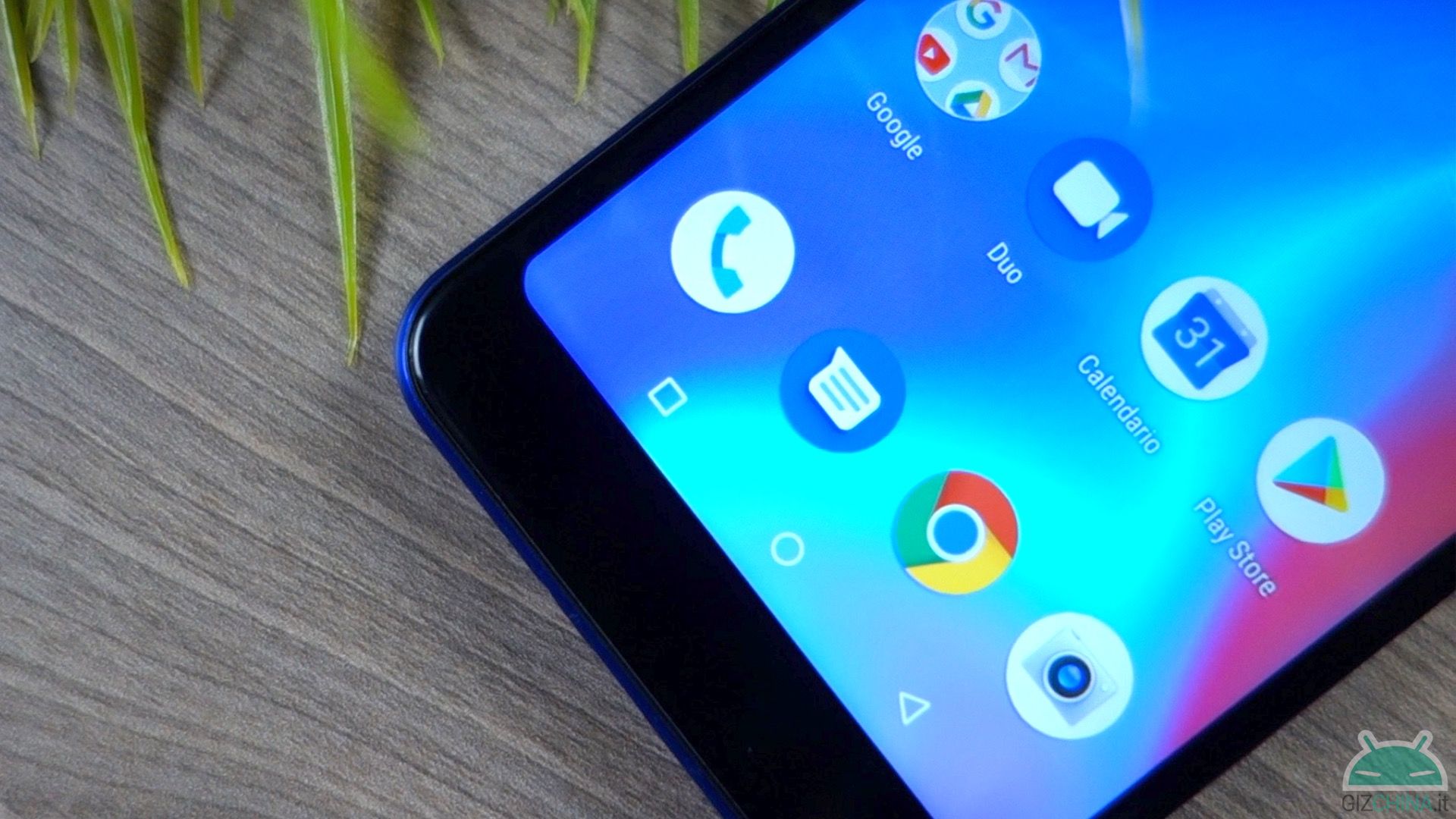 In outdoor environments it is not too complicated to see the display in direct sunlight, although the brightness sensor don't be as reactive as you'd expect.

As far as this compartment is concerned, HomTom C8 has two main release systems. Speaking of the first of them, the biometric sensor, I must say that this is not distinguished by its speed. When the screen is off, the device takes a couple of seconds to unlock, a sign that there is still too much trouble.

Using the Face Unlock, the situation remains the same through the front camera. During daylight hours it is possible to exploit this mechanism in almost all conditions, while in the dark it is practically useless to use this system.

This low-end device has adequate hardware for its caliber. In fact, HomTom C8 has a chipset MediaTek MT6739, therefore a quad-core processor with a maximum clock frequency of 1.3 GHz. To accompany this component we find one IMG 8XE 1PPC GPU da 450 MHz, a solution capable of running only a few indie titles well. For the rest, then, on the device resides one RAM from 2 GB, combined with 16 GB of internal memory fortunately expandable up to 128 GB.

It is not possible to judge this well HomTom C8, because the services provided during daily activities cannot satisfy almost any type of user. In fact, it is necessary to learn to manage all operations with much greater calm due to the slowness shown by the system. When you try to speed up the pace, this smartphone goes into crisis and you risk incurring some sudden blockage.

Under the sufficiency and also the speed with which individual applications are opened, of whatever type it is. Probably 2 GB of RAM available are really too few at this time, so much so that more than a couple of open applications are not kept in memory.

All the part relating to the is missing benchmarking, simply because the software has often proved inadequate in this regard. In the next section you will understand the reason for this statement.

On board the HomTom C8 we find Android 8.1 Oreo, with security patches updated to December 5 2018. Let's talk about a device that does not have, therefore, updates appropriate to the period in which we find ourselves now. So much so that some applications, being no longer available for this device, cannot be downloaded from Play Store.

This system is based, however, on Android stock. HomTom has made few customizations to this software, introducing some low profile options within the settings. Being a device characterized by a fairly large display I would have appreciated the presence of some voice concerning the gesture. However, I understand that, in this context, my opinion on this smartphone would have changed little.

From the first start you will find all the main Google apps pre-installed, so you can start using HomTom C8 right away. 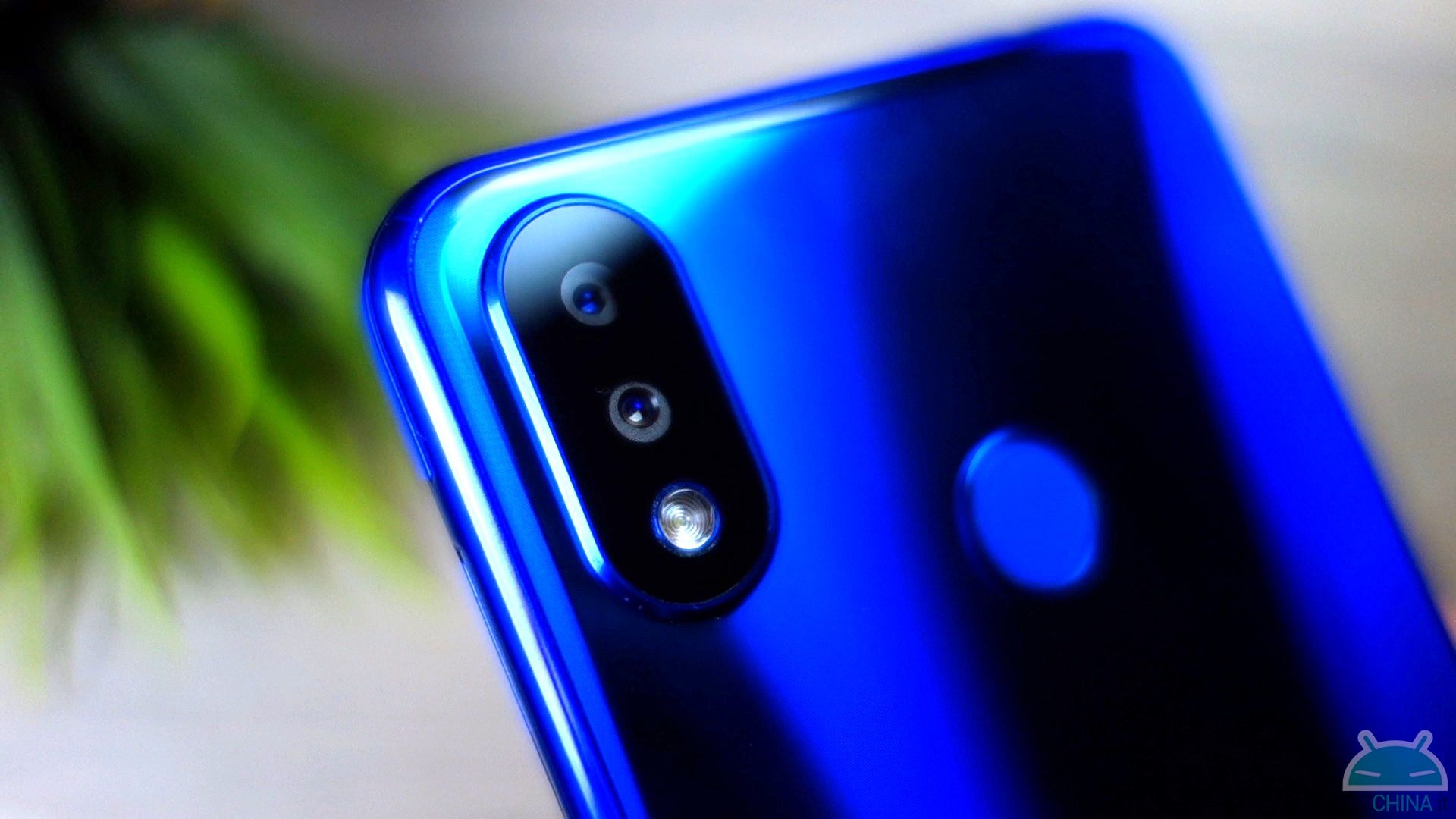 On the back profile two different photographic sensors are clearly visible, accompanied by the single flash LED. As for the main camera, it is a sensor Samsung da 13 mega-pixels, assisted by the presence of a camera from 2 mega-pixels used for the calculation of depth of field.

Taking a look at the quality returned by this sector we cannot be satisfied. Even during the hours daytimein fact, the colors are quite mixed, due to an insufficient definition of the image. Despite everything, for a less pretentious user, these shots can also be valid. Furthermore, theHDR he seems to do his job well, managing to manage the natural light very well. In fact, without the aid of this system, the smartphone tends to always overexpose the sky too much. Even using it digital zoom 2xhowever, the results are not so bad.

In the darkest hours the main camera manages to capture very little light, which is why you should only shoot in the conditions most favorable to you. With the light sourcesit also has some problems, completely burning the surrounding area. Also in this case the image definition it is very bad, as there is a greater photographic noise and a higher color mixing.

Before we have a camera from 8 mega-pixels, Equipped with single flash LED. Although there are some problems with colors during the day, often returning a yellowish shade, the quality satisfied me. In fact, we must always consider the price range within which this smartphone falls. For this reason I believe that the photos are valid also for a social use. 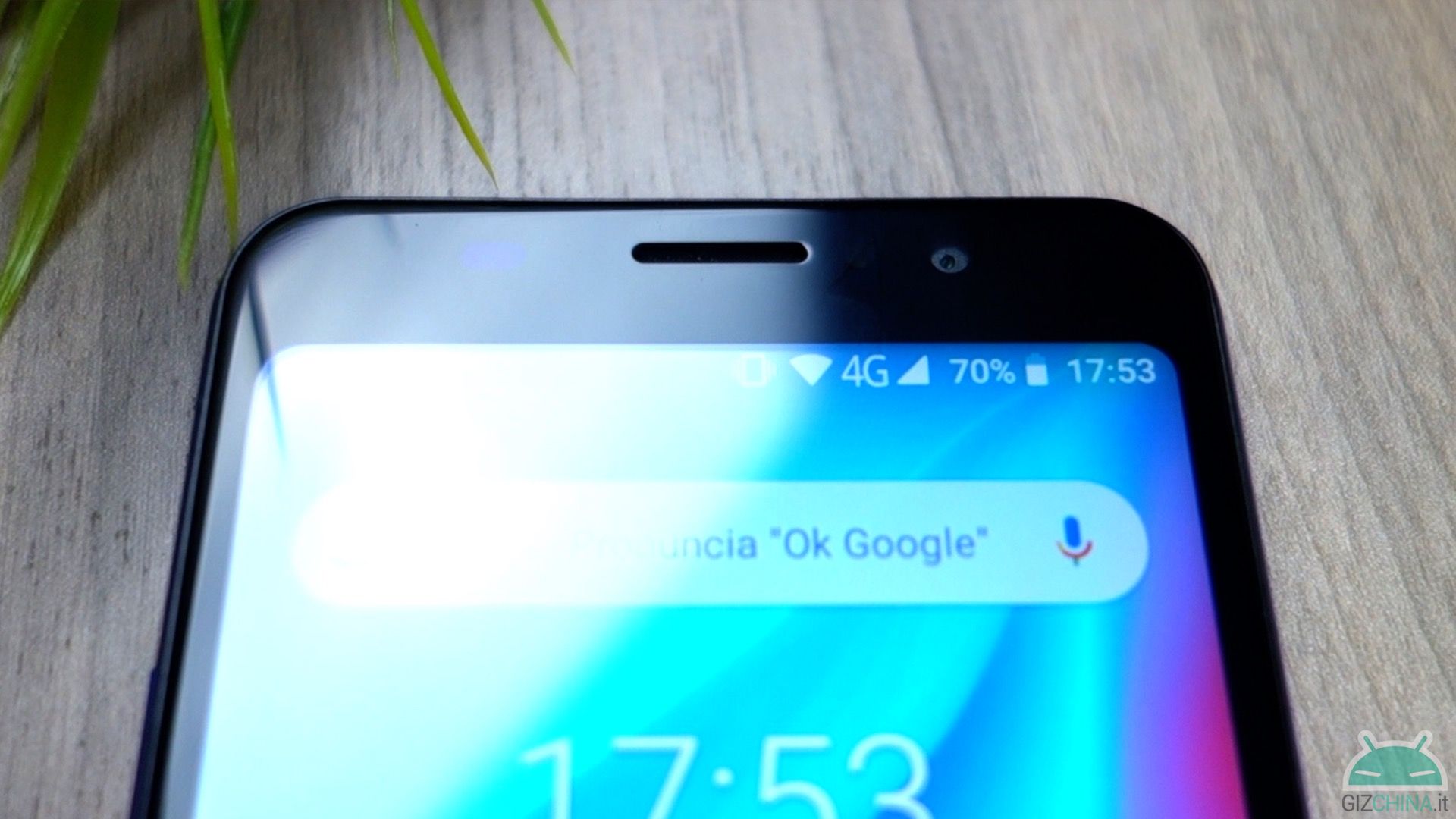 At night, unfortunately, the noise increases and most of the details are completely lost. Don't use the beauty mode because it's too aggressive. While using the flash, however, the quality remains the same, because the latter fails to offer good power during lighting.

About i video, this device can also run in 1080p a 30fps, in 3gp format. Nothing changes about quality, showing a bad stabilization and little reactivity in light changes.

On this device we find a module Wi-Fi 802.11 b / g / n, which offers quite good coverage. In the most difficult parts of the house, you can still surf the internet, accusing only slightly slower loading of pages. In any case it is possible to rely, even externally, on 4G. With the HomTom C8, the use of ben is permitted two nano SIM, both with connectivity LTE e 20 band included. If you decide to use one microSD to expand the internal memory, however, the secondary SIM must be renounced.

Among the other hardware components, however, we find the Bluetooth 4.0 and the GPS / A-GPS that doesn't work at its best. Browsing the city with Google Maps I found, in fact, a certain slowness in hooking up the signal, struggling to keep track of our position for long stretches.

From the point of view audio I cannot promote the quality expressed by speaker of system. At maximum volume there are several disorders and the case tends to croak slightly. All the low frequencies they are practically absent, thus highlighting the higher tones. During calls from the earpiece, instead, I always managed to talk to the interlocutor clearly, even in slightly noisier environments.

Inside HomTom C8 resides a battery from 3000 mAh able to complete an entire working day without major problems. With an average stressful use of the smartphone, between Wi-Fi and 4G, I almost scored 5 hours of active screen, on a basis of 11 hours of ignition. I believe, however, that the device needed a period of adjustment, because in the first few days I never passed 3 active screen hours on just under 10 hours of use.

Reloading the device with its own power supply, it takes about 2 hours and minutes 30 in order to pass by 10 to 100%.

HomTom C8 is sold on all major online stores at a price that wanders between 80 and i 90 €. I do not believe, however, that this figure is worth buying. I am convinced there are better products on the market in this price range, at least from the point of view of performance. With C8 I was unable to perform any of the common speed operations, always having to wait a few seconds too long. Secondly, the system is not fluid and there are some problems related to small bugs. So if you are looking for a forklift, I do not recommend taking this HomTom C8 into consideration. 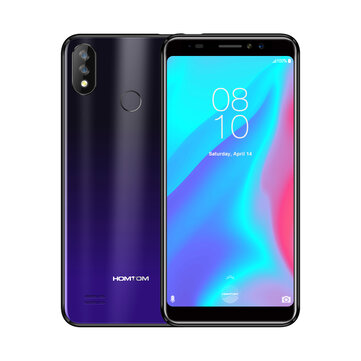