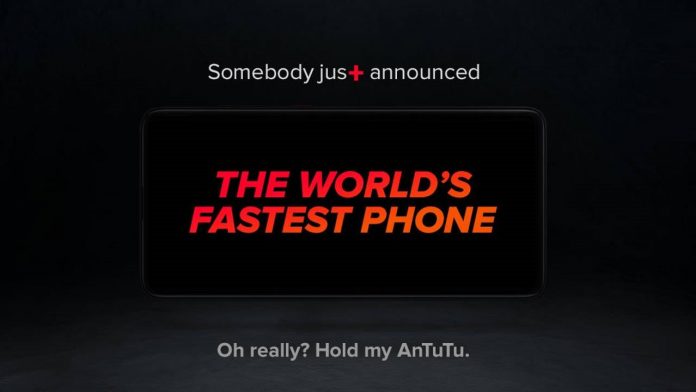 Value for money apart, there is no doubt that OnePlus 7 Pro is still the smartphone to beat when it comes to speed and performance. Not by chance in the Antutu ranking took first place in May 2019 (although the same cannot be said for the asian ranking). But evidently Redmi does not fit, given the shared image on Twitter that points precisely to the OnePlus flagship.

Redmi defies the speed of OnePlus 7 Pro: "the free ride is about to end"

In the image we see the silhouette of what should be OnePlus 7 Pro, accompanied by the words "The World's Fastest Phone". But the writing "Oh really? Hold my Antutu", As well as the sentence of the post"Some celebrations are fleeting. Stay tuned."Are rather explanatory of Redmi's situation. Currently Redmi K20 Pro it is available for purchase only in China, as it will be launched by 15 in July. In Europe, instead, it should debut as Xiaomi Mi 9T Pro, even if officiality is still lacking.

The fact is that in the ranking of Antutu the flagship killer does not appear yet, given that it has been marketing for less time. As early as next month we should see it appear in the Antutu ranking and it will be interesting to see if it will beat OnePlus 7 Pro or not. Also because the competition is tough: not only OnePlus, but also Red Magic 3, ZTE Axon 10 Pro, Xiaomi Mi 9 Explorer e Black Shark 2, to name a few.