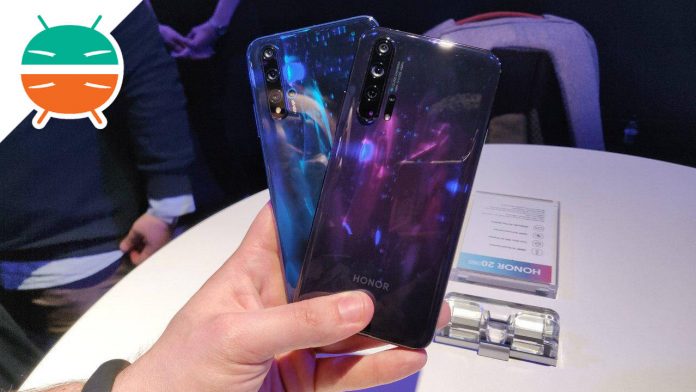 It is from poco concluded the presentation event of the series Honor 20, including the top of the range Honor 20 Pro. It was expected that we, as well as other colleagues in London, would be given a unit, but this was not the case. After a moment of misunderstanding, the situation soon became clear, but not in a positive sense. Honor 20 Pro has not received Google certification and the motivation is to be found in the ban of the Trump government towards Huawei.

23 May Update: now Honor 20 Pro has also disappeared from the Italian site. At this point one wonders if it will actually be marketed in Europe or not.

Huawei's ban on the USA also falls on Honor 20 Pro

According to the colleagues of HDBlog, in Europe for the time being the arrival of Honor 20, which was normally certified by Google. This was because it was expected to arrive before the Pro model and therefore did not immediately suffer the consequences of the ban. Therefore the same cannot be said for Honor 20 Pro, whose fate outside of China is still not entirely clear.

However, it must be said that the lack of certification happened before extension of 90 days established in the past few hours. Therefore it is not unthinkable that in the coming days the situation will normalize. It therefore remains to wait for future repercussions: we will continue to update you as soon as there is a reason.