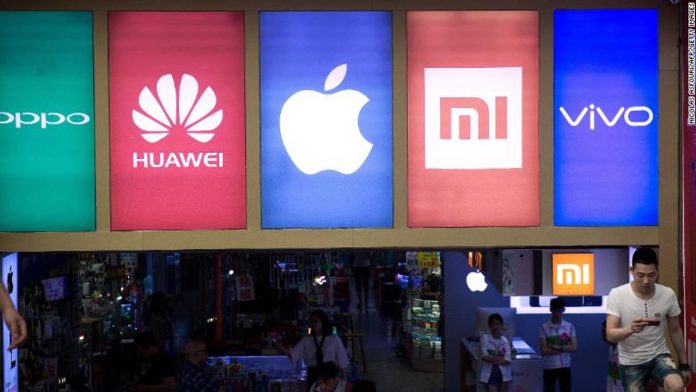 Of analysis of the smartphone market we have already seen several, above all those made da Canalys ed IDC. In both cases there was a negative trend that has been going on for some time, with a general decline in sales. Year by year improvements in the mobile sector have allowed users to keep their models longer. As a result, almost all markets are saturated or soon. A trend that, however, has not affected the performance of companies such as Huawei and, to a lesser extent, OPPO e Vivo. 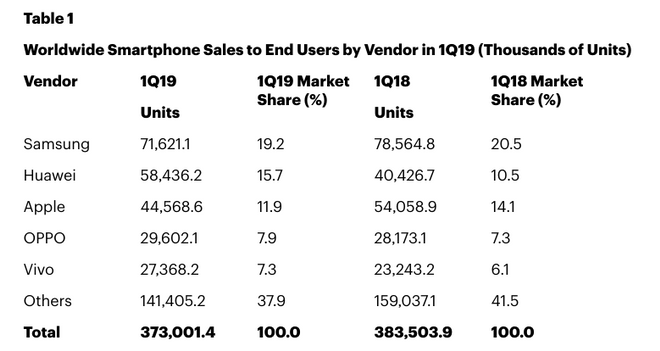 The data we see reported by Gartner take up what we have seen with the aforementioned analysis centers. On the one hand we have two names like Apple e Samsung which most of all have suffered this downward trend. If you compare the period of the Q1 2018 with the current one of the Q1 2018 we see declines respectively of the -2.2% and -1.3%. A decline that has also affected the rest of the sector, with the band Others which fell by -3.6%.

The same cannot be said, however, regarding sales of Huawei. For Richard Yu's company we see a leap forward from 10.5% to 15.7%, with a growth of + 5.2 %. Ditto for rivals OPPO e Vivo, both part of the giant BBK which also administers OnePlus. For the two "cousins" the growth is of + 0.6 % e + 1.2 %, more modest than Huawei but still against the trend.