A few days ago we analyzed in detail the i12 TWS, or gods clones of the most famous AirPods. Since there has been great interest in this type of products we have decided to bring you also the comparison with another pair of headphones that in the tech community are better known and more appreciated, or the i10 TWS. Who's going to get it between the two? Which one will have the best value for money? Let's find out together in our comparison!

Both have sales packages that are quite similar and inspired by those at home Apple. This translates into a white cardboard box with the earphones on the top and bottom. Inside we find an identical equipment: 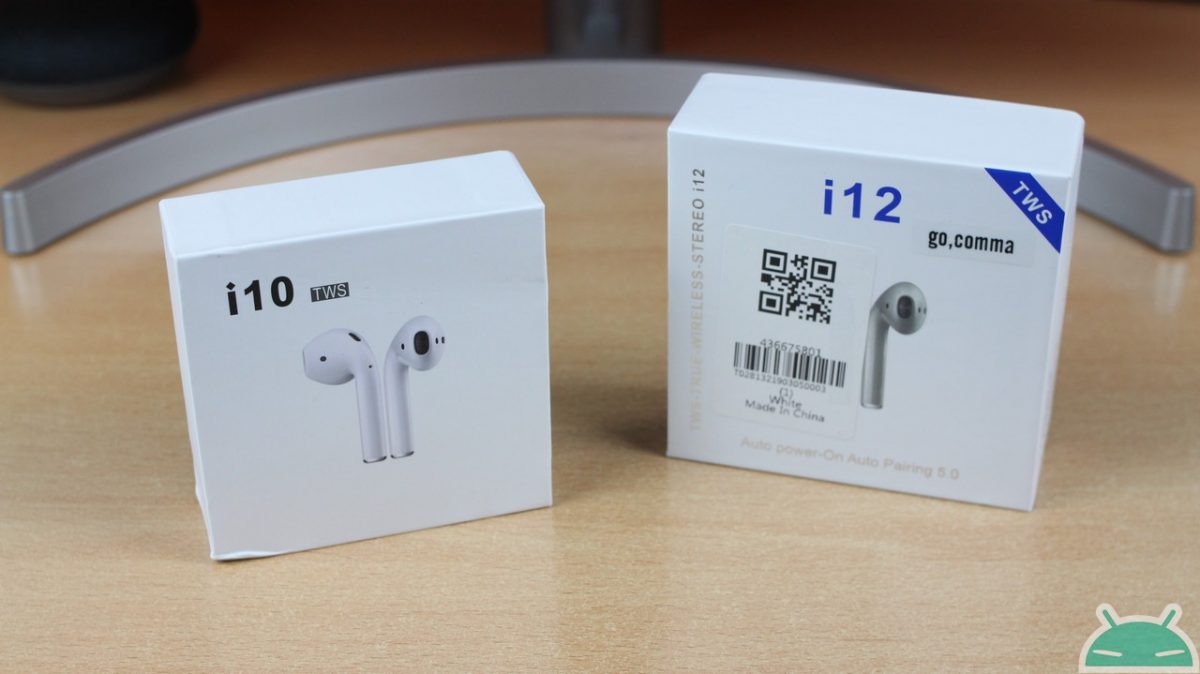 I would like to point out that in the packaging of i10 TWS Also included was a silicone cover for the case which, however, is usually not included. So it was the seller's responsibility to put it in order to ensure greater attention to the customer.

As regards the design both want to copy what was shown by Apple with their own AirPods. However, regarding the homes there is a clear aesthetic difference between the two. Indeed, while the i12 TWS they are much more similar to the original headphones i10 TWS they have a frontal oval detail for opening (instead of lengthened), as well as 4 status LEDs that indicate the state of charge of the individual earphones. Furthermore, we find a completely empty profile and therefore exempt from Status LED e key for the reset of headphones that are on the i12 TWS.

In short, just look at the photos I leave below to understand the differences between the two charging docks.

Le i12 TWS they want to look like everything AirPods and, in fact, on the lower profile we can see an entrance lightning for charging, unlike the door USB Type-C present on the "rival" model. 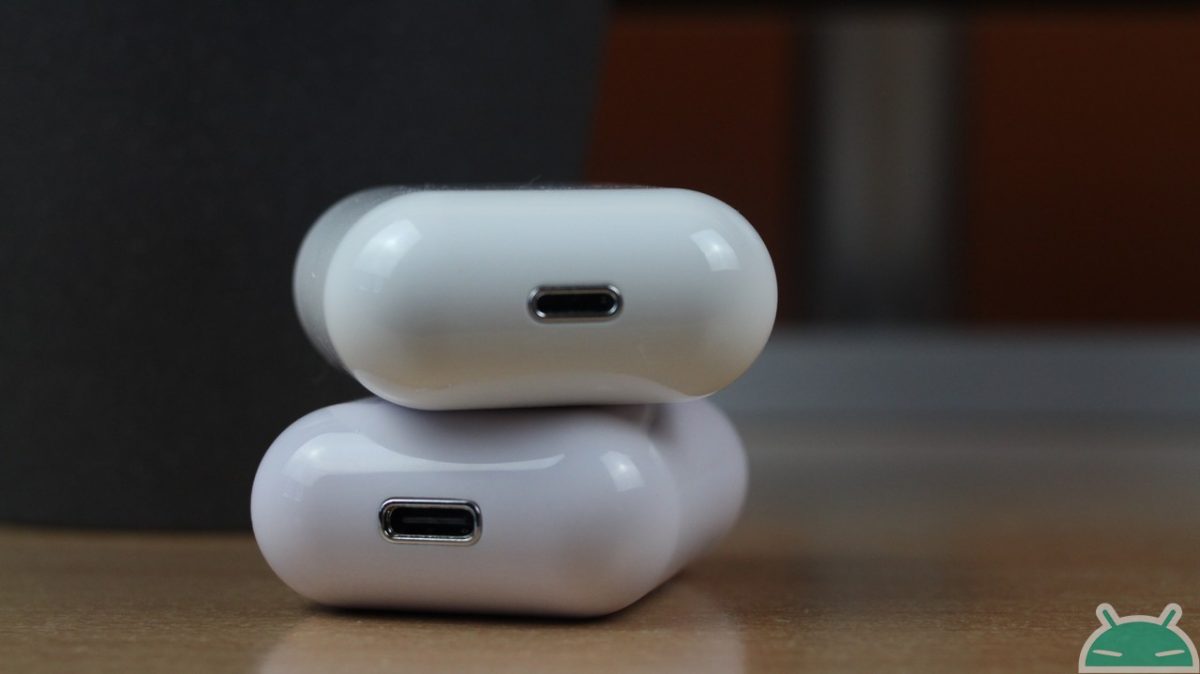 However, you should never judge a book by its cover, because by analyzing the books earphones are just the i10 to be of the true copies of the AirPods, since the dimensions are practically identical, so much so that they can also be inserted in the original case.

Unfortunately, the i12 they look too "Giocattoloso" because of Status LED present on the stem of earphones and, moreover, they have more dimensions end e elongated compared to the originals. It follows, therefore, that the case is slightly larger than its competitor. 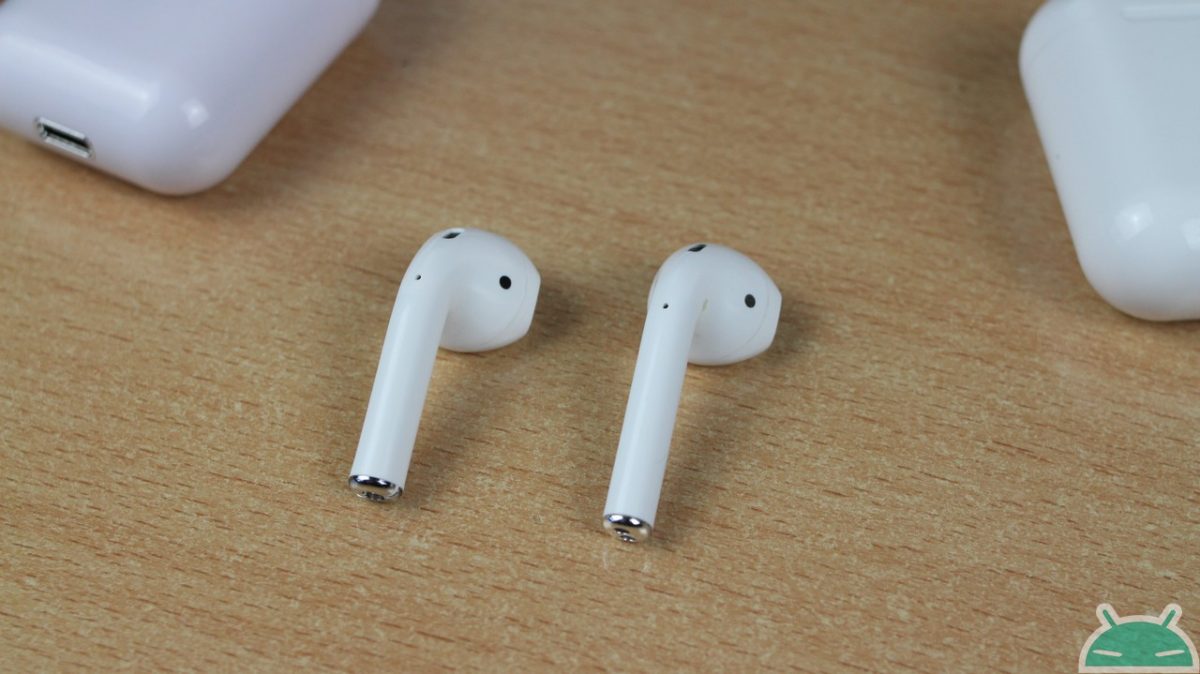 Closing the speech of the docking station, that of i12 TWS It is made meglio thanks to a less economical plastic and a hinge that remains firmer than that of the i10. 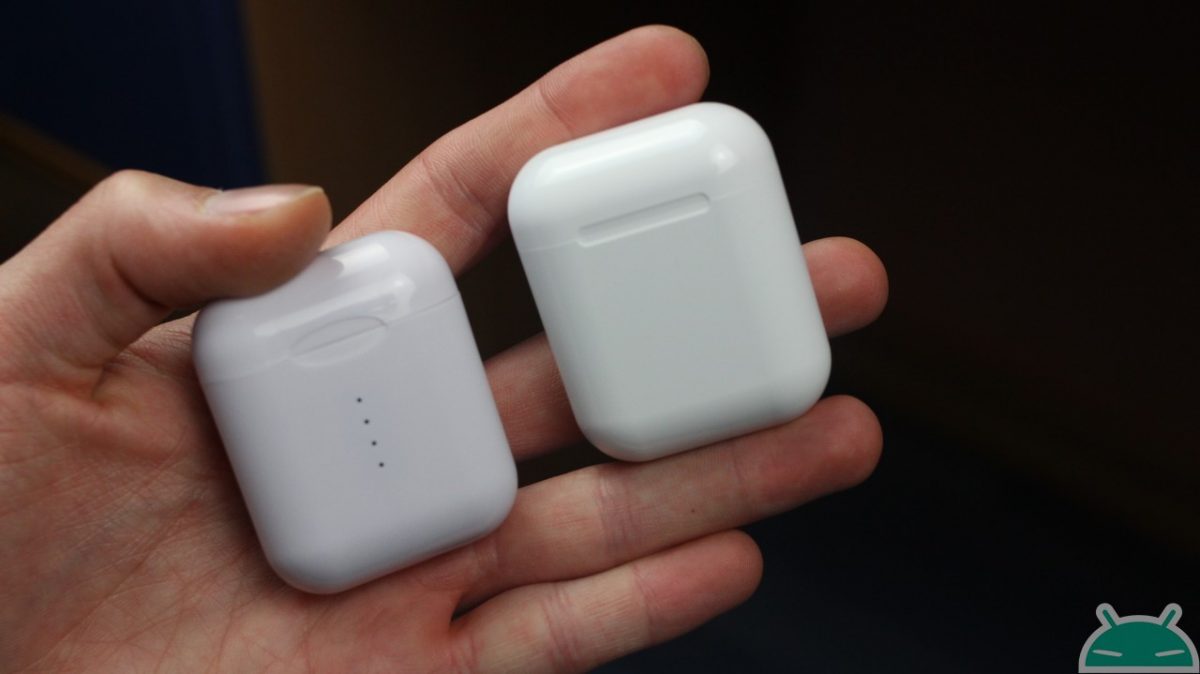 In both cases the headphones remain firmly in the ear and don't even fall during the running sessions. Furthermore, you won't have any trouble even wearing them for several hours. Despite this, i10 TWS they are even less invasive thanks to more compact dimensions.

Both have a surface that is sensitive to touch, through which it will be possible to carry out various operations. Let's go immediately to see which ones.

As you may have noticed, on the latter we have less functionality and this during daily use can be a bit uncomfortable, especially the fact that we cannot manage the volume directly from the earphones. Another aspect not to be underestimated concerns the fact that we cannot turn them off and turn them on at will, making the homes the true "switch".

Sensitivity is good in both devices though i12 TWS they tend to catch more involuntary touches.

Both earphones come with Bluetooth 5.0 but we find some differences that I will insert in a bulleted list: 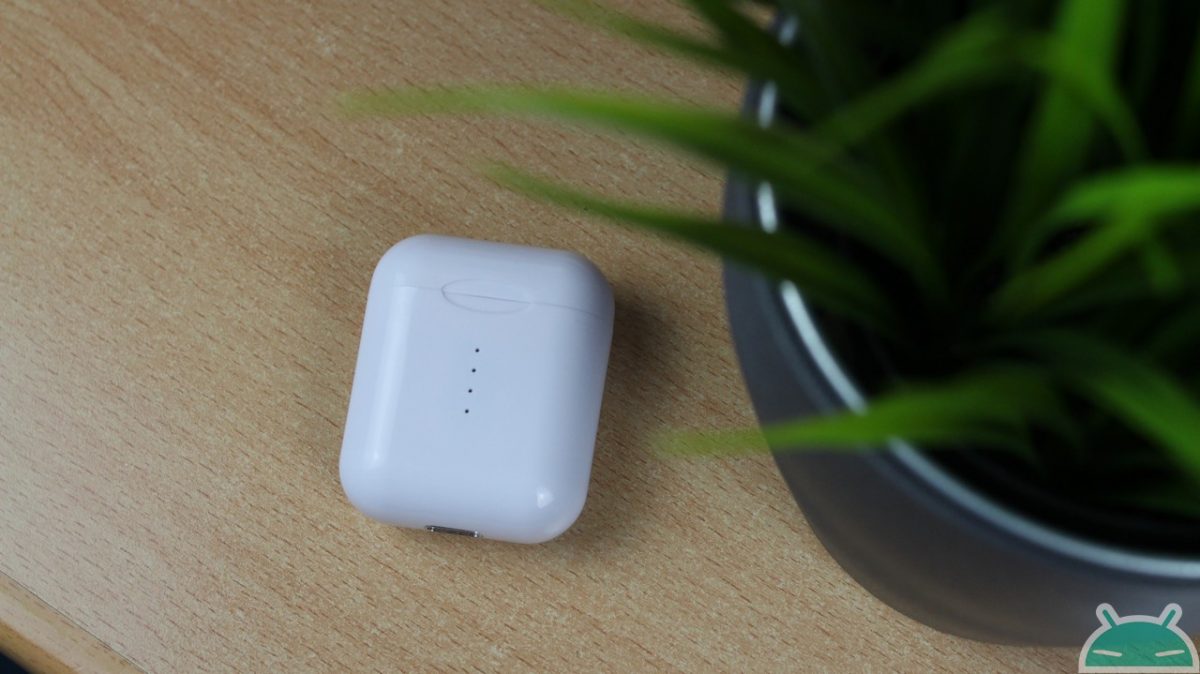 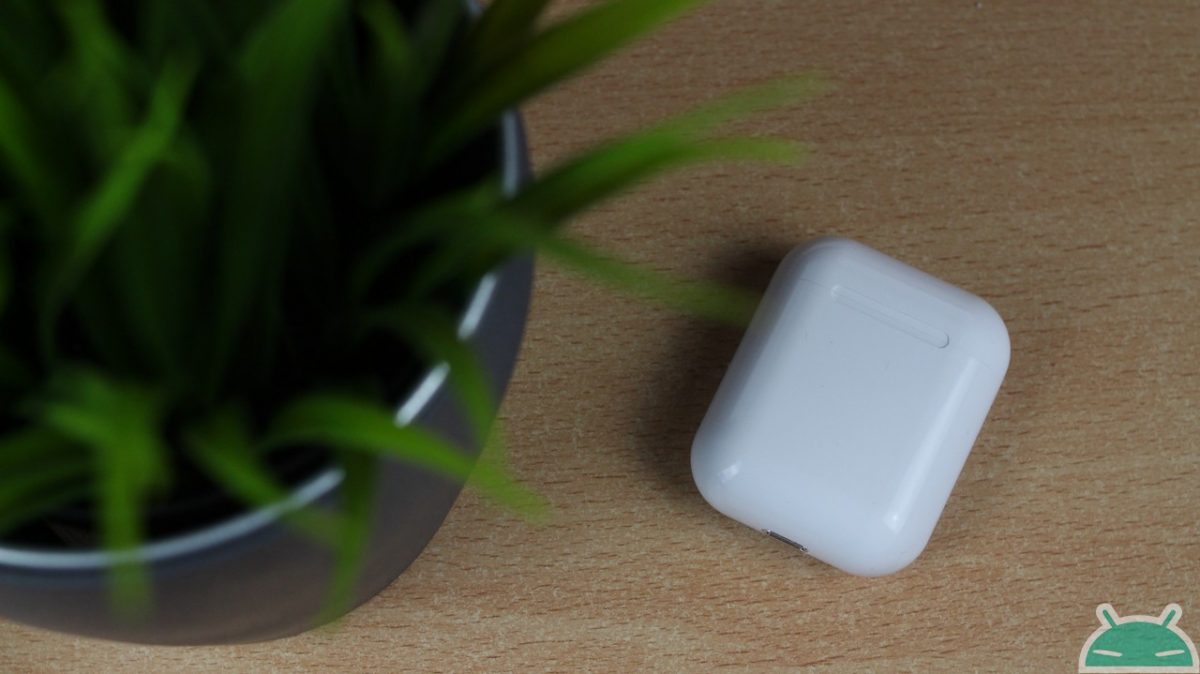 In short, the connectivity side i10 TWS they do very well and win the fund. Too bad that it has a leading headphone, I would have preferred a solution similar to the one adopted on the other model. Moreover only left cuff has the integrated microphone, unlike the i12 that they own both a microphone.

I want to be direct: le i10 TWS they don't fight! There sound quality on the latter is very good (but really a lot) for his price range. Indeed, it could even to compete with devices of higher band and win the confrontation. In fact, we have a excellent maximum volume it's a great balance of frequencies, as well as a beautiful full-bodied audio.

These aspects are missing on i12 TWS and it feels. If I have to be precise, these perfectly reflect their price range, they do their homework, but do not go further. In fact, in the review I said that it is inadvisable spend more than 25 € for these earphones. Wanting to be more concrete, theaudio returned is sufficient, but decidedly flatter than the i10 and with one prevalence for the medium / high frequencies. The volume is discreet but nothing compared to the rivals, who manage to isolate us completely from the outside at maximum volume.

This also happens when we see a film on buses or trains, as we will not hear outside noise. We cannot say the same for the i12 because on these occasions we will be able to hear some rustling of the surrounding environment.

As for the calls, however, the discussion is reversed because the i12 TWS guarantee us telephone conversations with cleaner audio and non-metallic thanks to the presence of a microphone on each earphone. Listening to the interlocutor also occurs without problems.

With the i10instead, our friends will hear an audio a little metallic and, above all, sometimes it happened that they heard theecho of his own voice. In the same way, even listening to the interlocutor is just enough and without particular qualities.

With regard to i10 TWS I have not been able to find official data regarding the technical specifications, as they are not reported either in the instruction manual or on the various Chinese stores. However, I can tell you about his performances.

La duration of the battery, of course, varies based on the type of use and to the percentage of volume set when listening to songs / videos, but later I will leave you some data:

Furthermore, the case will guarantee you 3 complete refills! These are numbers greater than i12 TWS that have a poorer and sufficient autonomy just for short trips or a training session. I'll list them later: 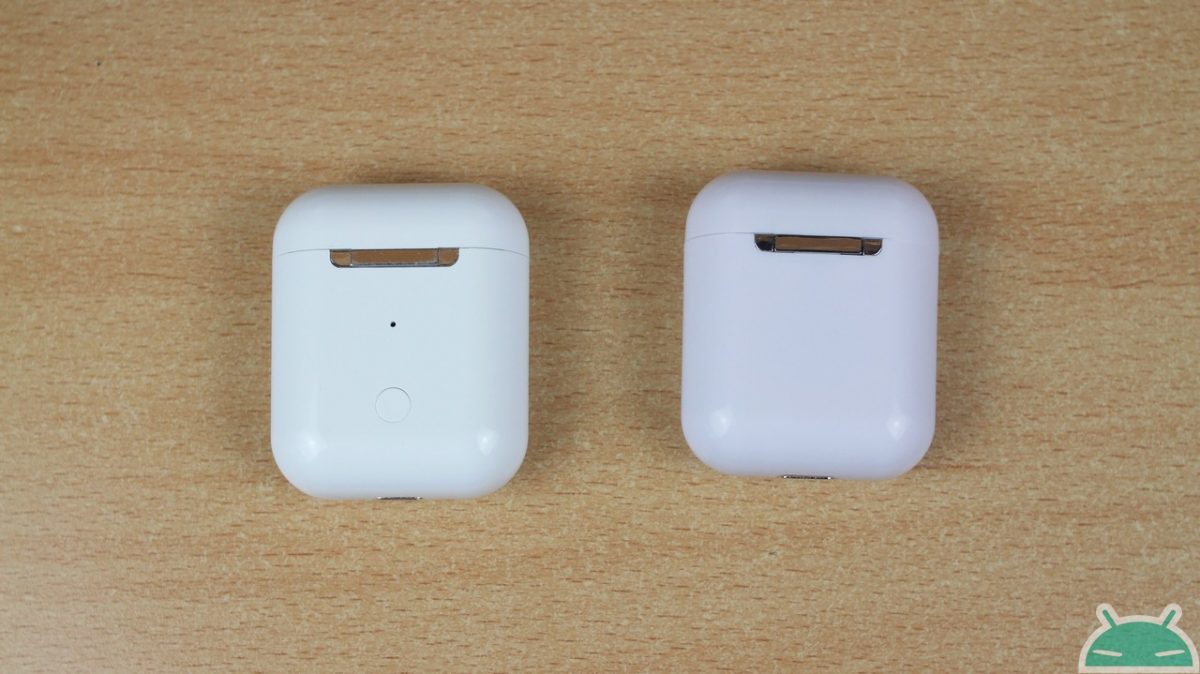 Finally, the other big advantage of the i10 and the wireless charging. In fact, this is a gem not to be underestimated and that arrived only a few weeks ago on the original model thanks to the second generation of AirPods.

For both earphones you can see the percentage of charge through the smartphone, but for the i10 we can also notice it from homes thanks to 4 LED. In fact, the first two from the bottom represent the state of charge of the right earphone, while the other two of the left one. Furthermore, when the docking station is charging, each LED represents the 25% recharge.

Before drawing conclusions it is necessary to make a huge one Premise. There many models of both headphones, some considered "Fake" and other original. Everything depends on where you buy it and how reliable the seller is (if you talk about Aliexpress). For this reason some data may not coincide with those found (or that you will find in the future) from your earphones. So we invite you to do much attention which ones you will buy.

With regard to i10 TWS I picked them up AliExpress, while the others arrived from GearBest and our model is nicknamed "I12 TWS Gocomma". What matters, though, is that both have the cost of 25 €, although the former can be found around 10 / 13 euro (but we cannot assure you that they are like those in our possession).

Having made this huge premise, I find that i10 guarantee more quality e reliability from the point of view of theaudio, battery and connectivity, not to mention the fact that they are the most similar to AirPods(if that's what you're looking for), but i12 I appreciated the moreaudio on call and gestures touch to raise the volume, beyond the fact that the homes è made meglio.

Which one would I buy between the two? Personally I would buy them again i10 TWS as they are best regarding the rapporto qualità / prezzo, since the audio can easily be compared to headphones that cost at least double (if not something more). 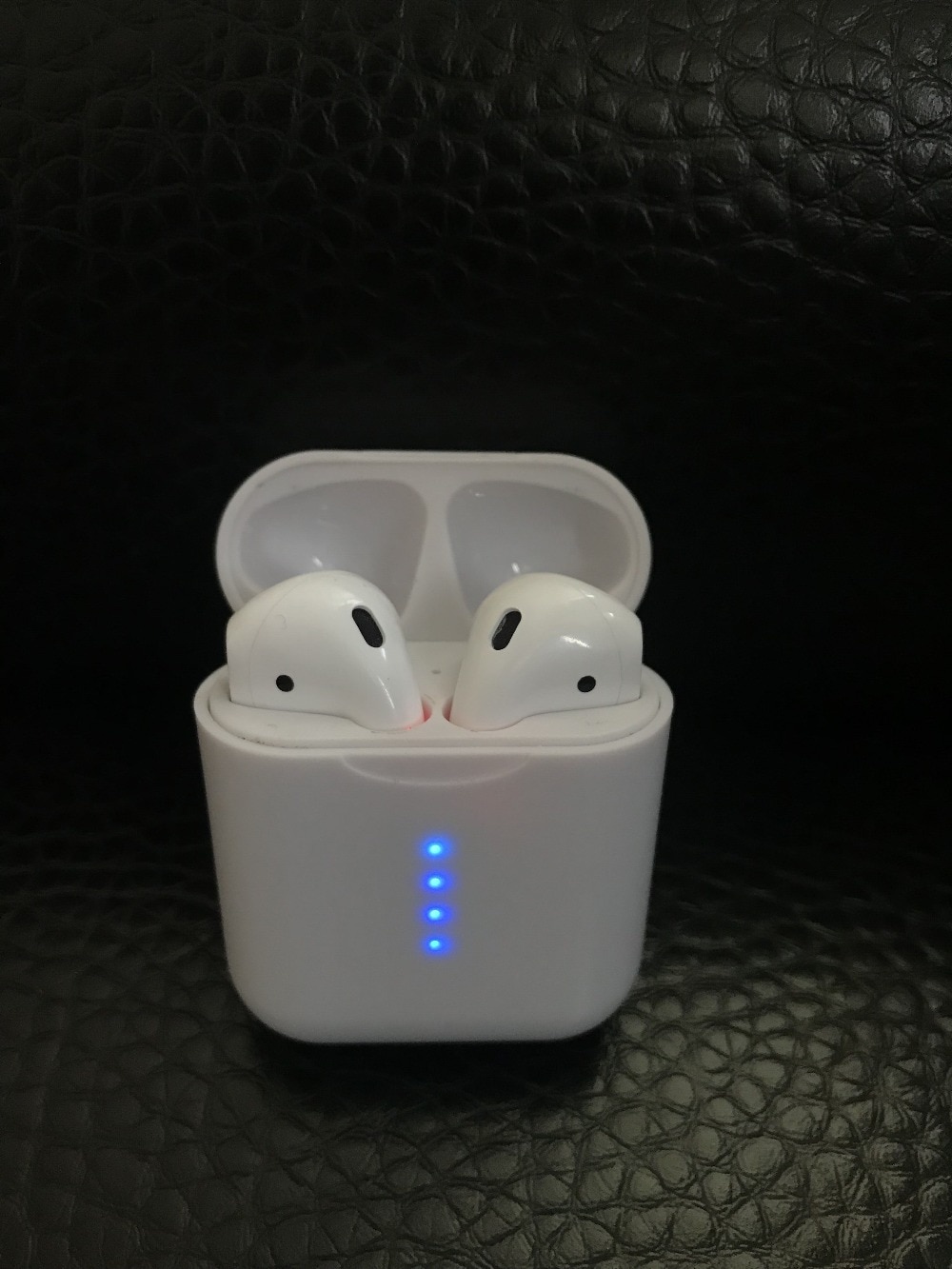