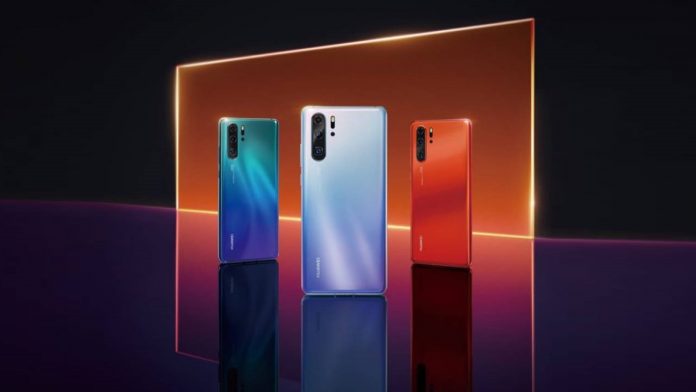 After the avalanche of leaks that overwhelmed them in recent weeks, finally Huawei P30 e Huawei P30 Pro they were officially presented in the Paris setting. Compared to the previous models, everything acquires an even more premium taste (but at a cost). The hardware sector has been improved, taking inspiration from the innovations seen with Huawei Mate 20 Pro. Here's everything you need to know about technical, price e .

Official Huawei P30 and P30 Pro: all you need to know 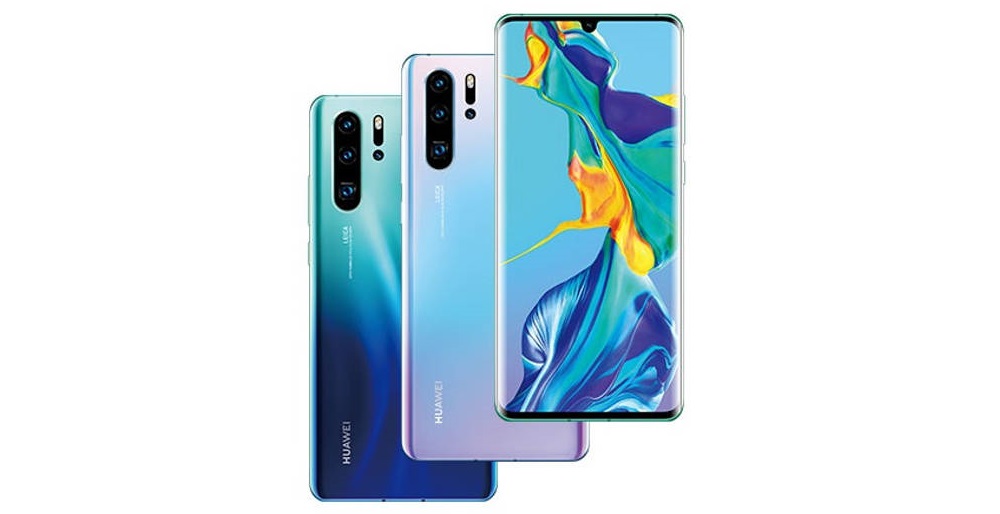 The aesthetic philosophy adopted with Huawei P30 and P30 Pro is essentially that seen with the P20 range, with the union of glass and metal. Even the dimensions have not changed particularly, as well as the certification is not missing IP53 against liquids and dust on P30 ed IP68 on P30 Pro. A novelty on the aesthetic level is represented by notch to drop. Compared to before, the notch is less invasive, although it does not have an 3D system for facial recognition (however present). Note the absence of the traditional ear capsule. In its place the Huawei Acoustic Display Technology is responsible for propagating the sound through a magnet inside the body.

The other big news is the reduction of the Chin, since there is now a fingerprint reader in the display to fulfill the release of the device, faster than the 30%. Compared to Mate 20 Pro, the sensor has been moved lower (I would have preferred more centered positioning, but so be it). About the display, now the technology OLED has been extended to both models and, given the optimization of the frames, the diagonal increases. Now we have two panels from 6.1 ″ and 6.47 ″ Full HD + 2340 x 1080 pixel in 19.5: 9 (no Quad HD + for P30 Pro). The difference is that P30 has a flat screen while P30 Pro offers a curvature Dual Edge more satisfying to the eye.

As usual, nowadays the hardware equipment boasts the presence of Kirin 980 made in HiSilicon. The 7 nm chipset integrates an Cortex-A76 + A55 octa-core CPU up to 2.6 GHz, plus an ARM Mali-G76 MP10 GPU. Side memories are there 6 / 8 GB of RAM and 128 / 256 / 512 GB of internal storage expandable away NanoSD. Good news also for autonomy, with batteries increased by 3650 and 4200 mAh, with P30 Pro that will recharge even faster with SuperCharge a 40W, as well as with wireless charging a 15W complete with a reverse function. As for P30, instead, no wireless charging and the SuperCharge stops at 22.5W.

Speaking of audio quality and connectivity, note that P30 (but not P30 Pro) integrates the input again mini-jack. Obviously the dual SIM 4G support, Dual Band Wi-Fi, 5.0 Bluetooth, NFC, USB Type-C with EMUI Desktop and Dual Frequency GPS / A-GPS / GLONASS / Galileo / BeiDou are not missing. The software is based on Android 9.0 Pie with the most recent proprietary interface EMUI 9.1. 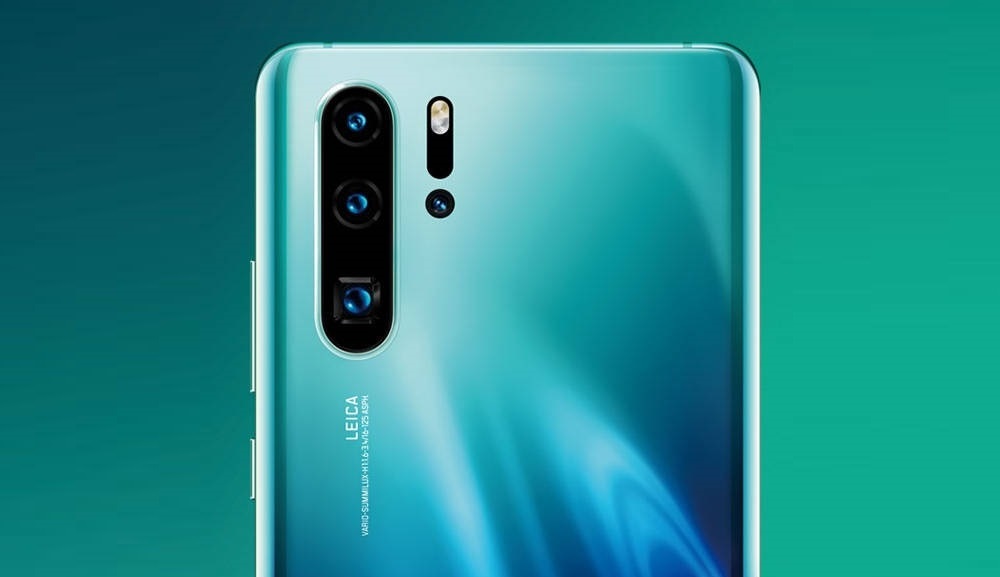 Great news for the photographic sector at Huawei

Who said that having multiple cameras doesn't help much? Certainly not Huawei which, after the launch of P9, continues to set the trend to the sound of co-engineered sensors with Leica. Let's start with Huawei P30, with sensors from 40 + 16 + 8 mega-pixel with opening f/ 1.8-2.2-2.4, hybrid autofocus, flicker sensor / color temperature and LED flash. As seen with the recent Galaxy S10, even here we find a goal wide-angle lens and a 3X telephoto lens, for a focal length from 16-80 mm. This configuration offers one 5X hybrid zoom with which to get even more details from the distance.

The new main sensor SuperSpectrum from 40 mega-pixel has as its primary objective to further improve the night performances. Instead of adopting an RGGB matrix, it uses one RYYB, substituting yellow for green and thus managing to capture 40% more light. Thanks also to the OIS stabilization, it is able to shoot at high ISO levels (up to 409600) without suffering too much in terms of quality. Not just photos but videos too, with improved low-light clip recording capabilities.

But the real novelty we find on board of Huawei P30 Pro, on which the first debuts quad camera of the Chinese company. The sensors from 40 + 20 + 8 mega-pixel they have a focal aperture f/ 1.6-2.2-3.4 and a longer focal length than 16-125 mm, thanks to the 5X telephoto lens. This is because, thanks to a periscopial system, P30 Pro enjoys one 10X hybrid zoom able to return extreme images as far as zoomed. To help in the shots there is a mechanism Dual OIS, with optical stabilization both on the main sensor and on the periscopial one. 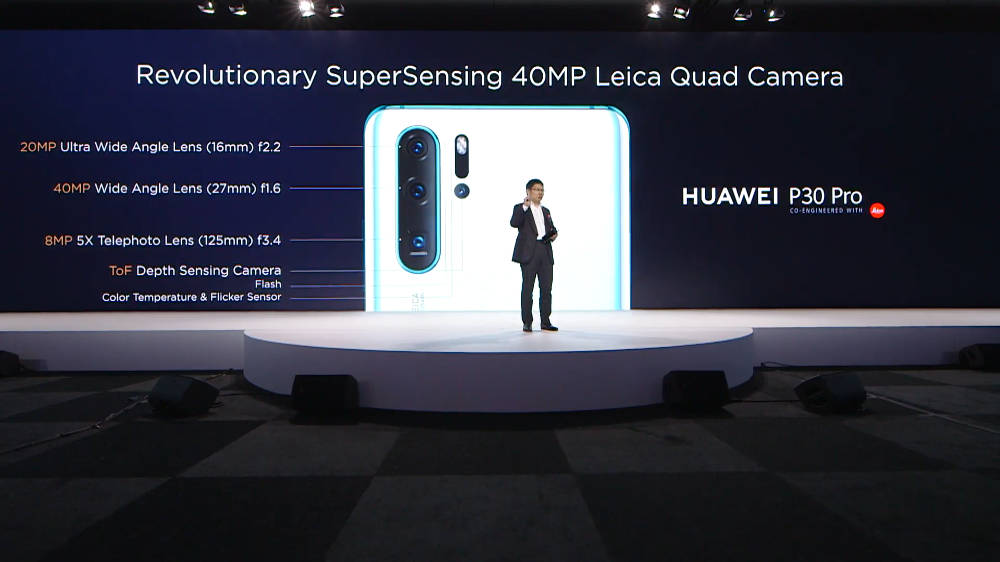 There is also a new Dual-View Video mode that allows you to record clips with standard lens and canvas simultaneously (it will be released via OTA later on). The fourth sensor is not so much photographic as it is functional, given that it is a ToF sensor, the same seen on Honor View 20. As for the front camera, on both models we find a selfie camera from 32 mega-pixels with opening f/ 2.0 and technology HDR to get self-portraits without overexposure. 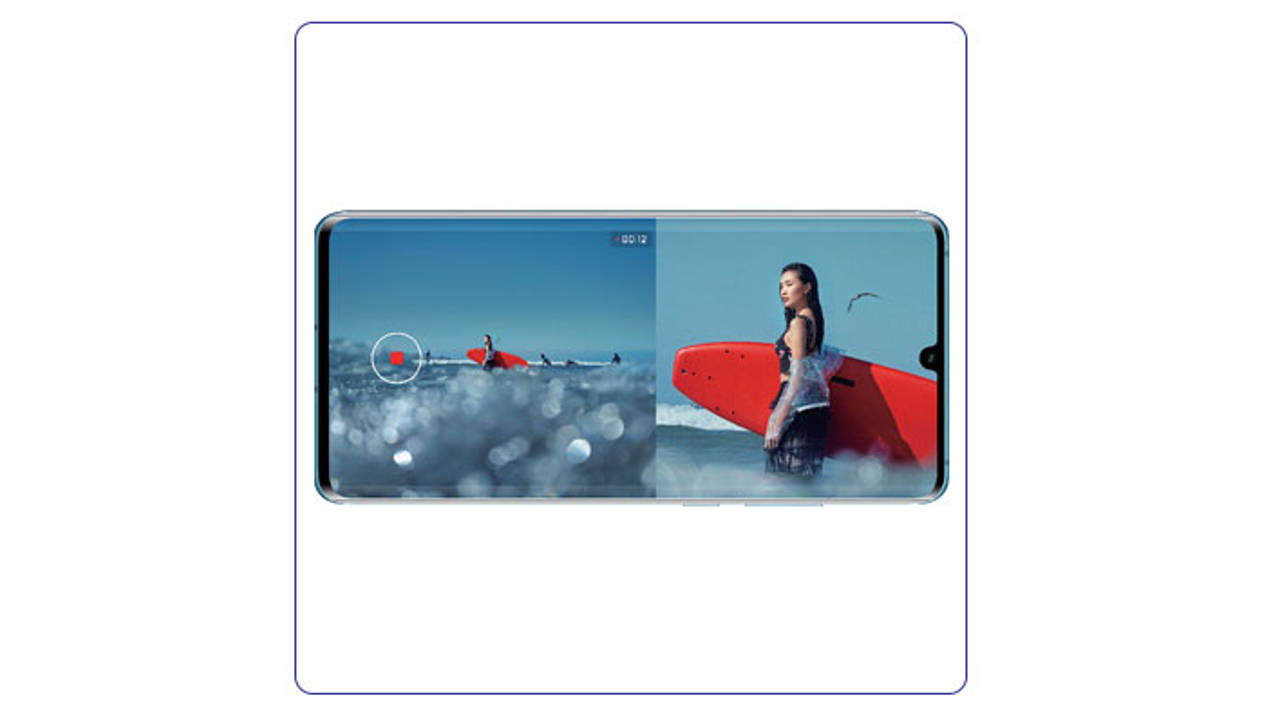 To promote its launch by purchasing one from 26 March to 7 April it will give you the Sonos One smart speaker (229 € value), as well as an 50 € voucher to use on Huawei Video. If you buy it from the 18 to the 21 April, instead, you will only receive the Huawei Video voucher.