Today I thought it was good to do together with you an in-depth analysis of two smartphones that I recently defined best buy thanks to their incredible quality / price ratio. I'm talking more specifically about the Redmi Note 7 and the Xiaomi Mi 9, which can boast excellent specifications and a more than honest list price.

At this point, however, the question arises: how much difference is there between these two smartphones? I are somehow justified i 250 € difference? Which one should you buy? Make yourself comfortable because in this comparison we will analyze in detail the two new ones entered the house Xiaomi e Redmi.

Then we insert the technical data sheet of both devices to simplify the drafting of the comparison and not to repeat continuously the same data during the article.

Although the dimensions between the two smartphones are very similar, I find that it is Xiaomi Mi 9 have one better handling thanks to tapered edges. In fact, the finer thickness compared to its rival gives it a very good ergonomics. 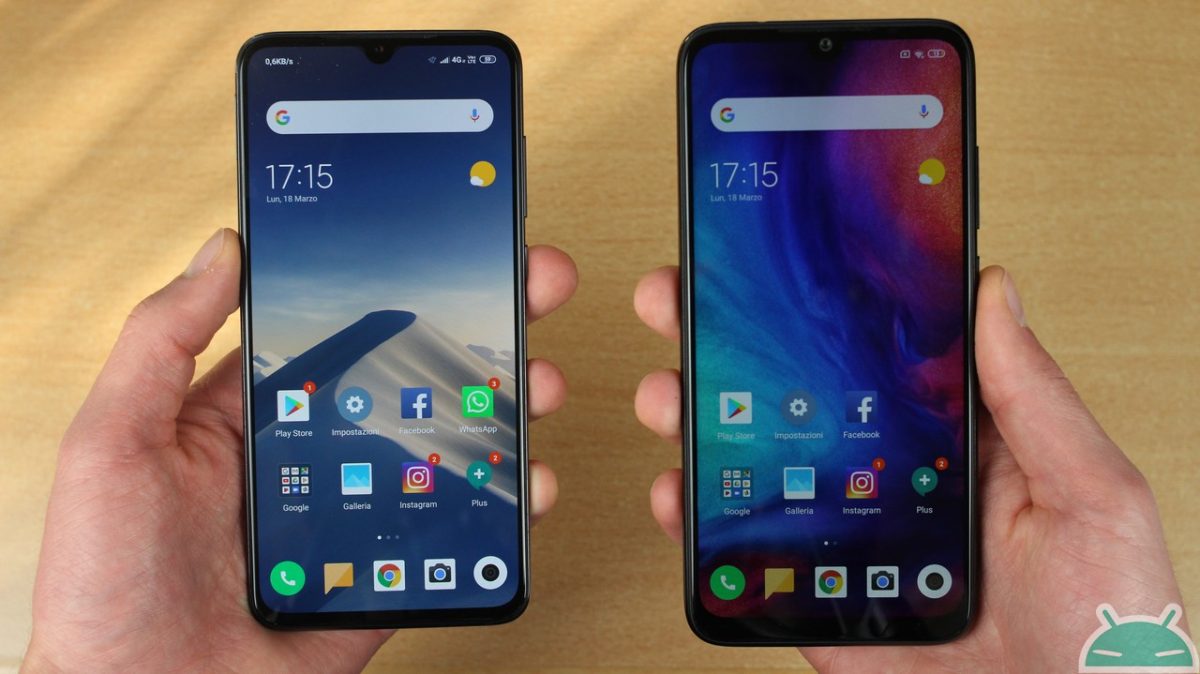 However, both have one back cover in glass which will tend to make the smartphone more slippery than usual, in addition to forcing us to clean them every 5 minutes. The Redmi Note 7 has a back a little less oleophobic but it is really very easy and fast to clean it.

Nevertheless it must be admitted that both are built with aobsessive attention to detail and the sensations returned are of extreme solidity. Xiaomi has done a great job under this point of view, trying not to give up anything even in the medium / low market.

The only flaw that can be noticed on both is the photo module too protruding, which will make life difficult for us if we want to use smartphones on a table. 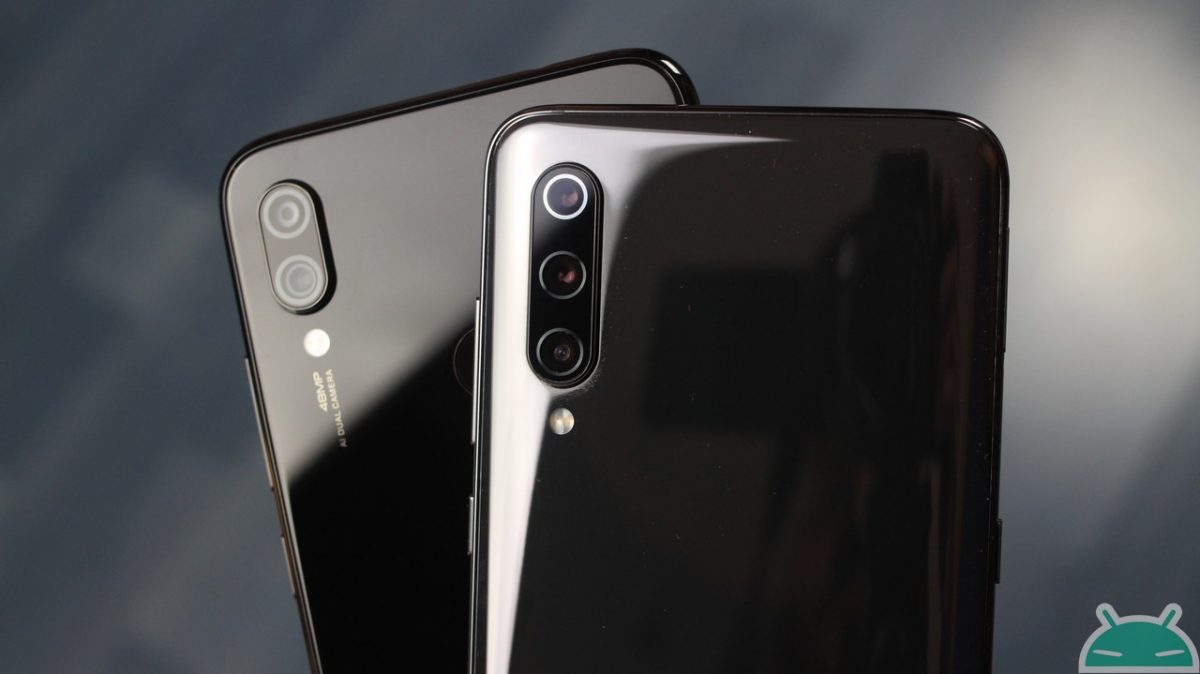 In this sector, just look at the technical data sheet to understand that there is not much to add. Xiaomi Mi 9 is definitely superior to Redmi Note 7, as the panel AMOLED returns of more vivid colors and enjoyable, in addition to having a greater maximum brightness that will allow us to display excellent contents even in direct sunlight. 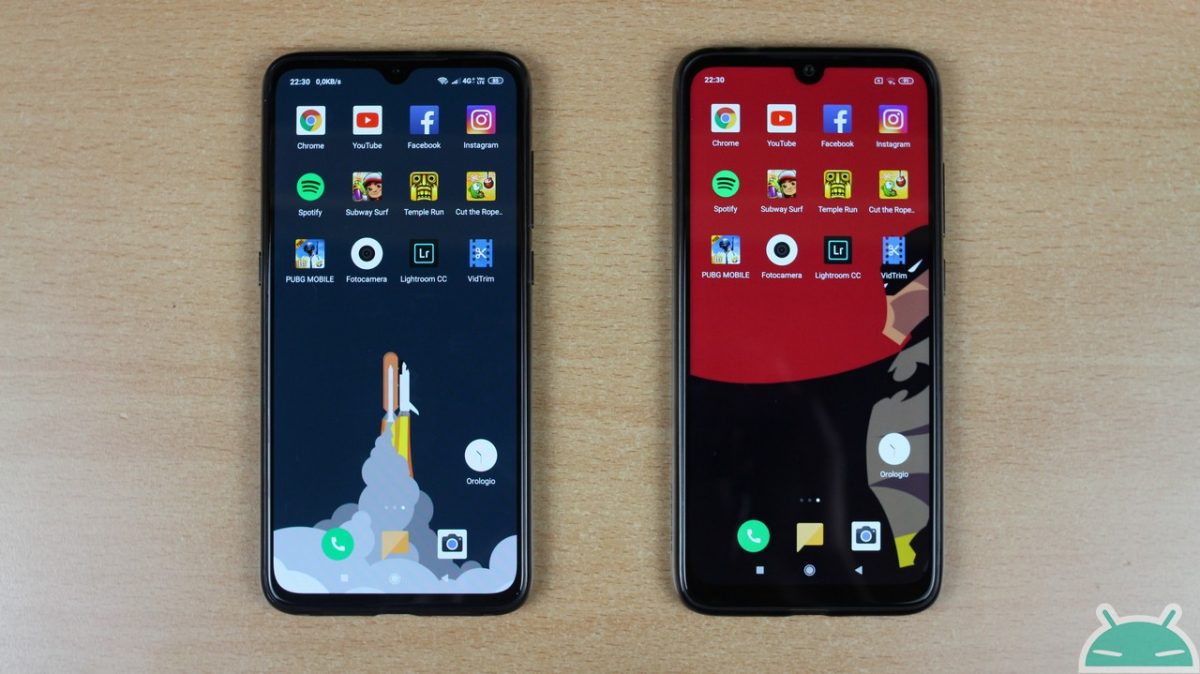 Su Redmi Note 7 we can notice less contrasting colors, but you can try to correct the shot a little through the special settings in the display menu. Fortunately the MIUI provides various customizations from this point of view.

This is one of the aspects in which the price difference between the two is justified, as in addition to having a superior technology we also have a software with more customizations designed specifically for the type of matrix. In fact, we can activate the dark mode (and slightly increase the autonomy) or set theAmbient color display. 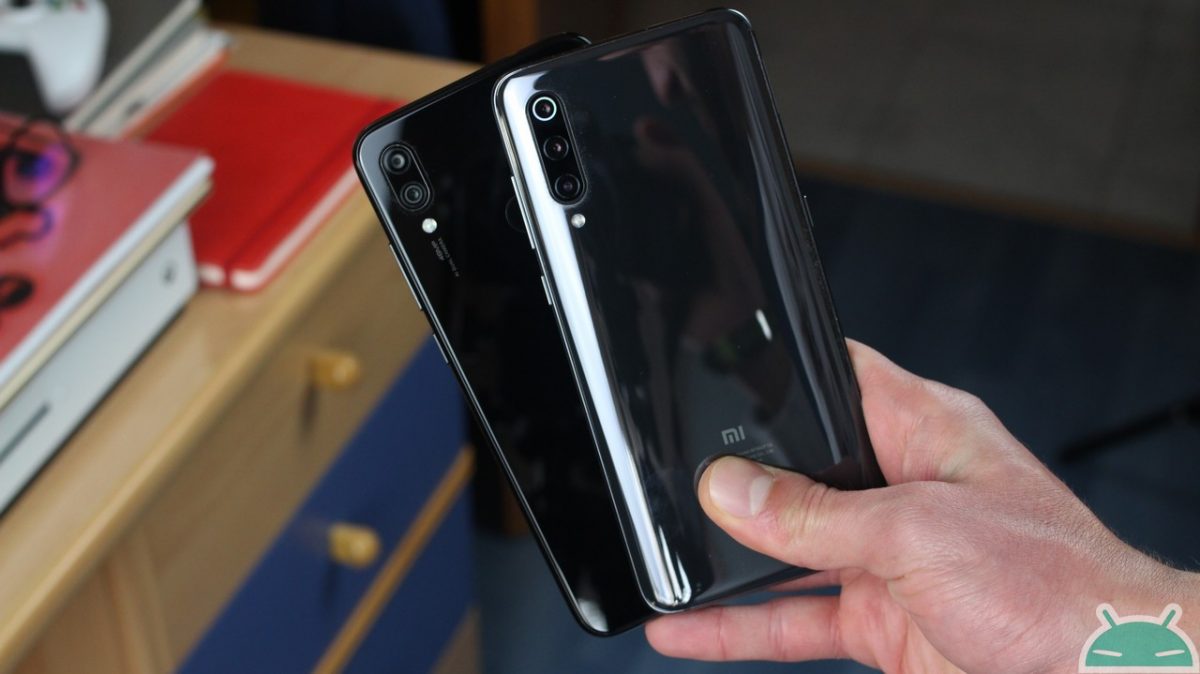 The speed is clearly higher than the top of the Chinese house and this can also be seen from the speed test that we have recently made. However, I still noticed how with the Redmi Note 7 you can do all the daily operations we do with My 9 without it showing too much difficulty. The app is slightly slower to open, but the smartphone can handle even heavier workloads such as PUBG to maximum details.

In fact, the game is played without lag and is fluid, although you may notice fewer fps than the top of the range Xiaomi. The only difference I can make is that the Redmi Note 7 becomes warm after a few minutes of play, but nothing compromising.

Let's start by saying that Xiaomi Mi 9 has a triple rear camera from 48 + 12 + 16 mega-pixel with f / 1.75-2.2-2.2 aperture, hybrid autofocus, LED flash and digital stabilization, unlike the Redmi Note 7 which mounts a dual camera from 48 + 5 mega-pixel with f / 1.8 opening. If in the first smartphone the main sensor from 48 mega-pixel is a Sony IMX586, in the second is a Samsung S5KGM1 and the difference can be noted quietly.

In terms of chromatic range can be seen as it Xiaomi Mi 9 captures many more shades of color and how these are more contrasted than the mid-range. Furthermore, lighting management is undoubtedly better. However, although the level of detail is higher on the more expensive model, in some situations it is questioned.

This makes us understand an important thing, namely that the price difference between the two certainly justifies the discrepancies, but it is probably the Redmi Note 7 the smartphone that for its band does better between the two, because with a good steady hand you can reach gods similar results to those of the My 9.

In night the distances between the two seem to shorten (especially for a demerit of the top of the range), as the level of detail and the colors are on very close planes.

As for the front camera, however, we find a sensor from 20 mega-pixels on Xiaomi Mi 9 and one by 13 mega-pixels su Redmi Notes 7. On the first model we have a beauty effect (the classic that Xiaomi inserts basic in the algorithm) less pronounced and more detailed selfies.

Thanks to Google Camera both smartphones change face, or rather we will change it, as it is possible to notice a higher quality in all situations. In this case the two smartphones start at support each, so much so as to question my preferences in some situations.

With the rear camera the differences between the Google Camera and the application Stock are less obvious but trust me if I tell you that, once installed, the Redmi Note 7 will give you great satisfaction.

In all this Xiaomi Mi 9 continues to have the advantage of one wide-angle camera, as well as one better digital stabilization. This can be seen above all in the videos where, moreover, what is said previously in terms of colors and light management is replicated.

Both devices have a single speaker lower and cannot enjoy the stereo mode. Despite the sound of the Redmi Note 7 is quite full-bodied and powerful for its price range (in fact it is one of the best), Xiaomi Mi 9 it has an even higher volume and a better balance of frequencies. The difference between the two is there, but it is not as marked as one would expect.

For the rest, the mid-range has the advantage of entry mini-jack which is an aspect not to be underestimated.

From the reception point of view Xiaomi Mi 9 certainly behaves better, but Redmi Note 7 manages to defend itself well thanks to the support of 4G +. Basically the difference with the top of the house Xiaomi is in the absence ofNFC, the Dual Frequency GPSand wireless charging and technology 2 × 2 MiMo for Wi-Fi. However, apart from NFC, the other features are top of the range so these shortcomings can be accepted willingly since for the rest we don't give up anything thanks to Wi-Fi Dual Band, IR sensor and Bluetooth 5.0, which is not easy to find on devices in this price range.

Speaking instead of unlocking methods, the fingerprint sensor placed on the back cover of the Redmi Note 7 it's definitely faster and more responsive of the fingerprint sensor located below the display of the Xiaomi Mi 9. In general, this technology should be further improved because at the moment it is still a bit too slow and imperfect compared to the old sensors.

Both smartphones have the MIUI 10.2 Global based on Android 9 Pie but, albeit Xiaomi Mi 9 have many more custom animations and software goodies like theAlways On display a colors or the Dark Mode or AI key, this has a version still a little sour.

In fact, we find some smudges linked to the dark mode, to the reception of some notification, to the recording of videos in Instagram Stories or even in the functioning of system gestures, which are not perfectly compatible with some keyboards or with some applications (Telegram for example).

We do not find any of this on Redmi Note 7, which presents a ready-to-use system e without bugs. The only negative aspect that both devices have in common is theabsence of notification icons to the left of the notch. Unfortunately all the Xiaomi with the notch they are affected and we hope that the Chinese company will correct the shooting as soon as possible.

Not even to say the Redmi Note 7 is the winner hands down thanks to a battery from 4000 mAh which allows us to get one medium di 6 hours of active screen unlike the Xiaomi Mi 9 that, with his 3300 mAh, gives us an average of about 4 hours and minutes 30 di active screen.

The latter, however, supports the wireless charging a 20 watts,, while both support fast charging Quick Charge 4.0 even if the package does not have a power supply with this technology.

Let's start immediately with the prices because Redmi Note 7 in the variant 4 / 64 GB is available a 199 €, while Xiaomi Mi 9 in the variant 6 / 64 GB a 449 €. A difference of 250 € justified by the choice of better components including hardware, display, cameras and various other technologies.

As mentioned in the respective reviews, both are devices that stand out in their range for the incredible value for money, but what probably surprises us most is the Redmi Note 7, as in some respects it is very close to the performances offered by the top range of the Asian company. Among these it is important to also mention the photo gallery, as installing one Google Camera we will revive this Redmi.

During the confrontation I realized something that will seem strange to say, but it is Xiaomi Mi 9 seems to behave like a Redmi Note Enhanced 7 e beautified. So if your goal is to have a super responsive camera with a wide-angle camera, wireless charging and AMOLED display then I recommend the My 9, but if you want to save money and look for the real deal with an incredibly inexpensive, powerful device, with excellent autonomy and with a camera with great potential, then you have to buy Redmi Note 7. 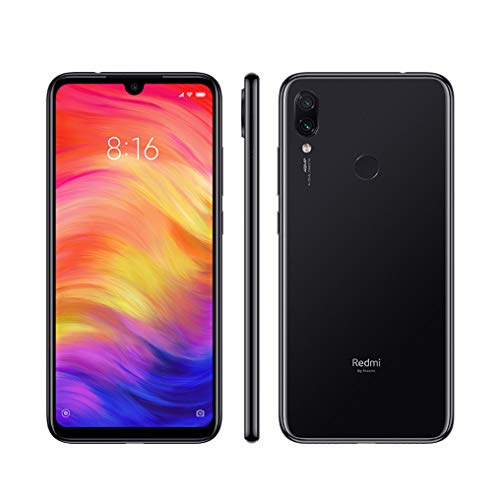