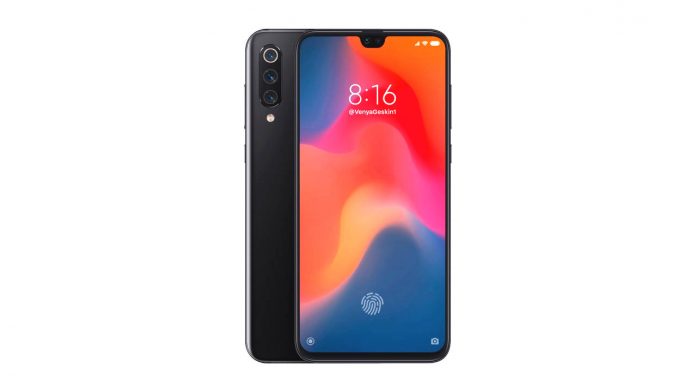 the Xiaomi Mi 9 2018 has already started talking last October, several months after the official presentation which should be held in the spring. And he started talking to this image made by VenyaGeskin1 aka Ben Geskin, well known filmmaker render and concept of the tech industry. An image that has now been modified and updated based on the leaked photo of the alleged Mi 9 appeared a few days ago.

Assuming that the image is true, and there is a good chance that it is, this above could be the Xiaomi Mi 9 in its entirety. At least in the back, since the front still remains a mystery. On the back you can see the triple camera of which one is already spoken previously, in which we should find a sensor from 48 mega-pixels, for an telephoto and maybe one ToF sensor (although personally I would like a wide angle more). Note the clearer contour for the upper sensor, similar to the one seen with Samsung Galaxy A8s.

In front of Xiaomi Mi 9, however, we do not know anything specific yet. In this concept we see an intermediate notch, neither small nor large. If so, it would mean no implementation of the 3D facial unlocking seen on Mi 8 Explorer, but a more classic 2D face recognition via a single camera. Almost certain is the presence of a ID sensor in the display, increasingly a standard in the high-end of Chinese smartphones.