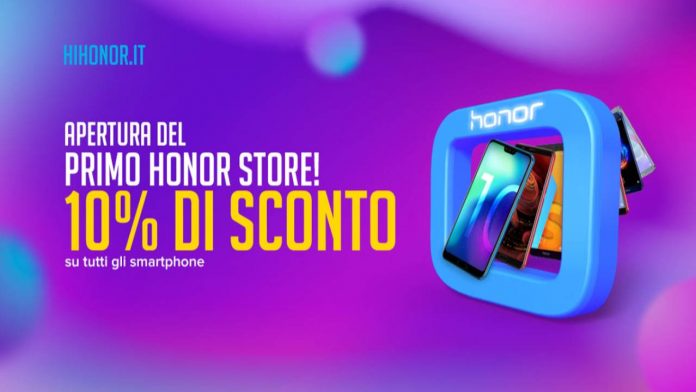 The Italian smartphone market is becoming increasingly red. In fact, there are many producers who currently operate officially in our country. Suffice it to say that Huawei has opened its own in Milan first flagship store in Europe. And after the arrival of the Mi Store of Xiaomi in the province of Milan, here too Honor announced the inauguration of its first temporary store.

As well as many other companies, too Honor He decided to open his own pop-up store inside of "Il Centro" to Arese, or in the largest shopping center in Europe. The inauguration day will be held next 13 October, during which there will be areas dedicated to photography, gaming and music.

Also, Honor will offer one for the whole weekend 10% discount on all smartphones present on sale on HiHonor official online store. Among these we find models such as Honor 10, Honor Play, Honor View 10 and the new one Honor View 10 Lite. And it does not end here, because everyone can take advantage of 3 free months of Honor Video, the new streaming service.