A few weeks ago we talked about the new one Xiaomi Mi 8 with ROM China within our review, which had managed to convince us only halfway because of some small uncertainties in the software and its optimization of the notch. For this reason we decided to wait for the Global variant to be able to make a more sensible judgment since this variant is dedicated purely to our market.

In today's article, we will not only talk about the latter version, but we will also make a comparison with it Xiaomi Mi MIX 2S Global to understand if indeed the company has managed to make a leap in quality with the Xiaomi Mi 8, or if it is still worthwhile to buy the latest top of the range notch-free of the Chinese company.

In this case we talk about two smartphones completely different in design why, while i Xiaomi Mi 8 he was clearly inspired by the top of the Apple range, the Xiaomi Mi MIX 2S it has an aesthetic much more original ed unique, which has given inspiration to many other models of other brands that came out later (we know that the Sharp Aquos Crystal it has been produced much earlier, but we also know that Xiaomi with the first one We MIX she managed to create a lot more hyping).

Both are impeccably made and with high quality materials, but I must say that the Mi MIX 2S turns out to be much more fascinating than the other device. This thanks to a display borderless on 3 sides and a very elegant one ceramic back cover mirrored with curl 3D. The only point in common between the two terminals is the camera in vertical and the fingerprint sensor located more or less at the same height. 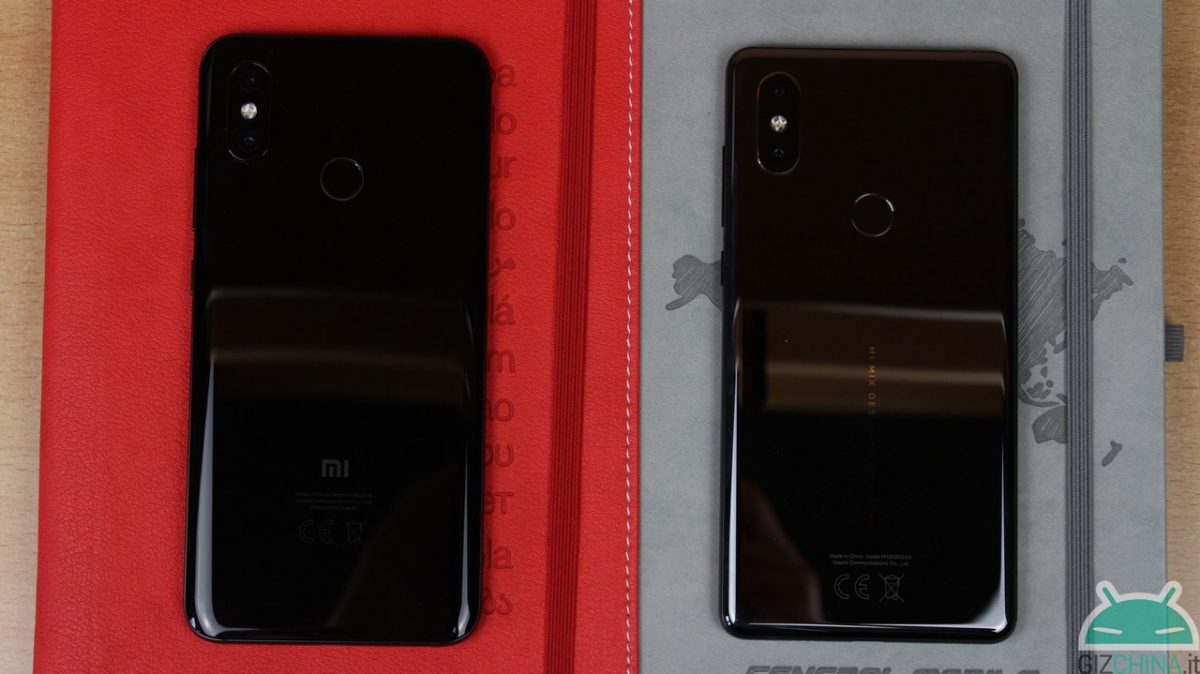 In short, even today the design of this device does not go unnoticed, unlike the Xiaomi Mi 8 that, due to the large notch, it looks a lot like one iPhone X. Do not get me wrong, however, because this device is still well cared for and with a nice glass back cover but, as you know, the aesthetic factor is always very subjective and I personally like the former top of the company.

Also the dimensions differ because the My 8, having a larger display, turns out to be less manageable compared to Xiaomi Mi MIX 2S, but surely less slippery e lighter.

Finally, we further note that neither device has the mini-jack input. 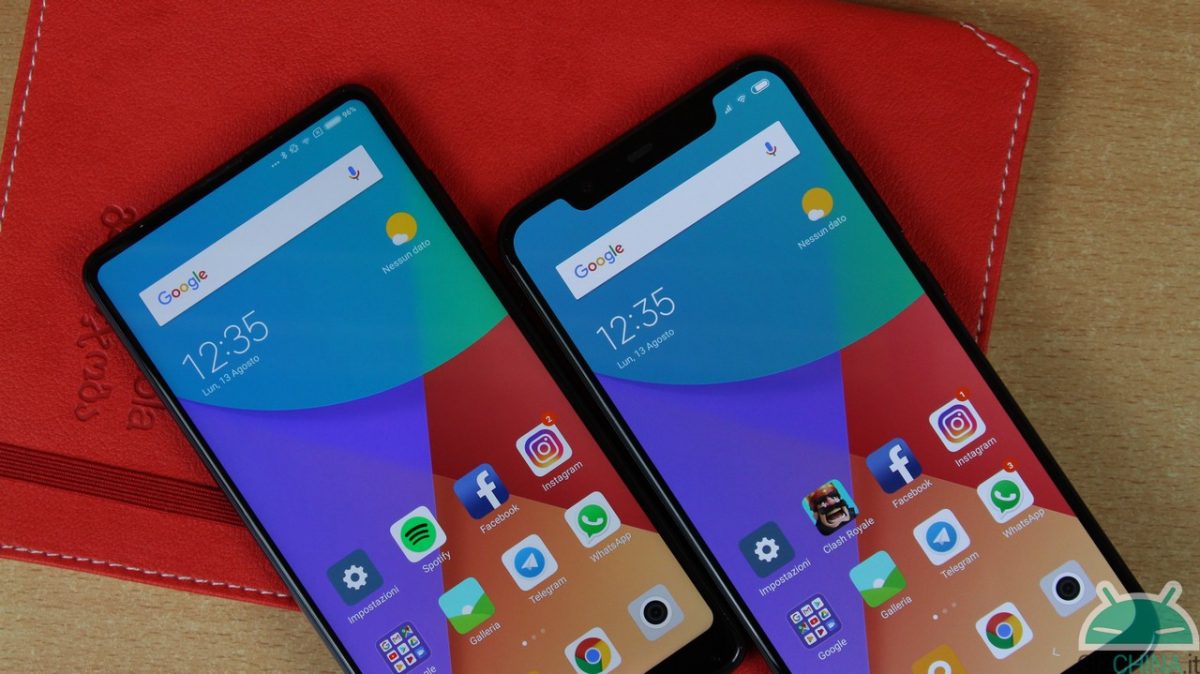 The colors turn out to be more Vivi e full-bodied on the new top of the range, albeit i Bianchi tend to slightly al yellow, but this is normal in all AMOLED, as normal is that blacks are much deeper than the Mi MIX 2S, since the latter has a panel IPS. We must specify, however, that the display of the former top of the range is also one good unity.

Very good viewing angles for both devices, as well as the oleophobic treatment is good. 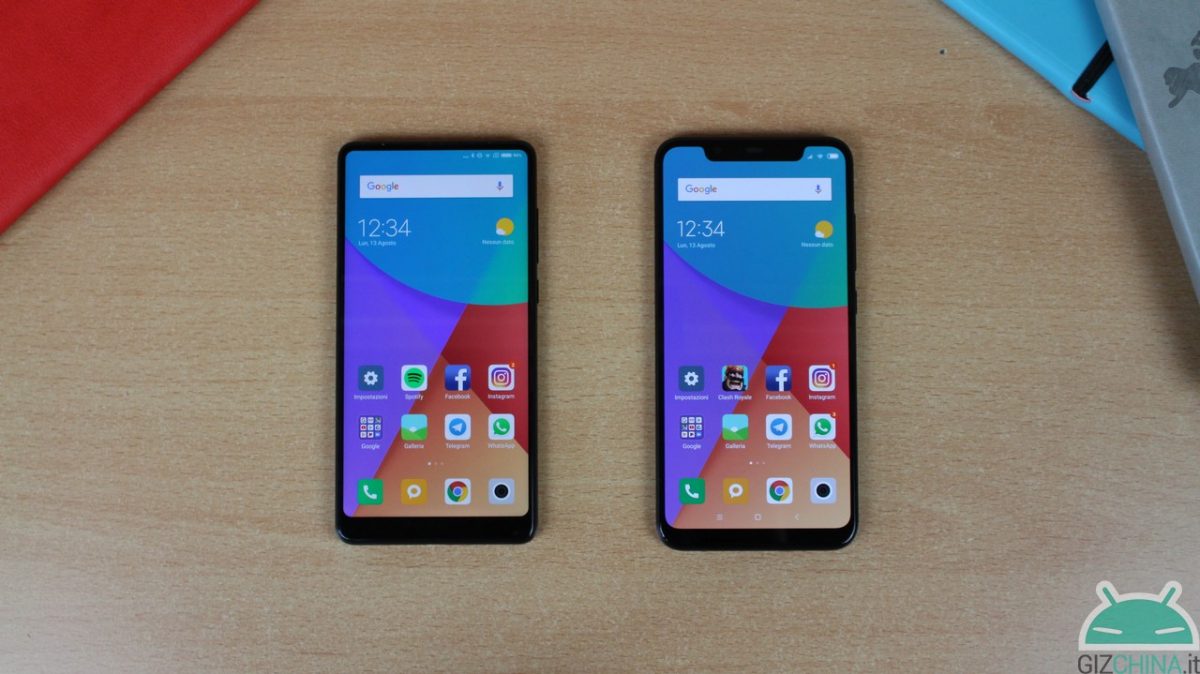 Finally, we point out that only for the My 8 the always-on mode that allows us to see the time, day and notifications received, but you can not click on it to go directly to the application.

The hardware equipment has remained virtually unchanged, in fact, we have it same chipset and, in our case, the variants with the same memory cuts, that is 6 / 64 GB. In everyday use you will not be able to notice the difference, as both devices are extremely fluid and powerful. The app is opened instantly and no lag is found even with heavy use.

The only small differences can be noticed at the level of benchmarking, all of which seem to take advantage of poco lo Xiaomi Mi MIX 2S, which also tends to warm up more under stress (prolonged benchmarking).

Very good performance of the GPU for both devices that guarantee us a gaming at the top even with very heavy games like Asphalt 9 e PUBG.

This is also a challenge that is decided by the software, as the two smartphones have the same sensors, or one double photographic module posterior characterized by a sensor from 12 mega-pixels with aperture f / 1.8 and dimensions of 1 / 2.55 " and from a second telescopic sensor from 12 mega-pixels with opening f / 2.4 and dimensions of 1 / 3.4 ", accompanied by a dual Flash LED and from the optical stabilizer to 4 axes.

In good light conditions the shots they seem to be very similar in terms of colors, white balance and definition. The difference can be seen in the details once we display the photos on a monitor, as it is Xiaomi Mi MIX 2S seems to guarantee us one slightly better definition (but really a matter of poco) than his opponent. Both smartphones shoot very well even if both fail to achieve top-level performance such as Huawei P20 Pro, which continues to be still the best in this sector.

At night we repeat what was said above, but here the results are more fluctuating, as sometimes the photos of the Mi MIX 2S I'm from poco brighter, but less detailed than those of the My 8. In short, even here the situation is very balanced, though Xiaomi Mi MIX 2S is very little on the lead.

Different speech for the front sensor, as the latter has a sensor from 5 mega-pixels unlike the one from 20 mega-pixels of the top of the range. The distance between the two extends long, in fact, the Xiaomi Mi 8 can guarantee us one definitely better definition and colors slightly more real. The management of the lights has remained unchanged, in fact, in more complicated situations (sun reflecting on a building behind) the photo will have a background overexposed. Furthermore, the former flagship has a less wide-angle sensor.

With regard to the video recording in Full HD with OIS (we can record up to 4K) I must say that even here the differences are really imperceptible even if perhaps it Xiaomi Mi 8 it seems to have less flickering. But it's really a question of details because they both stabilize very well and capture good quality audio.

Unlike the My 8, Mi MIX 2S can boast of a stereo effect thanks to the earpiece that acts as an additional speaker, this involves an audio more engaging compared to the other smartphone, although the power is slightly lower. There quality of audio and the balance of frequencies is virtually identical and you will not hear many differences.

As mentioned previously, both do not have the mini-jack input, but the adapter is supplied. The audio is just as good on headphones and there are no particular differences.

Regarding the audio in the ear capsule we must remember that the Mi MIX 2S it is located on the edge between the frontal profile and the upper one and this leads me to prefer that of the My 8.

The connectivity park is characterized for both by support Dual SIM with 20 band, Wi-Fi ac Dual Band, Bluetooth 5.0 e NFC, while for satellite navigation, the Xiaomi Mi 8 can count on Dual-frequency GPS / A-GPS / GLONASS for greater precision and on a infrared sensor dedicated exclusively to face unlock.

However, on the MIUI 9.5 Global the update that allows us to exploit it has not yet arrived facial unblock (should arrive shortly).

Reception is very good for both devices and we have not encountered any particular problems. Grace al dual-frequency GPS, My 8 manages to be more performing under this point of view. Then we leave the results of the various tests.

That said, the new top-range software integrates some news not present on his opponent such as thealways-on display and some aspects concerning the notch. Remaining on this subject, in the review of the Mi 8 Chinese variant, we had found some small imperfections that we hoped were resolved in the Global version, but that they are actually still present For example:

Also, another aspect that I find infinitely inconvenient is the fact that you can not see the percentage of battery residual without necessarily having to lower the curtain of the rapid toggle (due to the notch this possibility can not be inserted).

For the rest, the system runs fluid in both the smartphones and the daily use is not compromised by lag or jamming.

Same battery (3400 mAh) and very similar results, in fact, with average use I managed to reach around 6 hours of active screen with both devices, while using it more intensely the duration is around the 4 hours and minutes 45. In short, sometimes it is a real satisfaction to find top of the range that allow us to leave the house in the morning without making us worry about the recharge until late evening or the morning of the following day.

However, we find differences in other areas, in fact, only the Xiaomi Mi MIX 2S has wireless chargingwhile its Xiaomi Mi 8 has in its favor support for quick recharge Quick Charge 4.0, even if supplied, the power supply supports max Quick Charge 3.0.

The front camera from 20 mega-pixels of the second manages to make the difference in photo gallery, cosím come il beautiful Super AMOLED display. On the opposite side we have a smartphone more compact and from design more original, to which we can add the wireless charging, for an stereo audio and a official price certainly less.

What I can certainly tell you is that you want to upgrade from Mi MIX 2S a My 8, then it suits you expect for a next top of the range that really makes the difference, while if you are undecided about which of the two to buy that will depend on your needs: you prefer a display Super AMOLED rather than IPS? Do you want a more complete photographic sector? Do you need wireless charging?

Personally I would opt for it Xiaomi Mi 8 for the simple reason that the camera for me it counts a lot and between the two this is the one that earns more points (thanks to the selfie-camera). In addition, his panel has bewitched me, although it definitely prefer the wonderful design the Xiaomi Mi MIX 2S.

Here are some offers in real time but for even better coupons and discounts subscribe to Xiaomi Inside, the channel dedicated to offers and news about the world Xiaomi! 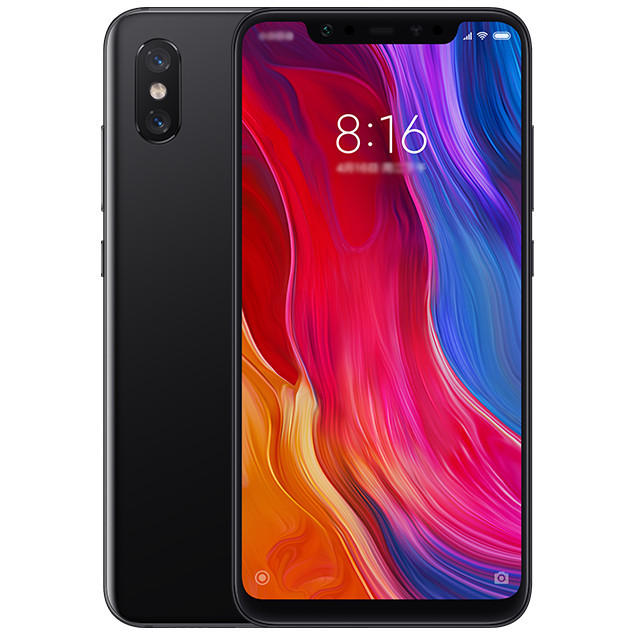 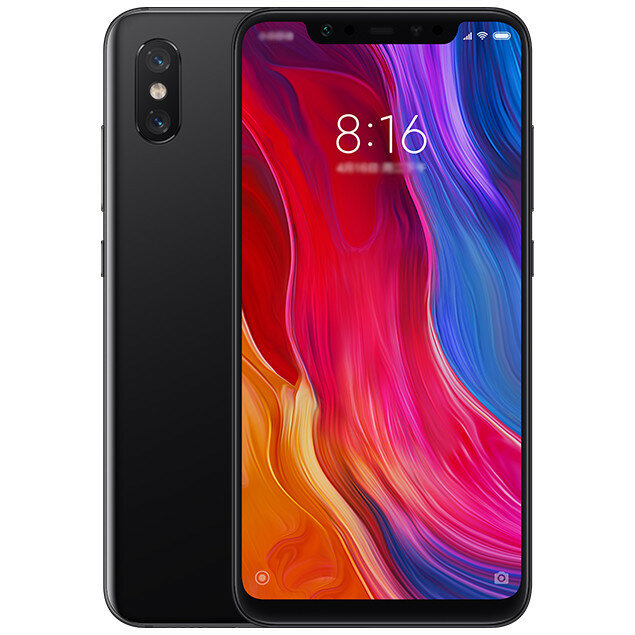