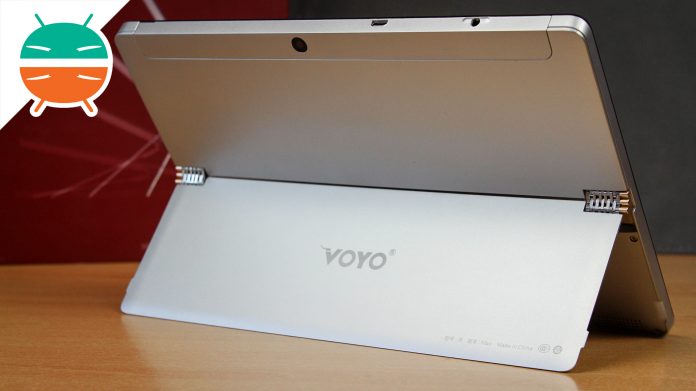 As we have already said several times in the past, the sector of the Android tablet it is in crisis already for some time, as we do not find an optimization that would make us prefer to other devices. For this reason, often those who want to buy a product like this to a low price overlooks Chinese showcase, which is able to offer us one unbeatable value for money. In this case the Voyo i8 Max has attracted our attention thanks to his technical and his rolling stand that allows us to use it for work as well as recreational purposes.

How did you behave during our tests? Let's find out together in the full review!

The sales package is made of white hardcover and contains the following equipment:

Il design of Voyo i8 Max It's standard and with decidedly pronounced frames. The only particularity lies in the back stand which can be rotated by 180°, which makes it especially useful for watching movies or for writing documents or more generally in the workplace.

The hinges are very resistant and reinforced, while the rest of the construction of the tablet turns out to be enough economic because of the body in plastic. In fact, aluminum was used only for the perimeter frame and for the stand. By slightly flexing the device you can hear some small creak. 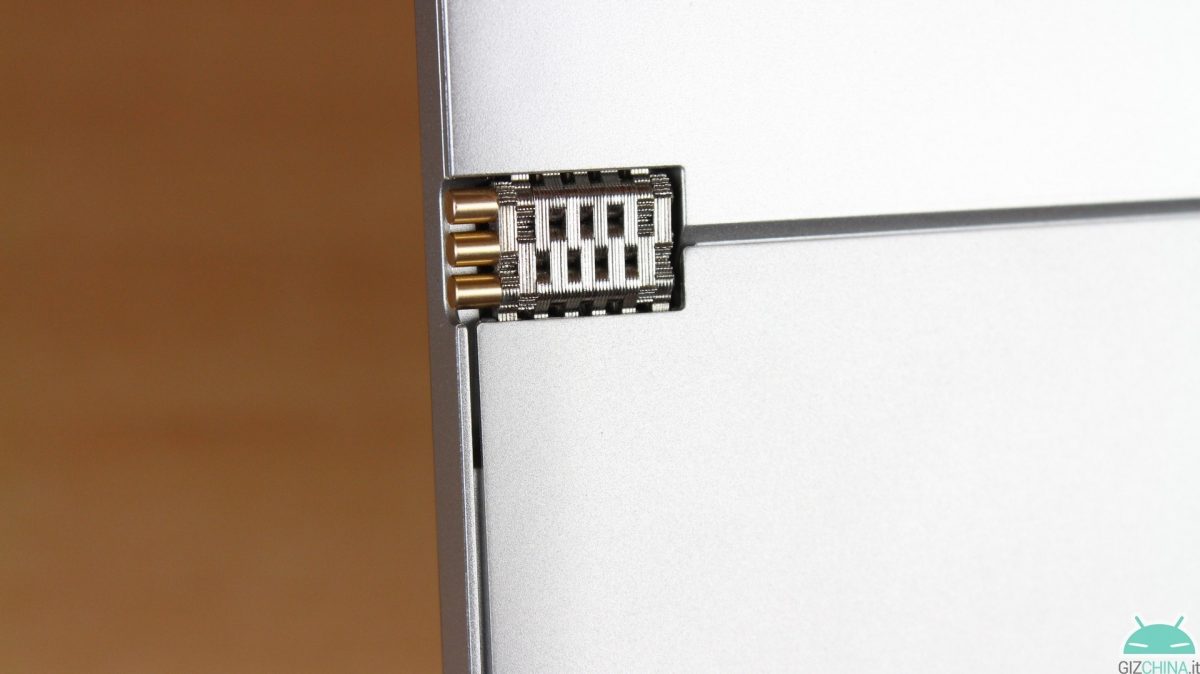 On the right side we can see the power button, the volume rocker and the little hole to reset the tablet, while on the opposite side the profile is completely empty. Finally, the Micro USB input and the mini jack input are located at the top.

However, with great surprise and very rudimentary, by removing a part of the body of the upper profile we will have access to the dual SIM + microSD slots. 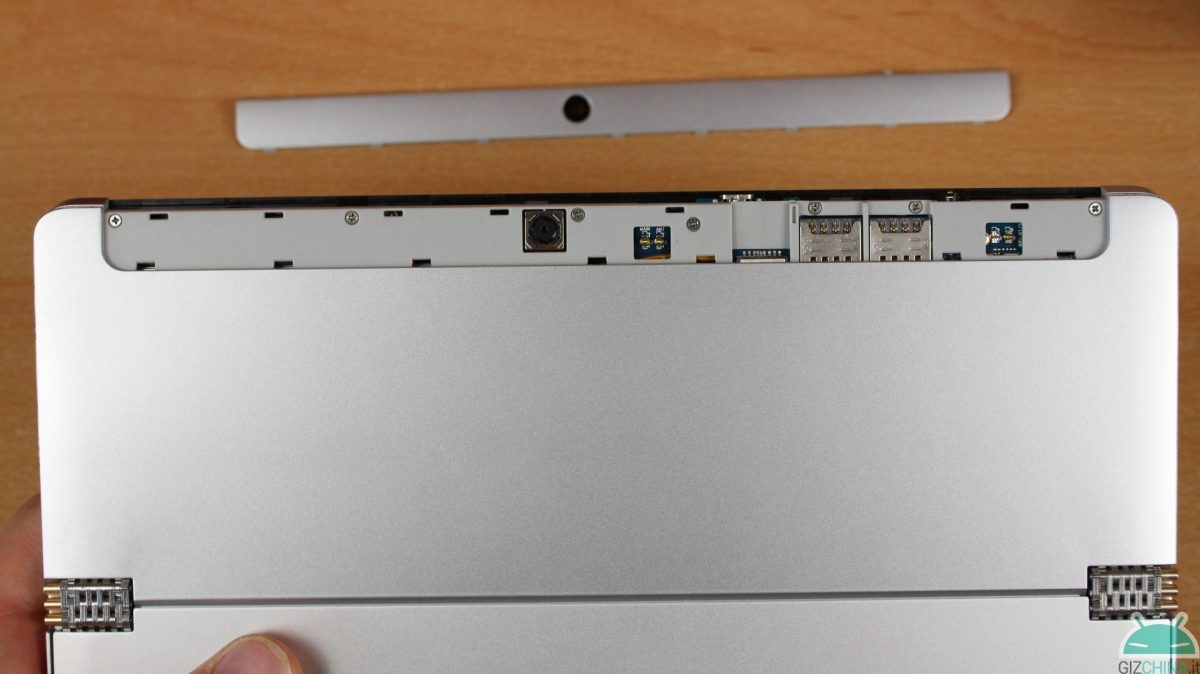 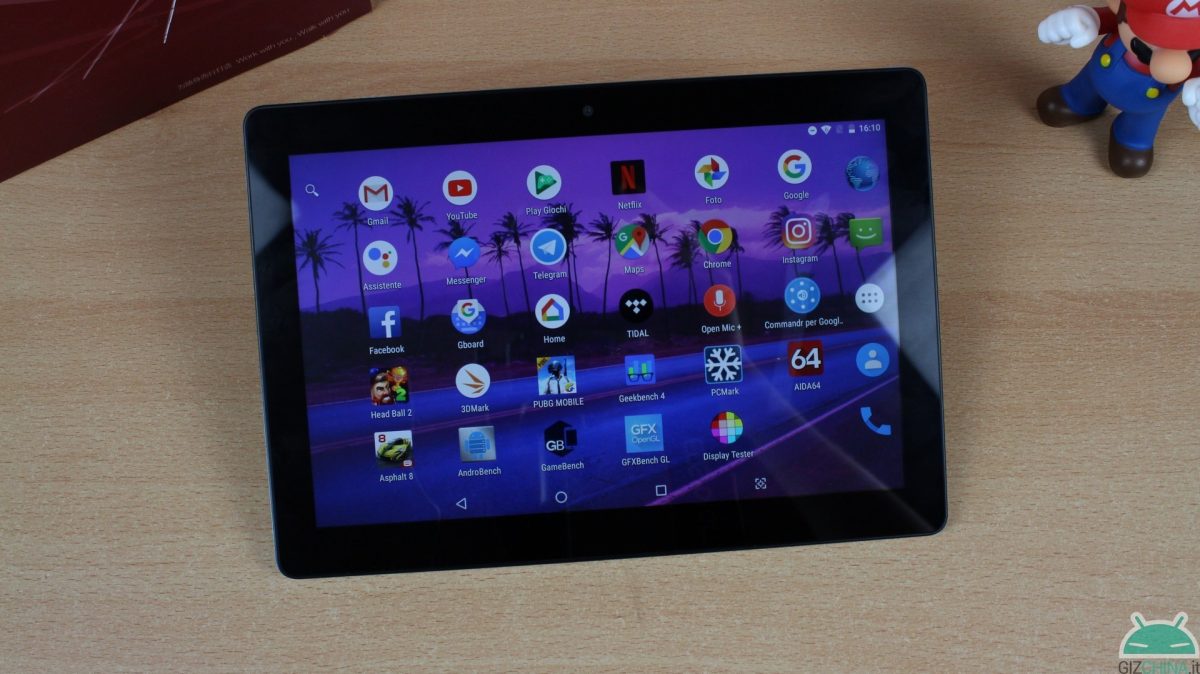 I have to say that the only point in favor of this panel are i colors which, although slightly tend to delle hot temperatures, they are still appreciable. Good definition and sufficient viewing angles, but otherwise the touch screen it's almost a disaster. In fact, it is possible to notice a slight one latency in the response of the touches and sometimes it happens that they are not even taken. This aspect and the quality of the unit remind me of the lack of reactivity of the old displays, so when using this tablet get armored with lots of patience.

Il Voyo i8 Max is equipped with a chipset MediaTek Helio X20 (MT6797), which is inclusive of a processor deca-core with a maximum clock frequency of 2.3 GHz, a GPU ARM Mali-T880, 4 GB di RAM LPDDR3 e 64 GB di internal memory expandable via microSD. On paper the hardware compartment should not be bad but, due to a software disastrous, the use comes totally compromise. In fact, navigation in the interface and between apps is not snappy and it is very easy to run into sudden freeze e automatic rials of the system. This sometimes happens when they open 2 / 3 app at the same time and in the long run it becomes frustrating.

La GPU behaves good with light titles like Head Soccer e ClashRoyale, but with heavier games like PUBG Mobile you must play with details at a minimum, otherwise fluidity will be affected.

La camera it is definitely not the strong point of any tablets since we rarely find ourselves bringing a similar device with us to capture the best moments of our life (and not) but, despite everything, it is right to analyze this sector too.

Posteriorly we find a camera from 12 mega-pixels with autofocus and modalities HDR. Unfortunately, the photographs are not sufficient in any light condition, as the definition è low and the noise can be easily noticed. The colors are a little too contrasty and in the presence of strong light sources we see a tendency to overexposure.

Frontally we have a camera from 3 mega-pixels and practically repeats what was said previously.

On the back cover, just below the stand, they find space two speakers of system, which, however, can not guarantee the performance level, giving us back the classic "Radio effect". In fact, the audio output is dish, not very powerful and with gods bassi almost totally absent.

Il Voyo i8 Max supports Dual SIM Dual Standby with connectivity LTE Cat.6, which is slightly subdued compared to other devices, but the positive aspect is that we can insert 2 SIM cards without giving up the expansibility of memory, as we have one dedicated microSD slot.

Il software it is undoubtedly the appearance worse of this device, because poco optimized and constantly subject to sudden jamming e automatic restarts of the System.

On board we find Android 7.1.1 with security patches updated to November 5, 2017, which is almost totally stock, except for some pre-installed app in Chinese such as a kind of service streaming / on demand that will allow us to not miss any episode of our favorite Chinese TV series.

As previously mentioned, the software è slow, jerky e frustrating in the long run, a symptom of an optimization that is not up to par. The most annoying part, of course, is i sudden restarts, which could make us lose our progress in the drafting of a text, in drawing or in gaming.

Under the body of the Voyo i8 Max we find a battery from 5000 mAh, which can guarantee us an autonomy sufficient. In fact, during these days of use I have reached an average of 4 hours and minutes 45 di active screen.

La recharge rather, through the supplied power adapter slow, as the tablet can get to the 100% in about 3 hours and minutes 30.

In conclusion this tablet he could not convince mein fact, the only aspect that satisfied me was it rolling stand to 180° which is definitely useful for watching videos or writing texts. For the rest we are under the sufficiency for most of the sectors, also that of price why the Voyo i8 Max It is available on the various Geekbuying about 180 €, a little 'too much for what he can offer us. 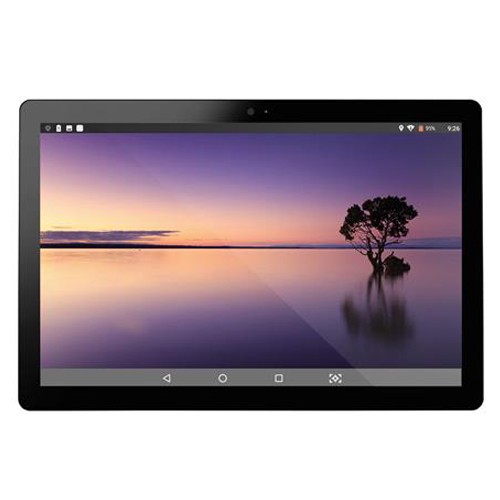