After a few months from the announcement of FunkyHuawei about a tool to unlock the bootloader without the need for a code, a colossal blow comes directly from Huawei. Apparently the Chinese technology giant has decided to close its doors to modding and has announced that it will no longer be released unlock codes for their devices.

Huawei versus ROM and modding: no more codes for unlocking the bootloader from the 24 May 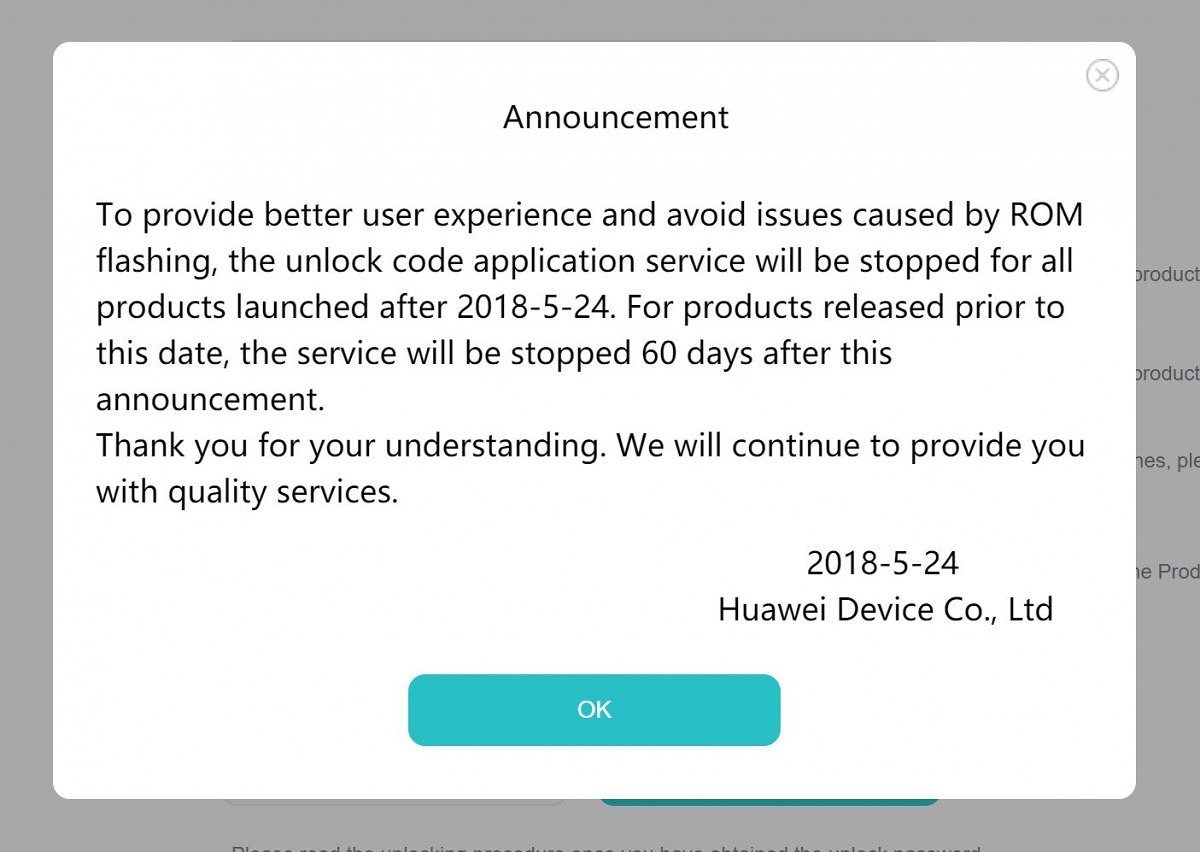 At the beginning of the month the portal Huawei (also dedicated to Honor) which offered the request service for the release codes of the bootloader for the brand's devices it had been mysteriously "deactivated". And now comes the confirmation that it was not a disservice but a maneuver by the company. It seems that Huawei has decided to say no to the world of modding, completely removing this service and closing the doors to Custom ROM.

The motivation behind this choice - according to the message you see above - is to want to provide "A better user experience and avoid problems caused by the ROM flash". Starting today, 24 May, Huawei e Honor they will no longer provide the bootloader unlock codes for the various smartphones of the two brands. For devices released before this date, the service will be interrupted between 60 days.

As the most expert in the field know well, without the aforementioned codes users can not proceed with the installation of the recovery TWRP and ROM not stock. In short, it is a very hard blow to the world of modding. Huawei has not yet issued a press release on this, however XDA he assured that he opened a dialogue with the company to try and get her back on track. We look forward to news and keep our fingers crossed.

TikTok launches its first TV application and it does ...