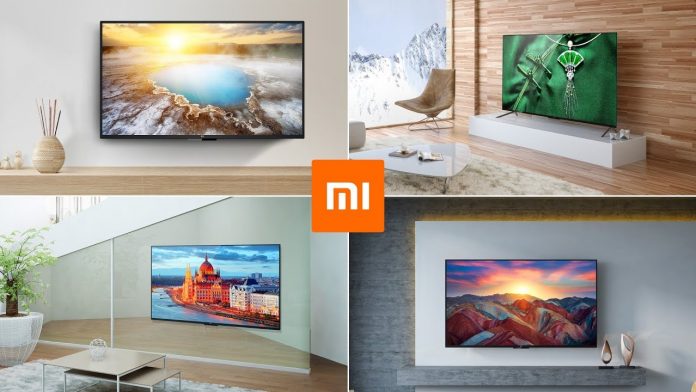 On the occasion of the MWC 2018 in Barcelona we visited the We Storeas we told you in this article. And to our surprise we have also found on display Xiaomi Mi TV, so far only seen in China and India. Given that in the coming months will open a first Mi Store even here in Italy (and crossing the fingers that come also from us), we see an overview of the models present in commerce, between differences e prices. As for the latter, we will consider the cost in China, as we do not know the prices for Europe at the moment.

The Xiaomi smart TVs are different and range in the various price ranges. For example, the cheaper model, the Xiaomi Mi TV 4A 32 ", you can find it at around 127 €. However, it must be said that it is a low resolution panel (1366 768 pixels x), therefore poco more than HD.

To have the Full HD you have to go on Xiaomi Mi TV 4A 40 ", at the cost of 217 €. In addition to the resolution, other sectors also improve: the internal memory from 8 GB instead of 4 GB, le 2 USB ports but above all the presence of the support Bluetooth. This is used by the remote control supplied, which, thanks to the integrated microphone, offers i voice commands to move in the interface and use shortcuts. 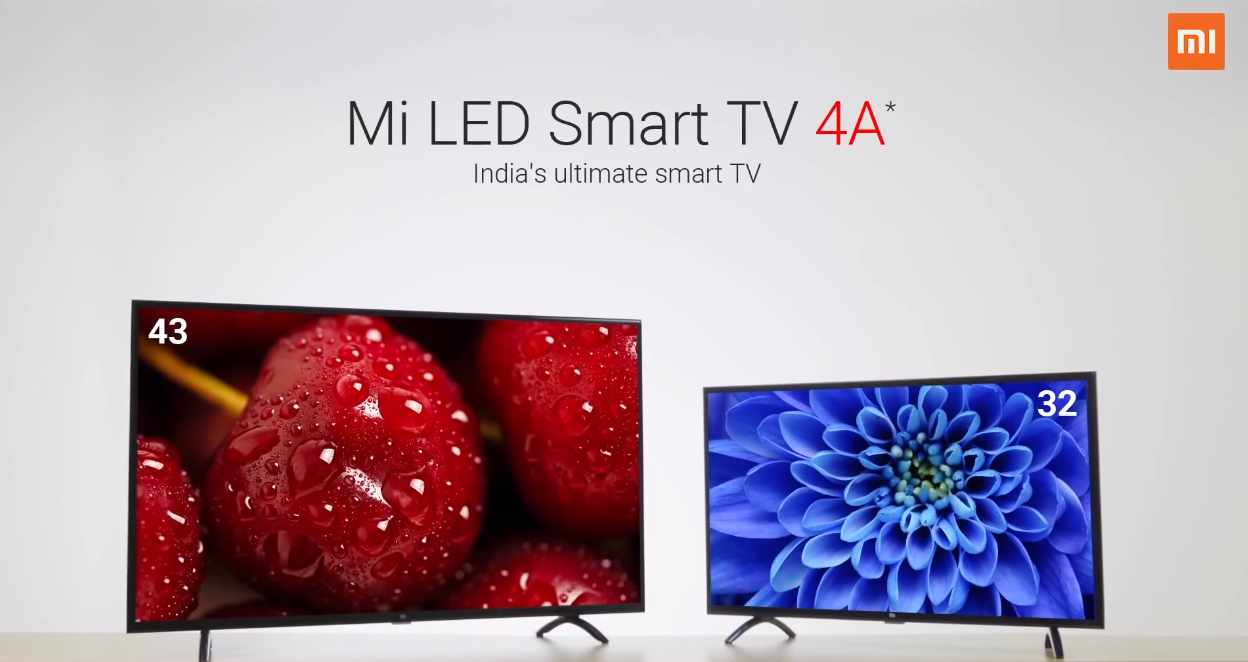 We then move on to Xiaomi Mi TV 4A 43 ", almost identical to the previous model but in this case with support HDR ed HLG. Furthermore, here we have 2 GB di RAM and connectivity support Wi-Fi ac Dual Band. All at a price of around 242 €.

Staying in the mid-range range we have the Xiaomi Mi TV 4C, which differ poco or nothing compared to the equivalent of the 4A range. Specifically, the variant from 43 inches costs slightly less than the 4A but Bluetooth is absent. There Xiaomi Mi 4C 55 " it costs less but has more powerful speakers from 20W (instead of 12W). As for the Mi 4C 50 ", the price rises to around 271 € but without significant changes. 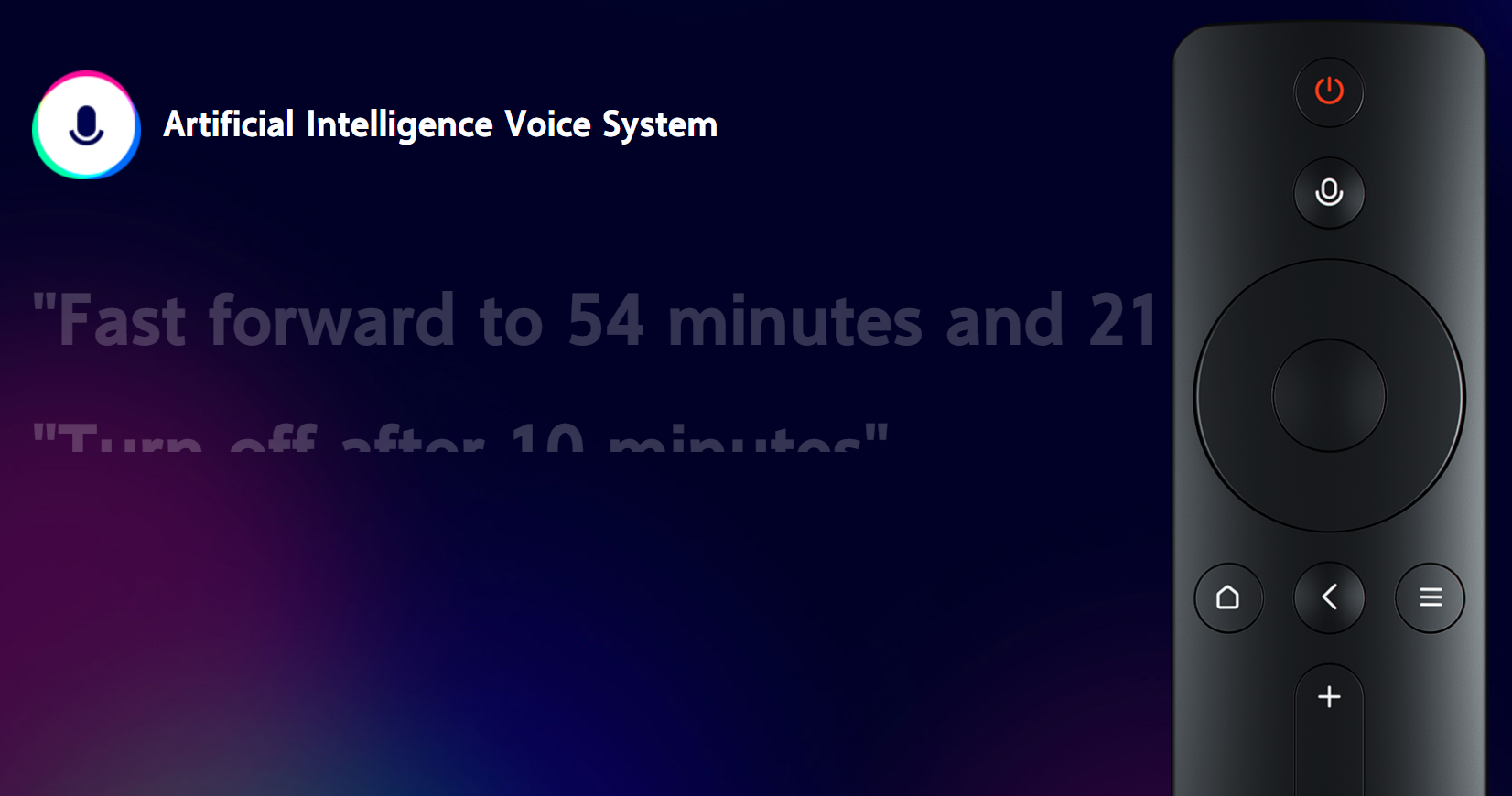 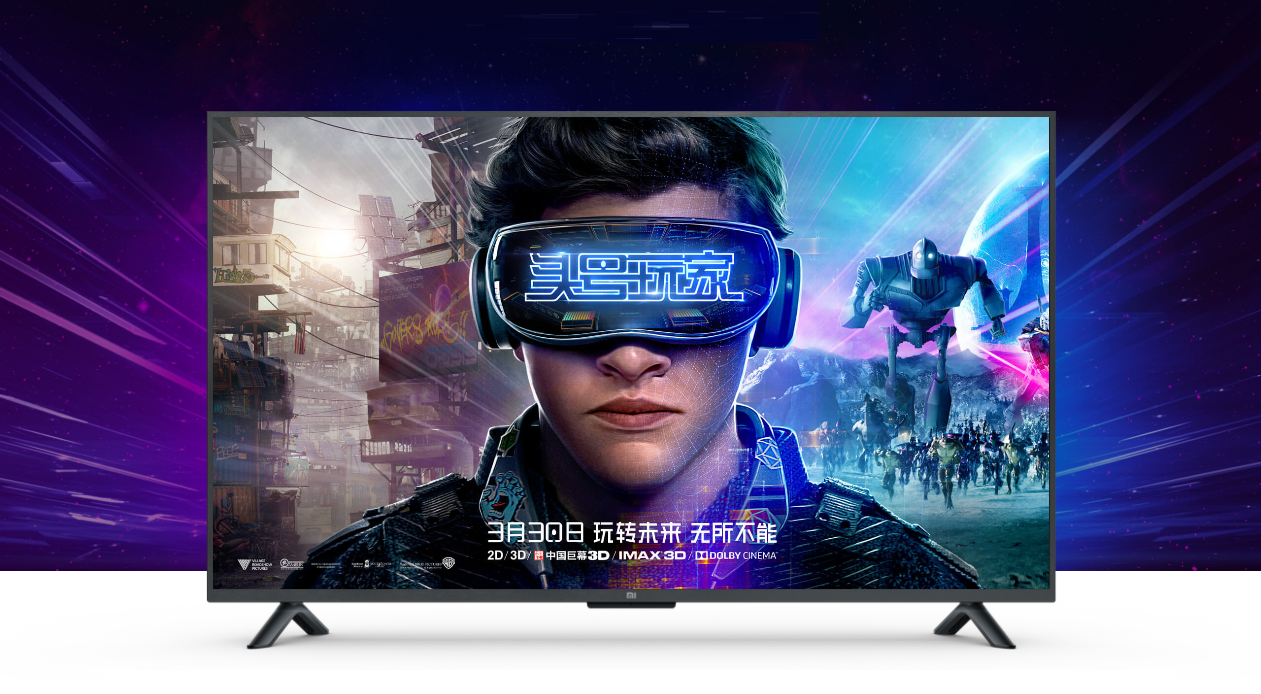 But now let's talk about the Xiaomi Mi TV 4, or the flagship of the smart TV of the Asian brand. The two "basic" models are from 49 "and 55", in both cases with resolution 4K and technology HDR. Being the high-end models, the aesthetics were also taken care of thin frames and a thickness of 4.9 mm at the top. For these the price is of 460 and 575 euro.

But the real top of the range is the Xiaomi Mi TV 4 65", or the TV that everyone would want in their living room. The price rises exponentially to well 1278 €. This is because, in addition to the wide diagonal that proves increasingly expensive (e 32 GB of internal storage), we have one soundbar to say the least poco integral. 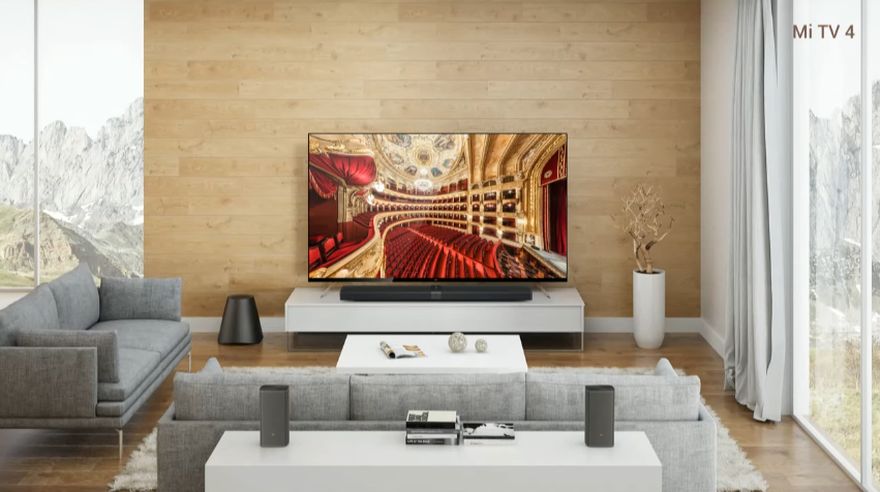 Inside, in addition to hardware and connectivity, there is an ingenious system of tweeter and woofer, which are added to the two wireless speakers to be placed behind the spectators. Not missing a wireless subwoofer, For a total of 13 speaker. All this guarantees support for the Dolby Panorama 5.1.2, a technology that recreates a surround sound to 360 °, both laterally and above our head. 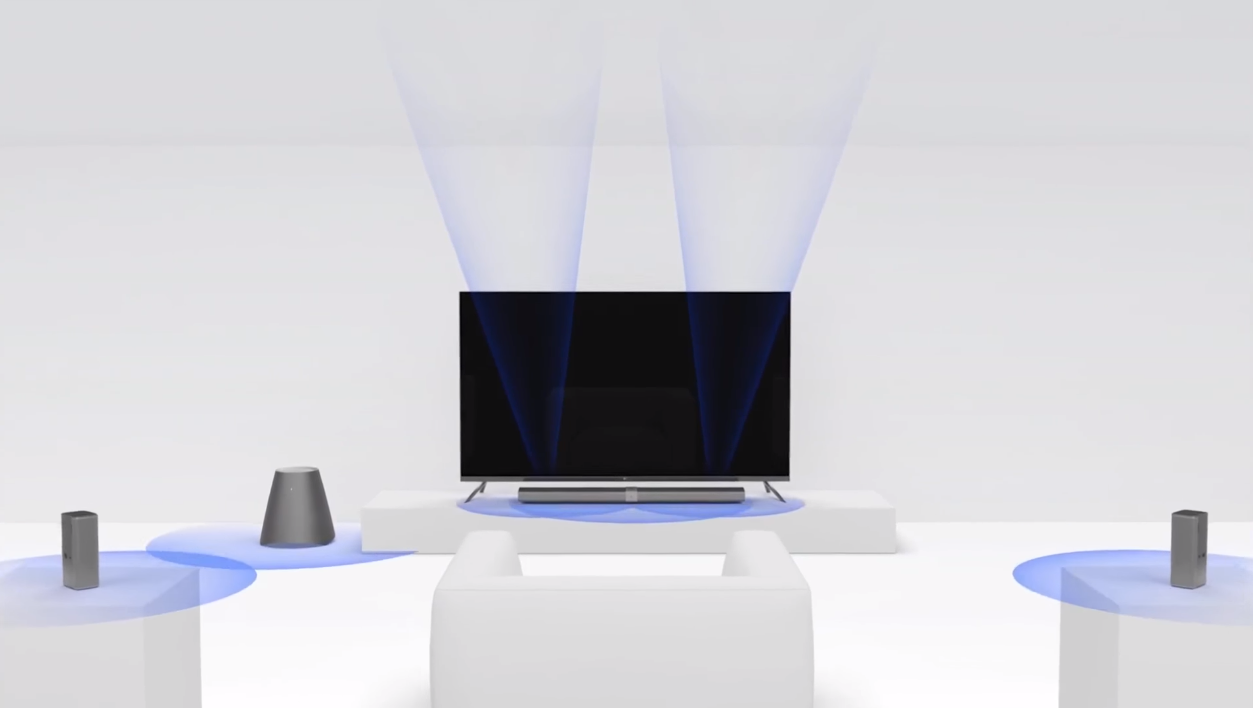 We conclude with another flagship model, albeit in some ways dated: the Xiaomi Mi TV 3S 65 ". I'm talking about it because it was at the Mi Store in Barcelona and maybe Xiaomi could decide to bring it to Europe (although I doubt it). Although it is a model launched 2 years ago, it is the only Xiaomi TV to have one curved screen, a standard that is now dead.

The 3S TV incorporates a Samsung 4K LCD panel but without HDR support, as of the past generation. The price is around 1189 €, also in this case due to the presence of the soundbar. However, only support is present Dolby Audio up to 102 db, but not the Dolby Panorama. 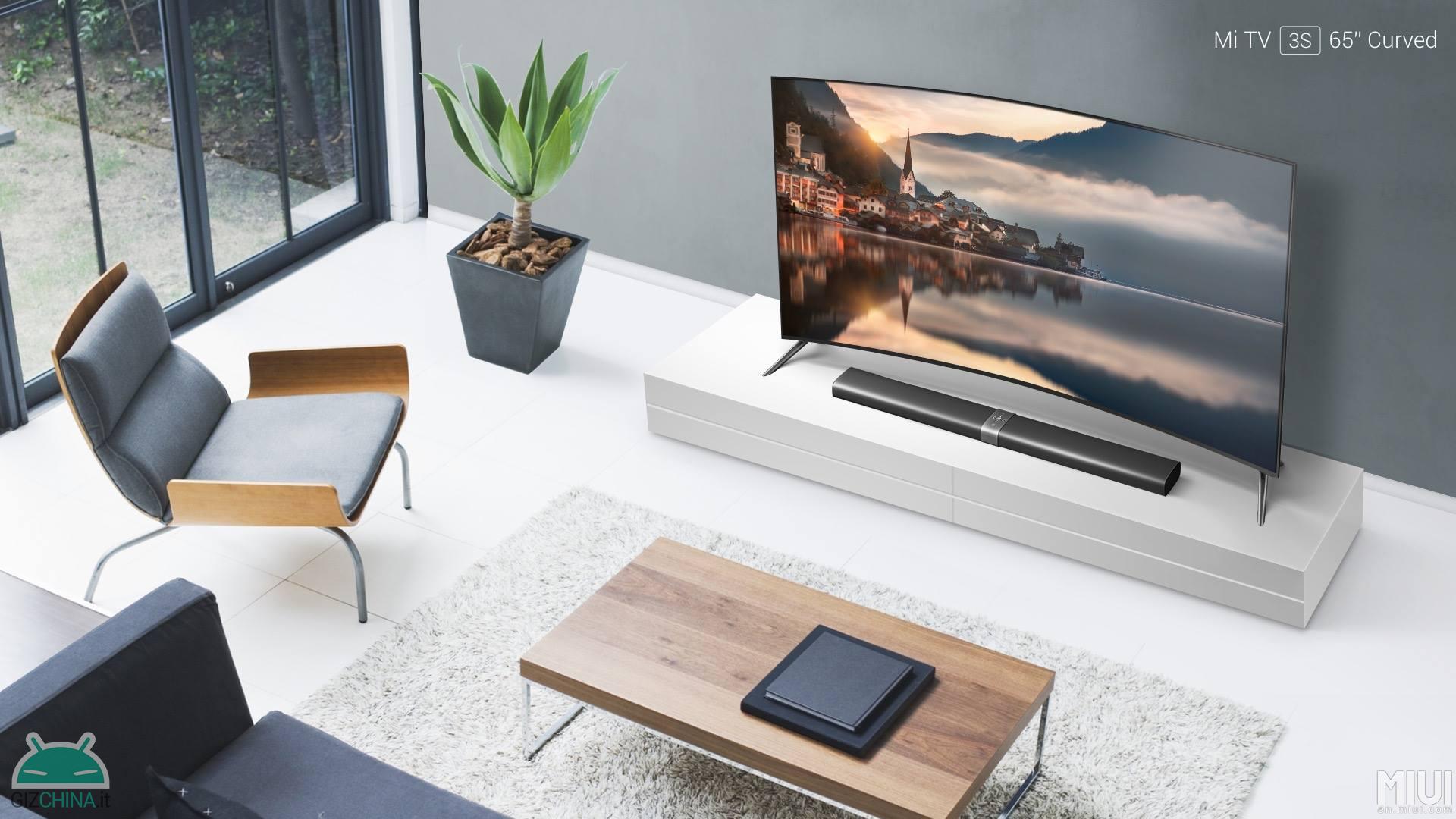