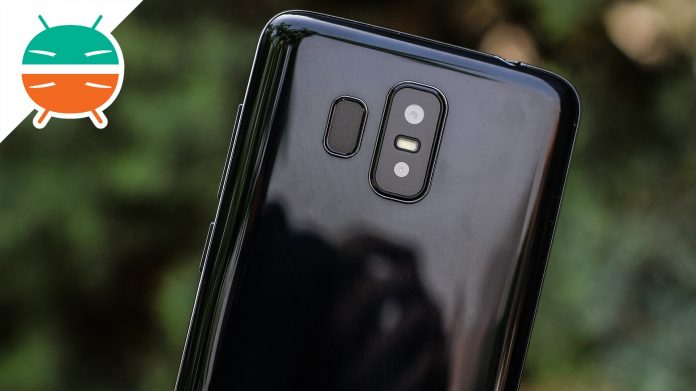 A few days ago on our channel YouTube we have proposed you best smartphones under the 100 €, making you notice that, in this price range, Xiaomi he is the boss. In the last period I put the press under pressureHomTom S7, a device that costs around 90 € and that slightly winks at Samsung for the back design.

This will be successful Homtel to surprise us and be a good alternative to Xiaomi in the band ultra low-cost? Let's find out together in our full review! 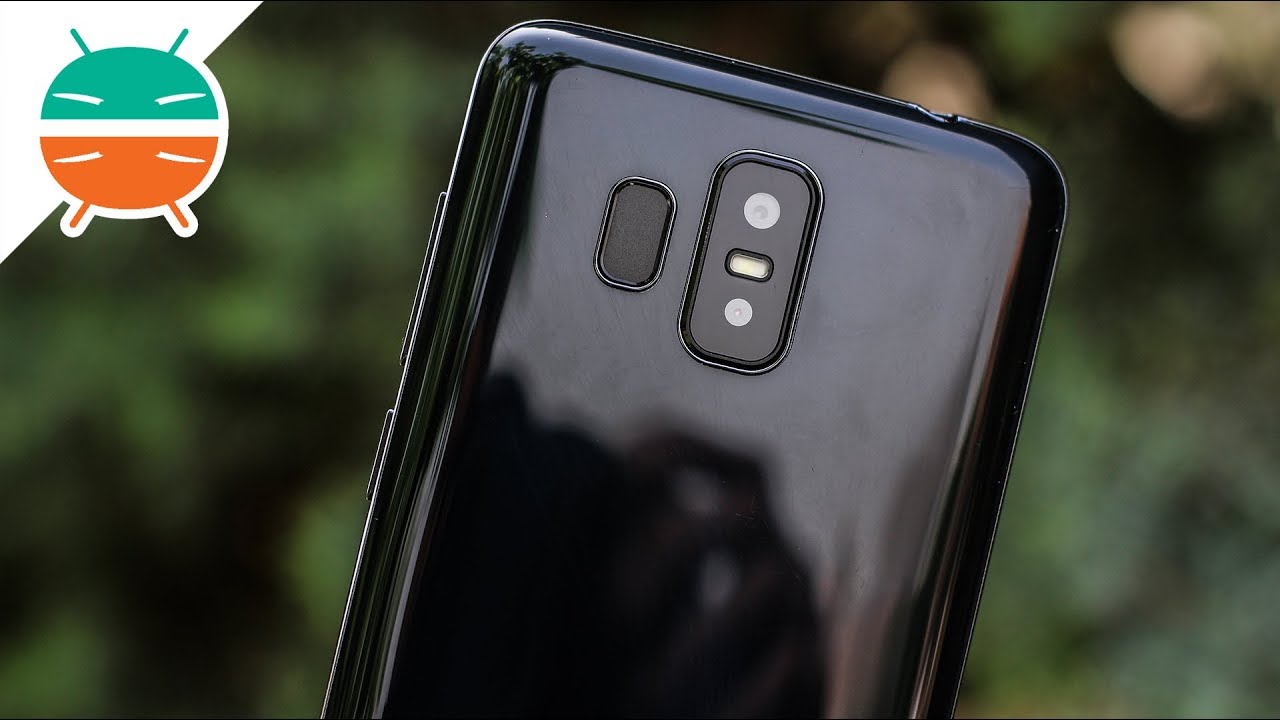 L'HomTom S7 It is sold in a very simple package made of black hardcover, which contains the following equipment:

As already mentioned above, the design of this smartphone is inspired by the Samsung Galaxy S8 (and also Galaxy S9) as regards the back cover, while frontally it appears to be like all the various devices with display in 18:9. 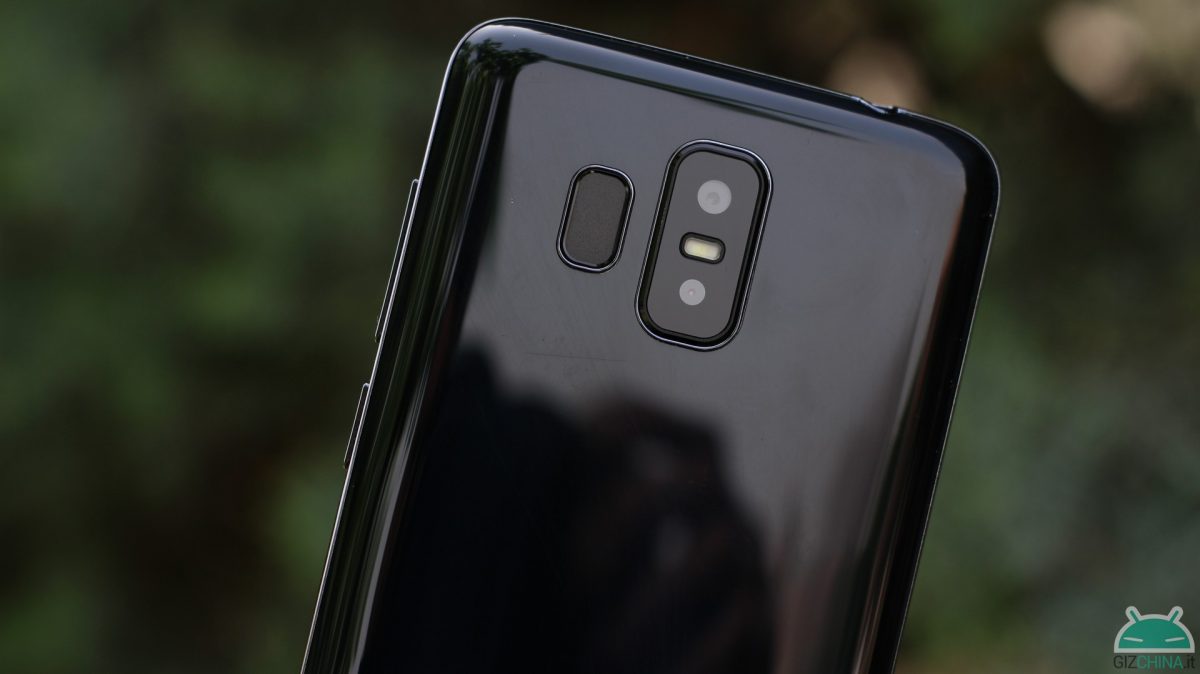 La back cover è removable (as well as the battery) and is made of glossy plastic, which is not particularly resistant to scratches and, moreover, retains many fingerprints. There maneuverability, therefore, is only compromised by this aspect because, for the rest, the smartphone is held well in hand and the weight of 207 grams It results to be well distributed. In fact, the dimensions are of 159 x 75 x 8.3 millimeters. 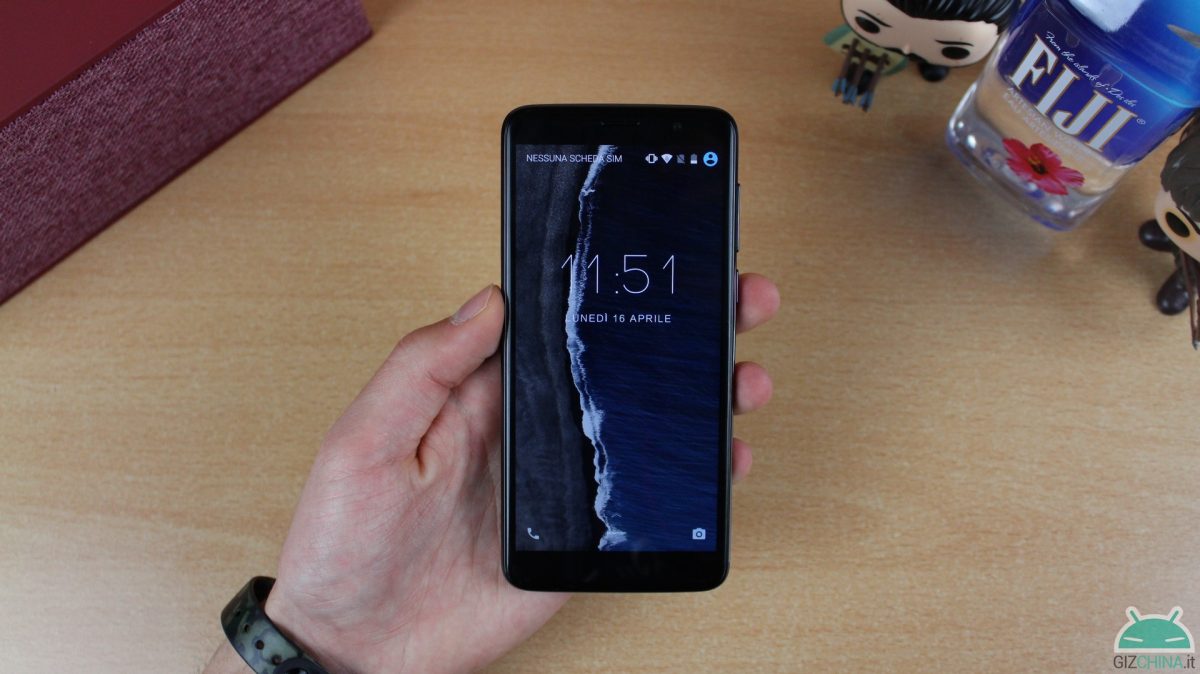 On the right side we find the volume rocker and the power button, unlike the left one which is completely empty. The mini jack input is superior, while the Micro USB input and the microphone are located on the opposite front.

On the back cover are the fingerprint reader, the dual camera with LED flash and the system speaker. The latter is positioned at a point not easily accessible and, moreover, it is often easy to place your finger on the camera instead of on the camera fingerprint sensor. Despite everything the reader works well and manages to unlock the smartphone around 8 times on 10, although it is enough slow.

At the front, finally, we find the sensor of brightness and proximity, the capsule, the front camera and the LED notification, which emanates a very strong light that in the long run could be annoying to the eyes. 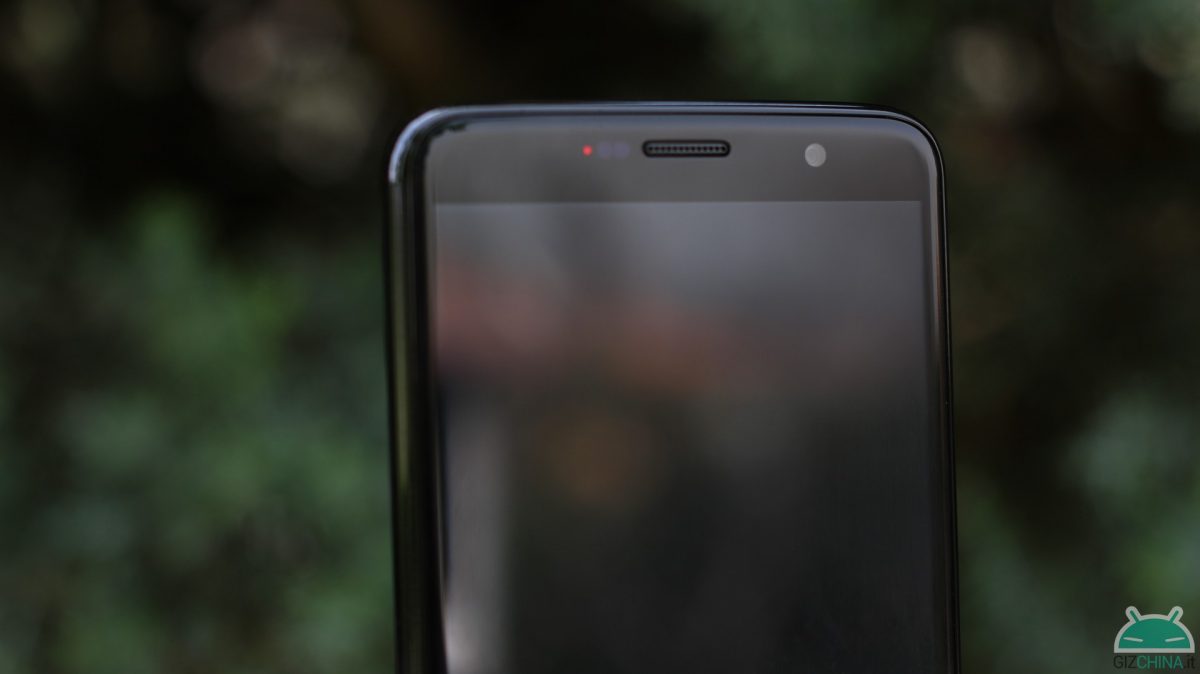 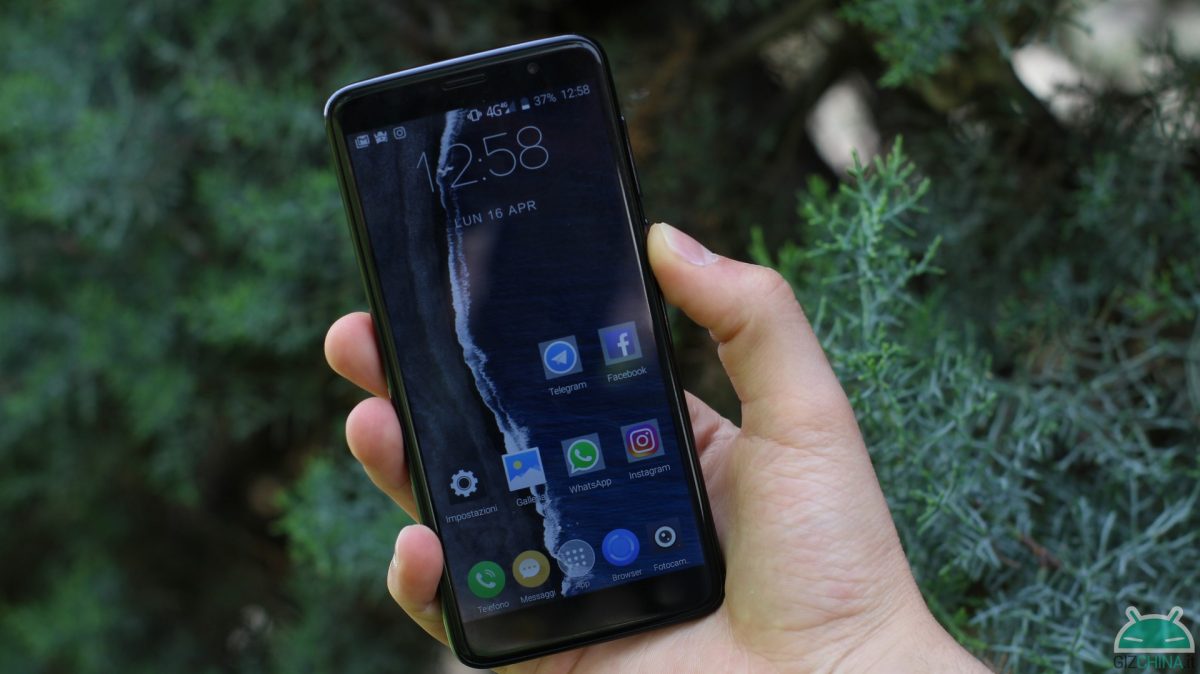 I colors they are not very intense and turn out to be slightly cold and, moreover, at extreme angles tend to turn slightly. Obviously we can not expect an excellent color fidelity given the price range. Finally, the touch screen it's not always responsive, especially when you type quickly.

To move theHomTom S7 is a chipset used very much within this price range, or the MediaTek MT6737, which is inclusive of a processor octa-core da 1.3 GHz, a GPU Mali T720-MP2, 3 GB di RAM e 32 GB di internal memory expandable via microSD.

In daily use, the smartphone is characterized by lag more or less constant due also to the semi-stock software not optimized properly. We certainly can not expect performance level from a device like that, but sometimes it was almost frustrating use it for work purposes or even for recreational purposes.

In the past, other terminals with the same hardware configuration have managed to undoubtedly do better and this can also be seen from the Gaming, as theHomTom S7 it can not turn perfectly smooth even with Clash Royale. It therefore comes from itself that heavier titles like Asphalt 8 they are not practically playable.

Later we also leave you some benchmark test that we have done:

Later we have one double camera da 13 mega-pixels (probably interpolated and with original sensor from 8 mega-pixel) + 2 mega-pixel with LED flash.

Unfortunately the shots are not enough since the quality and detail are not the best and, moreover, cropping the photo you can notice a remarkable digital noise. In the automatic mode we have a wrong white balance which very often leads to overexposing the light sources / portions of the sky. This is possible to notice it especially in the macro, which, despite everything, are not so bad, even at night.

In the evening the quality gets worse and the noise increases. The LED flash it should help us, but it does so with poor results. Even in this case the management of the lights can not be optimal.

Frontally we have a sensor from 5 mega-pixels interpolated up to 8 mega-pixel. As far as the shots obtained are concerned, the above is repeated.

THEaudio output from the speaker on the back it is not very powerful and turns out to be a bit 'too much dish, extolling mainly the medium and high frequencies. In headphones, the situation improves slightly, while we have not encountered problems with the audio in call as well as the microphone.

L'HomTom S7 supports Dual SIM Dual Standby with LTE Cat.4. A big point in its favor lies in the possibility of inserting two SIMs (One microphone and a dwarf) as well as one micro SD. Furthermore, as far as the signal and reception are concerned, I have not encountered any major problems. What has not convinced me full, however, is the Wi-Fi Single Band which turned out to be a little bit below tone.

On board theHomTom S7 is present Android 7.0 Nougat with customized interface from the manufacturer e security patches of November 5, 2017. The software is definitely not the flagship of this smartphone, because slow and characterized by some lag e jamming too much. Unfortunately, in the long run the experience of daily use becomes frustrating.

The interface has been customized by Homtel but, apart from the recognition of gestures and DuraSpeed, we do not find great additions.

Under the body we find one battery da 2900 mah, which returns an autonomy in the medium thanks to his 4 hours of active screen.

Unfortunately, however, the recharge è very slow and it takes about 3 hours to get to 100%if you then use it while it is in charge then we can reach and exceed the 4 hours.

In conclusion this smartphone he could not convince me, because, although we have a hardware virtually identical to most devices in the range ultra low-cost, the performances were scarce. Probably this is also due to a software poco optimized.

Summing up, theHomTom S7 is available on GearBest about 90 €, but for a similar figure it is cheaper to turn on one of the Xiaomi that we have listed you a few days ago in ours video and the article you find on MrDeals.

Redmi Pad in an unboxing video: let's find out closely before the ...