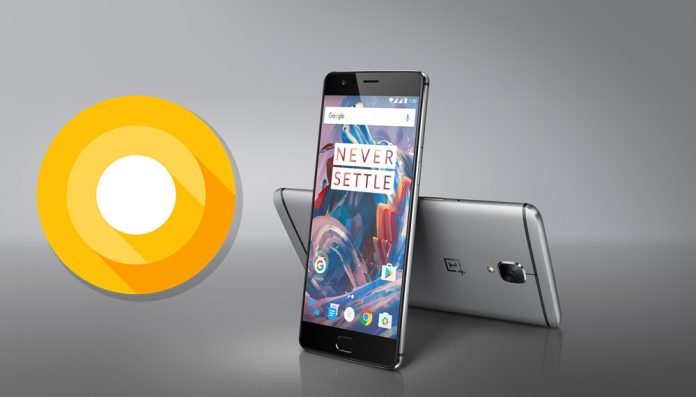 Completely opposite tenor news they come to us about the last three generations of devices made by OnePlus. If on the one hand the CEO Company Pete Lau, directly from his Twitter account, promises that i OnePlus 3 / 3T will updated to Android O, on the same day one XDA forum user post one email who says he has received from a employee of OnePlus and that would announce once and for all that, instead, Android 7.0 Nougat will never arrive on OnePlus 2.

While the first newstherefore, it comes to us from one official source, for the second we have to trust what a user declared, yet the past they make us say that it certainly appears more truthful the latter.

A lot of you have been asking, so I'm proud to say Android O will come to OnePlus 3 and 3T.

Indeed, OnePlus has in the past always stated that his second flagship, how long poco lucky, he would have received the update to the latest version of Android and this is added to continue proclamations that promised updates for two years for every smartphone of the company and that, instead, they have translated into theabandon always in advance of official support (also OnePlus One has seen the end of the development of its software in advance, even if with the complicity of the abandonment of Cyanogen Inc.).

With the hope that the great success achieved by OnePlus 3 and 3T make sure the company understands of having to behave differently and that its customers are not, now, composed only of "geeks", for the truth can always find a solution thanks to the unofficial support offered to all terminals of the company, we report the text of the alleged response provided by Alex of OnePlus to those who had asked for updates for OnePlus 2.