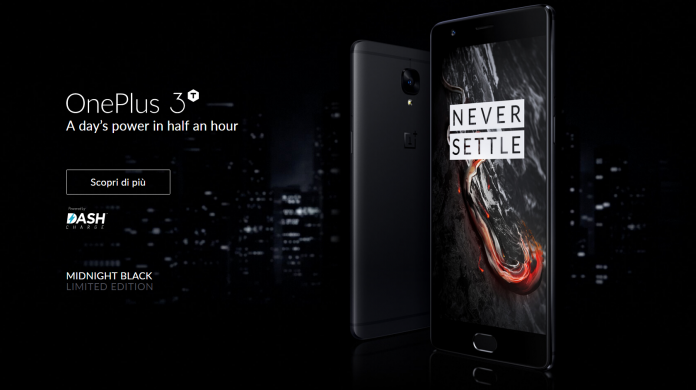 About a month ago, OnePlus announced the launch of a version in one completely black color of its top of the range, let's talk about the OnePlus 3T Midnight Black, proposed in limited edition initially available only from Colette, Paris, and then also sold on the official website. In Italy la availability was not a lot, with the device that has gone sold out in a few days but, as stated by the co-founder of the Carl Pei brand, does not seem to have gone differently also in other countries.

OnePlus 3T Midnight Black: Carl Pei announces that he will be sold out all over the world in a couple of days

In fact, from his official Twitter profile, Pei stated that the OnePlus 3T Midnight Black is practically sold out all over the world except in that UK and to Hong Kong, where however they are available still very few units that, in all likelihood, they will be exhausted in the next two days.

Just like note of color and pride, we inform you that, yesterday, Carl Pei has also got to retweet a photo taken by an Italian user of OnePlus and taken on the Amalfi Coast, claiming that it is about one of his favorite places in the world.

So you are warned, in case you want to try to spot it here in Italy, you could plan a holiday on the Amalfi Coast and lurk you waiting for the possible coming of Carl Pei, maybe trying to extract some information about the next 5 OnePlus.