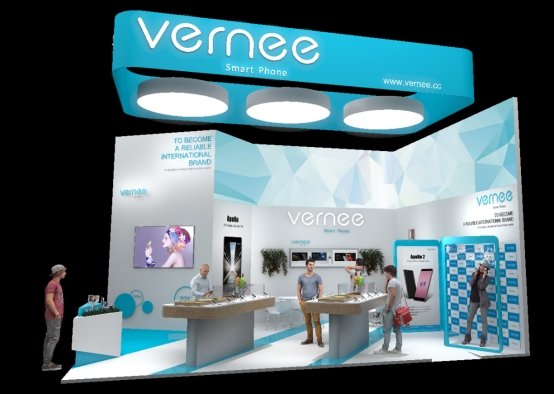 ments announced that, after a 2016 in which she entered the smartphone world trying to learn as much as possible from what was a completely new market for her, she's ready now to to explode its full potential in this 2017, exploiting the MWC 2017 and the partnership with MediaTek per present 5 new phones well, Vernee Apollo 2, Mars Pro, L 'Apollo X, Thor E and Thor Plus. 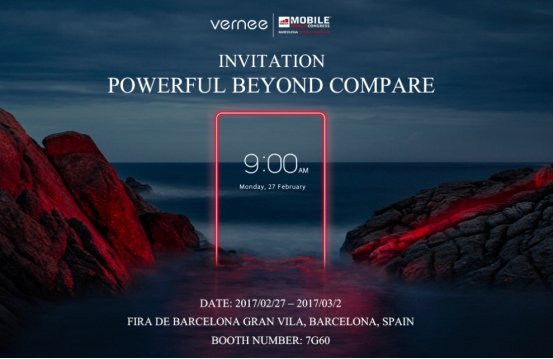 In announcing all this, the company has also shown some of the technical features that we must expect from the new devices, including the marketing dates. From what you can see, all the devices are part of the series that we have already known in the last year. Let's see together everything that has been reported on these new smartphones.

Vernee Apollo 2, Mars Pro, Apollo X, Thor E and Thor Plus will be presented at MWC 2017

Il Vernee Apollo 2 it is the direct evolution of the first top of the range of the company and, according to this, will be the first smartphone in the world to be launched with the new one MediaTek Helio X30, first chipset a 10 nm of the Chinese manufacturer. This phone will be sold in two variants, one from 6 GB of RAM and 64 GB of internal memory and the other, even, equipped with 8 GB of RAM and 128 GB of storage. 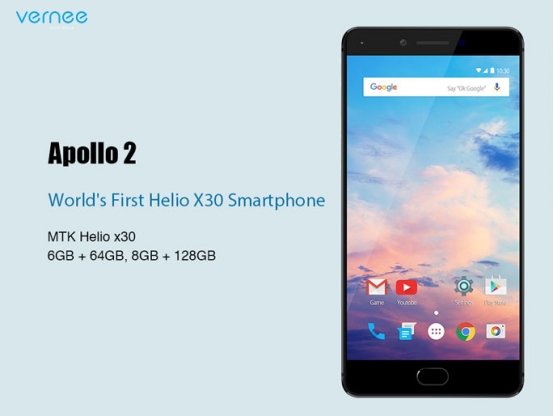 Unfortunately, however, we do not know when it will actually be marketed but the company has also shown aimage in which it is possible to notice the central physical button which will probably integrate the fingerprint reader.

Il Vernee Mars Pro, instead, is the second model of the Mars series, will be equipped with a processor MediaTek Helio P25 and will present 6 GB of RAM. Also in this case the launching period was not declared but, in addition, no image was spread.

Il Vernee Apollo X is configured as a medium range and is defined by the company "the smartphone that intends to be the Xiaomi Redmi Note 4 killer". The news spread on this phone see the presence of the now well-known MediaTek Helio X20, Android version 7.0 Nougat and the promise of a high coefficient quality-price. We also know the marketing period, planned for March. 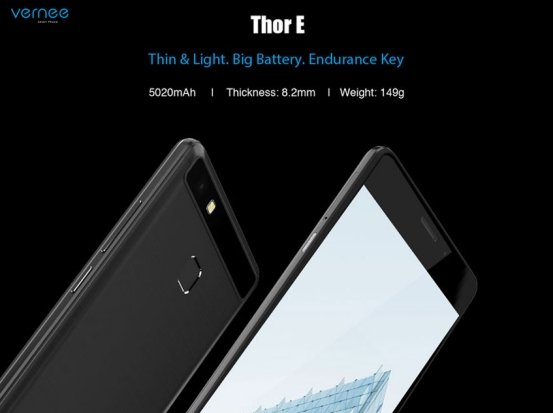 The new Vernee Thor E and Plus: here are the entry-level with great autonomy

Il Vernee Thor E, successor ofentry-level of the manufacturer, will be equipped with a screen from 5 inches and will have a thickness of 8.2 mm for a weight of 149 grams, particularly compact if we consider a battery from 5020 mAh. This will be commercialized ad April and will present, from what we can see, a rear fingerprint reader and what looks like one back cover in polycarbonate and with a glass band for the camera.

Il Vernee Thor Plus, another smartphone in the series, is characterized by being one battery phone even more elegance thanks to metal body and a thickness of only 7.9 mm for a good battery 6050 mAh. The marketing of the latter is scheduled for May and, from the attached image, it is possible to notice that it will probably also present a fingerprint reader integrated into the home button Front. 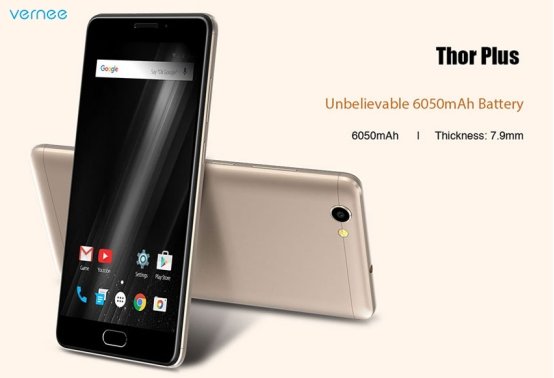 There remains, therefore, that wait for the MWC 2017, in which we will have a look at these phones between 27 February and the 2 March!