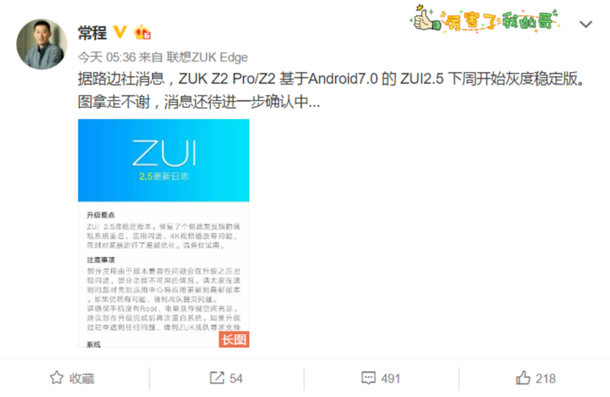 Through an announcement on Weibo, the CEO of ZUK, Chang Cheng, said that the ZUK Z2 and his elder brother, lo ZUK Z2 Pro, will be updated to Android 7.0 Nougat starting from next week.

This upgrade will be implemented in the new version of the company's proprietary interface, the ZUI 2.5 and in version stable.

ZUK Z2 and ZUK Z2 Pro will be updated to Android 7.0 Nougat next week

In posting this news, Chang Cheng also released the changelog of the next version of the ZUK user interface based on Android 7.0 Nougat. Let's see it together.

Even if we have one now approximate date as for the ZUK Z2 and ZUK Z2 Pro updates, it is still unclear when this is actually released.