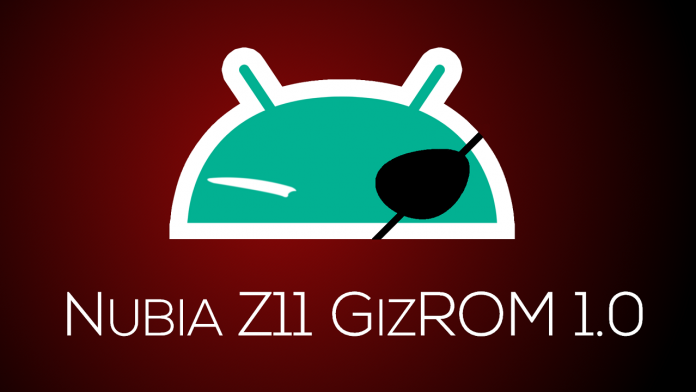 It is now almost a month since the release of the first one GizROM to nubia Z11, which marked the rebirth of the project and its development team. The custom ROM up to now has been developed since Chinese firmware, but the new one 1.4 release marks the abandonment of this tradition and has its roots on the last one international 1.20 version.

The choice of the international base, already announced for some time, was dictated by the desire to definitively resolve the known problems with notifications inherited so far from the Asian ROM. The price to pay, unfortunately, is in terms of functionality: in the new GizROM will not be present for example i themes, the daily lockscreen and the application NeoSafe.

nubia Z11: released the GizROM 1.4 on an international basis

Although the base ROM is decidedly less rich than that used for previous versions, the GizROM team has worked to make the most of all the potential of the firmware. In particular the function screenshot was taken by Chinese ROM, as well as the app Music with access to the Xiami catalog. Then there is the one hand mode and the many customizations that the "made in GizChina.it" ROM has accustomed us to.

The official discussion on the GizROM 1.4 to nubia Z11 based on international firmware is available on our forum, where you can also find the installation guide and any reports or updates. Feedback and suggestions, as always, are welcome.

Vivo V19: in the international version, almost everything changes