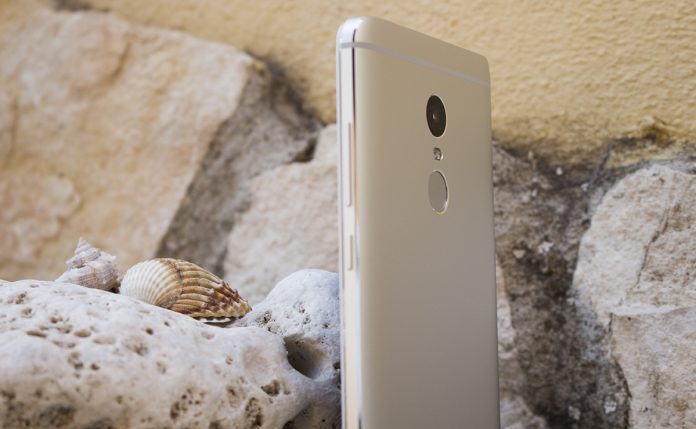 Xiaomi has recently launched two new colors of his popular phablet Xiaomi Note 4 Redmire. Latest sources suggest that the company would be working, however, also on a new version of the device, named Xiaomi Redmi Note 4X. The current model was announced in August this year in China with a processor deca-core MediaTek Helio X20 (MT6797).

A well-known and experienced leaker of Weibo revealed that the Redmi Notes 4X it may come to market as an updated version of the current 4 Note. At the same time, a leaked photo has also been leaked showing the section "About Phone"Of the alleged terminal. 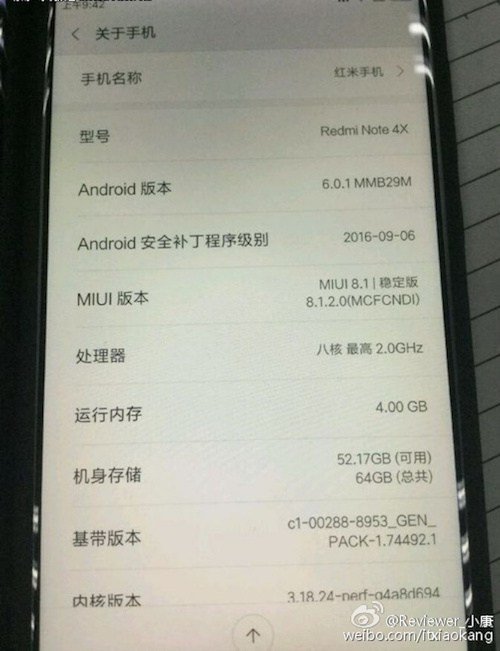 We know that from this section of Xiaomi devices it is possible to deduce some of the main technical specifications. In addition to confirming the denomination Redmi Notes 4X, the section revealed that the smartphone will be moved by a octa-core processor with clock a 2 GHz, assisted by 4 GB of RAM. The SoC in question should be it Snapdragon 653 di Qualcomm.

Other technical features revealed by the photo include 64 GB of internal storage and the MIUI 8.1 based on Android 6.0.1 Marshmallow. Unfortunately, the image did not reveal any other detail on the display, the battery capacity or the configuration of the photographic compartment.

Some rumors reported above, however, suggest that the Xiaomi Redmi Note 4X could have a display from 5.5 inches diagonal with resolution Full HD, of a battery from 4100 mAh, of a main camera from 13 mega-pixels and a frontal from 5 mega-pixels.