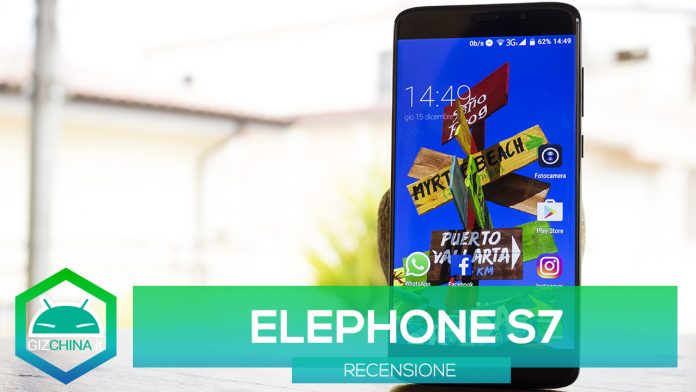 The comparison with the Samsung Galaxy Edge S7 It would seem exaggerated to many but evidently not to Elephone than with his new one Elephone S7 aims to compete directly with the Korean giant, whose top-of-the-range smartphone has been elected, practically in unison, as the best smartphone of the year.

The design of Elephone S7, actually, calls the device of Samsung, but will the performance actually be that convincing? Let's find out in ours review Full! 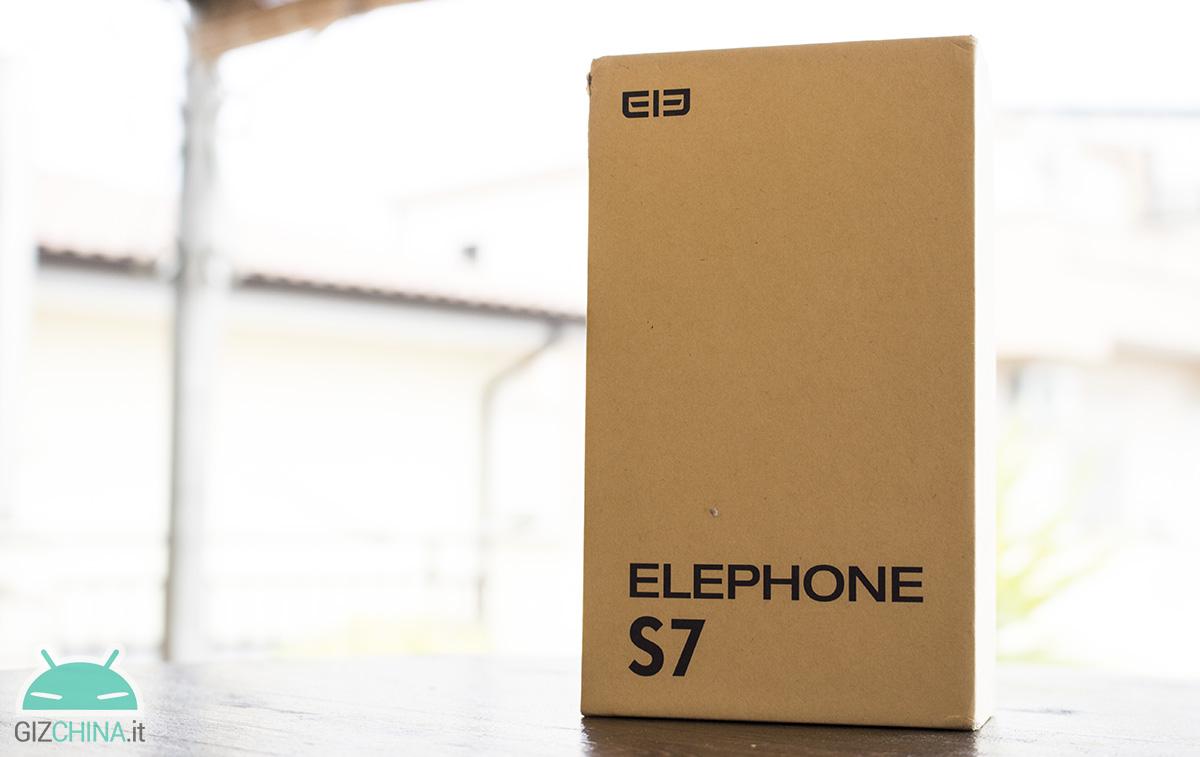 Made entirely in simple cardboard with black lettering, whose font clearly recalls that of Samsung, the sales package of the device is well supplied. Inside, in fact, we find: 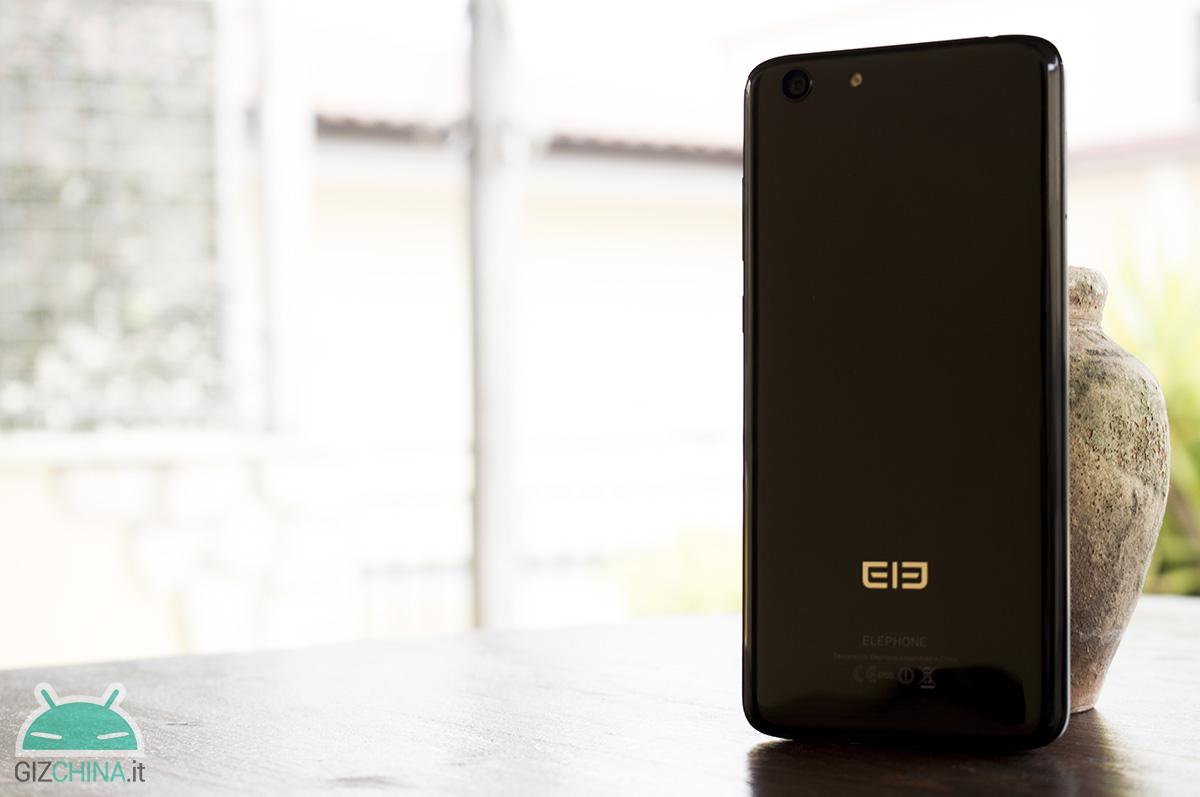 If you saw it from a distance, excluding the absence of the word "Samsung" at the top, probably Elephone S7 could be misleading, because in general the similarity is and can be seen, but taking it in your hand will almost collapse "a myth".

Elephone S7 owns soft and well-defined lines, the metal perimeter frame makes a good impression as well as the front and the back, in this color Black, which however they hold a lot of footprints during use and tend to get dirty very easily.

It is very easy to realize, moreover, to be in front of non-first-class building materials, but you would not expect anything more from a device that costs around 200 euros and not 500-600 like the original it tries to imitate.

The materials are plastic in the back and the touch and feel definitely does not get a big score. The handle on the other hand is comfortable: the dimensions of 150.3 x 73.2 x 7.6 mm and the weight of just 148 grams they do this Elephone S7 a device ergonomic e maneggievole in any situation very easily.

On the bottom of the Elephone S7 we find in the center the micro USB connector flanked by the system microphone and speaker.

At the top, however, the manufacturer has inserted only the input from 3.5 mm for headphones. Absent, therefore, the second microphone.

The left side houses the hybrid slot dual Nano SIM / microSD. The opposite side gives way to the volume adjustment buttons as well as the Power button.

Frontally, finally, Elephone has entered a front touch button Samsung-style, whose main difference lies in the fact that it is not actually physical and sensitive.

The Chinese manufacturer, however, has integrated a series of gestures in the style button mBack: with a short touch you go back, with a double touch you go to the home etc. We also find integrated one fingerprint reader, whose average precision is approximately 7 unlock on 10. 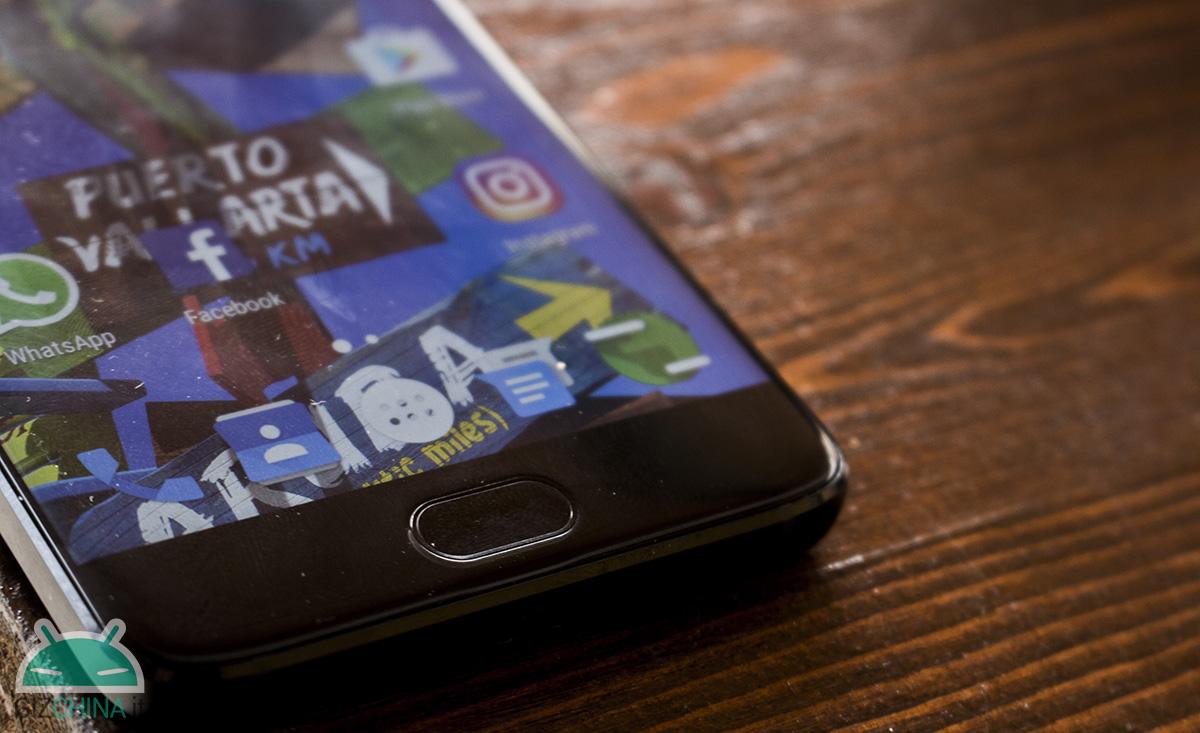 Considering that the Samsung Galaxy S7 Edge probably has the best for the moment in circulation, what we find on Elephone S7, without a doubt, there leave a little 'bitter taste in the mouth.

The terminal has a display IPS da 5.5 inches Full HD with density of PPI 401 curved on the sides and virtually definible borderless: technically we are there, even if we are practically facing gods not excellent colors and slightly washed out (fortunately adjustable through the menus ClearVision of Mediatek). 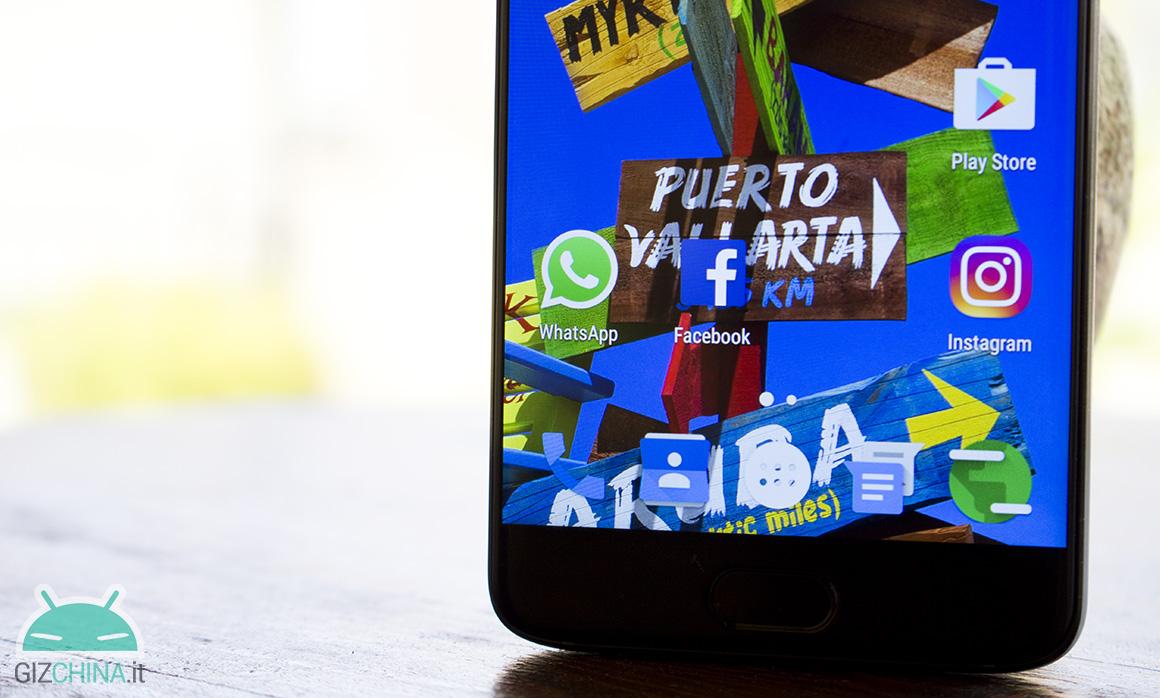 Good it is instead the maximum brightness of the display, even if its setting is not precise; through the toggle, in fact, it is difficult to reduce the brightness of the panel, which therefore remains very bright even when there is no need.

Il touch screen It is another sore key because it is so precise, but unfortunately not very reactive as you would expect, although still remains perfectly usable on a daily basis, except for users who are used to typing very quickly on the keyboard. 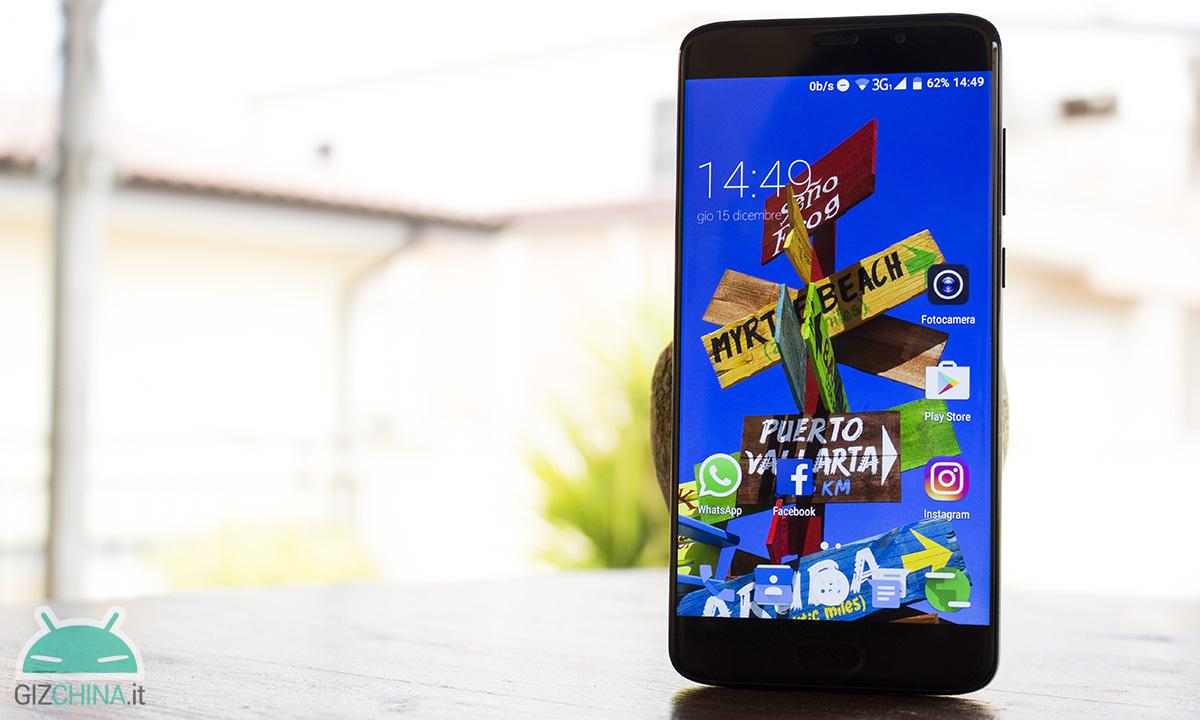 Technically, the product is very interesting especially in relation to its final price but not all that glitters is gold and we have often realized how good hardware is often not enough to make a good smartphone.

Elephone S7, in fact, presents not a few problems in everyday use: often gets stuck without particular reasons, every now and then we have been forced to restart it forcibly due to sudden freezes, while on other occasions everything works smoothly and precisely.

In web browsing the device relies on the now ultra obsolete Android browser (as well as the entire suite of apps on these devices based on the "old" Android Stock) and the performances are acceptable only if you decide to replace it promptly with Google Chrome. Both Full HD and 4K they are played without major problems.

Asphalt 8instead, it has a loading time slightly higher than the average and in play it does not have the fluidity to be compared to any other device with Mediatek Helio X20 on board.

Please note that we have updated the device to the latest available update (900 MB update) but, as often Elephone has accustomed us, its devices are starting to come to life only after numerous improvements. 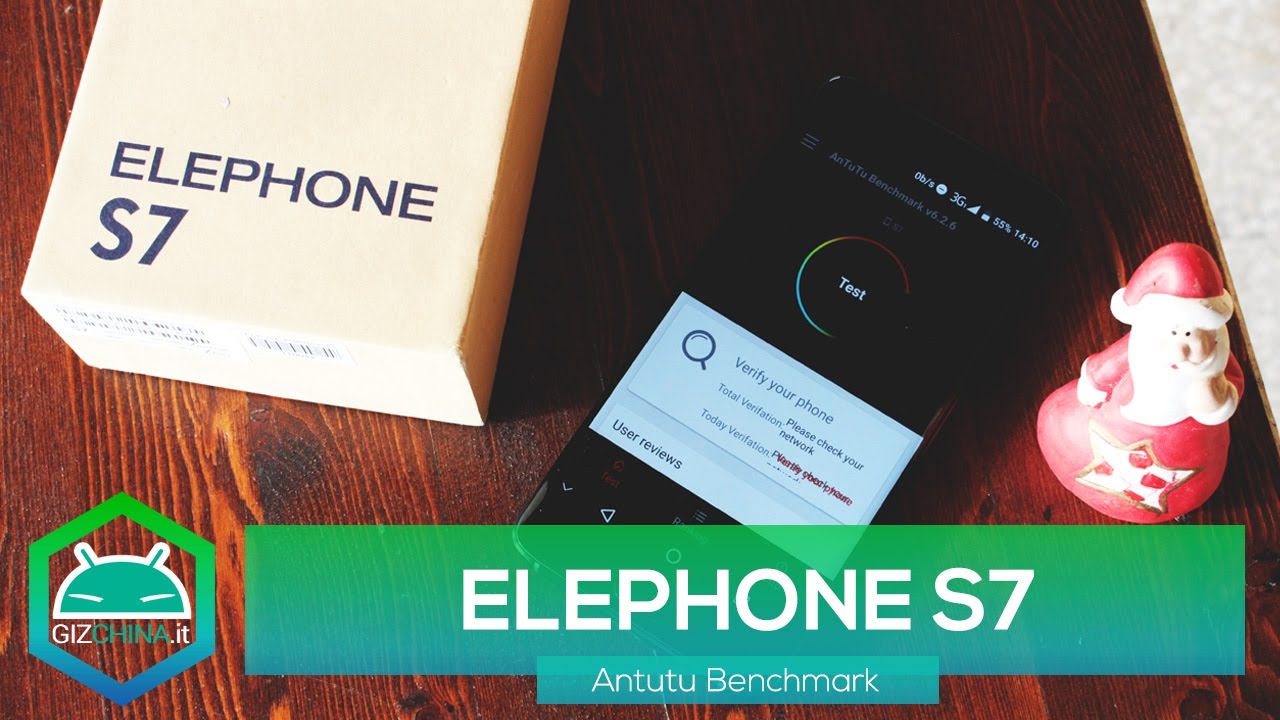 Located at the bottom next to the micro USB connector, the speaker The main feature of the Elephone S7 is certainly not what the average user wants.

L'audio output is rather dirty, free of bass and with a volume not very high to satisfy everyone.

As anticipated, the Elephone S7 presents the support dual Nano SIMs.: the reception è average and also with poco signal you can do all the operations. It is present, as always for Elephone, support for the 20 band for the LTE, a plus not to be taken for granted with devices of this type.

Nothing to say about the Wi-Fi 802.11 a / b / g / n, always reliable, as well as the Bluetooth 4.1.  Slightly disappointinginstead, the GPS, whose fixed it turned out slightly slower respect the average and with a rate of slight imprecision in positioning. 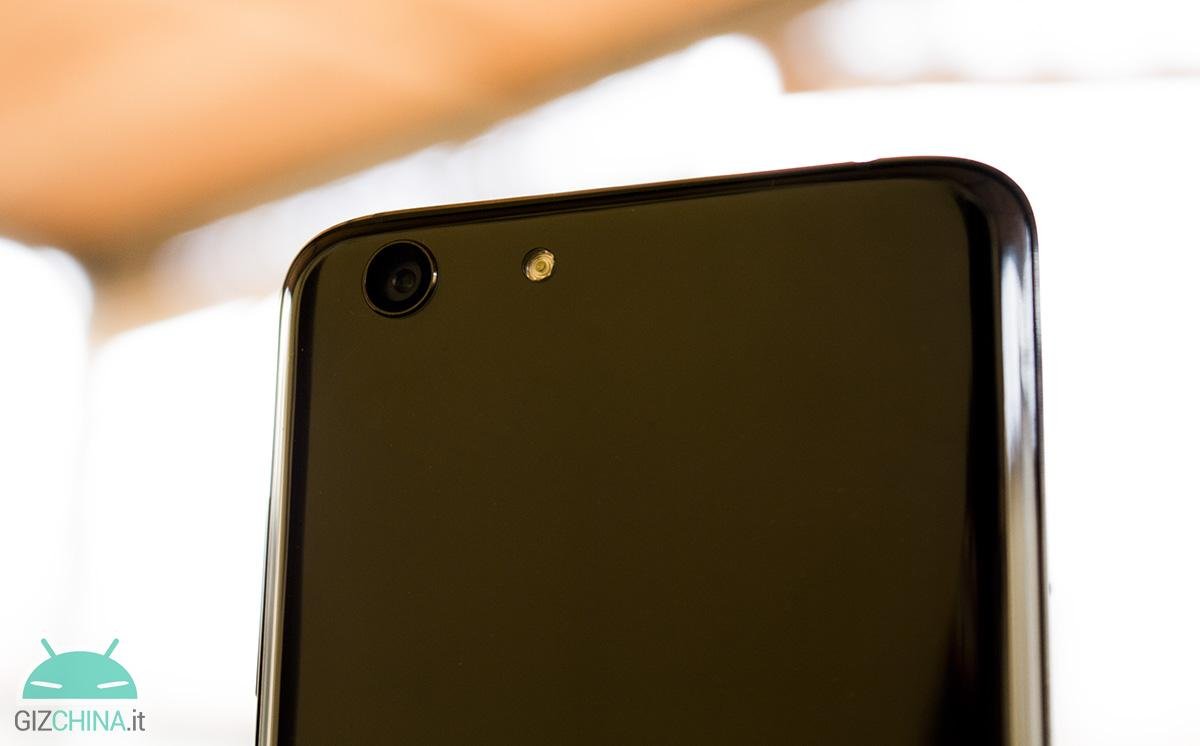 You know, the photographic aspect of this range of devices usually leaves something to be desired and also this Elephone S7, unfortunately, is the confirmation.

On board we find a CMOS photo sensor from 13 mega-pixels with LED flash and opening f / 2.2, which he realizes acceptable shots only in good light conditions. At night it is difficult to take sufficient photographs since flash lighting is poor. There stabilizationFurthermore, it is almost absent and you will have to have a rather firm hand to be able to take some pictures not moved.

It must also be said that everything has worsened even more by the presence of the stock software di Mediatek, it has been standing still for several years and without any kind of novelty; luckily with thelast update the mode has been added HDR, albeit well poco changes in the final actual photographs.

The front room, then, is from 5 mega-pixels with CMOS sensor and opening f / 2.4: poor definition and color rendering, acceptable only for sporadic video calls or some selfie without pretension.

Android 6.0 Marshmallow is the version of the green robot installed on the Elephone S7: as usual we are faced with a ROM Stock in all respects, without any kind of graphic customization by the Asian producer who limited himself to inserting only a few small features in the settings, including the possibility of enable the softkeys also in place of the physical button only.

There is no shortage of the usual ones functions di Mediatek such as Turbo Download and a good battery manager with related options related to the energy saving.

Le performance of the software are just enoughElephone has never impressed us on this front, especially in the first months of release of the device.

The new top of the range of the Chinese company can count on a battery from 3000 mAh At your service. In the use of every day can satisfy us accompanying us throughout the day with about 15 hours of use with an average of 4 half hour active screen (always a little 'less, but never a little bit more).

The times of recharge are average: with the charger included in the package, with 5V 2A output, Elephone S7 takes about 2 hours and 45 minutes to fully recharge.

Elephone S7in short, we could almost consider it as one presumptuous clone. Of course, the comparison with Samsung Galaxy Edge S7 it was certainly exaggerated, but it is a risk that a company runs into presenting such a device.

Beyond its resemblance to the top of the Samsung range, in everyday use it may not be suitable for everyone, especially for those who need a powerful and reliable smartphone in every situation.

The smartphone of the Chinese company sins mainly on the software a lot poco and poorly optimized. THE'hardwareinstead, there is and it is enough to satisfy even the most demanding users. Aesthetically enough is able to take it home, with slightly better materials it would surely have gained more points ... But let's remember that we are talking about a device around 200 euros, and already with 70-80 euro more would have turned off everyone's enthusiasm (or almost).

L'Elephone S7 is available for purchase through the official Elephone store, in this variant, at a price of 227 €. 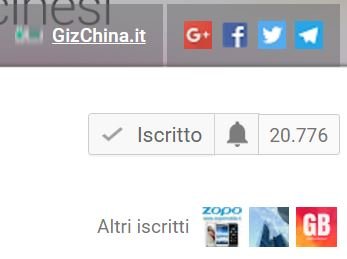