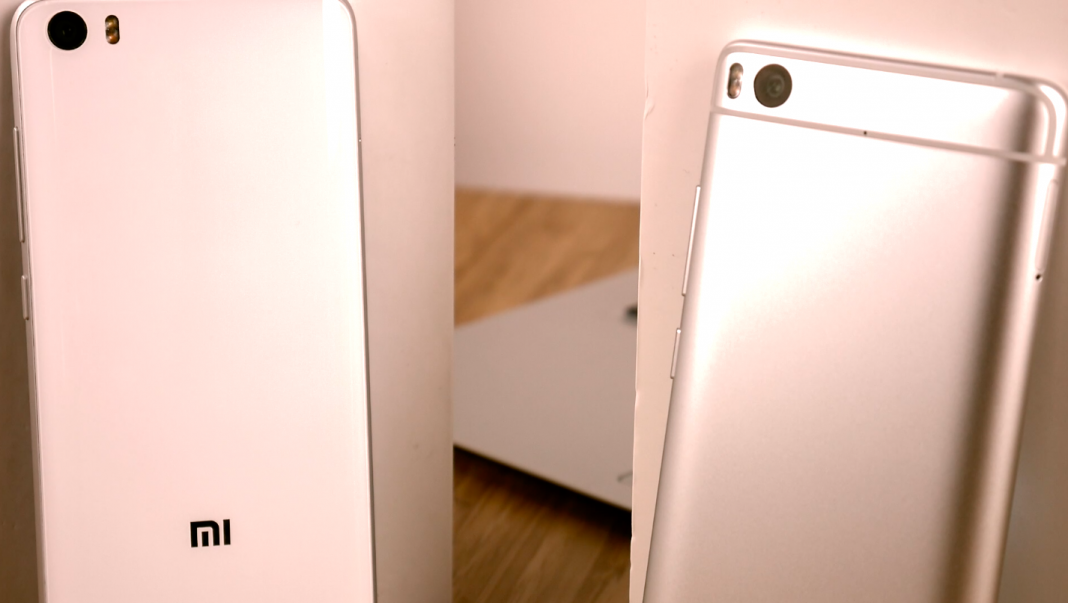 As you have noted, last week we published a comparison which showed us the hardware differences between Xiaomi Mi 5S e My 5. In daily use, the user experience seems to be essentially comparable, in terms of speed, in the opening of applications and in the overall fluidity.

Despite this, the devices propose two photographic sensors of different generation, with sensibly different characteristics. Which, between the two, will be able to offer a better photographic quality? You just have to find out, with us, in ours photo comparison e video between the Xiaomi Mi 5S e My 5. 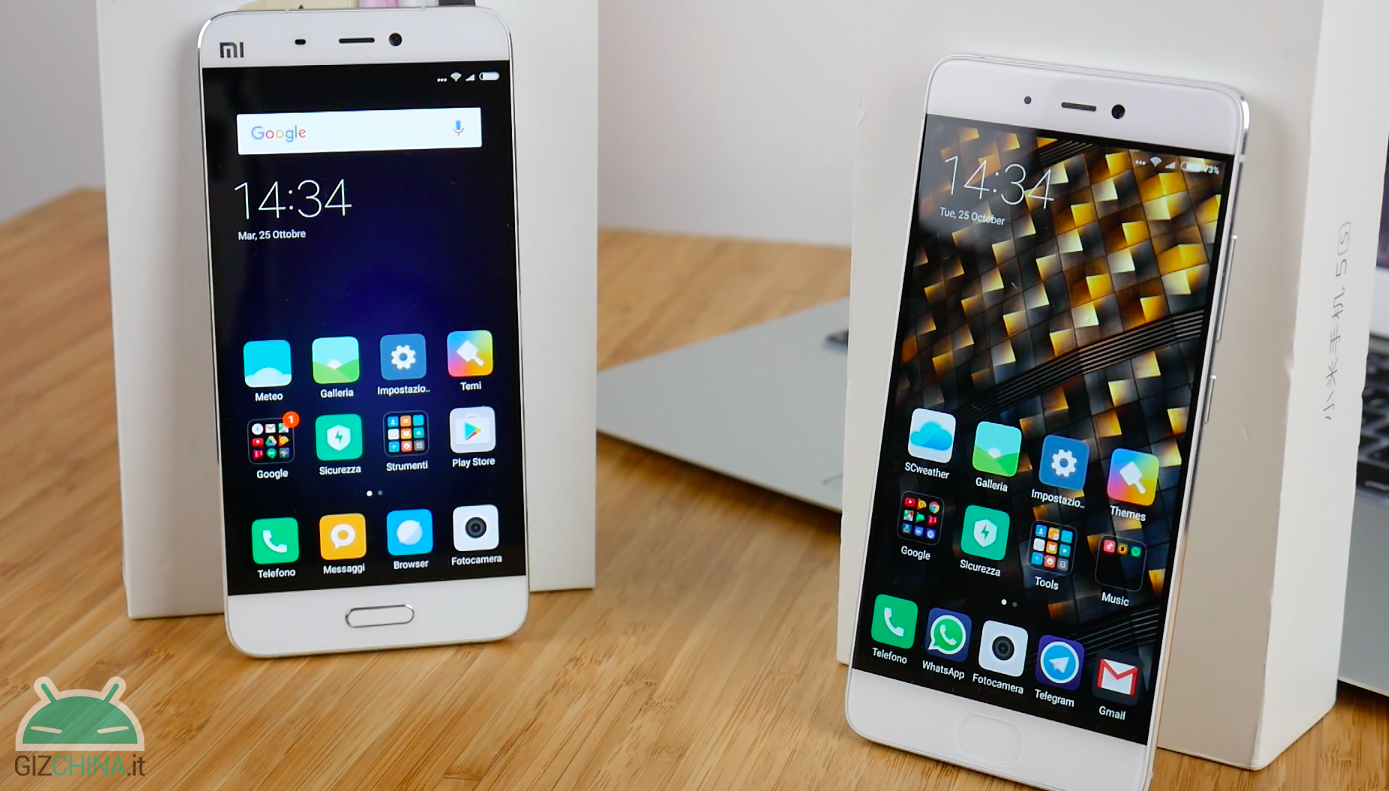 Not being a professional photographer and trying to identify with the condition of most users, I photograph the various subjects of this comparison photos and videos in tip and snap. Single "accessory"I used it was a support, I assembled, to hook the smartphones next to each other.

Specifically, one piastra per photographic accessories on which I screwed two supports for smartphones Manfrotto, all screwed, in turn, on one monopod Series Compact Manfrotto. Objectively, nothing particularly expensive and practically within everyone's reach. As a further consideration, I have been facilitated at the tip and snaps from the function HDR Auto, available incamera application area of MIUI, both for the Xiaomi Mi 5S that for the My 5.

One of the most interesting technical specifications of the Xiaomi Mi 5S it is certainly the presence on board of the photographic sensor Sony IMX378 Exmor RS, the same used by Google Pixel. 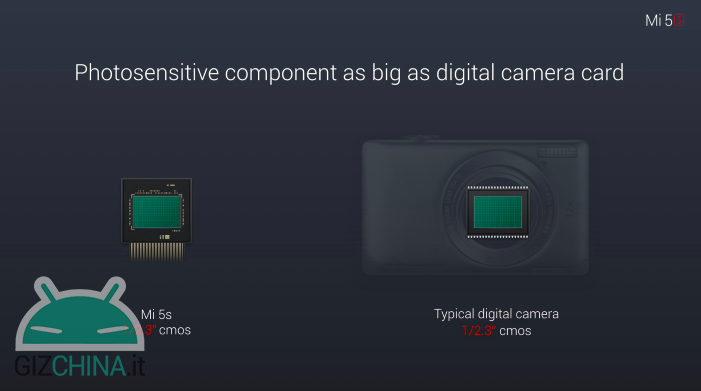 This sensor, from 12.3 megapixel, opening f / 2.0 with dimensions of 1 / 2.3 " e pixel da 1.55μm, is able to capture a greater amount of light, thus ensuring a significant improvement of the shots obtained under conditions of low brightness. 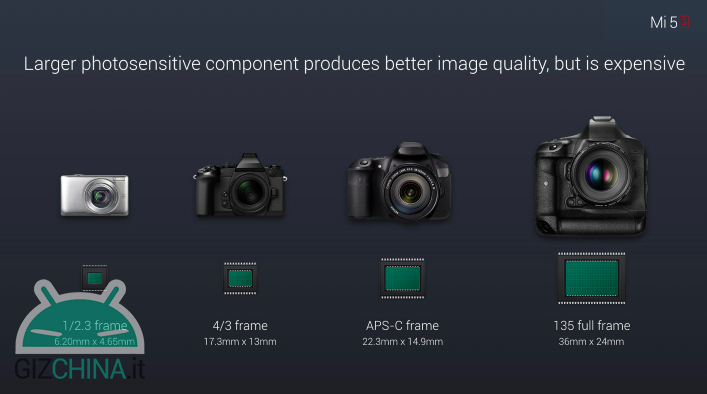 We also find a type focusing system PDAF combined with a dual tone dual LED flash. The improvements, in terms of photographic quality, are also due to the Spectra Image Signal Processor integrated into the Snapdragon 821 and arrived to his second generation. 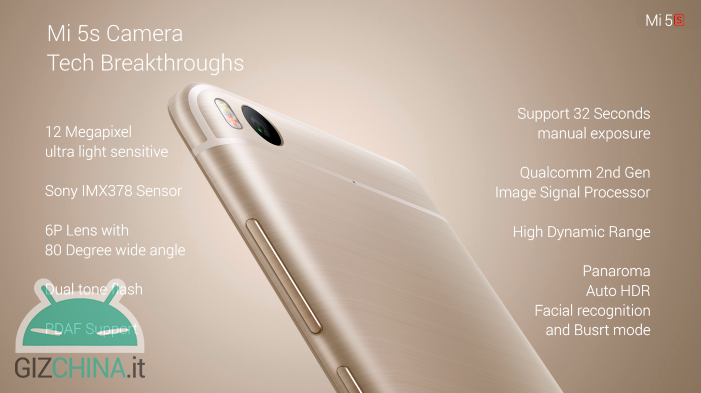 The improvements of this image processor would be visible especially in the video with resolution 4K, with a better dynamic range and in conditions of low light. Another novelty lies in the lack of one optical image stabilizer (OIS), depending on one electronic (EIS).

on the Xiaomi Mi 5instead, we find aboard on board Sony IMX298 Exmor RS da 16 mega-pixels equipped with opening f / 2.0 with dimensions of 1 / 2.8 " e pixel da 1.12μm, also in this case we find a focusing system PDAF, matched one dual tone dual LED flash. 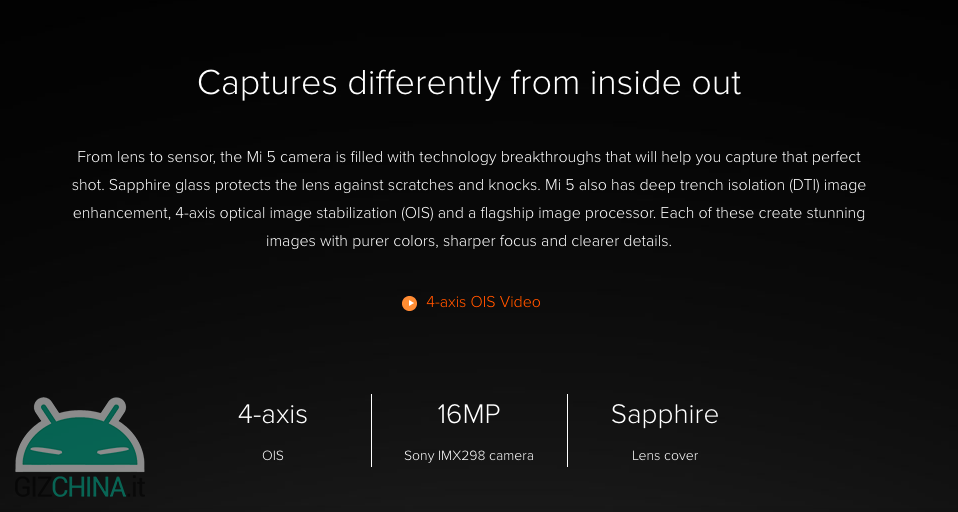 even the My 5 integrates it Spectra Image Signal Processor, in this case, however, in his first generation, being the smartphone equipped with the SoC Qualcomm Snapdragon 820. Complete the picture of the technical specifications, one optical image stabilizer (OIS) on four axles. 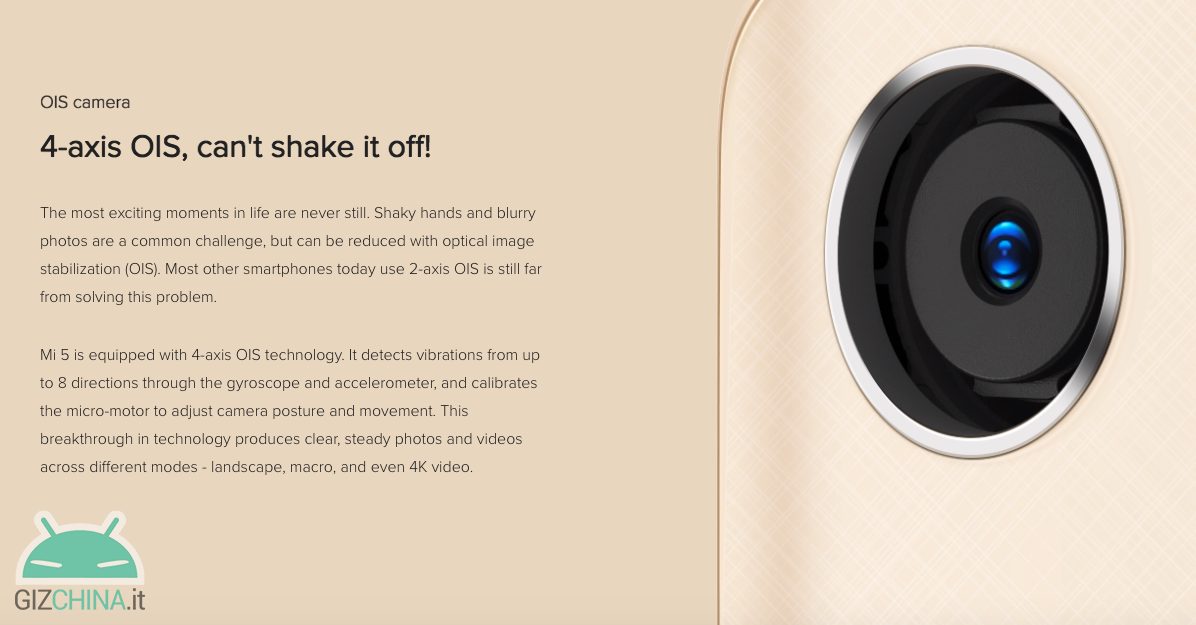 Below, we propose a gallery of photographs taken with both smartphones at the tip and snaps. As mentioned previously, in all situations the function was used HDR Auto with flash disabled. Only in photos taken with the flash activated, not in automatic mode, the function HDR it is deactivated automatically.

In terms of video recording, both smartphones allow you to reach the maximum resolution of 4K a 30 fps. Furthermore, the format is available Full HD, always a 30 fps, absent the possibility, therefore, to shoot video a 60 fps. Differences between the two devices concern the system of image stabilization.

Indeed, on the Xiaomi Mi 5 we find an optical image stabilizer (OIS) that works on 4 axis, to better compensate for the flicker and the oscillations during the recording phases. As regards, instead, the Xiaomi Mi 5S, here we find an electronic system (ICE CREAM) which, according to the Asian company, should also guarantee excellent results.

Analyzing the video comparison, made in Full HD, we can see how the electronic stabilization in the I 5S you work pretty well. In fact, the results obtained do not regret theOIS su 4 axis of My 5.

Under conditions of recording at resolution 4K, the situation is reversed. The greater stability of the product is clearly visible My 5 compared to his older brother. For personal opinion, considering the continuous updates of the community linked to MIUI, it is possible that there may be implementations, in terms of software optimization, such as to improve the performance of the stabilization ICE CREAM on I 5S, in resolution videos 4K.

Although the Xiaomi Mi 5, about a distance 8 months, does not disfigure absolutely compared to the new I 5S, my advice is to consider buying the latter. First of all, due to the price gap between the two devices, not particularly large which, however, makes me prefer the latest hardware of the I 5S.

The latter also offers one better autonomy compared to My 5 and, on the whole, a upper photographic sector. It will be interesting to evaluate how, being a young device, Xiaomi it will update it by improving what is currently its criticality.