Meizu has released on Weibo a new teaser about a press conference to be held on 30th November in China. This time, the poster contains the phrase "Make 6 Great Again", Perhaps referring to the next version of the proprietary interface, or the Flyme OS 6. Moreover, this teaser comes in the wake of the previous campaign "Make Helio Great Again".

In the past few days a teaser has also leaked that suggested the arrival on the market of a new high-end smartphone of the company, known until now by the name of Meizu X. The last manifest could indicate the release of the new operating system Flyme 6 for the November 30 and, probably, could be presented alongside the new one Meizu X. 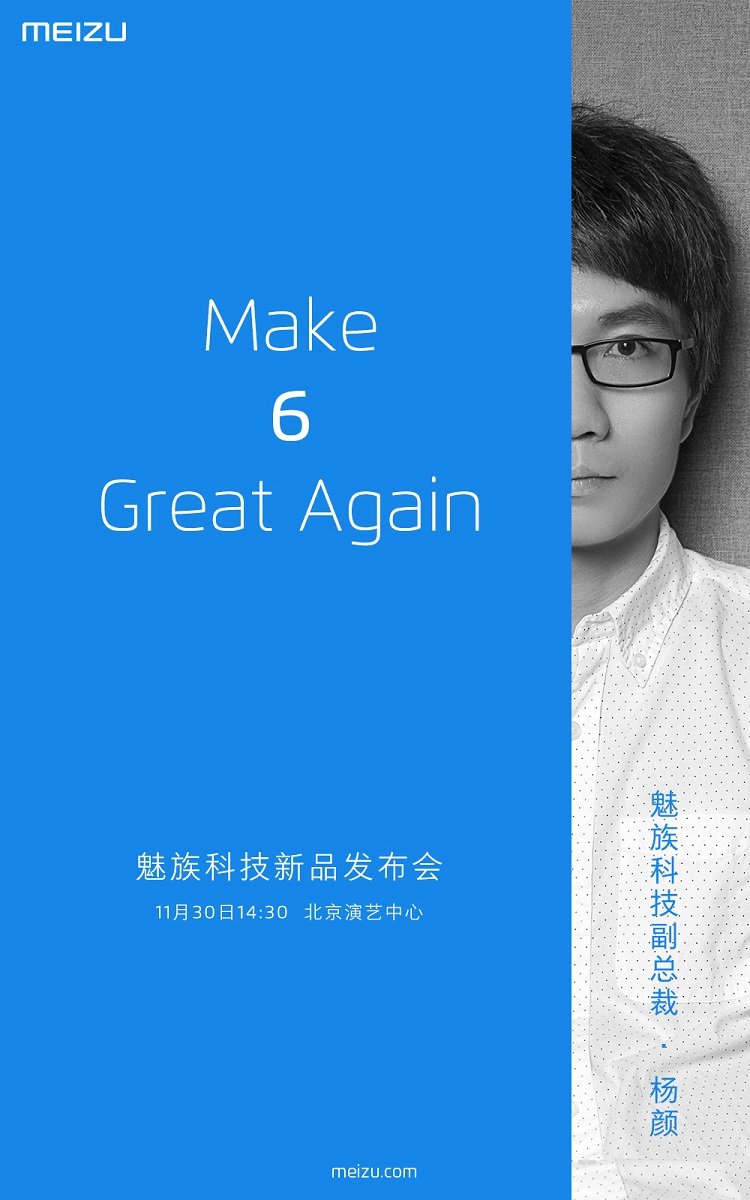 Meizu: the new Flyme OS 6 could be announced on November 30!

We remind you that this new terminal should be moved by a processor octa-core MediaTek Helio P20. By assembling all the pieces together, Meizu is probably giving us an idea of ​​some of the main technical features belonging to the mysterious device. These include, up to now, the Helio P20 chip and the Flyme OS 6.

Unfortunately, the Asian company did not reveal which version of Android the 6 release of the proprietary OS will be based but will probably be on Android 6.0 Marshmallow in place of the most recent Android 7.0 Nude. Obviously, we know nothing for sure and we will have to wait until 30th November to know more about it.